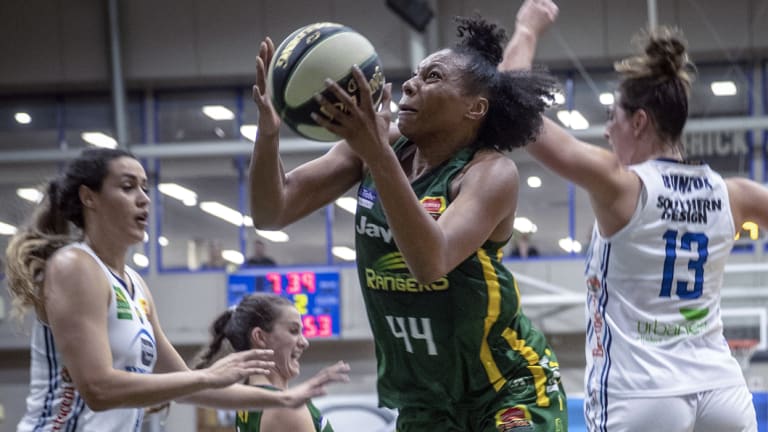 A touch of grit and a dose of inspiration proved all the Dandenong Rangers needed to claim a comeback win over Sydney University Flames on Friday night.

For three quarters the Flames looked in charge of the contest at Dandenong Stadium as they played through Opals centre Alex Bunton and found outside shots for their bevy of guards.

But in the last term the Rangers swung the contest back in their favour as their zone defence became more aggressive and veteran guard Amelia Todhunter helped force two turnovers as the Flames offence spluttered.

Todhunter’s steal led to Tessa Lavey nailing a three to tie the scores before a Todhunter drive saw two Flames defenders run to cover her, leaving centre Kayla Pedersen open for a lay-up and the lead with six minutes to play.

Still the Flames fought back through Alex Wilson whose three-pointer regained the lead, but they couldn’t find more offence as the Rangers sprinted to the finish line. Guard Rebecca Cole’s jump-shot with 38 seconds to play then pushed the lead to safe territory as the Rangers prevailed 66-62.

Cole’s 21 points led the Rangers, while Betnijah Laney was a constant force with 17 points, 12 rebounds and six assists and Lavey’s 13 points proved vital in the finish.

Bunton was dominant in the first half with 12 of her team-high 16points and 15 rebounds, while veteran shooter Belinda Snell was excellent with 11 points but didn’t return in the second half after appearing to come up sore. 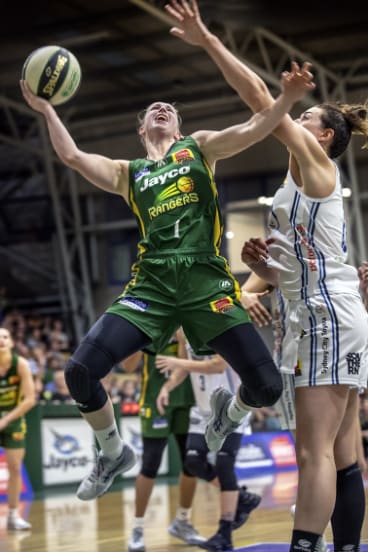 Cole praised the belief of her Rangers, who have started the season 2-0 following an upset win over Townsville last round.

“It was just the fire that we have, that we know we can do this,” Cole said. “I don’t think we played our best game but we dug deep, we backed each other and I know I was wearing my heart on my sleeve in that fourth quarter.

“That fourth quarter is what Amelia is known for, she is our grunt player, she gets things going and brings energy. Her getting things done, getting those turnovers, jump-balls, loose rebounds it was massive, especially late in the game.”

Bunton said her side was improving but would rue its struggles against the zone in the last term.

“We didn’t ace their zone and we have to be able to play, zone or no zone, we didn’t have our offence down pat and that was huge for us,” Bunton said.

“There is no excuse, if they run at us, we have to run at them but it was a huge improvement from last week, we have to be positive.”

Both clubs have another game this weekend with the Rangers playing Bendigo Spirit in Bendigo tonight and the Flames hosting Melbourne Boomers in Sydney on Sunday at 1pm.

“We played Bendigo twice in practice matches and we are fired up as we didn’t beat them in those matches,” Cole said.

“We will get in the ice baths then have a good meal and sleep then be raring to go on Saturday.”