Gungahlin Eagles centre Mitch Connolly has been chasing a John I Dent Cup grand final berth for 14 years and the veteran can finally make it happen on Saturday.

Connolly was a wiry teenager on the bench when the Eagles lost the 2006 grand final to the Tuggeranong Vikings, but he didn't get on the field that day. 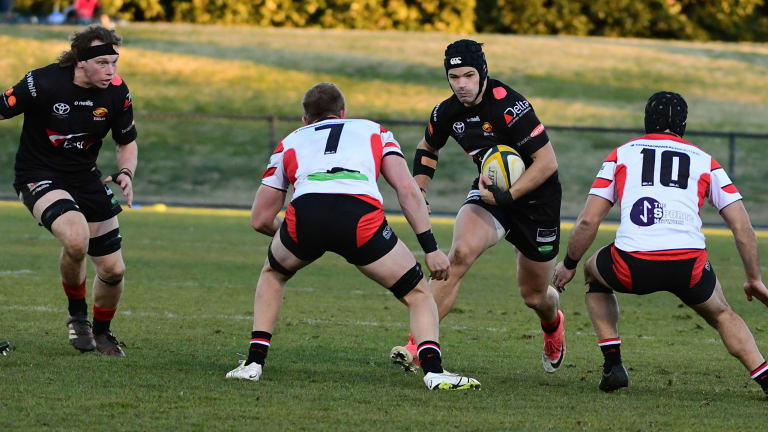 Gungahlin won its only premiership in the past 30 years in 2003 and it looked like that drought would continue this season, before a miraculous mid-year turnaround.

The Eagles were anchored to the bottom of the ladder after nine rounds but they won six of their next seven games and face Tuggeranong in the preliminary final at Viking Park on Saturday.

Connolly has played 123 first-grade games for the Eagles and his only grand final experience was with the Queanbeyan Kangaroos during a three-year stint in rugby league.

The 31-year-old said the premiership success at Queanbeyan only fuelled his desire to win one with his mates at Gungahlin, and in his final season of football he's daring to dream of a fairytale finish.

"I've been dying to get this one for club for a long time," Connolly said.

"I'm pretty confident, it's been a long time coming for me and I'm confident in what we can do and the team we've got and think we're a pretty good chance to knock them off.

"It's unreal, we've got old guys around the club from before I was born who are keen as, I've never seen the club the way it is at the moment."

Connolly was one of five players carded in the Eagles' round nine loss against Uni-Norths, but that ill-disciplined effort proved their last of the season.

The following round they knocked off Royals – who have already progressed to the grand final – and only Tuggeranong have beaten them in the past two months.

"Everyone has just found their feet, we had a lot of fresh faces and young kids join the club this season," Connolly said.

"We're now playing our style of footy and and rolling into games [with confidence] as opposed to wondering if we're going to get knocked off every week. 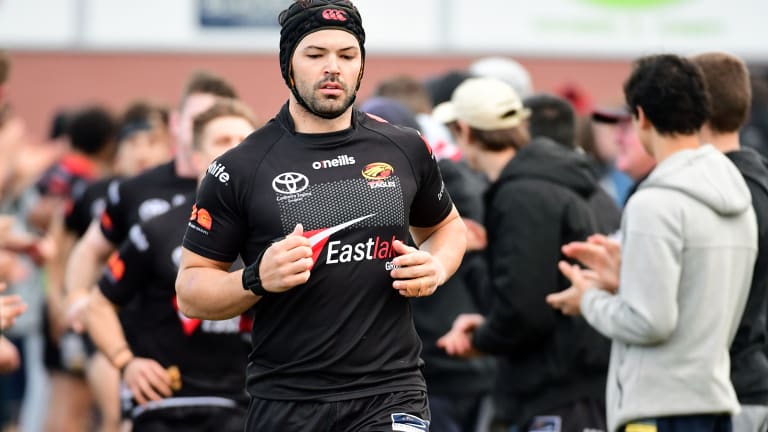 "We were saying at training this week they should do an [ESPN documentary] 30 for 30 on us, we knew if we could just turn the corner we'd get a bit of momentum and we finally got it."

Tuggeranong have five ACT Brumbies playing this week and it will be a stunning upset if Gungahlin can send the minor premiers out in straight sets.

But Connolly warned anything can happen in finals and said if there was ever a time for a boilover – it was now.

"They've got a couple of Brumbies playing and we don't, but Mack [Hansen] is a future Wallaby and BJ [Edwards] is as good as any Brumby I've seen," Connolly said.

"They've got a few injuries with Isaac Thompson [hamstring] out, but unfortunately we've lost Matt Hawke [hamstring] who I've been playing with since schoolboys."

Tuggeranong coach Nick Scrivener said he was confident the side he rolls out will bounce back from last week's loss to Royals.

"It's been one of the strengths this year for us, we've had a lot injuries so we've exposed a lot of young guys and they've contributed," Scrivener said.

"Some weeks we've had five or six colts playing first grade, so I've got no doubt whoever we ask to step up will do the job fo us, we've done it all year.

"We had plenty of opportunities [last week] and didn't take them but we've addressed a few tactical things and put that game to bed pretty quickly.

"It doesn't matter how we get there, just play well, that's the message."