Formula One world champion Lewis Hamilton prepared for the drive of his life after an hydraulics problem in qualifying left him 14th on the starting grid for Sunday's German Grand Prix.

"I will never give in or give up. Tomorrow is a new day and as always I will drive like my life depends on it," the Mercedes driver declared on social media after trying to push his stricken car back to the pits in a dramatic session. 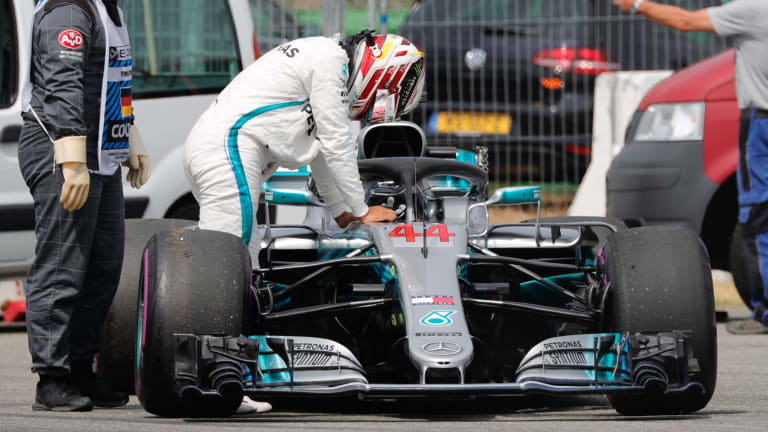 Push it real good: Lewis Hamilton was struck with hydraulic issues during qualifying.

"Good or bad, I will die before I give in," said the Briton, who is eight points behind Ferrari's Sebastian Vettel at the halfway point in the season.

The Briton crouched down next to the car after it was wheeled off the track, resting his helmeted head on the front in apparent shock.

"I've never seen body language like this from Lewis," commented former team mate and 2016 champion Nico Rosberg on Sky Sports television. "This is a huge setback."

It was also a blow for Mercedes in their home race, with the big bosses watching, as Hamilton stopped.

Team boss Toto Wolff took a phone call on the pit wall during the session, explaining later: "It was [Mercedes-Benz chief executive] Dieter Zetsche calling me and saying 'it’s unbelievable, what just happened'."

"Gears won't change," Hamilton had reported over the team radio. "Guys, I need to make it back," he added.

Hamilton ran wide at the opening corner and across kerbs but he was adamant that had not broken the car. 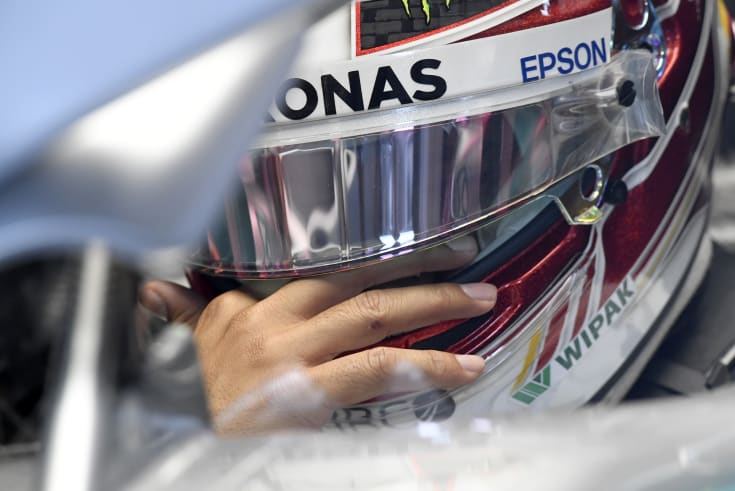 Stress fracture: It is believed the car was overloaded as Hamilton pushed the boundaries in qualifying.

"The assumption that people have made was that the bumps… was the cause of the failure, which was not the case," he told reporters.

"When I got to the exit curve, the power steering failed… I thought I'd had a tyre failure or a track rod failure."

Wolff agreed: "It’s always quite difficult to define cause and consequence. What we saw is that in the previous lap, running wide but completely within the boundaries of what you can do, saw some overload," he said.

The blow was the latest of several Hamilton has suffered this season.

He retired in Austria with a fuel pressure problem, ending a record run of 33 successive races in the points and losing the overall lead.

In Britain two weekends ago in front of his home fans, Hamilton went from pole position to last after tangling with Ferrari's Kimi Raikkonen at the start but managed to fight back to second place.

The Briton has also dropped points as a result of strategy errors by Mercedes. In Bahrain he took a five-place grid penalty for an unscheduled gearbox change.