'Hands off the tiller': RA consultant says Foxtel is missing on Super Rugby

A leading broadcast consultant has accused Super Rugby rights holders Fox Sports of dropping the ball on the ailing competition and urged Rugby Australia to demand more of their broadcast partner in upcoming negotiations.

With Super Rugby and the SANZAAR partnership at a crossroads, RA chief Raelene Castle is deep in discussions with consultant Michael Tange on what Australia's professional rugby footprint should look like beyond 2020. 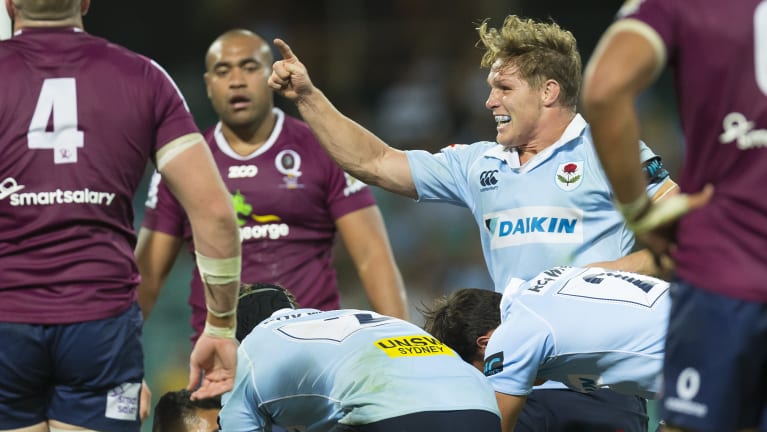 That’ll rate: The strength of local derbies like Reds vs Waratahs has helped reverse the Super Rugby ratings slide.

With television audiences stable, but well down on years gone by, and game attendances continuing to fall, there are growing calls for Castle to push for a trans-Tasman competition or to pull Australia out altogether from the 15-team competition played across five time zones in five different countries.

But veteran consultant Colin Smith, of Global Media & Sports, says RA should not be working alone to save the domestic game in Australia and should have more direction from Fox Sports, the pay broadcaster owned by News Corp, which was the major backer of the original Super 12 competition in 1995.

"Right now, one would suggest Foxtel has its hands off the tiller," Smith said.

"One of the things broadcasters are generally good at in other genres is that they are actively involved in managing and producing the most attractive product to attract the most viewers.

"Rugby Australia can't do this on their own, they need the expertise of Foxtel in leading what is going to make Super Rugby more attractive for people watching on television. That includes having more people attend games live because we know there's a direct relationship between TV ratings and attendances," Smith said. 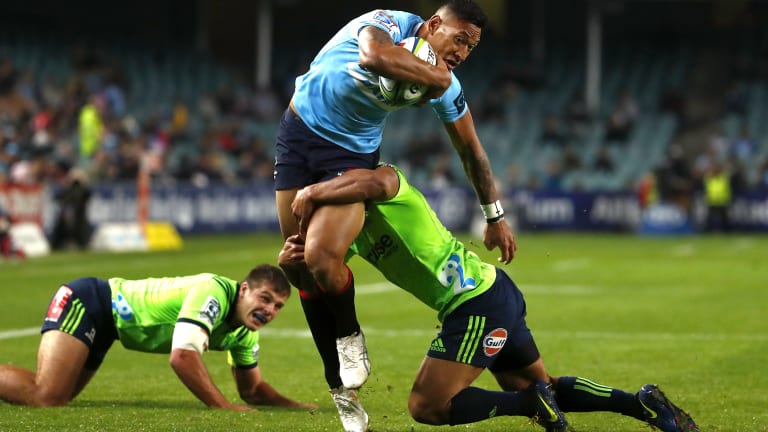 Drought-breaker: the Waratahs broke the drought against New Zealand teams by beating the Highlanders in Sydney at the weekend.

Fox Sports merged with Foxtel this year, with Fox Sports boss Patrick Delany taking over the merged entity. Smith said Delany and his team appeared to have given up on the product their predecessors designed and marketed to drive Foxtel subscriptions 23 years ago.

Rugby Australia maintains a close relationship with Foxtel management and formally consults with the broadcaster before each five-year rights negotiation, as well as any time they want to amend the broadcast agreement to add or change competitions. For example, Castle's predecessor Bill Pulver sought and gained Delany's approval on RA's plan to cut a Super Rugby team and move back to a 15-team competition last year.

But insiders say while the relationship is friendly, it is largely hands off on the big issues, with Foxtel preoccupied with its billion-dollar investments in rugby league and AFL, as well as its growing interest in motor sports.

Its $1.2 billion foray into cricket, announced earlier this year, leaves little room to spend big on rugby and, presumably, even less time to devote to resurrecting a professional competition that is struggling to deliver viewers.

But Smith said the game remained important to its subscription-based business.

"Rugby is still very important to Foxtel, because it's still a driver of subscribers in Sydney and Sydney is the largest pay television market by a significant proportion in Australia," Smith said.

"If they can get their house in order and invest some energy in rugby it will further strengthen their position, but the longer the game continues to under perform on the field in Super Rugby, or if the Wallabies' international standing continues to drop, that will be a big issue for them."

Ratings tend to support Smith's argument. Fairfax Media has been told that Super Rugby games played on Australian soil are averaging 60,000 viewers on Foxtel, a figure that has stabilised and is growing slowly after a horror two-year period.

The numbers are well down on the game's historic popularity. In 2011 Australian teams drew average audiences of 73,000, the Waratahs averaged 135,000 viewers and the Reds – the year they won the title – averaged 182,000.

But despite the rapid drop over the intervening seven years, they still sit well above ratings for the A-League, which has been a summer sport failure for the company and drove its big money pitch for cricket.