The Saints exchanged pick No.39 and their second-round selection in the 2019 draft to acquire Hannebery and pick No.28. 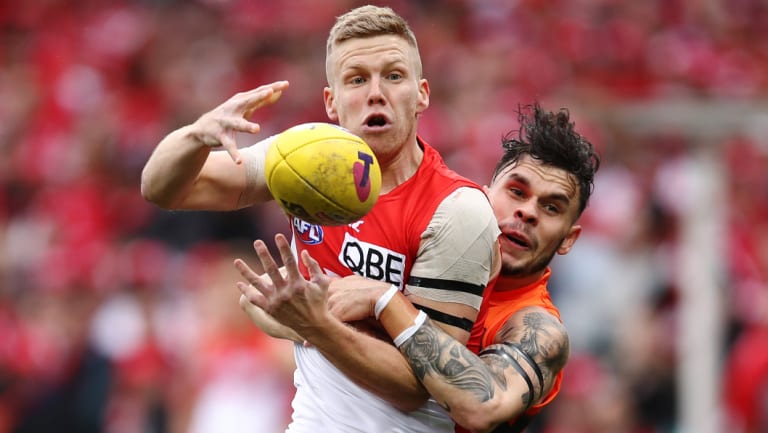 On the move: Sydney’s Dan Hannebery has joined St Kilda.Credit:AAP

The deal has freed up significant salary-cap space at the SCG, where Hannebery was contracted until 2021 and understood to be earning approximately $800,000 a season.

Hannebery's form was patchy this season during which he dealt with several injury setbacks.

The 27-year-old admitted last month he'd been "pretty sore and banged up" at times over the past two seasons but is now "feeling great".

The 2012 premiership star was among the league's best on-ballers in his prime, as evidence by the fact he is a three-time All-Australian.

"He is a respected leader and someone with a lot of finals experience, which will be invaluable for our young group on and off the field," Saints football manager Simon Lethlean said.

Hannebery, who was drafted in 2008 and famously made his AFL debut while still completing year 12 in Melbourne, has played 22 finals in a 208-game career.

"I loved my time at the Swans and will be forever grateful for the opportunities and experiences I had there," Hannebery said.

"I moved to Sydney when I was 17 and now, 10 years later, it's the perfect time for me to come back to my family in Melbourne."

The Saints have also gained Melbourne's Dean Kent, giving up pick 65 to the Demons.