Replacement flanker Ardie Savea scored a try in the final minute as champions New Zealand staged a stunning comeback to secure a 32-30 victory over South Africa in their final Rugby Championship clash at Loftus Versfeld.

The Springboks led by 12 points with four minutes to play on Saturday, but after lock Scott Barrett brought the visitors to within one score of their hosts, they showed their experience to set up an attacking lineout from which Savea burrowed over. 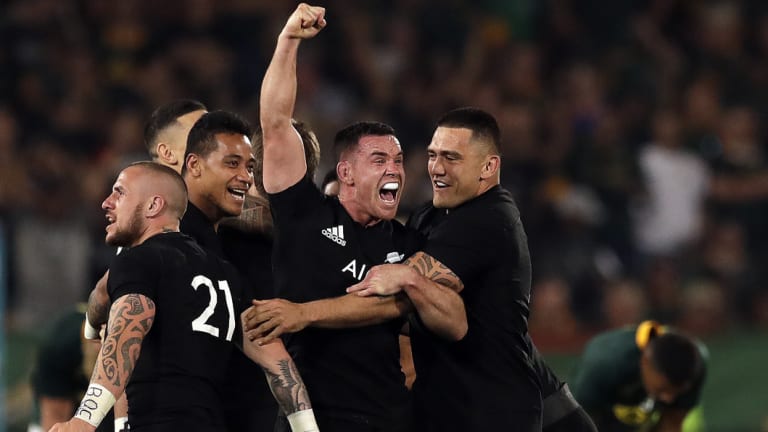 It will be a hard defeat for the home side to take after dominating the game, but South Africa couldn't hold on as centres Jesse Kriel and Damian de Allende and winger Cheslin Kolbe scored tries in the second half.

New Zealand's other tries came from scrumhalf Aaron Smith and winger Rieko Ioane as they avenged their 36-34 loss to the Springboks in Wellington last month.

"You have got to have belief deep down that you can back. Both teams were outstanding and across the two games we are split even on the scoreboard," New Zealand captain Kieran Read said at the post-match presentation.

"We hung in there, when they got a bit of momentum we were able to stymie it and come back. We showed great respect to the Boks, but both teams have got great respect for each other."

The Boks dominated possession and territory in the first half with clever tactical kicking to keep the visitors pinned in their own half.

But that did not translate to the scoreboard as the teams went into the break at 6-6 after two penalties each, with New Zealand's robust and intelligent defence keeping them in the game.

The Boks made the brighter start to the second period and within four minutes they grabbed the lead after fullback Willie le Roux, playing his 50th Test, scythed through a gap and Kriel finished the move with a fine break of his own.

The Boks were in rampant mood now and after scrumhalf Faf de Klerk had botched the chance for a second try with a poor pass, they scored again when captain Siya Kolisi burst through a tackle and fed De Allende to race across the line.

But New Zealand hit back with a typically incisive counter-attack as hooker Codie Taylor burst away and his pass to Smith gave the scrumhalf an easy score.

The momentum remained with the home side, though, and Kolbe stretched to dot the ball down on the line in the corner, with Pollard adding the difficult conversion. 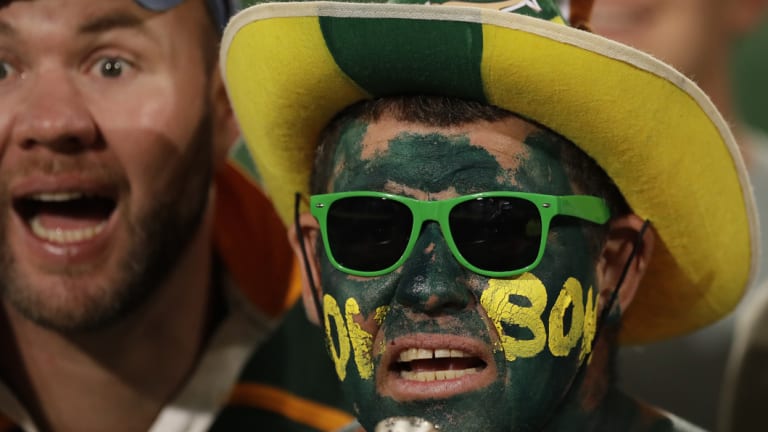 But New Zealand are famous for upping the game in the final 20 minutes and they did so again.

When the Boks knocked on from the kick-off, the visitors were able to get into a scoring position from an attacking line-out and Ioane finished off the move.

Barrett scored a try after incessant New Zealand pressure to reduce the deficit to five points with four minutes remaining, and with time almost up, Savea set up the win sealed by a Richie Mo'unga conversion.

"We let it go at the end, they were more alert than us," Kolisi said.

"It was really good at times, we will have to learn from this and go back and look at we need to do next time. But I'm proud of the way the team is growing."

Coach Steve Hansen said New Zealand's ability to keep up their intensity to the end was a key factor in his side's stunning comeback.

"I'm proud of the character they (the players) showed," Hansen told reporters. "A couple of weeks ago we didn't manage the game very well and I think (captain) Kieran (Read) and his leadership group can take a lot of satisfaction over how they managed tonight's game.

"It could have easily been one we let go and allowed them to win, but they dug in deep and refused to give up. Sometimes if you keep knocking on the door someone will open it and you can come in. 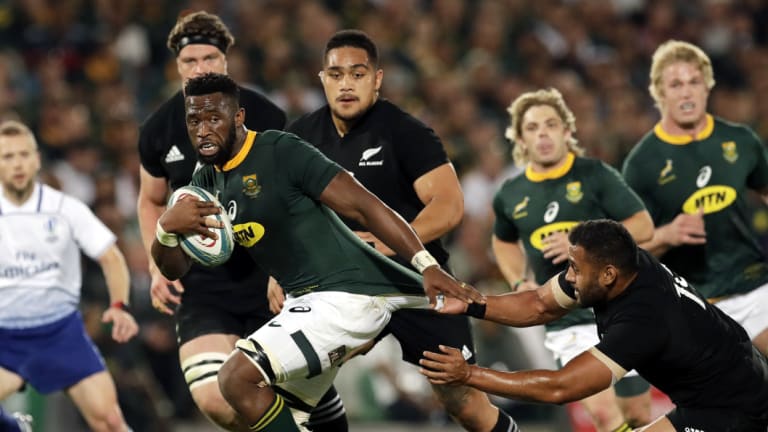 "It's an 80-minute game and you have to deal with that. You have your bench there and you need to use them. You can't use the same 15 for the full 80 minutes, players run out of gas."

Hansen had praise for the improved Boks, whom his side had humiliated 57-0 in last year's Rugby Championship under former coach Allister Coetzee.

"South Africa, I thought, played incredibly well and they are probably unlucky not to win it. But a few weeks ago, we were sitting and thinking we were unlucky not to win, so it's been two great Test matches that have been great for the game.

South Africa and New Zealand have been drawn together in the pool stages of next year's Rugby World Cup in Japan, along with Italy, Namibia and the Repechage qualifier.