Graham Arnold has talked a big game since ascending to Australian football's top job about the array of attacking weapons he has at his disposal and what he plans to do with them. This weekend marks the first proper test of his tenure, and it's a doozy. 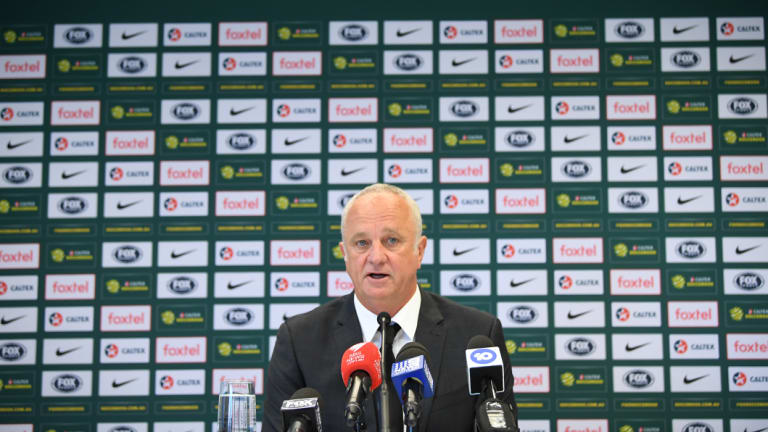 Crunch time: Graham Arnold’s Socceroos will get a stern test of their credentials against South Korea in Brisbane.Credit:AAP

If Arnold was granted a honeymoon period after taking over from Bert van Marwjik as Socceroos coach, it's over now. Last month's 4-0 rout of lowly Kuwait was a walk in the park compared to the challenge that awaits on Saturday night at Suncorp Stadium in Brisbane, where an expectant crowd of more than 30,000 will be on hand for the team's first match on home soil in more than a year.

South Korea are the team Australia famously beat in extra time to win the 2015 Asian Cup final, and one of the confederation's traditional powerhouses.

While they didn't make it out of the group stages in Russia, they did beat then-World Cup holders Germany 2-0 in their final game and are undefeated since Portuguese Paulo Bento took over as coach in August. They'll be there again at the pointy end of the Asian Cup in the UAE early next year.

A bit like the Socceroos, the Taeguk Warriors are trying to work out how to play without two of their most experienced players. 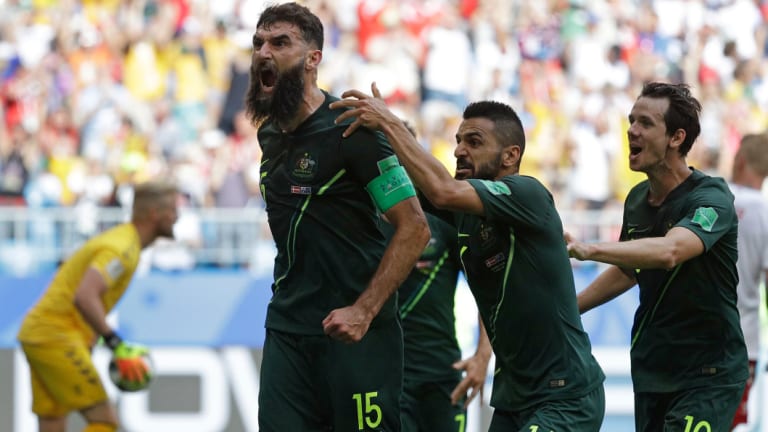 Bearded wonder: The Socceroos are looking for a reliable route to goal in the absence of their retired skipper Mile Jedinak, who scored 14 times between the last Asian Cup and the recent World Cup in Russia.Credit:AP

Son Heung-min won't be available for selection until their third match at the Asian Cup as part of the deal the national federation cut with Tottenham Hotspur to enable the striker's release for the recent Asian Games.

Defender Jang Hyun-soo is also out and will never represent South Korea again after receiving a lifetime suspension earlier this month for allegedly faking his military service records. Capped 58 times, he was a first-choice player under Bento, so it's a considerable blow for the team.

For Australia, it's about finding a reliable route to goal in the absence of Mile Jedinak and Tim Cahill. Jedinak has retired and Cahill will do the same after making a cameo appearance off the bench in next week's clash wth Lebanon in Sydney.

Jedinak and Cahill scored 28 times between them since the start of the last Asian Cup to the end of the last World Cup. That accounts for more than a quarter of Australia's goals during that period.

Arnold turned "expect to win" into his mantra during his time at Sydney FC. His Sky Blues team was free-flowing and clinical but international football is a vastly different kettle of fish to the A-League – as he knows from his first unsuccessful stint with the Socceroos.

Coaches get far less time to work with their players and with only 54 days to go until they open their Asian Cup defence against Jordan in Al Ain, there is precious little time to find a solution to a problem that has dogged the Socceroos for years.

Arnold intends to play with a front three. On paper, there's a fair bit of choice for those positions – Mathew Leckie, Tomi Juric and Robbie Kruse know the ropes, Hibernian teammates Jamie Maclaren and Martin Boyle offer their own established combination, while Awer Mabil has carried on his good form since scoring on his Socceroos debut having laid on more assists than any other player so far in the Danish Superliga this season.

Then there's Andrew Nabbout, the bolter from Russia who has made a miraculous early recovery from the shoulder injury he sustained in Denmark. 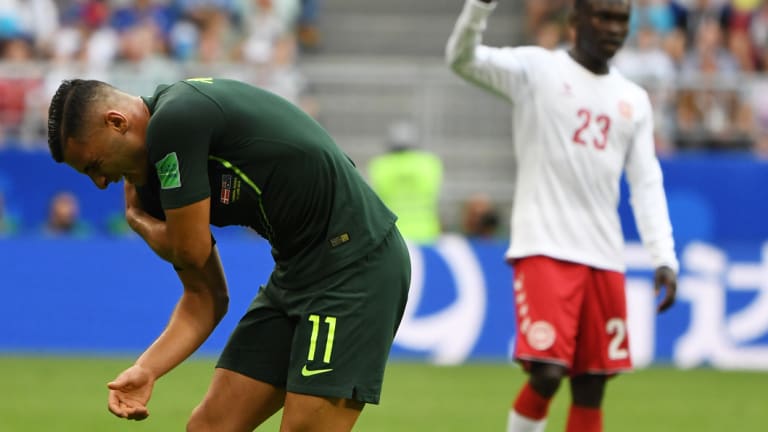 Fit again: Andrew Nabbout is back in the Socceroos mix after recovering from the shoulder injury he sustained at the World Cuo.Credit:AAP

The former Newcastle Jets star has somehow cut the six-month timeframe he was originally given in half. Now with Japan's Urawa Red Diamonds, he's another option who can play anywhere across the frontline.

"It's been a bit tough, my wife's had to sit there and watch me do rehab all day at home which is tough on her," Nabbout said.

"I've come back two or three months earlier than expected. It's always an honour to be called back up to the national team and be able to represent your country … with the new coach (I want) to prove myself after being out for a while."