HARRY KANE paid a touching tribute to Christian Eriksen by handing over a signed England shirt with his name on.

The Three Lions captain gave it over to Danish captain Simon Kjaer moments before kick-off. 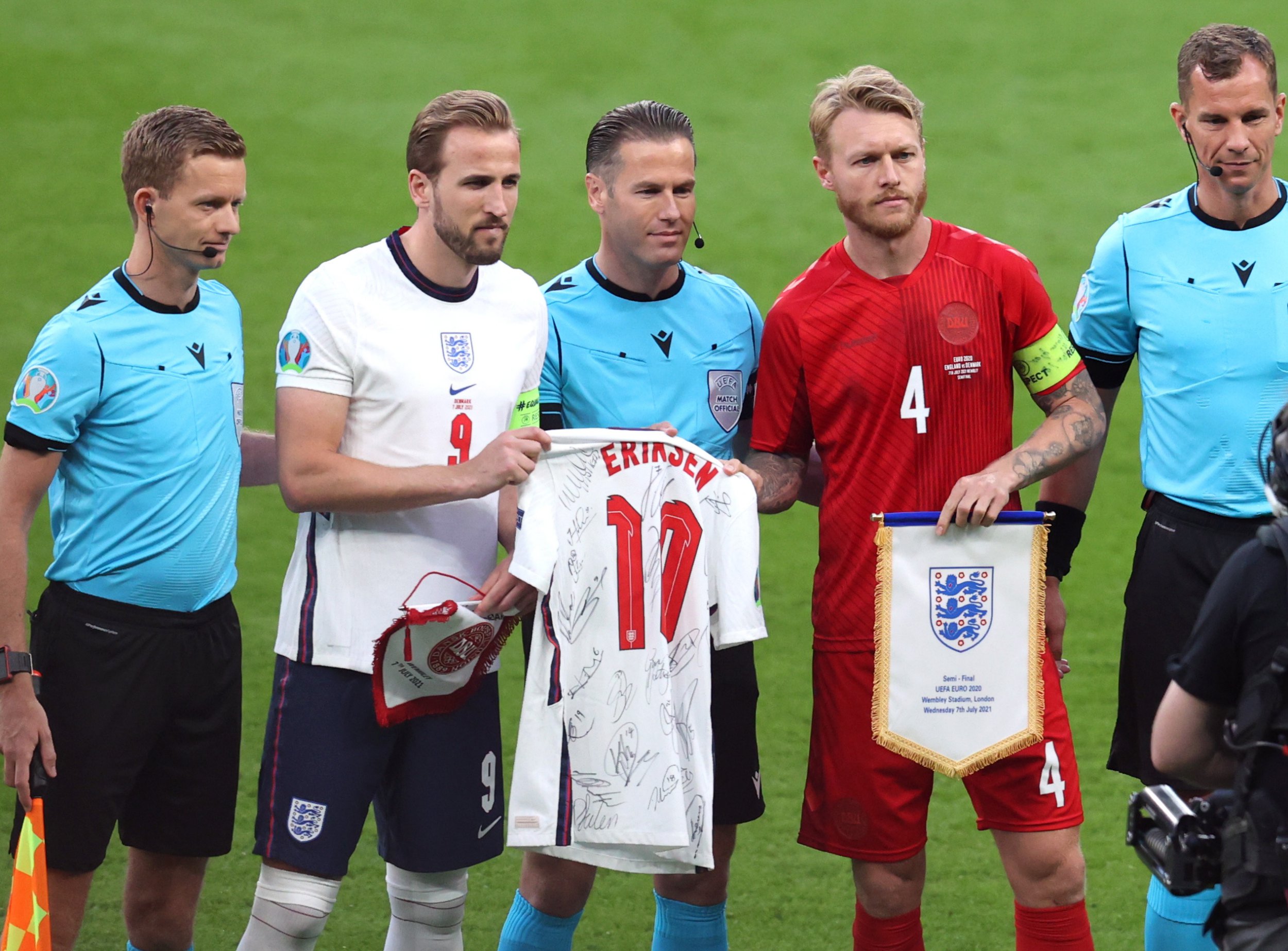 Eriksen, 29, suffered a cardiac arrest and collapsed on the pitch during Denmark’s Euro 2020 opener against Finland.

The Danes bounced back in brilliant fashion and have been on an emotional rollercoaster to reach a historic semi-final.

England's tribute was greeted by a huge round of applause from all four corners of the ground.

Kane, who played with Eriksen at Spurs, told talkSPORT before the game: "I spoke to him after what happened and wished him well.

"He sent me a quick message back to say he's OK.

"I kind of left him alone. It’s been an emotional rollercoaster for not just him but also his family.

"I'm sure he'll be cheering against me on Wednesday, and rightly so.

We know that it has united Denmark as a team and pushed them on.

"We must focus on ourselves." 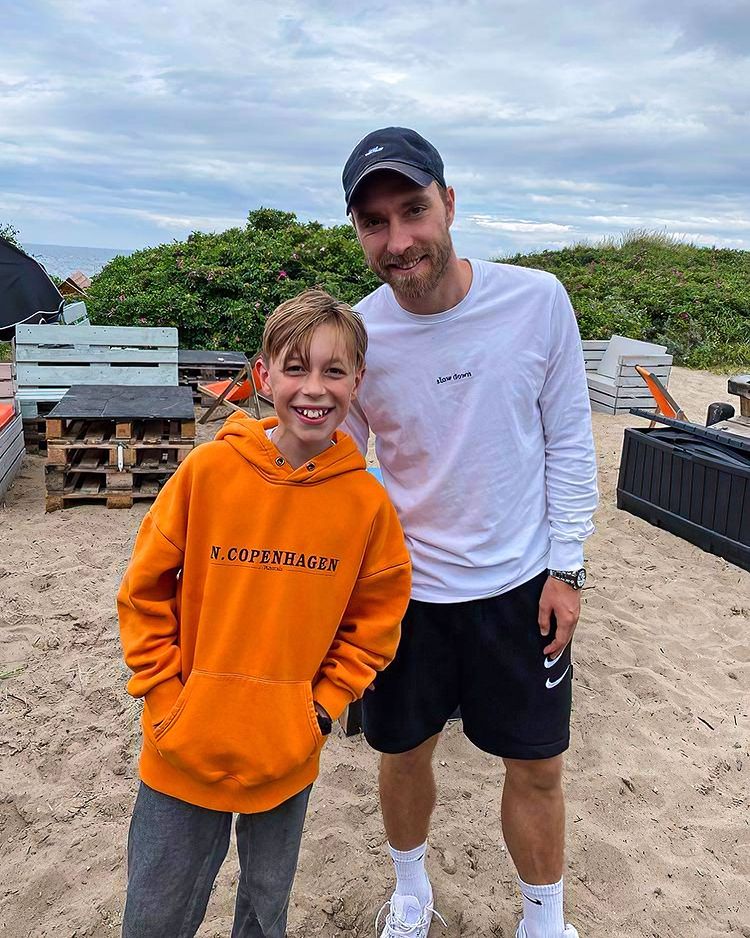 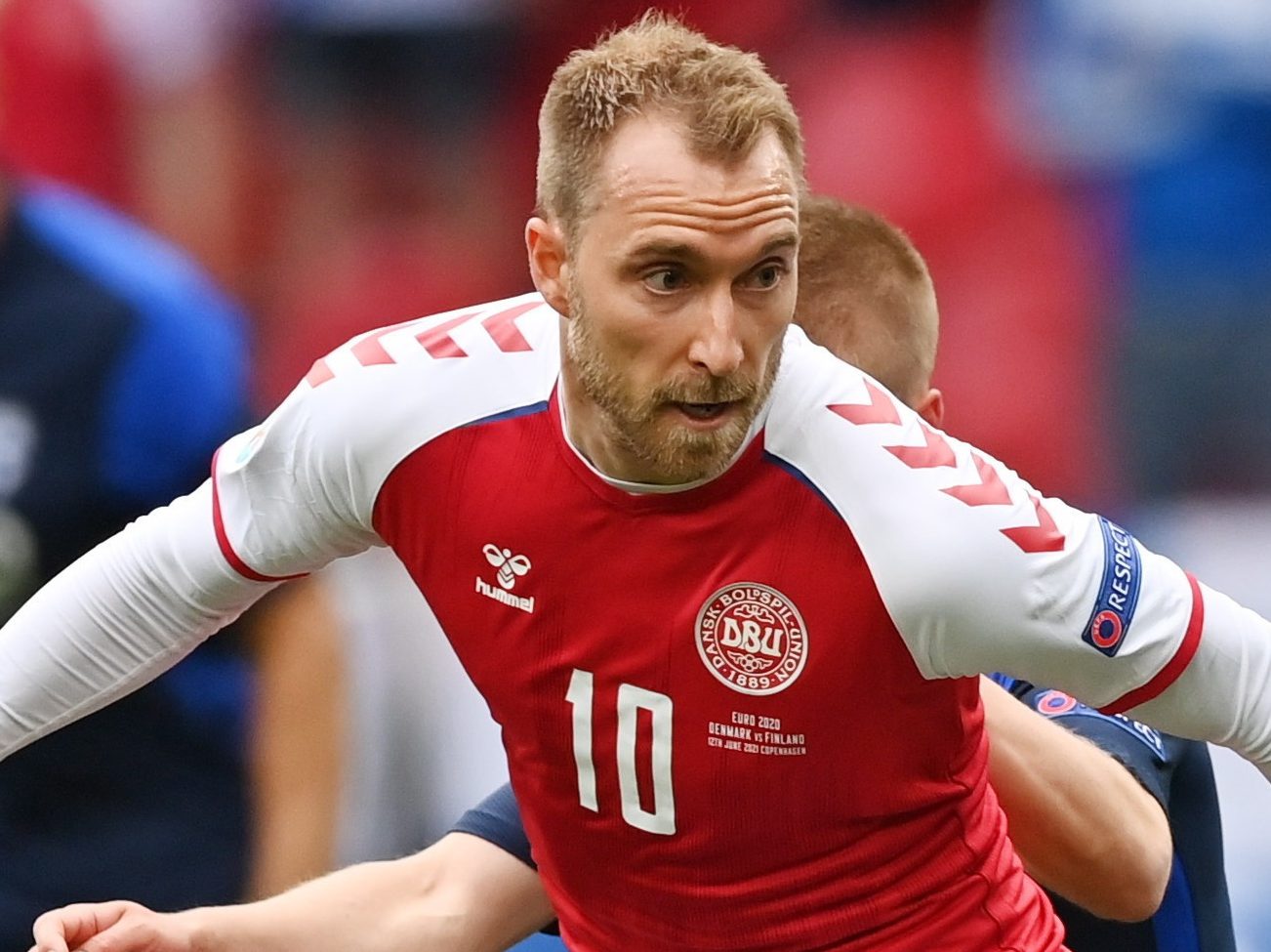 Kieran Trippier, a former team-mate of Eriksen at Tottenham, said: "It's hard to put into words because I played with him; I was close with Christian.

"The most important thing is he is getting better."

"Turning his attention to Denmark, Trippier added: "If anyone thinks it will be easy, they are mistaken."