HARRY KANE made sure a Tottenham fanatic’s epic journey did not go to waste after snow cancelled their game against Burnley.

The Spurs-mad supporter travelled all the way from Texas to Turf Moor to watch his team play – only for freezing weather to see the game postponed. 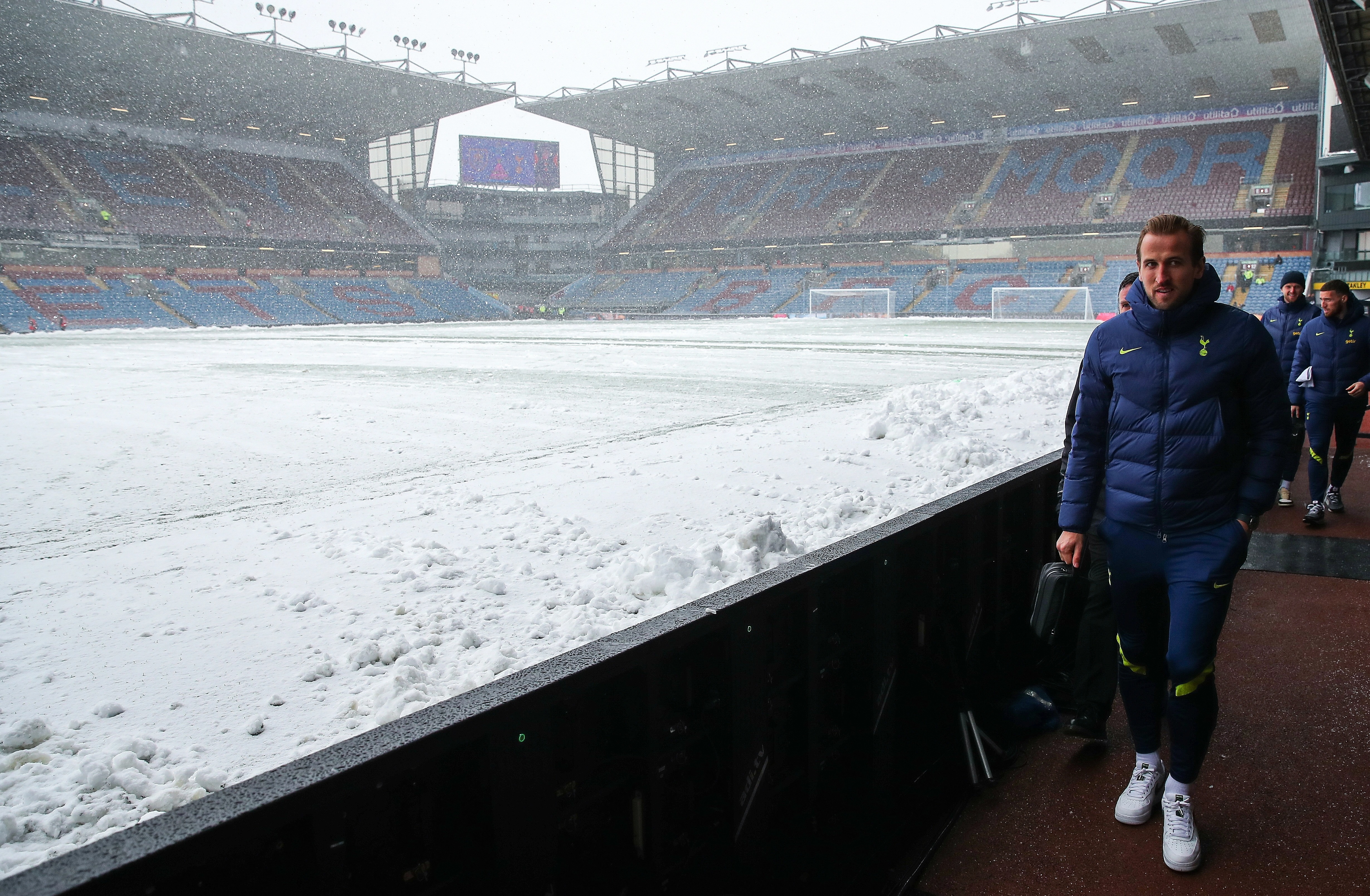 That threatened to leave the unlucky fan with nothing to show for his voyage across the pond.

But he had earlier tweeted details of his 31-hour journey as he homed in on Lancashire.

And that tweet was picked up by Spurs skipper Harry Kane, who had already arrived in Burnley for the scheduled 2pm kick-off.

Clearly inspired by the spirit of giving ahead of Christmas, the striker offered to host the fan at the club’s next home game.

“For your commitment and to make up for the match being called off I’d like to invite you to a home game as my guest when you’re next in London.” 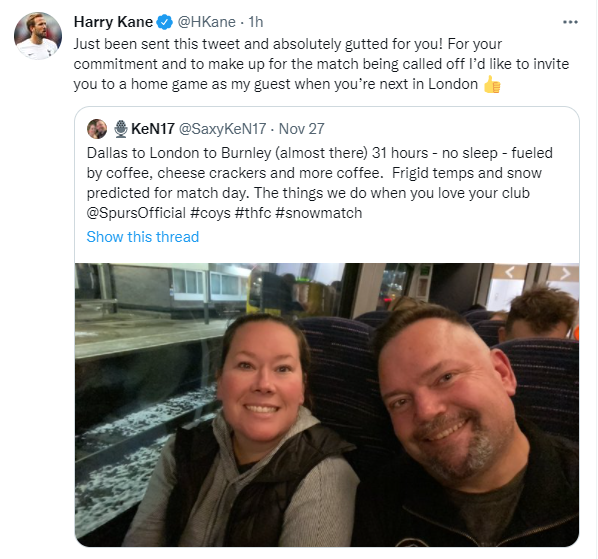 The Spurs talisman will have plenty of opportunity to make good on his promise.

Antonio Conte’s men already face nine fixtures in December – and now the called-off Burnley fixture will have to be factored into the packed schedule.

The next eligible fixture for Kane to play host is on Thursday against fellow Londoners Brentford.

And just three days later Spurs are at home again – this time against strugglers Norwich.