Rest has replaced momentum as the most potent weapon at semi-final time in the NRL, with defences lifting, giving games a more frantic tone.

The Storm had momentum last year when they won 10 consecutive games to clinch the premiership, but the previous year the Sharks lost four of their last five regular-season games en route to the title. 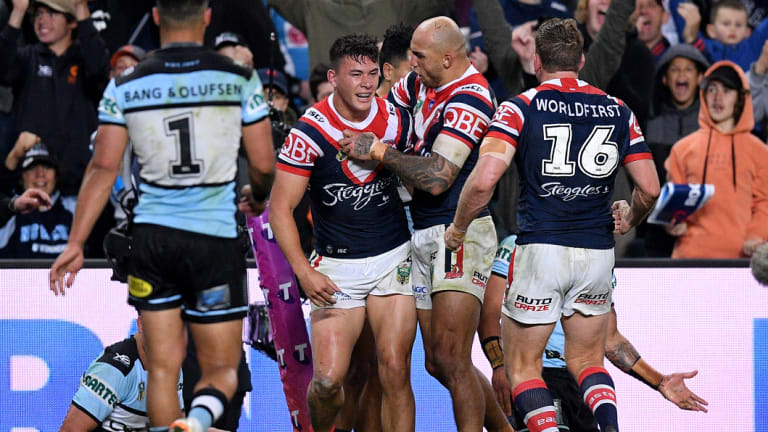 Time on their side: The Roosters earned a week off with their win over the Sharks.

Melbourne had both momentum and rest in 2017, enjoying a week’s break ahead of the preliminary final while grand finalists, the Cowboys, after losing five of their last regular-season games, travelled from Townsville to Sydney on four successive semi-final weekends and were spent.

Rest has always been important leading up to a grand final, with only one team in the modern era – the Cowboys in 2015 – winning the premiership after playing in each of the finals weekends. Now, with no team entering the 2018 finals with any great momentum, has rest become even more important? 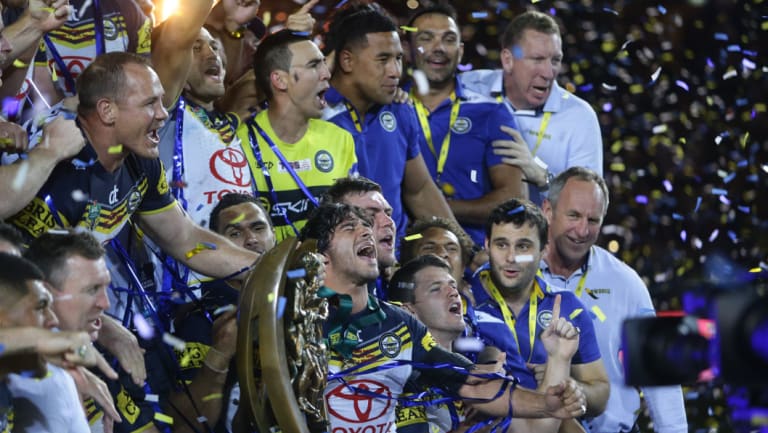 Exceptions to the rule: Johnathan Thurston and the Cowboys celebrate their 2015 grand final win.

Broncos that the media should be focusing on the Dragons’ momentum, with three wins from the past four games, rather than their last nine matches, including round 22 and round 24 losses to the Eels (4-40) and Bulldogs (0-38).

Most critics attribute the Dragons’ losing record after the State of Origin series to McGregor failing to rest his representative forwards, but the problem arose earlier when the bench forwards got little game time.

In the recent loss to the Bulldogs, the Dragons looked as if they’d had one hard training session too many. But the matchday plot against the Broncos was like a formulaic feel-good movie. James Graham put a hit on Matt Lodge and suddenly all the Dragons realised how good they could be.

Perhaps Mary is a recent convert to the value of rest and could well have told his players to report to training this week in Ugg Boots.

Souths’ coach Anthony Seibold, whose team meets the Dragons in Saturday's elimination final, can’t be a believer in rest, certainly not during games. Against the Storm, in the first semi-final weekend, he used only 15 players from his 17. It has been 20 years since a team used only two replacements in a final, with Manly doing so in 1998. Surely, this sends a message to the benchmen that the coach doesn’t have confidence in them. 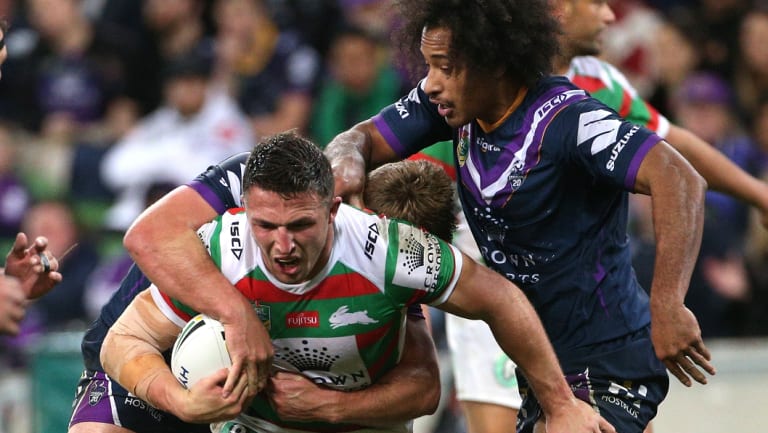 The full 80: Sam Burgess had a tough night against the Storm.

Hymel Hunt didn’t get on the field, which is not surprising, given he is a back. But Dean Britt played zero minutes and fellow forward Jason Clark only 20 minutes. While George Burgess played 43 minutes and his brother Tom 45, the best Burgess, Sam, played the full 80.

It’s always tempting to leave the best player on the field, but Sam made a couple of errors at the end of the Melbourne match, raising the question whether he should have been given a breather earlier.

In the previous match, when Souths broke the NRL record for running metres in defeating Wests Tigers 51-10, Seibold was again reluctant to use his bench, with Hunt clocking 11 minutes, Clark 27 minutes and Britt 15 minutes. It would seem Souths are playing with a seven-man pack, but they do have an additional two days rest on the depleted Dragons.

So why is rest now more important? Answer: the effort expended by players in a season with only one bye. The Broncos and Dragons finished their semi-final with 15 and 14 men respectively.

Training may be shorter, but it is now more intense. Players are not only more spent physically, but losses challenge them psychologically, particularly when they spend their rest days on social media.
Storm coach Craig Bellamy was set to explode when he learnt that half Brodie Croft would miss the final round match against the Panthers because he hurt his knee playing lawn bowls. But an assistant coach pointed out that Croft hadn’t been on roller skates or, more dangerously, sitting alone at home on social media.

It’s better to be rested than rusted in a season with reason: momentum ain’t what it used to be.