Hawthorn's presence in Tasmania is important to the economy and social fabric of the state, according to club president Jeff Kennett.

Speaking at the Hawks' AGM in response to a question about the club's future in the state, Kennett said the club was respected in Tasmania and well supported with 10,000 members from the Apple Isle. 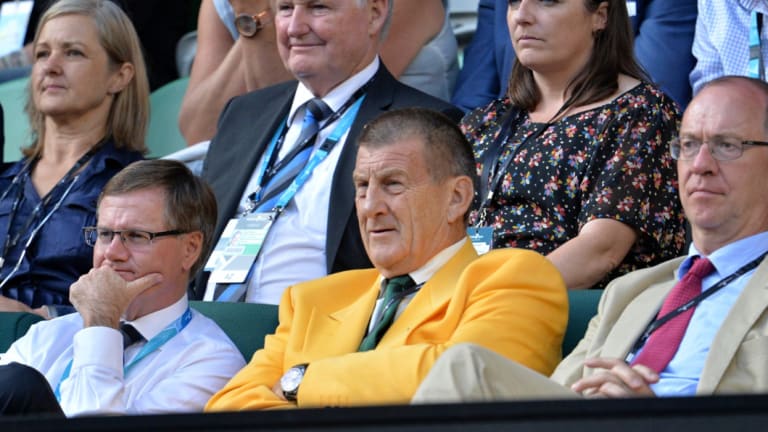 As he continues to bat away growing calls for the state to have its own AFL team he questioned the potential of an independent group or the AFL committing enough money to establish a competitive team there.

"If someone or the AFL wants to provide sufficient funding to support a team in Tasmania we accept that," Kennett said.

"But we are going to leave it irresponsibly for a situation that will not deliver Tasmanians both the economic or social support that Hawthorn Football Club does."

Kennett said a 20-year investment would be required to establish a competitive standalone team and has previously estimated that it would cost investors between $30-40 million a year.

Hawthorn's current agreement with the Tasmanian government to play AFL games in Launceston expires at the end of 2021 and Kennett said negotiations on a new deal would not begin until 2020.

The Hawks claimed an independent PriceWaterhouseCoopers review valued their presence in Tasmania as adding $28.5 million in direct expenditure to the local economy.

The AFL had to set up a working party to assess the future direction of Tasmanian football as the Tasmanian State League was reduced to seven clubs in 2018 and former CEO Rob Auld returned to Victoria to work for the AFL.

The state will have a team in the TAC Cup in 2019 and has been granted a provisional VFL licence for 2021 with the AFL investing $1.4 million next year to set up regional hubs and a north-west talent manager.

With North Melbourne playing four games in Hobart until 2021, there are eight AFL games in the state per season but only three of the games against other Victorian clubs.

The Hawks will kick off their games in Tasmania against Carlton however neither side plays Essendon, Collingwood or Richmond in Tasmania. The Kangaroos played Richmond in Hobart in 2015 and 2016 and the Hawks last hosted the Tigers at Launceston back in 2006.

The Kangaroos have indicated they do not want to increase the number of games they play in Tasmania and Hawthorn are content with four home games.

Hawthorn made a profit of a little over $4 million in 2018 but Kennett said their investment in the Kennedy Centre in Dingley could cost $130 million.