And the 38-year-old believes AJ could end up being embarrassed by “Big Baby” – just like Lennox Lewis was against Hasim Rahman in 2001. 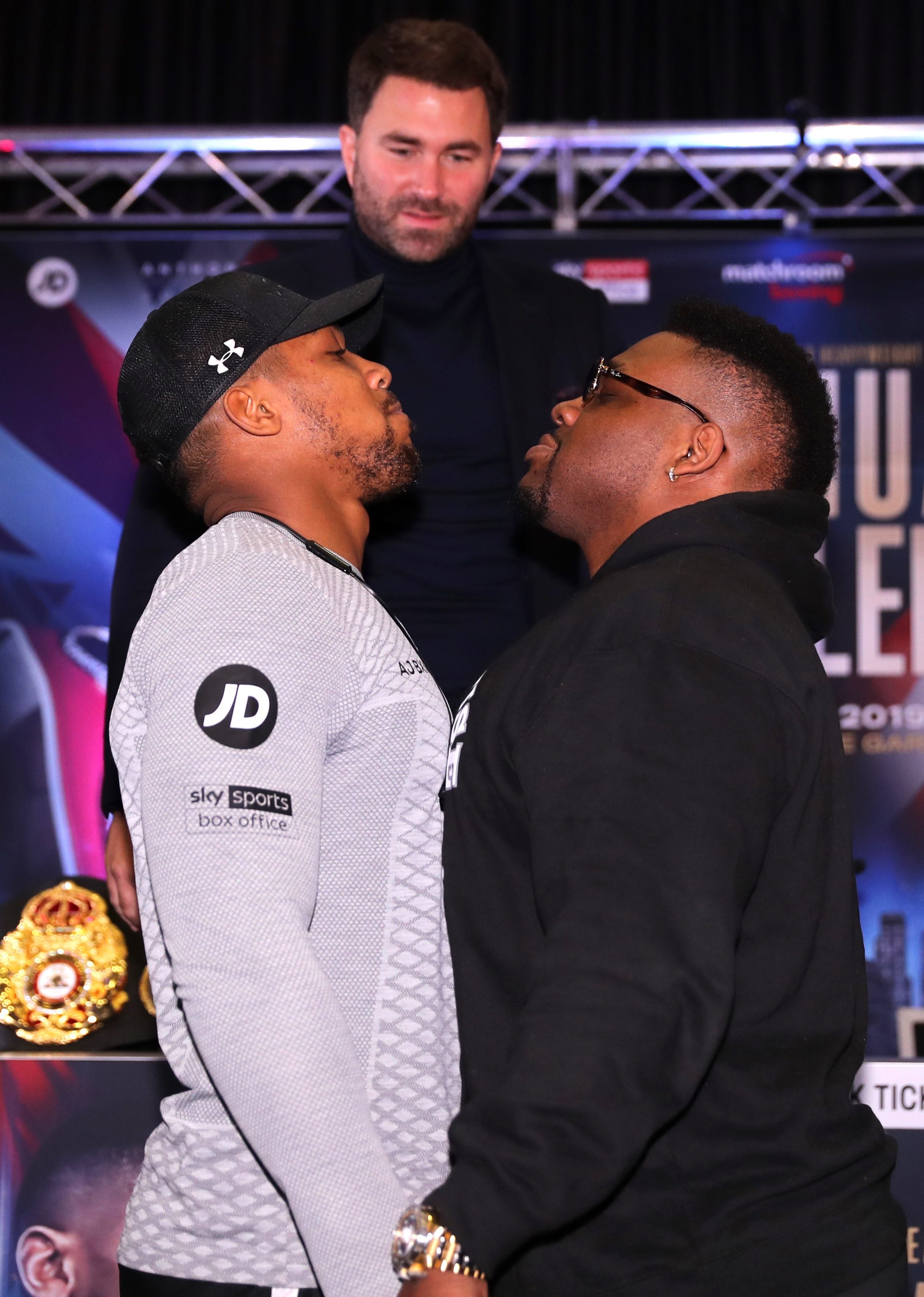 Former heavyweight champ Haye has watched on this week as the usually-calm Joshua twice trash talked his opponent at their pre-fight press conferences.

Now he has offered the Watford-born warrior not to let emotions get the better of him against the American ahead of his US bow in New York City on Saturday 1 June at Madison Square Garden.

Writing in his Betfair column, Haye said: “The odds might be short on another AJ win against Jarrell Miller but don't underestimate his opponent. Trust me, there is always danger in the heavyweight division!

“Whenever there is a heavyweight who is undefeated, who stands 6ft4 tall and weighs 23 stone – possibly one of the heaviest fighters to have fought for the heavyweight belt – well, all it takes is one punch. 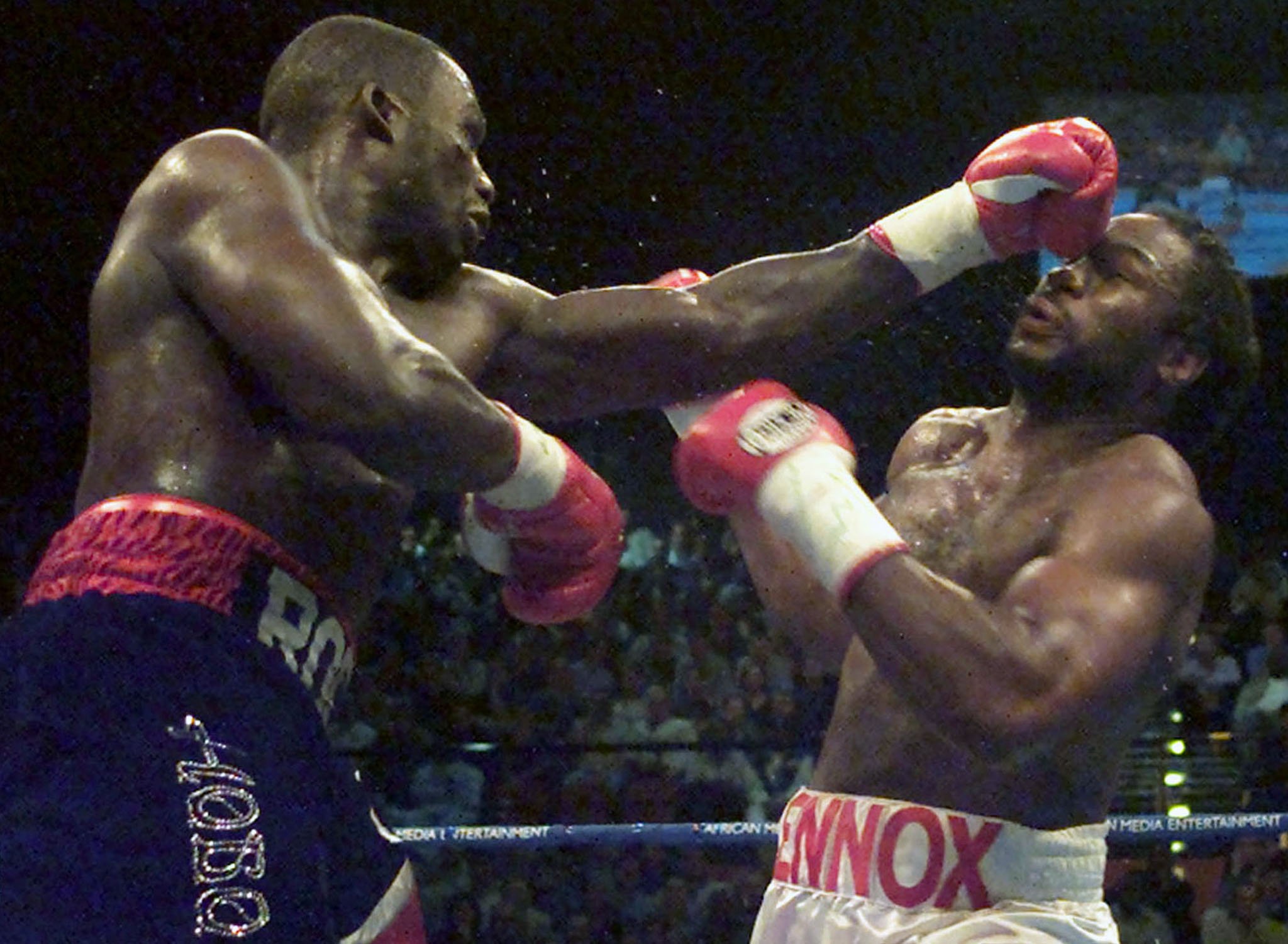 “Anthony Joshua got decked by a 17 stone Vladimir Klitschko, why can't Big Baby Miller do the same? If he detonates a big shot on AJ's chin then he's vulnerable.”

And it would not be the first time a British favourite has been toppled against the odds.

Haye continued: “Our man must be on his best, he can't overlook this guy. This fight reminds me of when Hasim Rahman went over to South Africa to fight Lennox Lewis – no-one gave him a prayer, no-one gave him a shot in hell.

“Lewis was busy away from the sport, filming cameos in Oceans 11 and so on, he got to South Africa late and the unthinkable happened.

“Lewis got tired as he didn't do enough altitude training and walked onto one of the biggest right hands he'd ever taken and that was goodnight.
That fight showed you that, even for a great like Lennox, if you are not 100 per cent focused, if you haven't prepared diligently the unthinkable can happen.

“We don't know how good Miller is because he has never fought anyone of AJ's quality. Just because we haven't seen it, doesn't mean he can't do it.”

At their first presser, Miller shoved Joshua and accused him of being on PEDs amid a barrage of other insults. 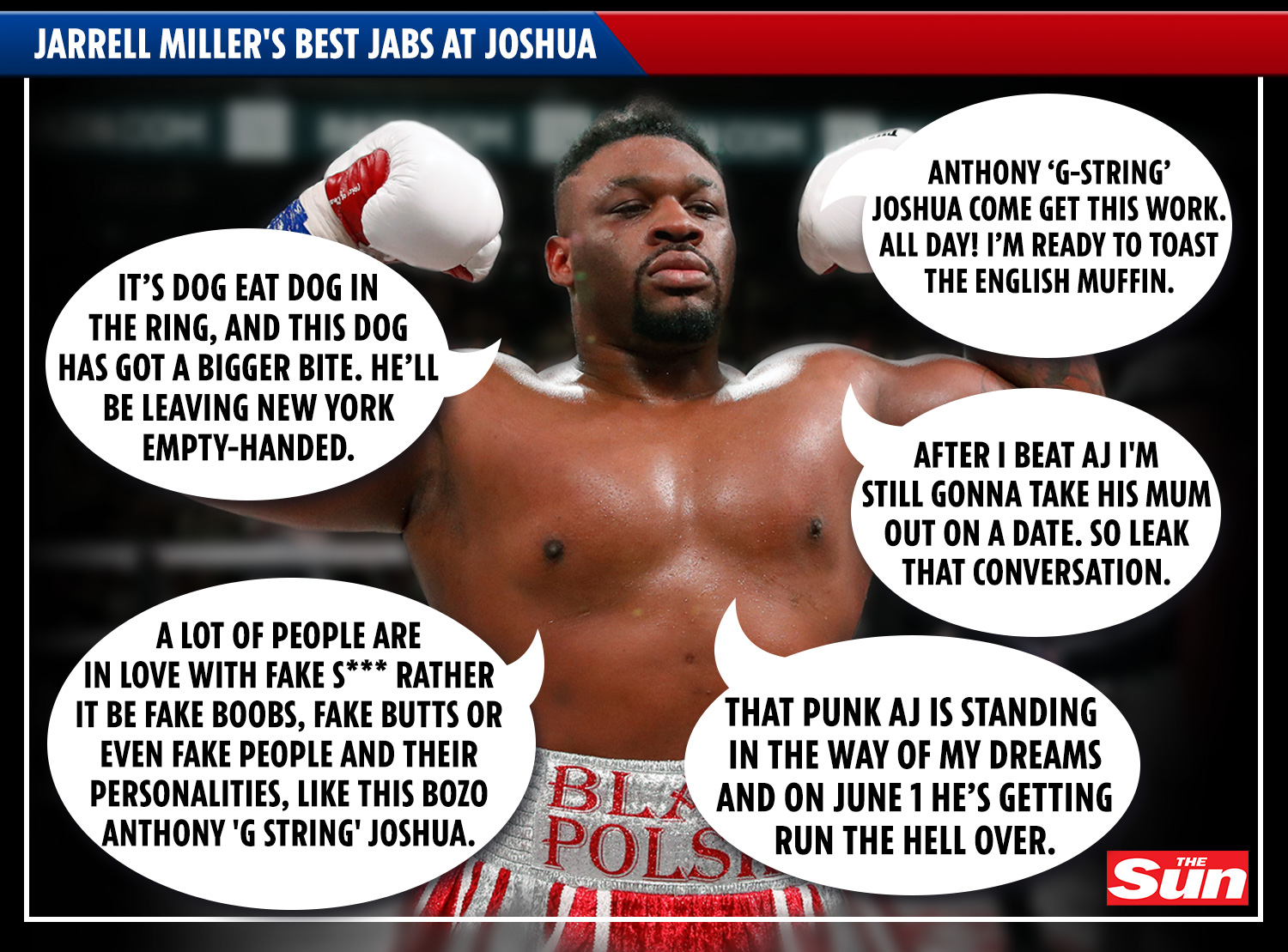 AJ bit back with his own uncharacteristically aggressive talk – a side to him we have rarely seen.

And Haye fears that could spell trouble for AJ if he ends up using his anger as motivation for the fight.

He added: “He wants to get AJ angry and give himself a better chance of landing that big shot, and we’ve seen that in the last week in the press conferences for the fight.

“I completely understood the gamesmanship we’ve witnessed. It seemed to rattle Joshua. I hope he calms down, listens to his coach and picks his punches because if he goes toe-to-toe, gets angry and fights with his heart on his sleeve he could end up walking onto a knockout shot.

“Remember, he nearly came a cropper against Dillian Whyte because there was so much heat before the fight that AJ went into the ring desperate to do a number on him.

“Come fight night, he got too close and walked onto a big counter left hook that nearly knocked him out.

“Hopefully AJ learned his lesson from that one – not to let his emotions rule his head.”