Hazard not Neymar takes over as Cup's star

St Petersburg: When Lionel Messi and Cristiano Ronaldo were sent packing from the World Cup a week ago, the stage was set for Brazil's Neymar to take over the role of the tournament's true star.

But it is now Belgium's Eden Hazard who is making the strongest bid for that crown. 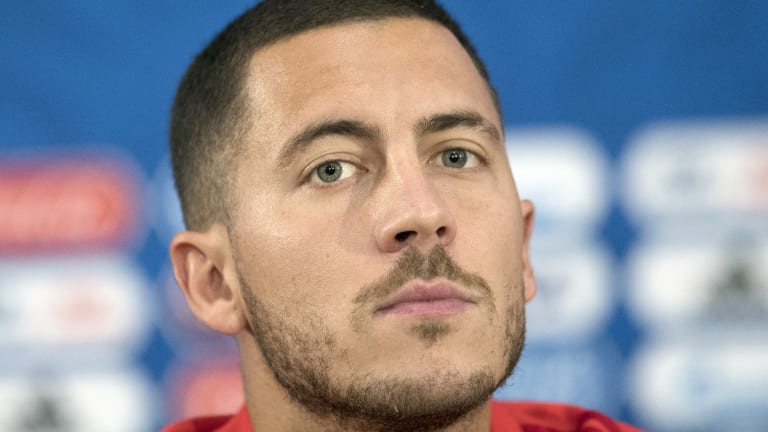 On Friday night in Kazan, Neymar too saw his World Cup end prematurely, as a Brazil team packed with talent but over-reliant on the forward's inconsistent individual contribution, were beaten 2-1 by a brilliant Belgium team, inspired by the gifted Hazard.

The semi-final clash against France will give a chance for the 19-year-old Frenchman Kylian Mbappe to make his claim to be the tournament's most exciting talent and the final itself could throw up another contender but at this stage it is Hazard who is setting the standard.

Face to face with Neymar on Friday, the difference between their contributions was strikingly evident.

Many will blame Brazil's exit on the way in which their attacks were constantly funnelled towards Neymar in the hope that he would deliver the world-class individual skill he has shown he is capable of but which he rarely delivered in Russia.

With all the talent and Brazilian coach Tite's disposal, the vortex of Neymar ended up weakening their collective effort, whereas Hazard has had the exact opposite effect on Belgium.

The Chelsea winger showcased his individual skill numerous times against Brazil, especially with a mesmerising dribble from wide in the second half, and the statistics showed that all 10 of his dribbles in the game ended with his team still in possession.

But his contribution went well beyond the eye-catching moments of skill.

Hazard dictated the tempo of the game, pressing the accelerator for counter- attacks that ripped open Brazil's defence but also, especially in the second half, slowing down play and maintaining possession.

That aspect of game management, of understanding the right moment to burst forward and equally the opportune time to calm things down, is what makes Hazard more than just a tricky winger or support striker.

And he is part of an attacking unit that the French will be very wary of on Tuesday night in St Petersburg.

The highlight moment of the win was Kevin De Bruyne's superb strike for Belgium's second, after a glorious run from midfield and killer pass from Romelu Lukaku.

The goal showed that while Belgium hugely benefit from Hazard they are far from dependent on him.