Sacking Michael Cheika isn’t the solution to the Wallabies’ woes.

Offloading the coach isn’t going to provide the magic solution people are craving.

I understand the frustration of fans and commentators – I get it – but the coach isn’t the problem. Or at least not the sole problem. 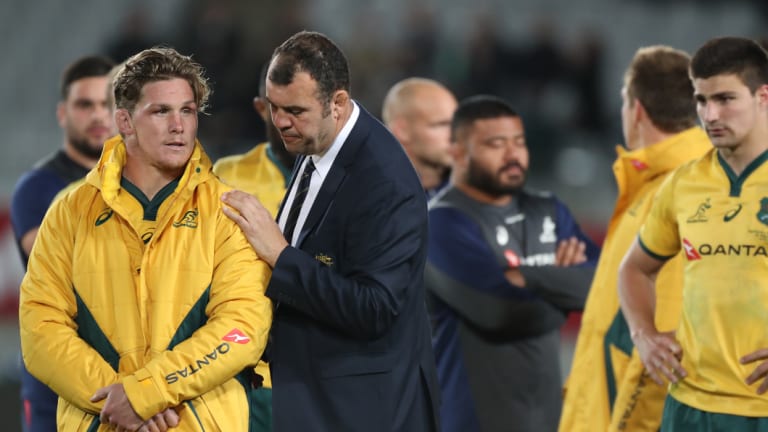 Firstly, you’ve got to have a viable alternative. The four Super Rugby coaches had mixed seasons and it’s far too early for any of them anyway.

Cheika’s two main assistants are good blokes and were great players, but I don’t see  attack coach Stephen Larkham or defence coach Nathan Grey wanting to take over as boss.

Even Eddie Jones’ star is burning out in England.

Cheika might have a terrible record, but he’s still the best man for the job.

We love to sack the leader in this country – just ask Malcolm Turnbull – but it doesn’t always deliver the result we’re after. 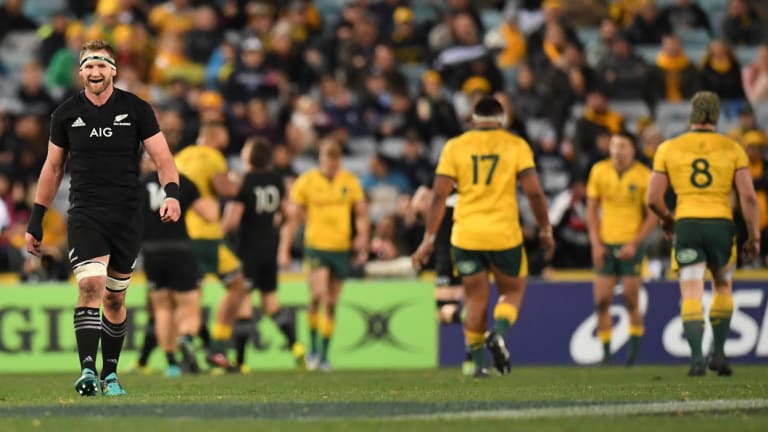 The great divide: Kieran Read reacts after the All Blacks score another try against the Wallabies in Sydney.

Secondly, the big difference between New Zealand rugby and the Australian game is depth. They’ve got it – in spades – and we don’t. That certainly doesn’t mean the Wallabies give up the fight, but it puts Australia’s 16th straight Bledisloe Cup series defeat into perspective.

Cheika has been under the hammer in recent weeks, but it’s time the players took a bit of responsibility in all this. It’s about time they were held accountable, too.

Cheika took the Wallabies to a World Cup final in 2015, but Australia’s record in recent years, certainly on home soil, is poor. There’s no escaping it. They’ve lost to New Zealand, Ireland, England and Scotland. If that isn’t bad enough, the Wallabies went within 10 minutes of being humiliated by Italy last season.

The Wallabies have won just 25 of their 50 Tests under Cheika. A host of previous coaches got speared with far better records than that.

But he’s still the best man for the job.

Simply shuffling the deck chairs isn’t going to lead to a complete change of fortune.

I went through five coaches in my time with the Waratahs, so I know what it’s like. And it always comes back to the players.

There’s obviously a reason the Wallabies gave up 59 points in the two second halves of the first two Bledisloe clashes. But that comes back to the players taking responsibility.

There’s nothing worse than being under the pump; to have everyone talking about (bagging) you. You can’t even walk down to the shops to get a coffee without some wag putting in their two bob’s worth. 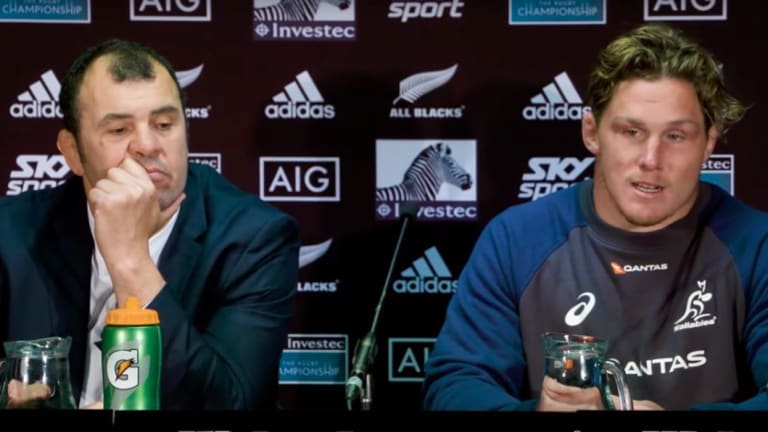 Another series defeat. Michael Cheika and Michael Hooper front the media after the defeat in Auckland.

It’s obviously harder when you’re the coach and you’ve got to front the press conference and try and explain why and how it all went wrong. Again. And we saw with Cheika after Bledisloe II that it’s starting to get on top of him, no matter how much he denies it.

I know what it’s like. Greg Smith was Wallabies coach in 1996-97 when we went through a tough patch. We won just one game during the Tri-Nations that year (against South Africa in Sydney), got belted by the All Blacks, finished last and the Kiwis retained the Bledisloe Cup. Smith then led us to a 12-0 record on the end-of-year-tour of Europe.

But 1997 was a disaster – we won one game (again against South Africa) in the Tri-Nations, gave up 150 points in four games and finished last again – and Rod Macqueen took over from Smith.

I can assure you, it wasn’t fun.

But we bounced back to win the World Cup just two years later.

In many ways it’s easier to win a World Cup than the Bledisloe Cup. Particularly if you can avoid the All Blacks altogether, as we did in 1999. (We did beat them in August in Sydney, however).

I hate losing (particularly to the Kiwis), but we’ve got to keep 16 years of Bledisloe heartbreak in perspective: they’re No.1 in the world (and have been for a long time) and we’re No.6 and struggling to hold off Scotland and South Africa.

As much as we’d like to take our frustrations out on Cheika, sacking him is not the solution.

This is a great New Zealand side. They ask questions of the defensive line across the park; they put you under so much pressure. The Wallabies’ ball looks slow and cumbersome by comparison.

The Wallabies do need to change the way they play: losing pretty isn’t a substitute for winning in any fashion. But sacking the coach now isn’t the solution.