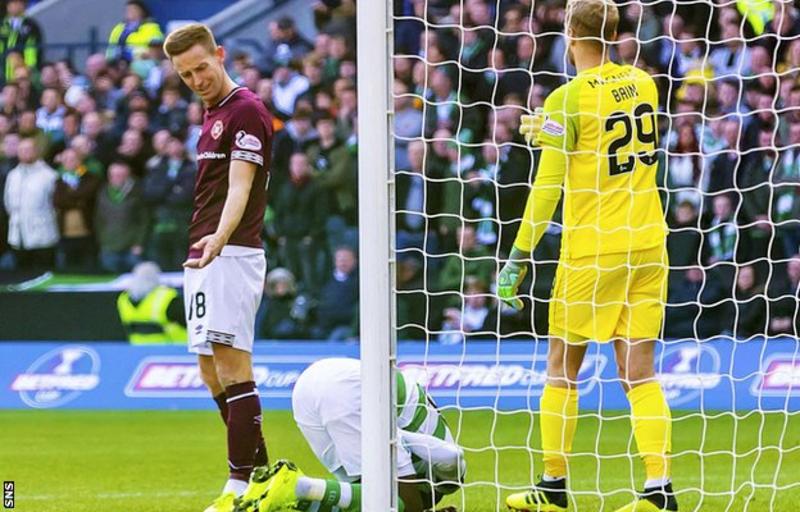 The Scottish FA compliance officer is likely to review footage of the incident during Hearts’ 3-0 League Cup semi-final defeat on Sunday.

An act directed towards the private parts of a player on the field is now being considered an act of “brutality”.

Kouassi fell to the Murrayfield turf after the 24th-minute incident.

The Ivorian, who had been limping prior to the clash inside the Celtic penalty area, was replaced by Scott Sinclair a couple of minutes later.

MacLean, who had assumed Hearts’ captaincy after Steven Naismith was substituted for an early injury, had brushed off the incident.

“It was just a laugh, just a coming together,” the 36-year-old said. “If I went down every time a centre-half niggled me, I would be on my backside all day. It was just handbags.”

MacLean was on a yellow card at the time of the incident and referee Willie Collum spoke to the pair after Kouassi angrily accused the striker of grabbing him.

If he is found guilty of violent conduct, the striker would face a two-match suspension.

Given the timescales of the disciplinary process, MacLean would likely still be available to play in the Edinburgh derby against Hibernian on Wednesday given the match would happen during the time Hearts have to respond to any charge.