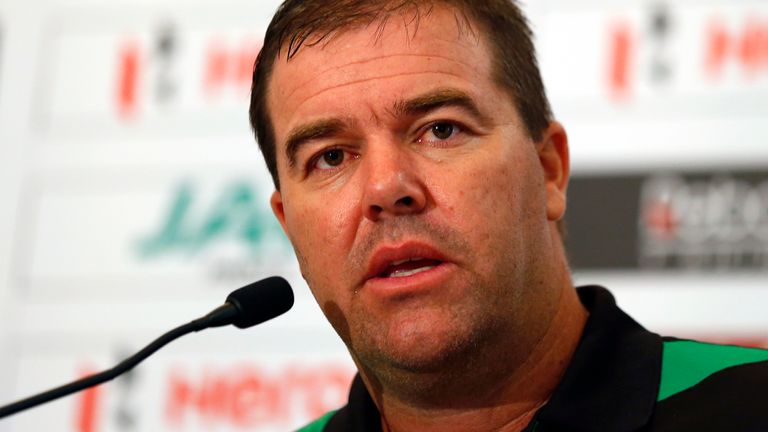 Former Zimbabwe captain Heath Streak has accepted his eight-year ban for breaching the International Cricket Council’s anti-corruption code – but says he was never involved in match-fixing.

Streak was found guilty of five breaches of the ICC’s code earlier this month with his charges including revealing inside information which could be used for betting purposes and failing to disclose a payment in bitcoin from a potential corrupter to anti-corruption officials.

The 47-year-old has “apologised” and taken “full responsibility” for his actions but says he was never involved in any attempt to impact the results of games.

“I want to place on record that I was not involved in any match-fixing, spot-fixing or attempts to influence a game or share information from a changeroom during a match,” he said in a statement released on Thursday.

“I hope acknowledgement of my wrongdoing, wittingly or unwittingly, will set an example to current and future stakeholders.”

“I apologise sincerely to my family, friends, the cricket-loving public and most of all my fellow Zimbabweans who have, over the years, shown me love and support during the numerous trials and tribulations we have faced

“I also hope that cricket in Zimbabwe should not be punished or suffer for my actions directly or indirectly.

“I commit to serving out my sanction as guided by the ICC and am committed to help them and cricket in Zimbabwe in whatever manner I can.

“I look forward to continuing to contribute to the development of cricket in Zimbabwe, making amends and returning to the game as and when the ICC sees it fit.”