Sydney midfielder Isaac Heeney is in doubt for his side's meeting with Geelong at the SCG on Thursday night after suffering a delayed concussion in the Swans' loss to Richmond last week. 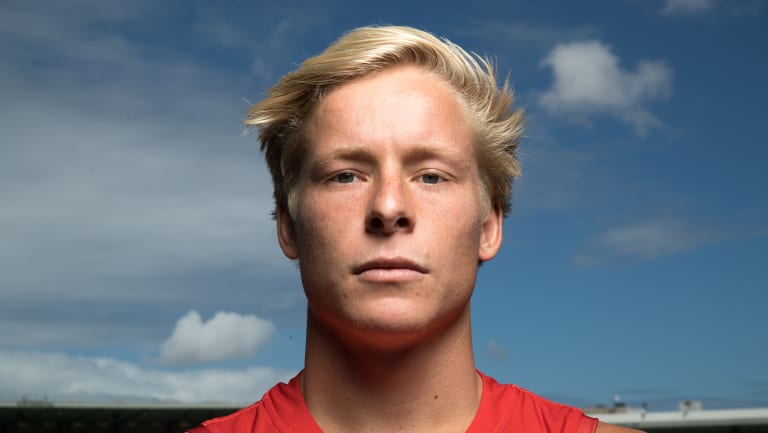 Head knock: Isaac Heeney will need to improve quickly if he’s to be fit to take on Geelong this Thursday.

Heeney returned to the field in the second half following a second term head knock but took himself off the ground in the third term after feeling unwell.

Swans coach John Longmire said on Monday that Heeney would need to improve markedly before being cleared to take on the Cats.

"He's in doubt, but we'll make that call a little bit later in the week," Longmire said.

"He did a test at halftime, completed the test and was OK then.

"I spoke to Isaac this morning and he said that's what happened. It was a little bit [of] delayed [concussion] in the third quarter."

Meanwhile the Western Bulldogs' wretched run with injuries continues, with midfielder Lin Jong set to miss at least four matches after having surgery on a broken collarbone suffered in the Dogs' win over Geelong on Friday night. 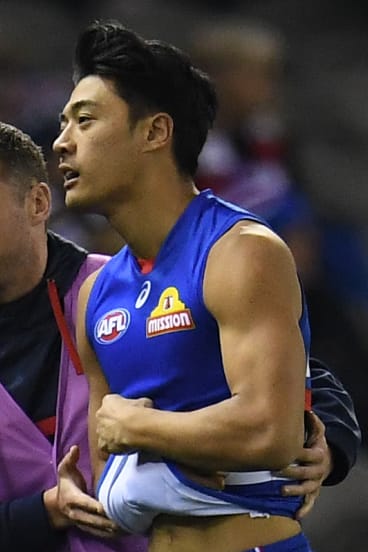 Lin Jong is set for more time on the sidelines.

Bailey Dale, who hasn't played since round 10 because of a stress injury to the navicular bone his foot, has officially been ruled out for the rest of the season, with the Dogs opting for Dale to go under the knife.

Matt Suckling (Achilles) was a late withdrawal for the game against the Cats and is also expected to miss three to four weeks.

Caleb Daniel (knee soreness) should, however, be available to return against Hawthorn on Saturday night, while young ruckman Tim English is due to return to full training this week as he recovers from a foot injury that has kept him out of action since round seven.

The Dogs are already without a stack of key players including Easton Wood, Jack Macrae, Liam Picken and Tom Liberatore.

Cats defender Mark Blicavs has been battling a toe injury ahead of the game with the Swans.