But there was more to the Belgian’s penalty than initially meets the eye. 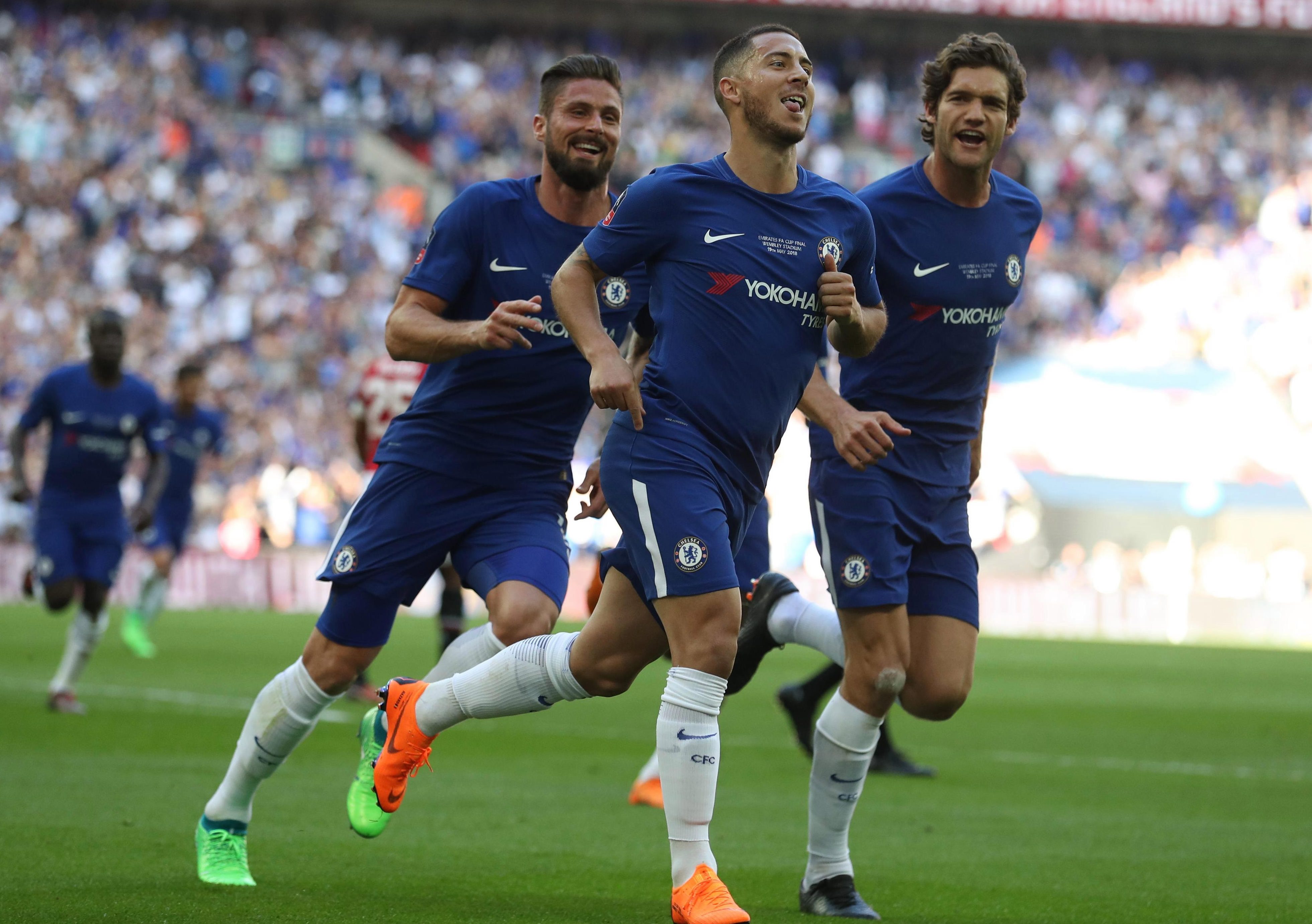 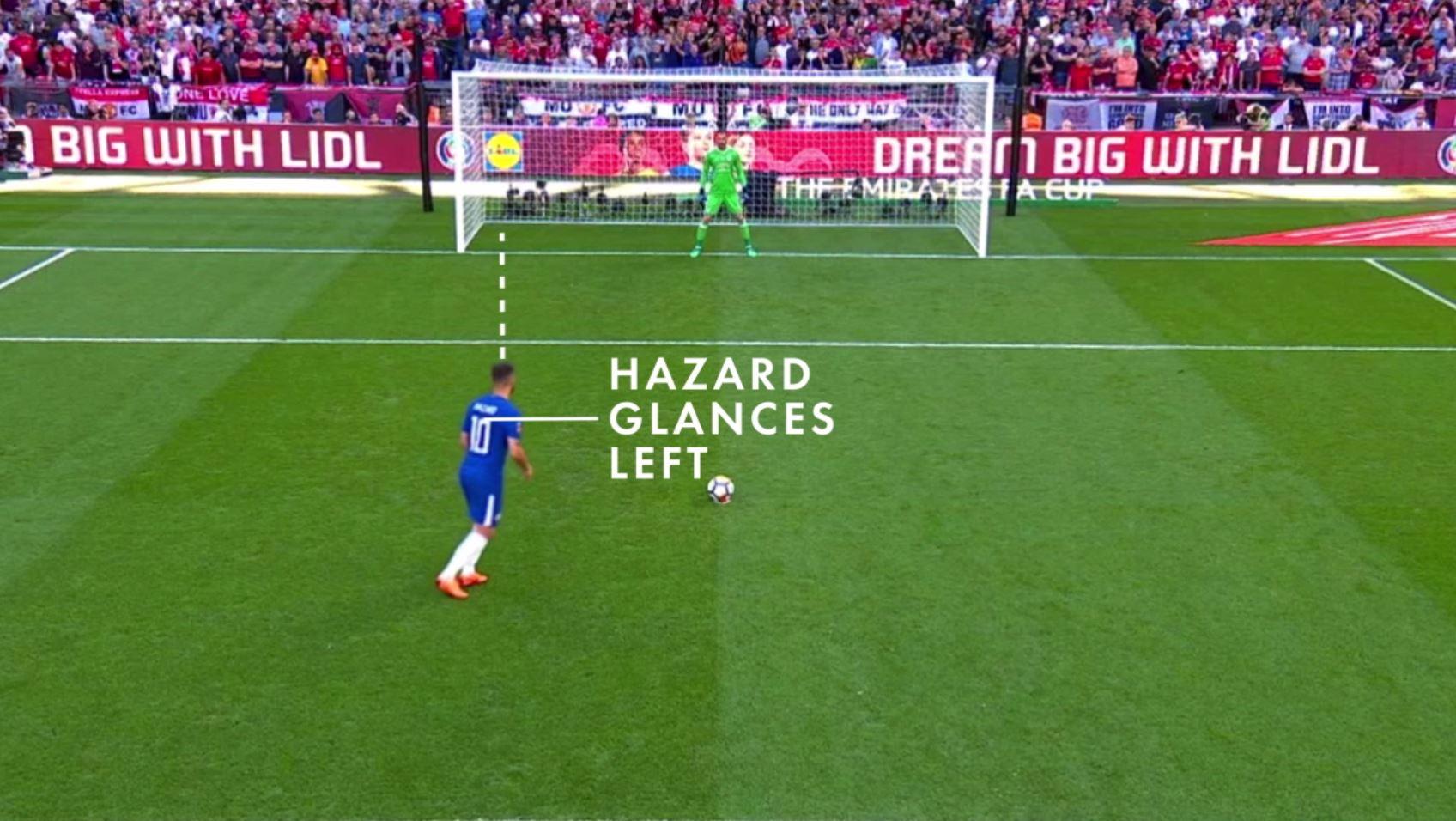 Here we show you exactly how he picked his spot and deceived his opponent.

In his run up, an almost imperceptible glance to his left and De Gea’s right was enough to trick the keeper.

By the time the Spaniard had shifted his weight to his left foot and committed to his right, Hazard was side footing at exactly 11.6 degrees from the centre of the goal to De Gea’s left.

The ball travelled at 50.107 mph before nestling into the goal 1.42 metres inside the post. 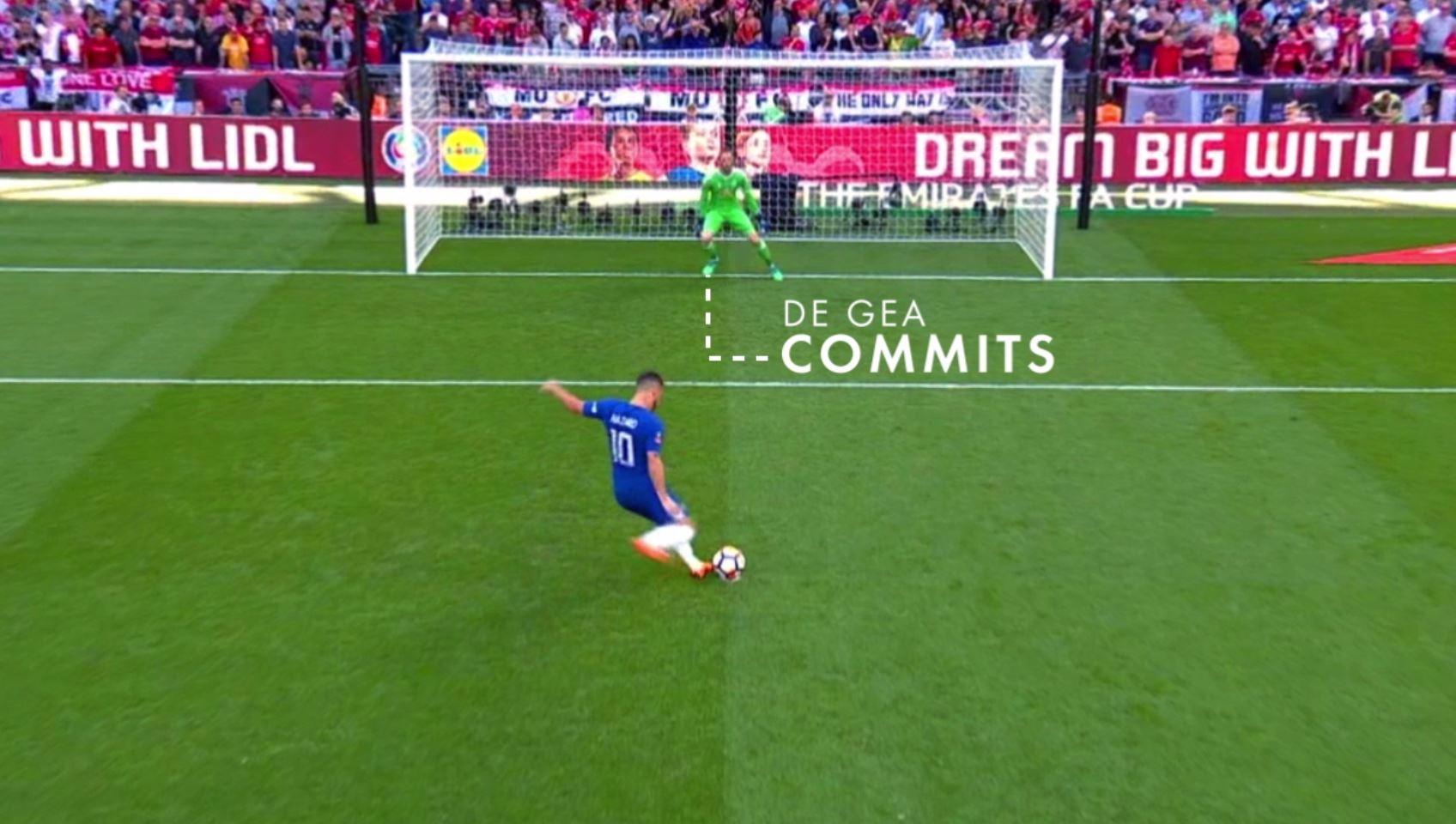 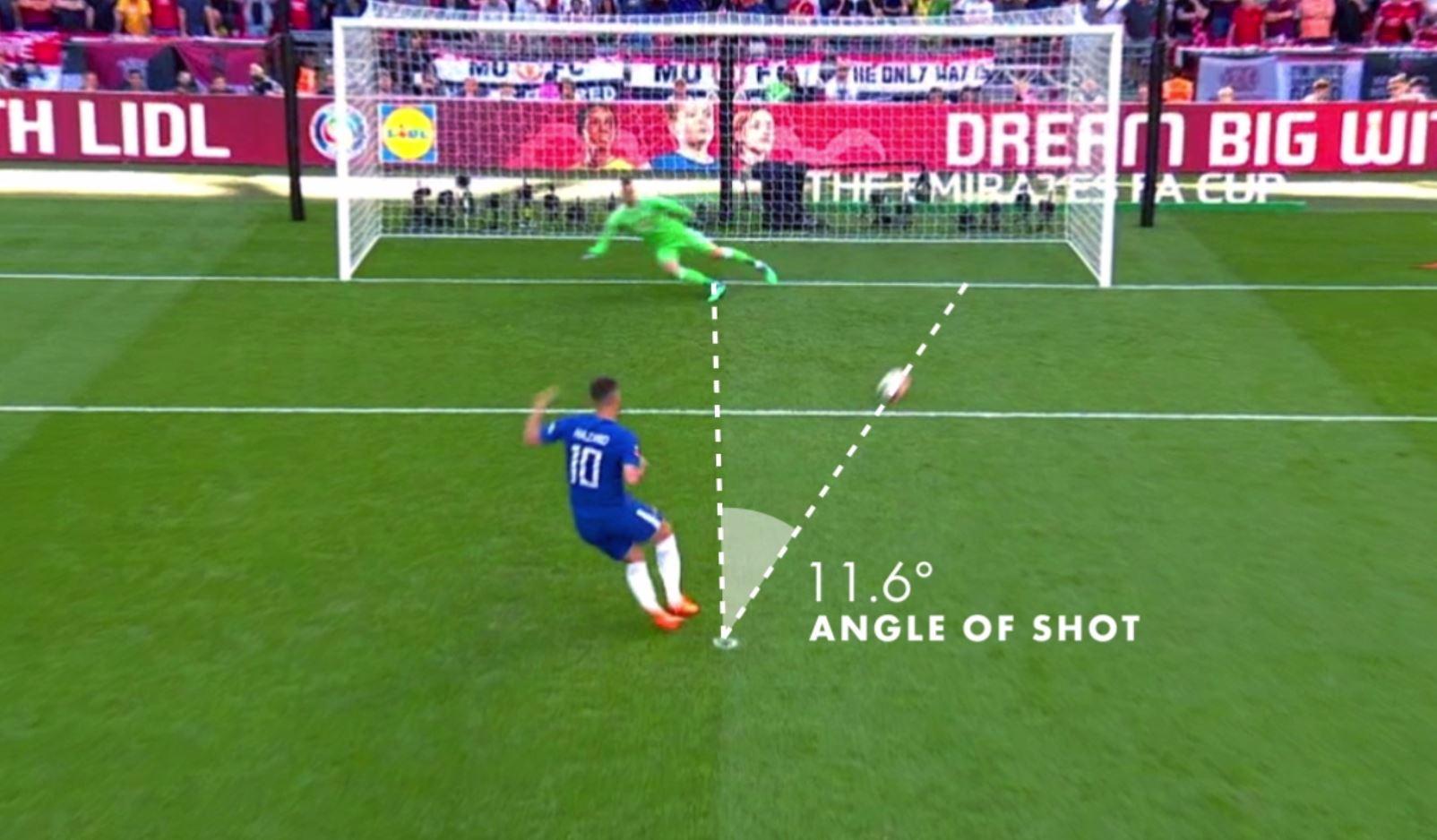 It was the first penalty scored in normal time at a FA Cup final since Ruud van Nistelrooy scored for Manchester United in 2004.

The penalty came in the 22nd minute after England defender Phil Jones clumsily brought down Hazard after a lovely first touch by the Belgian which sent him on his way towards goal.

It is something that will give England nightmares just weeks before the countries face each other at the World Cup in Russia.

The win means Jose Mourinho has ended the season without a trophy, despite qualifying for the Champions League. 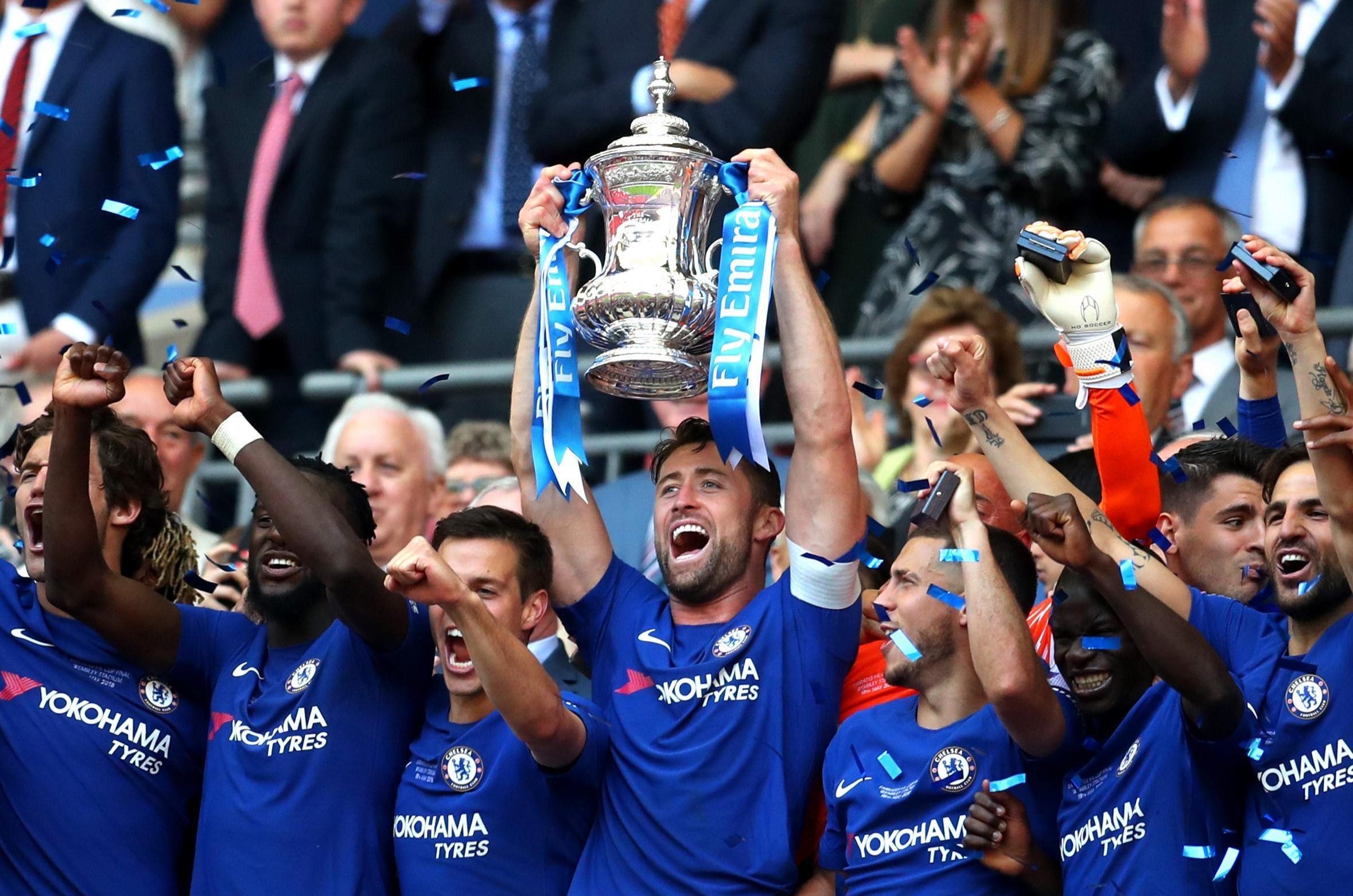