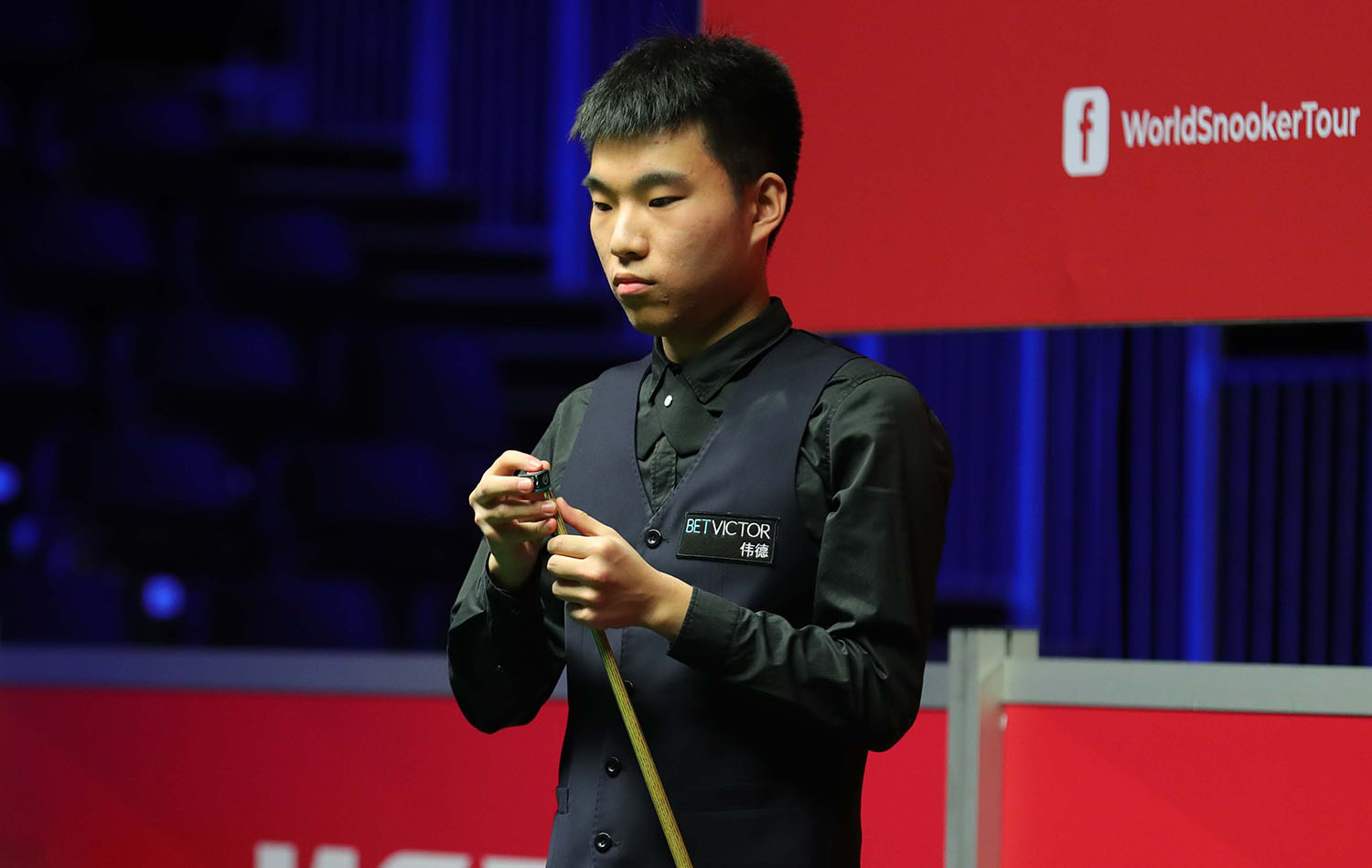 Fan Zhengyi stunned Neil Robertson and Ryan Day on a memorable day at the Champion of Champions, reminding the snooker world how he won the European Masters out of nowhere last season.

The Chinese star faced a tough task against Robertson on Tuesday afternoon, but downed the former world champion 4-3, before a superb performance to beat Day 6-5, with breaks of 135, 130 and four half-centuries along the way.

Fan won the European Masters as a 750/1 outsider last season, sensationally beating Ronnie O’Sullivan in the final, but he did not really follow that up with more success.

The 21-year-old did not win another match after that triumph in February until a Northern Ireland Open qualifier at the end of August. However, he appears to have rediscovered some magic at the prestigious Champion of Champions.

Alan McManus reckons the event is the key for Fan, as the youngster is clearly a player suited to the biggest stages.

‘I think his biggest asset…he needs to get to bigger events like this,’ the former Masters champion said on ITV4.

‘Every now and again a player comes along who prefers playing in bigger arenas. He’s got that gift. You can’t really identify why, he just plays his best snooker in big arenas.’

Day was certainly impressed with Fan, having played very well himself for much of the game, especially as he took an early 3-1 lead.

‘He was a bit like a terrier all night. I started the match really well, the interval came at the wrong time for me,’ said the Welshman.

‘He came out and made 130-odd, he just potted them off the lampshades in the second half of the match. I was lucky to get five with a couple of good clearances.

‘I haven’t seen him play a lot. Obviously he won the Euroepan Masters to get in this tournament. We all remember that he beat Ronnie O’Sullivan in the final of that tournament.

‘He’s obviously a very good player. It’s probably just taken him a bit of time to readjust to being a tournament winner. I’m sure he’s going to go from strength to strength.

‘As well as I started, there was no head dropping, he stuck to his game plan and executed most of it very well.’

The unique group format in the Champion of Champions means Fan is into the semi-finals now, where he will meet one of Ronnie O’Sullivan, Zhao Xintong, Mink Nutcharut or Robert Milkins.