THERE WILL be no hanky panky for the Van Gaals after this.

Not after Louis' Dutch side went limp in the second-half at the Khalifa Stadium. 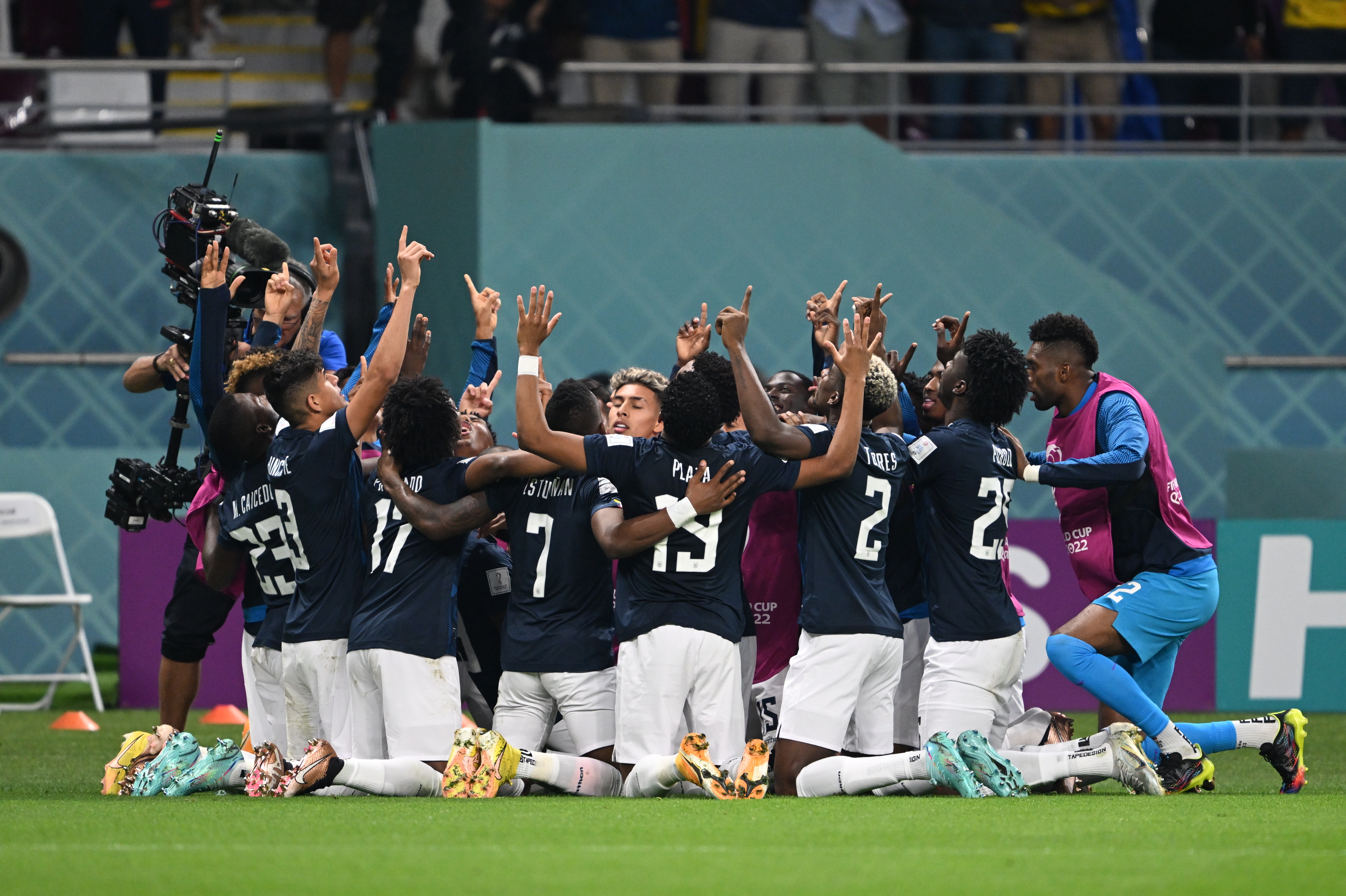 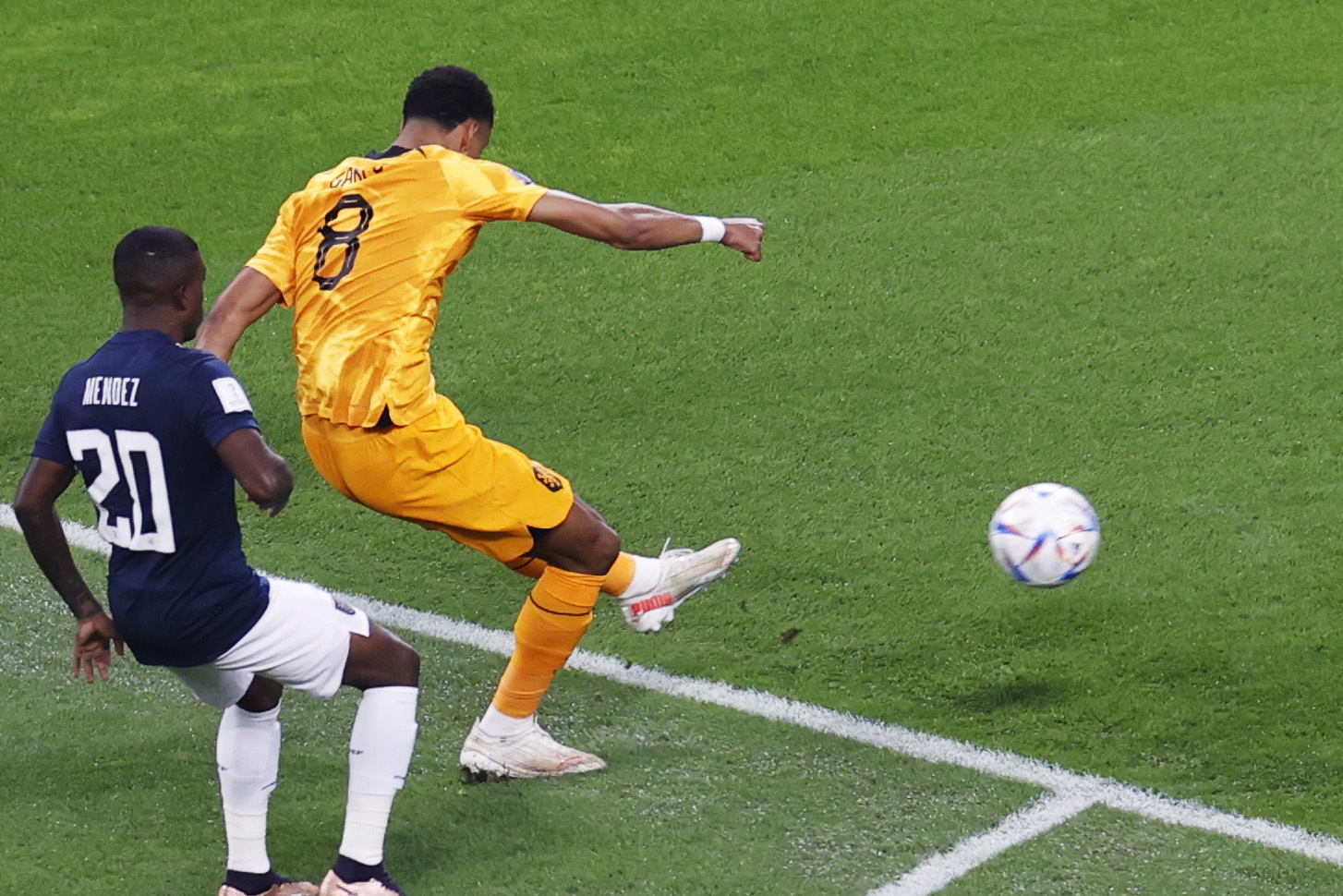 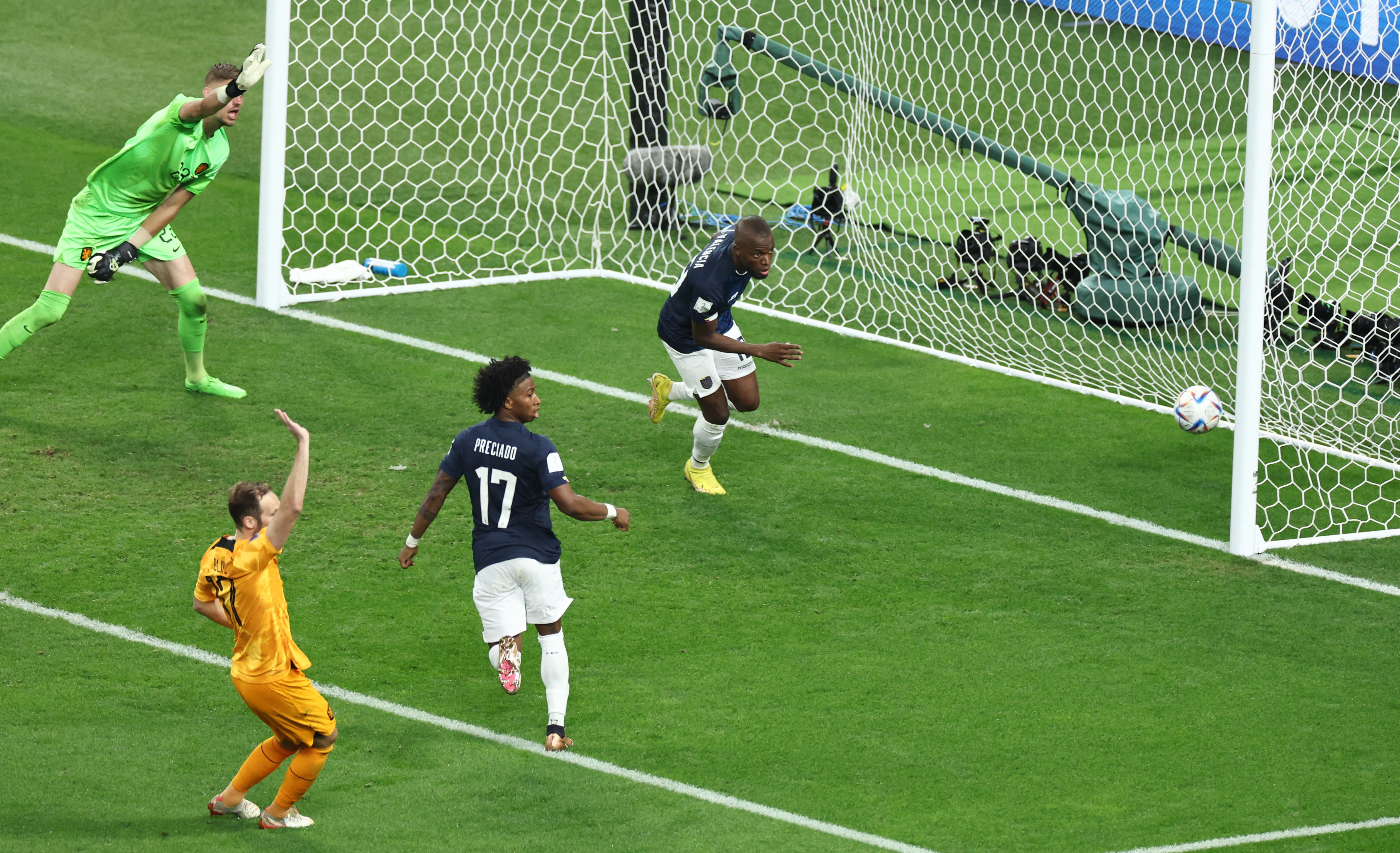 A stunning sixth-minute opener from Cody Gakpo had him up off his seat.

But he was a frustrated figure after Enner Valencia grabbed a deserved leveller on 49 minutes for Ecuador.

The South Americans were closest to getting the winner too when Gonzalo Plata rattled the bar on 59 minutes.

So it will be just a cold cup of tea and biscuits probably back at base camp Oranje for the Van Gaals on this occasion. 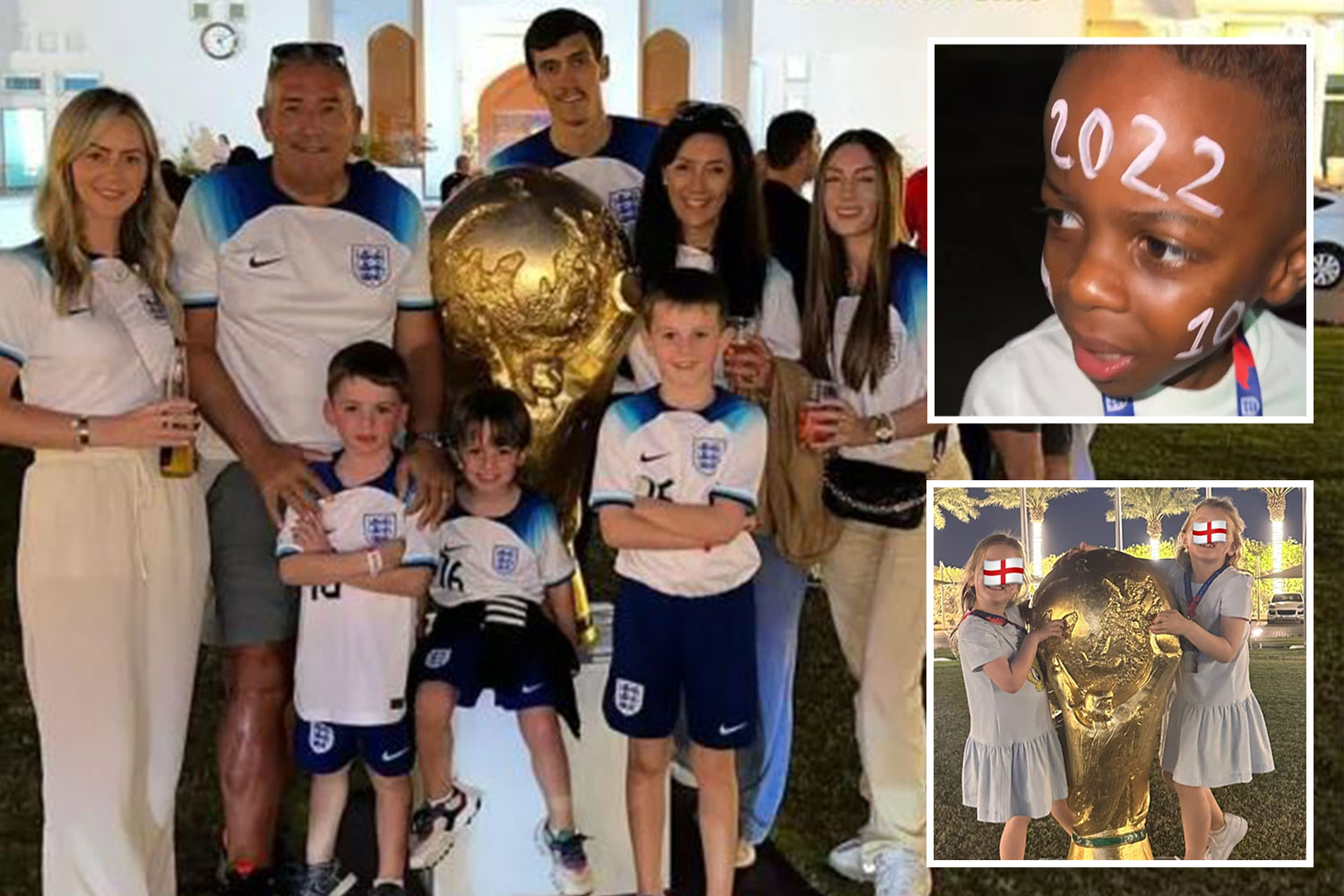 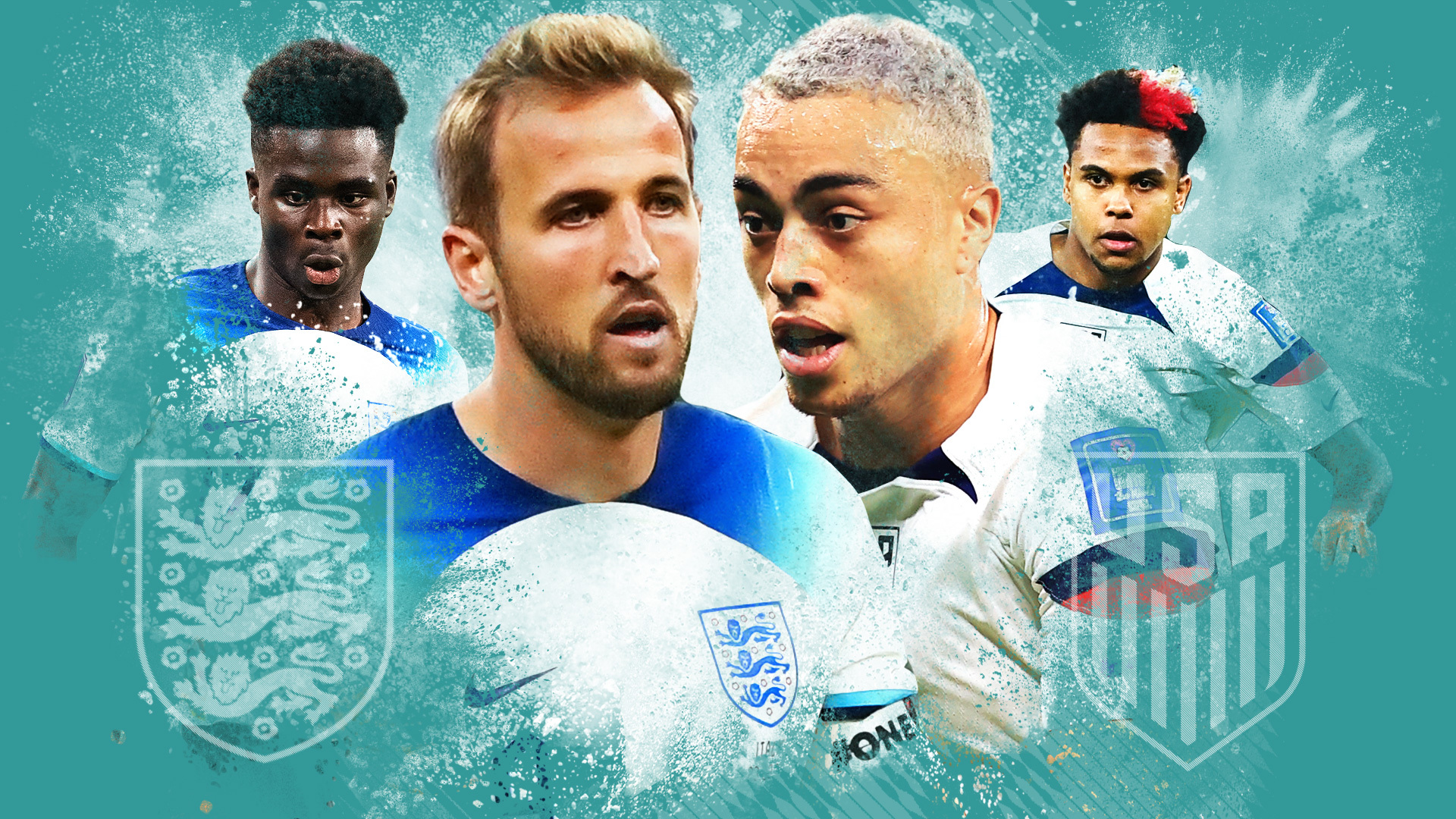 To think Louis was all giddy after a 2-0 opening group game victory over Senegal this week.

He was caught on camera at the Dutch training ground the following day saying to wife Truus ‘But you can come to the hotel. Just to my room. To get laid’ as he laughed.

No reason for fun and frolics on this occasion and Ecuador will feel justice has been done in earning a share of the spoils.

Boos had rung out at the Khalifa at half time.

It was in the final minute of the first period when a poor corner to the near post was cleared to the edge of the area from where Angelo Reciado shot and Pervis Estupinan stuck out a boot to deflect the ball past goalkeeper Andries Noppert.

Celebrations round the ground where Ecuador fans outnumbered the Dutch by four to one.

But the linesman's flag was raised against Jackson Porozo who was standing in the six-yard box.

He didn’t touch the ball but was adjudged to have affected the goalkeeper's view even though Noppert was already diving to his right before Estupinan’s intervention.

No Dutch players appealed, not even Noppert who looked as confused as the Ecuador players when the flag was raised.

The whistle for the break blew seconds later and the protests to all the officials went on with the Ecuador players perplexed by the explanation they were getting.

But they would get their reward when four minutes after the break after a catalogue of errors by the Dutch finished with Valencia playing the ball wide to Estupinan and following up to poke home his parried cross shot. 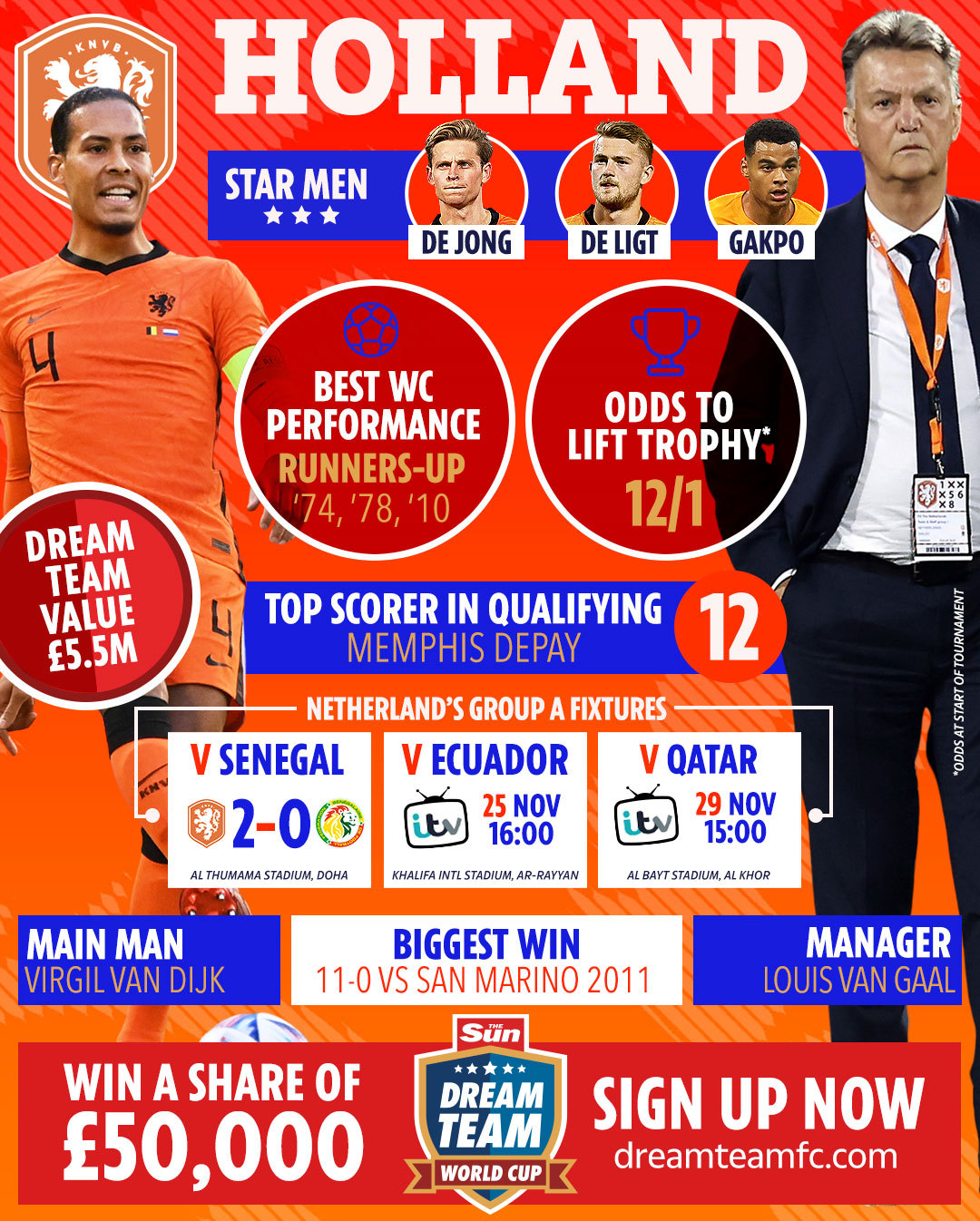 Worryingly for Ecuador, however, Valencia would later leave the field on a stretcher before limping heavily to the dugout.

What a goal it was that had given Holland the early lead.

Brighton’s Moises Caicedo was guilty of losing possession to Davy Klaassen and what he did next was class.

Taking the ball to his right and two defenders with him he then produced  a clever back heel to Gakpo.

He still had three Ecuador players to evade which he did with a curling shot that began outside the left-hand upright but altered it’s direction in the air finding a gap between post and the goalkeeper’s outstretched arm.

His second goal in two games after breaking the deadlock in the 84th minute of Holland’s 2-0 victory over Senegal, in which Klaassen came on as a sub to add the second.

But that bright start fizzled out very quickly with Ecuador finishing much the stronger. 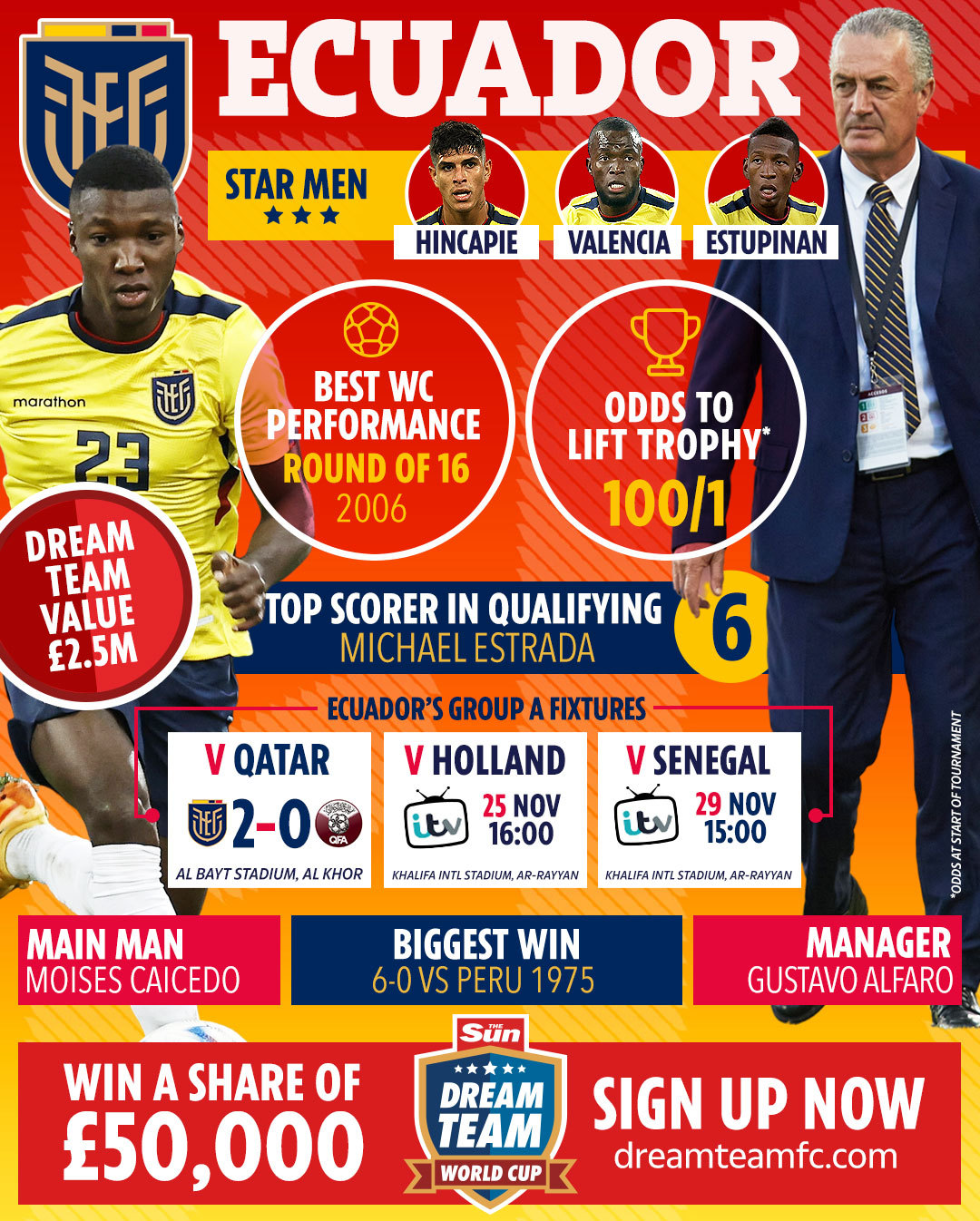