‘It was an honour’: England players thank fans after World Cup exit

‘Was an honour to represent my country’: Jesse Lingard and Harry Kane among England players to thank fans after World Cup semi final defeat

England players have expressed their devastation and thanked the fans after their World Cup dream was shattered by Croatia.

In their first World Cup semi final since 1990, England took the lead before being eventually beaten 2-1 after extra time in Moscow.

Following the game, the likes of Jesse Lingard and Harry Kane used social media to express their gratitude for the support they have received in their unlikely run to the last four in Russia. 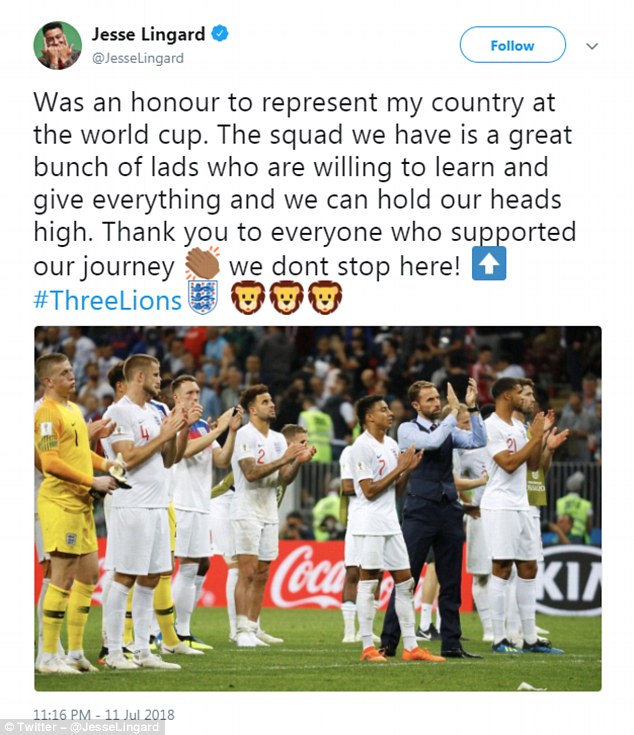 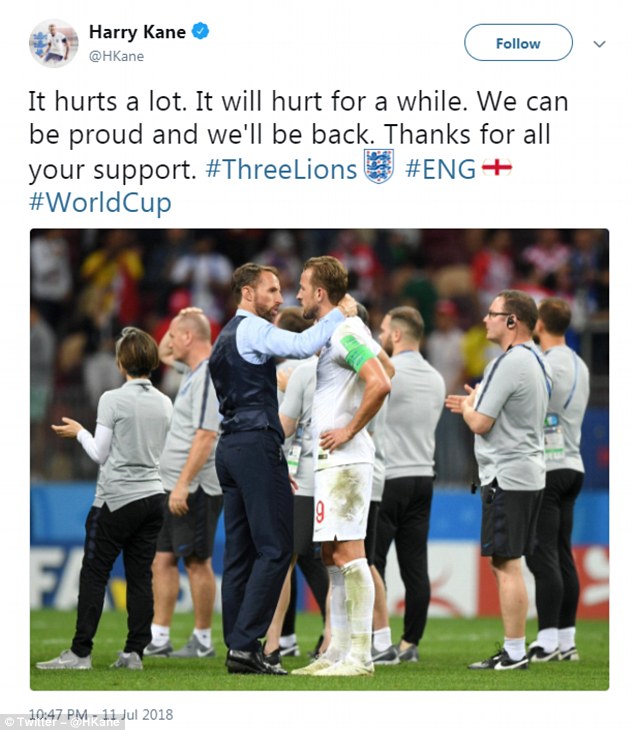 Manchester United forward Lingard posted a picture of the team applauding the fans at the Luzhniki Stadium, captioned: ‘Was an honour to represent my country at the World Cup.

‘The squad we have is a great bunch of lads who are willing to learn and give everything and we can hold our heads high. Thank you to everyone who supported our journey. We don’t stop here!’

England captain Kane also expressed his gratitude, while also repeating his admission to the television cameras after the game that the loss as left him hurting.

He wrote: ‘It hurts a lot. It will hurt for a while. We can be proud and we’ll be back. Thanks for all your support.’ 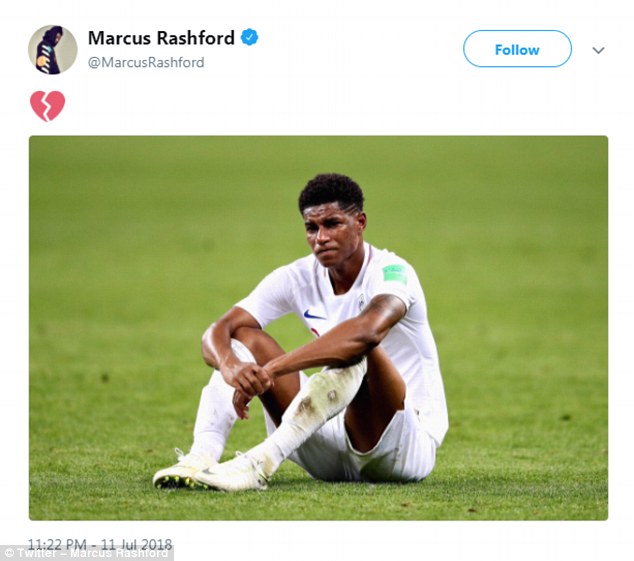 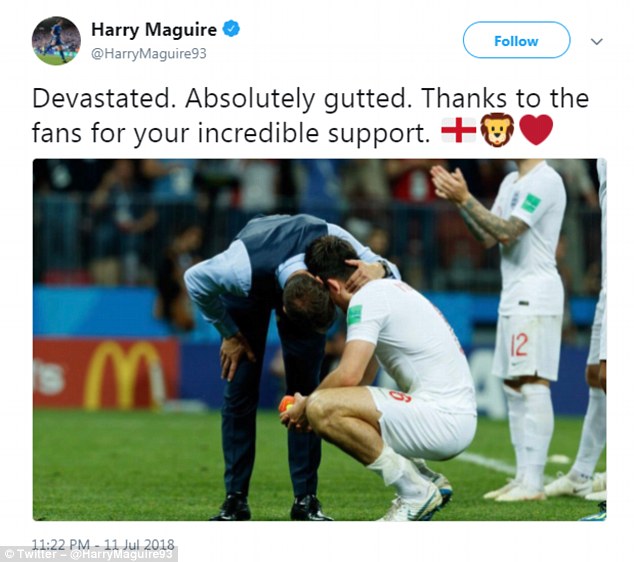 Harry Maguire, Jesse Lingard and Harry Kane also expressed their thanks to the fans

Marcus Rashford meanwhile kept his message simpler but just as effective – a picture of him in tears on the turf in Moscow, with an emoji of a broken heart as the only caption.

Defender Harry Maguire meanwhile posted a picture of him being comforted by manager Gareth Southgate as England missed out on a first major tournament final for 52 years.

Maguire wrote on Twitter: ‘Devastated. Absolutely gutted. Thanks to the fans for your incredible support.’

Reserve goalkeeper Jack Butland said: ‘Devastated to not be coming back here for the final on Sunday but this is just the beginning for this squad!

‘To each and every England fan, the support has been incredible and we can’t thank you enough!’ 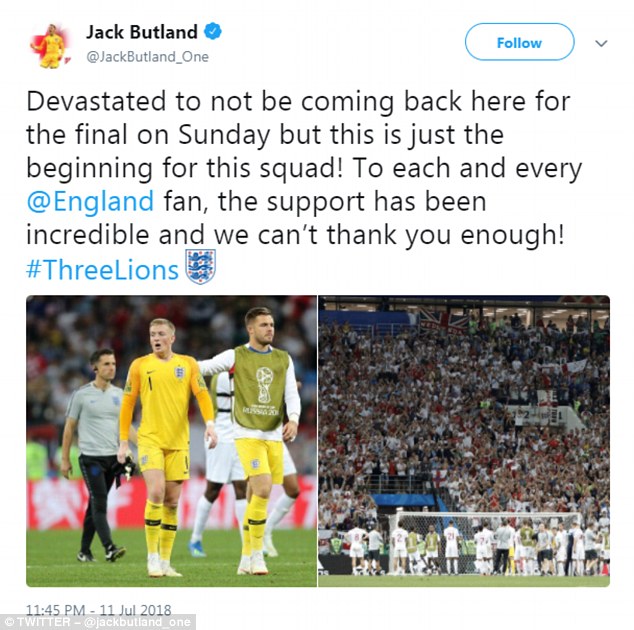