Hooker Dane Coles will attend an All Blacks training camp but is no guarantee to face Australia in the first two Tests of the Rugby Championship. 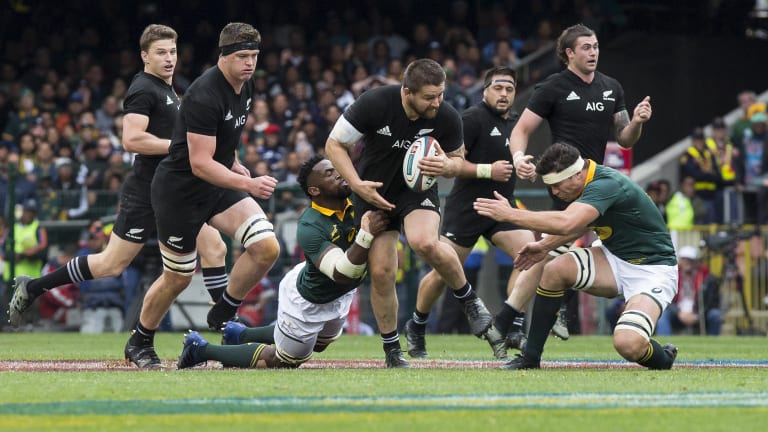 Back in the frame: Dane Coles runs with the ball.

The camp won't feature any players from the Crusaders, who are hosting the Lions in the Super Rugby final in the same city on Saturday.

He hasn't played since with an unsuccessful operation having pushed his return date back from June.

The 31-year-old has regained strength and flexibility in his knee and has been running without concern.

However, Bledisloe Cup Tests in Sydney (August 18) and Auckland (August 25) this month may be regarded as too soon for a comeback with Hansen likely to want the front-rower to prove his readiness over an extended period.

Three hookers will probably be named in the Rugby Championship squad unveiling on Monday.

There were no surprises in Hansen's camp group with all the players who were available from the June series win over France included.

The only uncapped players are halfback Te Toiroa Tahuriorangi and No.8 Akira Ioane.