Former Wallabies centre and Super Rugby-winning Waratah Rob Horne has been forced to retire after suffering nerve damage to his arm in a game in the UK Premiership.

A statement from Horne’s club, Northampton Saints, said the 34-Test Australian had sustained “career-ending nerve damage to his right arm” and had made the decision to retire from rugby after consulting with neurologists in England.

He was injured in the Saints’ clash with Leicester last week, making contact with the knee of a Tigers player who was in the air to take a ball. Fellow Australian centre Matt Toomua, who plays for Leicester, was among the first to go to his aid. 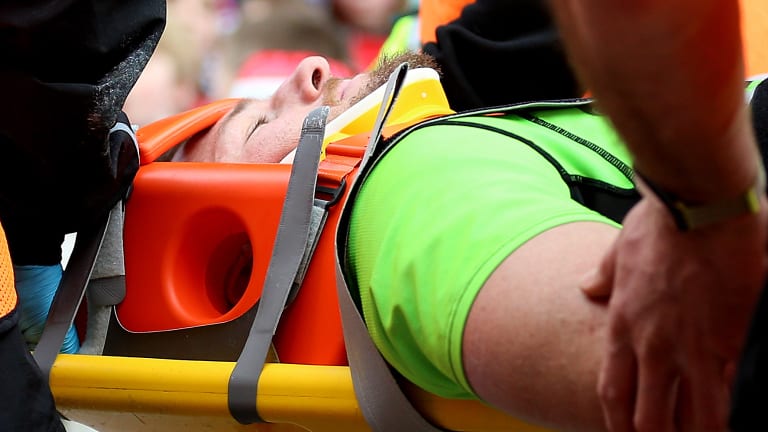 Career ending: Rob Horne is stretchered off during the Aviva Premiership match at Welford Road, Leicester.

“This is absolutely tragic news, and has been devastating for every member of the squad and staff here,” interim head coach Alan Dickens said in a statement.

“All our thoughts are of course with Rob and his family at this time.

“Rob is not only a world-class rugby player, but he’s an exceptional man. He is a hugely respected and popular member of the dressing room and this will be an enormous loss to Saints – both from a rugby and a personal perspective.

Horne, 28, last played for Australia against Italy in June last year. The hard-hitting centre has been in England for a year after spending a decade at the Waratahs, with whom he won a Super Rugby title in 2014. 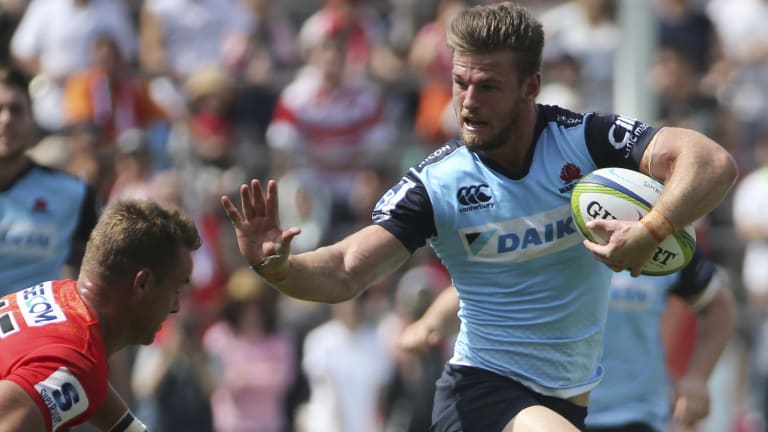 Hugely respected: Rob Horne in action for the Waratahs against the Sunwolves in 2016.

He played 21 games for the Saints and was this season’s top try scorer, on eight tries, when he led the team out as stand-in captain against the Tigers.

“Rob has been the ultimate professional in his time at Franklin’s Gardens, and shone on the pitch in what has been a difficult season for Saints,” Saints chief executive Mark Darbon said.

“This news has shaken everyone at the club, and I’m sure all of our supporters will join us in sending our best wishes to Rob, his wife Simone and their two young children.

“Rob will always be a part of the Saints family and we will, of course, do everything we can to help him through his rehabilitation and transition in to the next stage of his life.”