It could also mean Masaaki Higashiguchi misses the World Cup this summer. 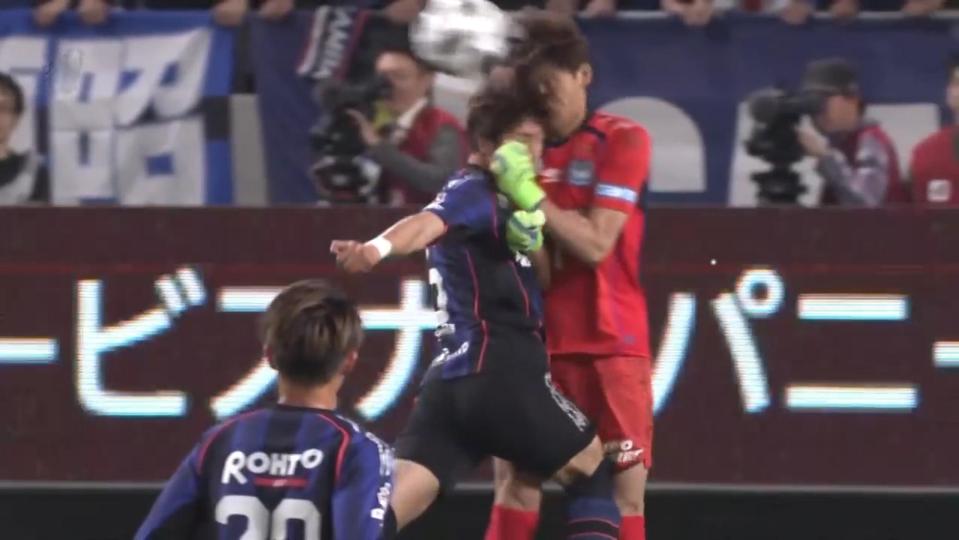 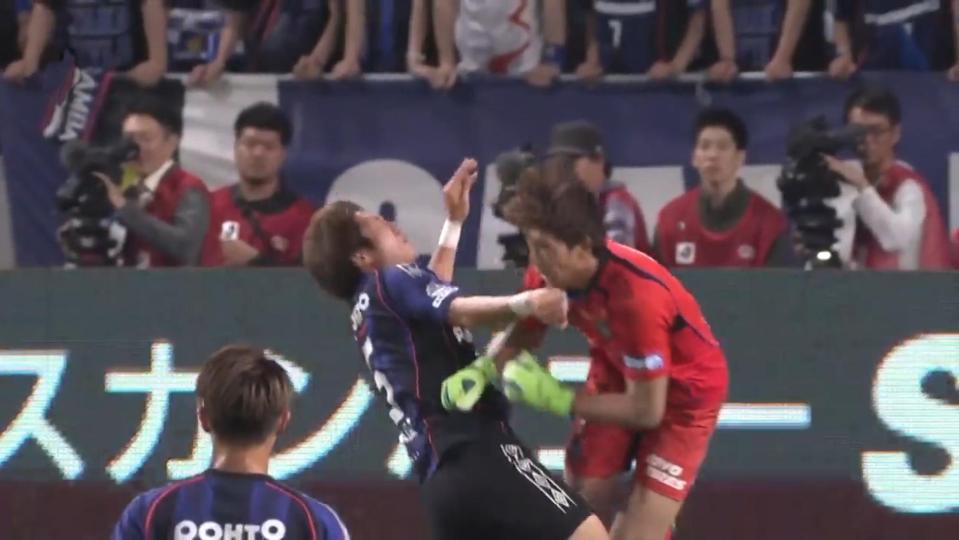 Japanese goalkeeper Higashiguchi suffered the horrific injuries in his side Gamba Osaka's victory over Cerezo Osaka.

In the video, the Cerezo goalkeeper launches a long ball over Gamba's defence and Higashiguchi comes out of his box to clear the ball.

As the goalkeeper comes rushing out, his own defender Genta Mirua sprints back towards the ball at the same time and both players launch their heads at the ball.

Miura's head crashes into his goalkeeper's face and one of Higashiguchi's teeth appears to be sent flying in the high-speed collision. 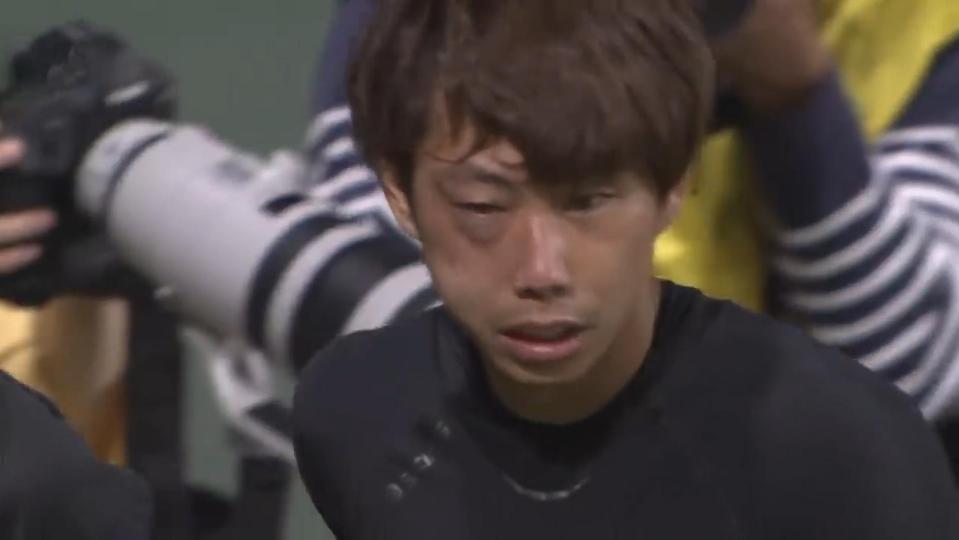 The Japanese stopper is sent flying backwards in the clash and had to be treated for his injuries on the pitch, being substituted shortly after.

His face can be seen heavily swollen and his right eye appears half-shut as he walks off the pitch. 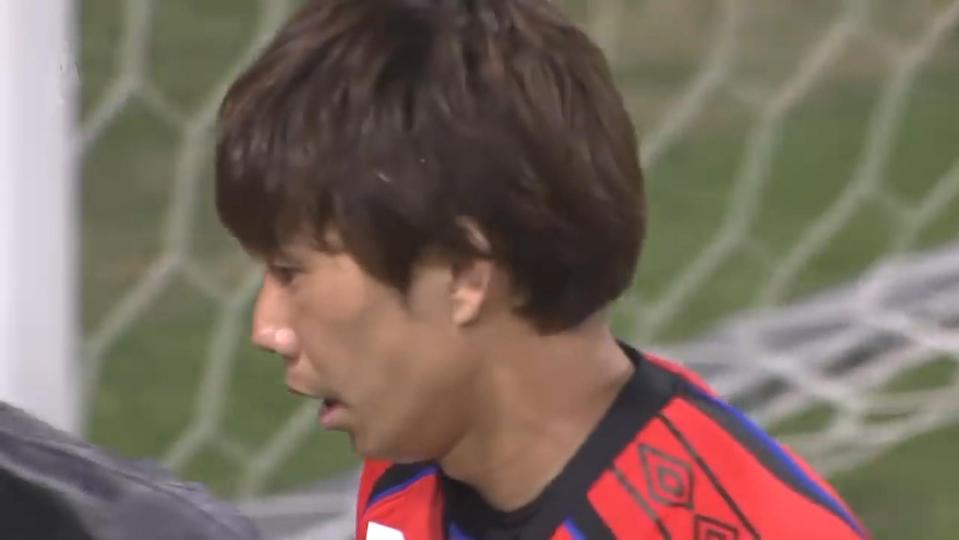 Local media are reporting that the Japanese international has suffered potential breaks to bones in his face and he is awaiting the results of scans to fins out the extent of the damage.

Higashiguchi is a regular on the bench for Japan's national team, acting as the back-up for 35-year-old Metz goalkeeper Eiji Kawashima and could miss out on the World Cup if he has suffered serious damage.

Gamba Osaka went on to win the match 1-0 after Higashiguchi was taken off in the 15th minute with the match scoreless.