Footage shows a car shunt into a three-vehicle pile-up during Wasatch County Fair Days, causing a slab of stone to fall on a 46-year-old employee while he reaches for his flag. 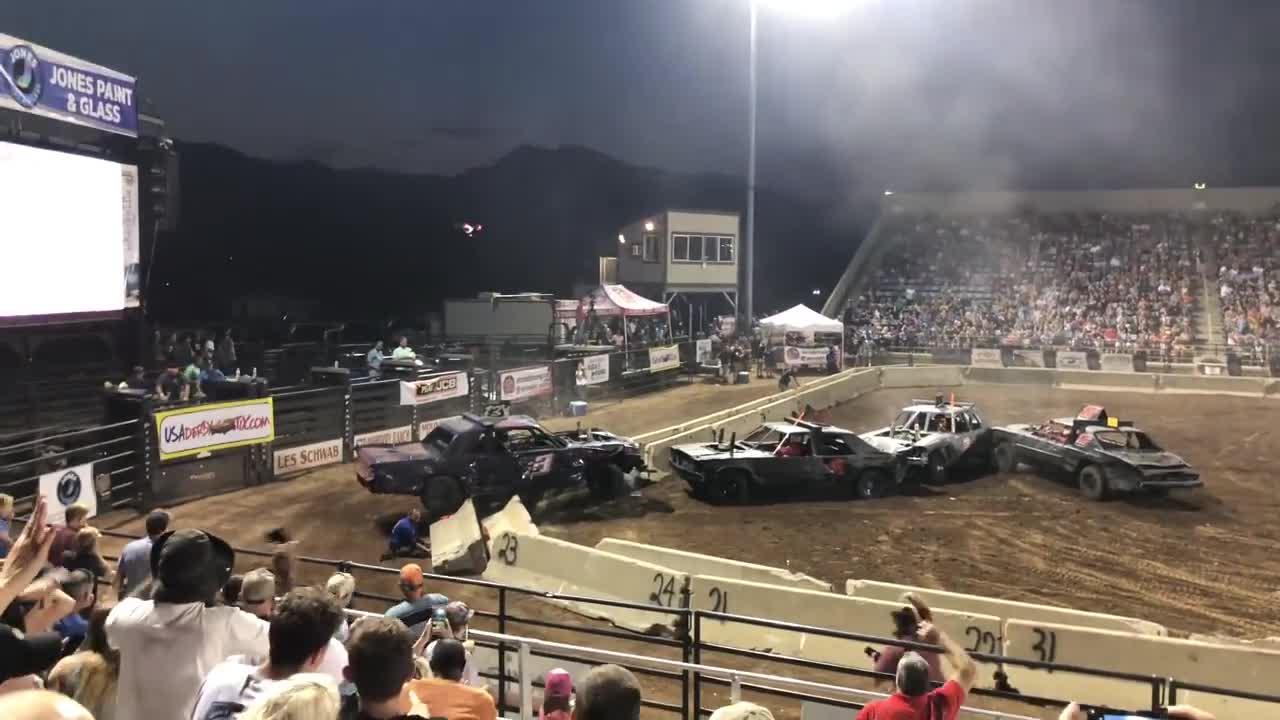 The man, who was later confirmed to be in a stable condition, is knocked over and can only sit down with his legs caught under the 450kg barrier.

Cheers instantly turn to screams as horrified fans rush to help the worker.

Spectators can be seen leaping over railings and running towards him while the announcer calls for paramedics. 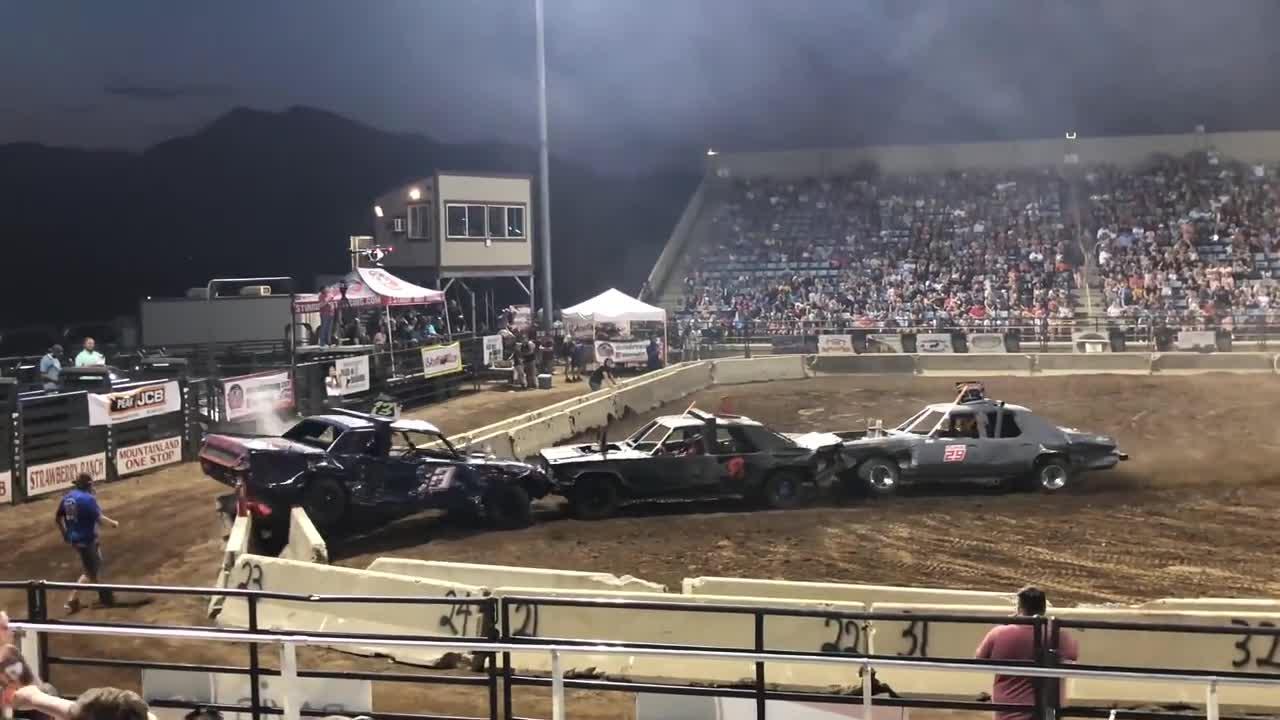 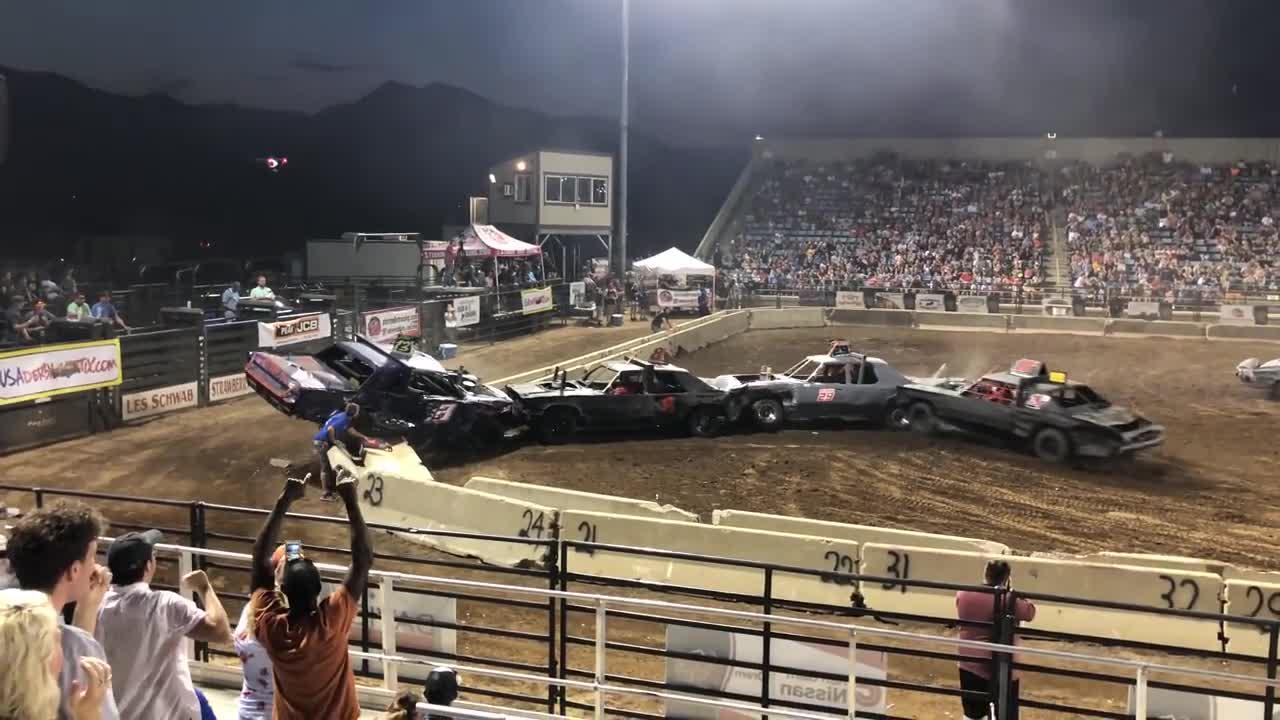 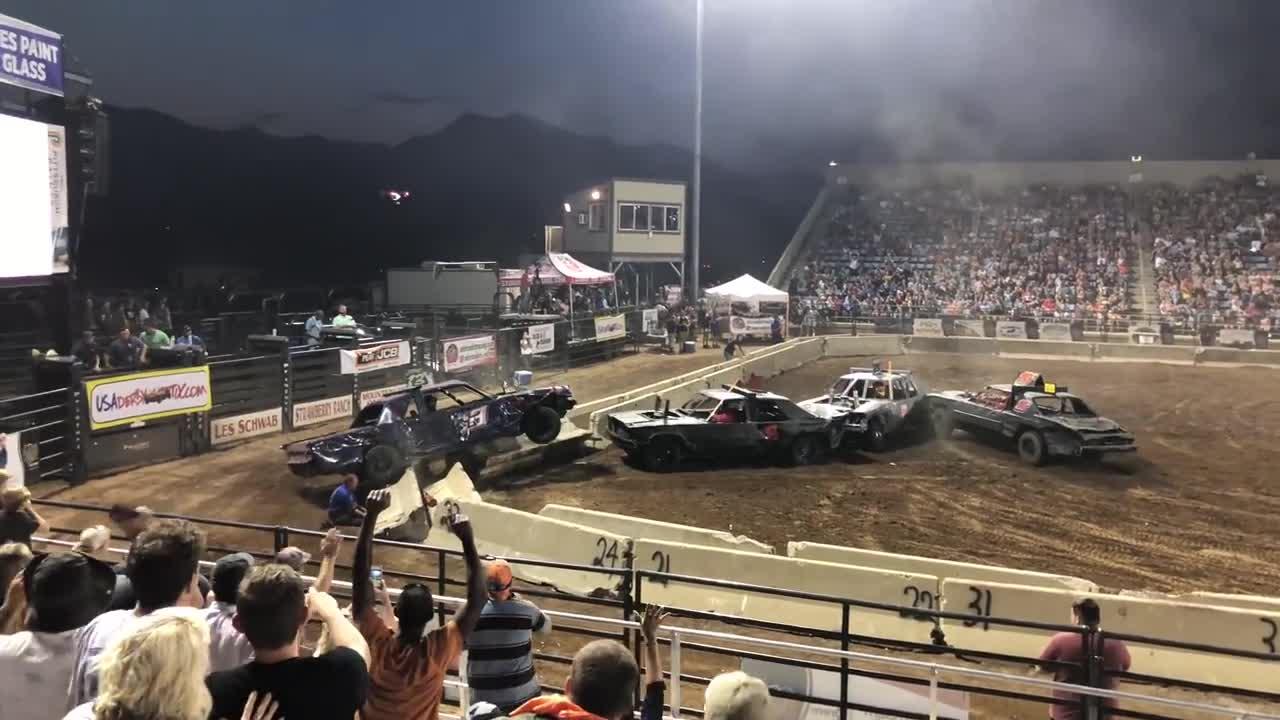 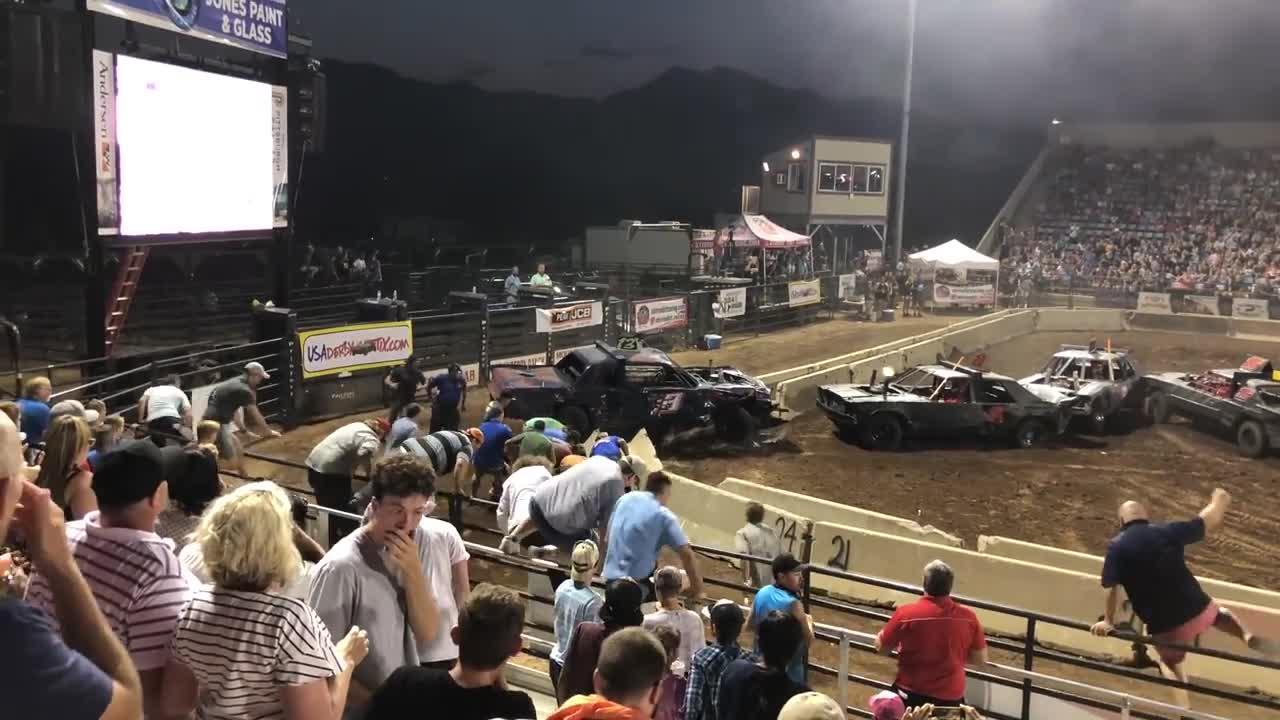 "Somebody better get the paramedics into the arena right now."

Fans heroically group together and push the car caught on the barricade back down into the circuit.

Paramedics arrive on the scene while the rescue mission continues.

And they soon help the injured official as supporters back away to give them space.

The official was in stable condition on Saturday at Heber Valley Medical Center, according to Wasatch County Sheriff's Chief Deputy Jared Rigby.

Rigby said: "One of the individuals that was working at the event, he was standing just outside of the demolition derby pit area. And he was the official, one of the official flaggers.

"He's pretty fortunate it didn't get up into the upper body but got him in the lower half."