The incident took place in the city of Zarate in the Argentine province of Buenos Aires on Sunday night. 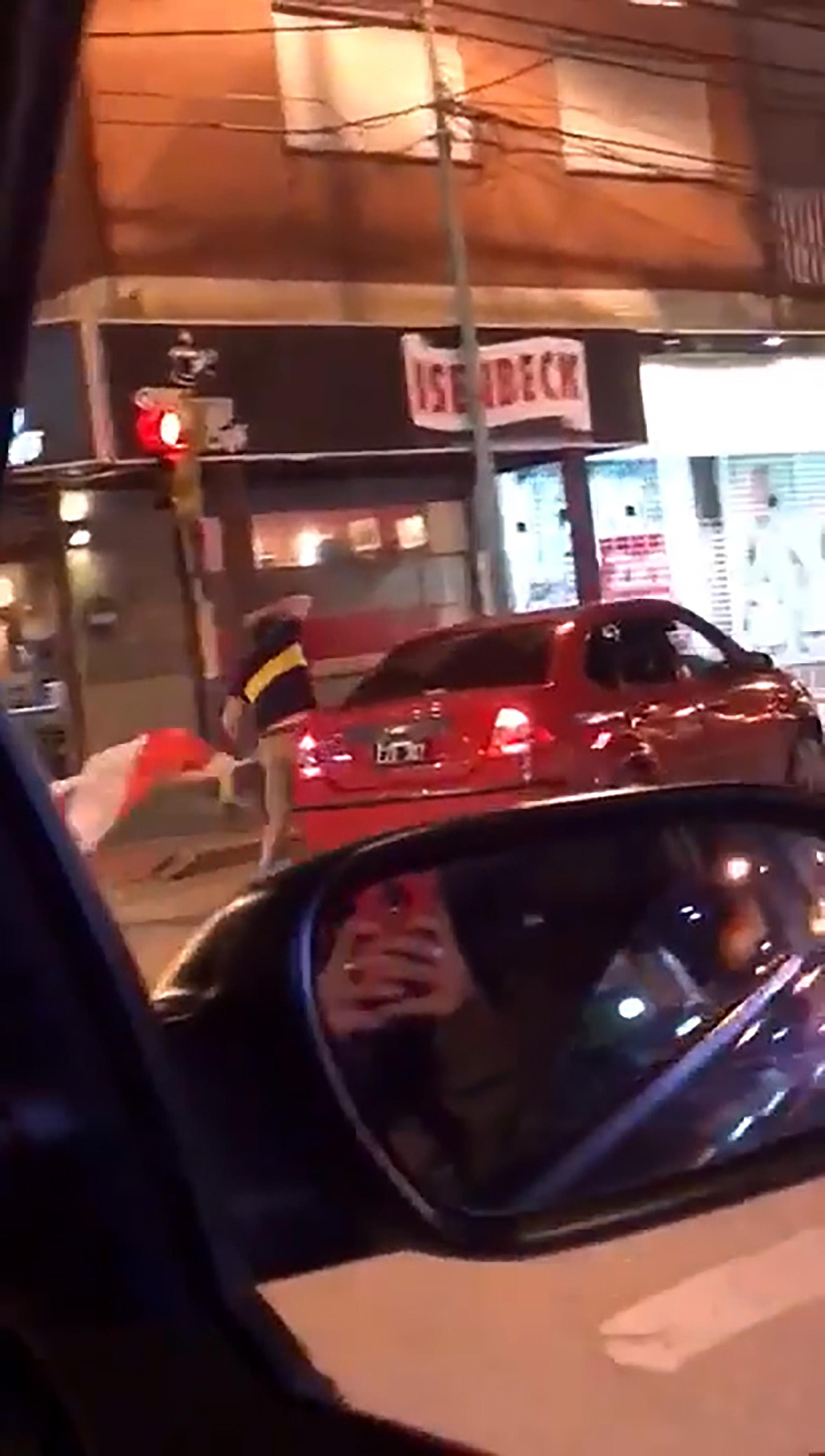 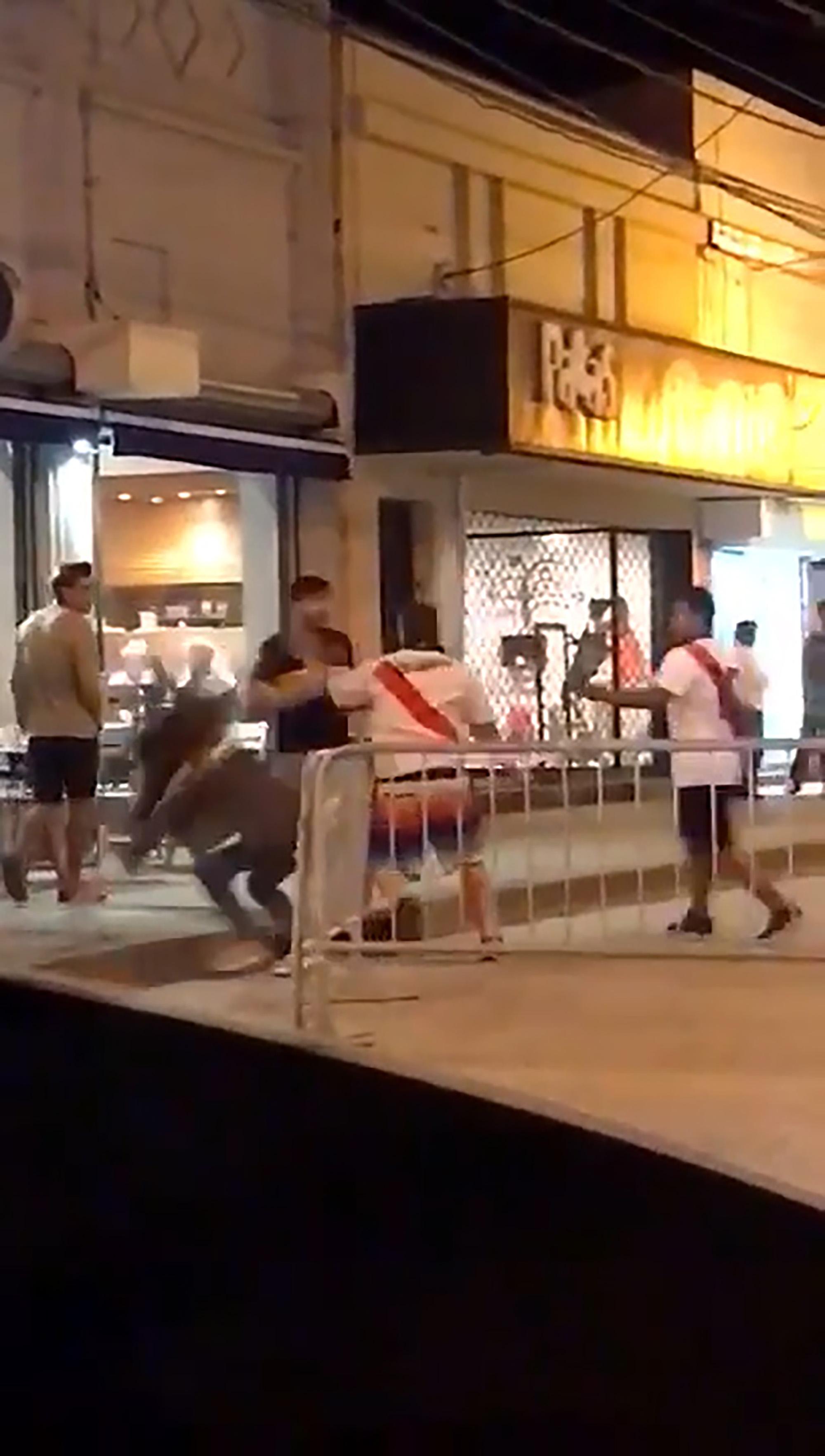 River Plate went to La Bombonera and beat Boca Juniors 2-0 to move above their arch-rivals in the Argentine Primera Division.

And substitute Ignacio Scocco sealed the victory over Carlos Tevez's side with a vicious strike in the second half.

The footage of the street incident was captured by an onlooker in a car following the Superclasico match. 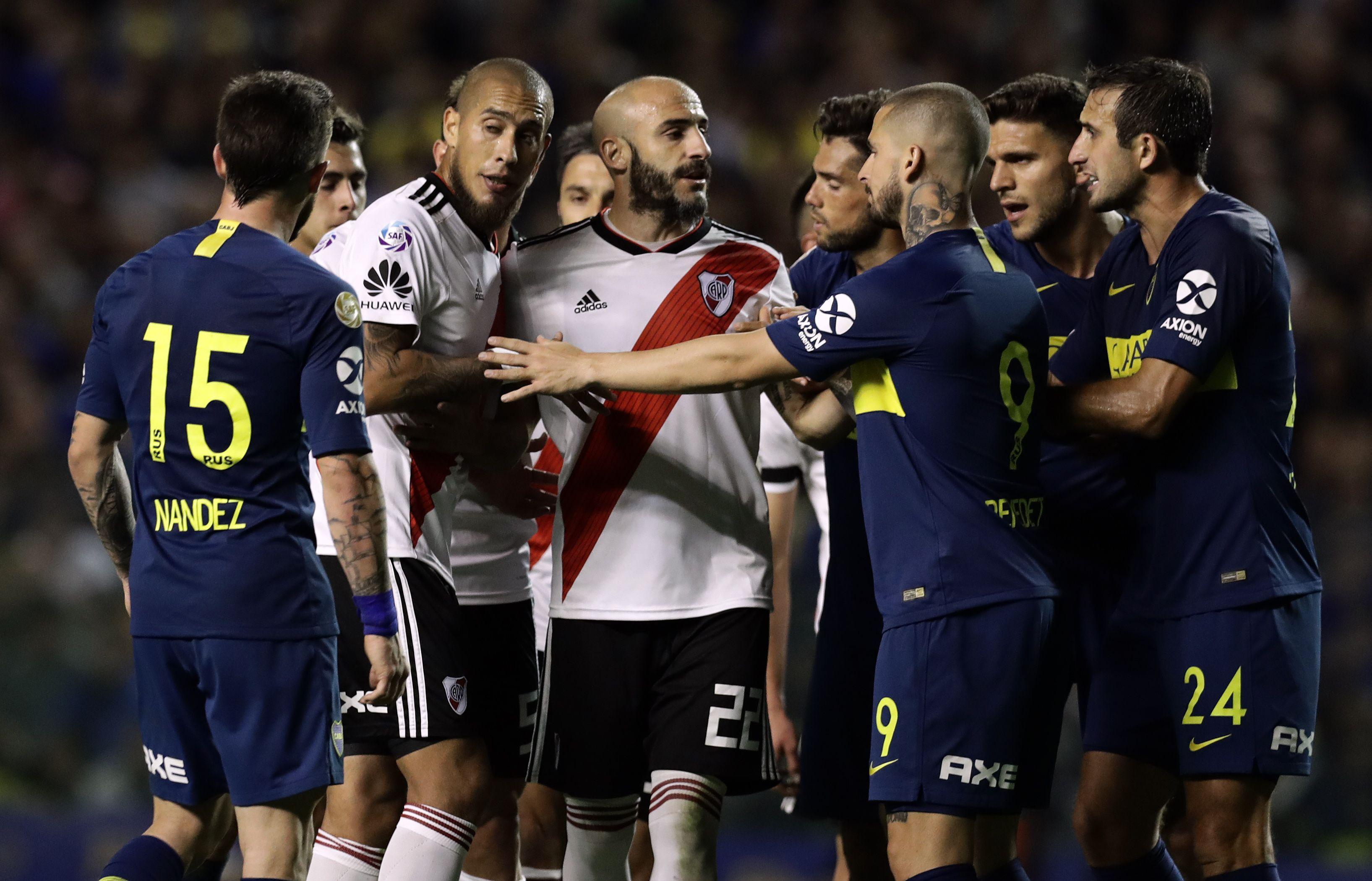 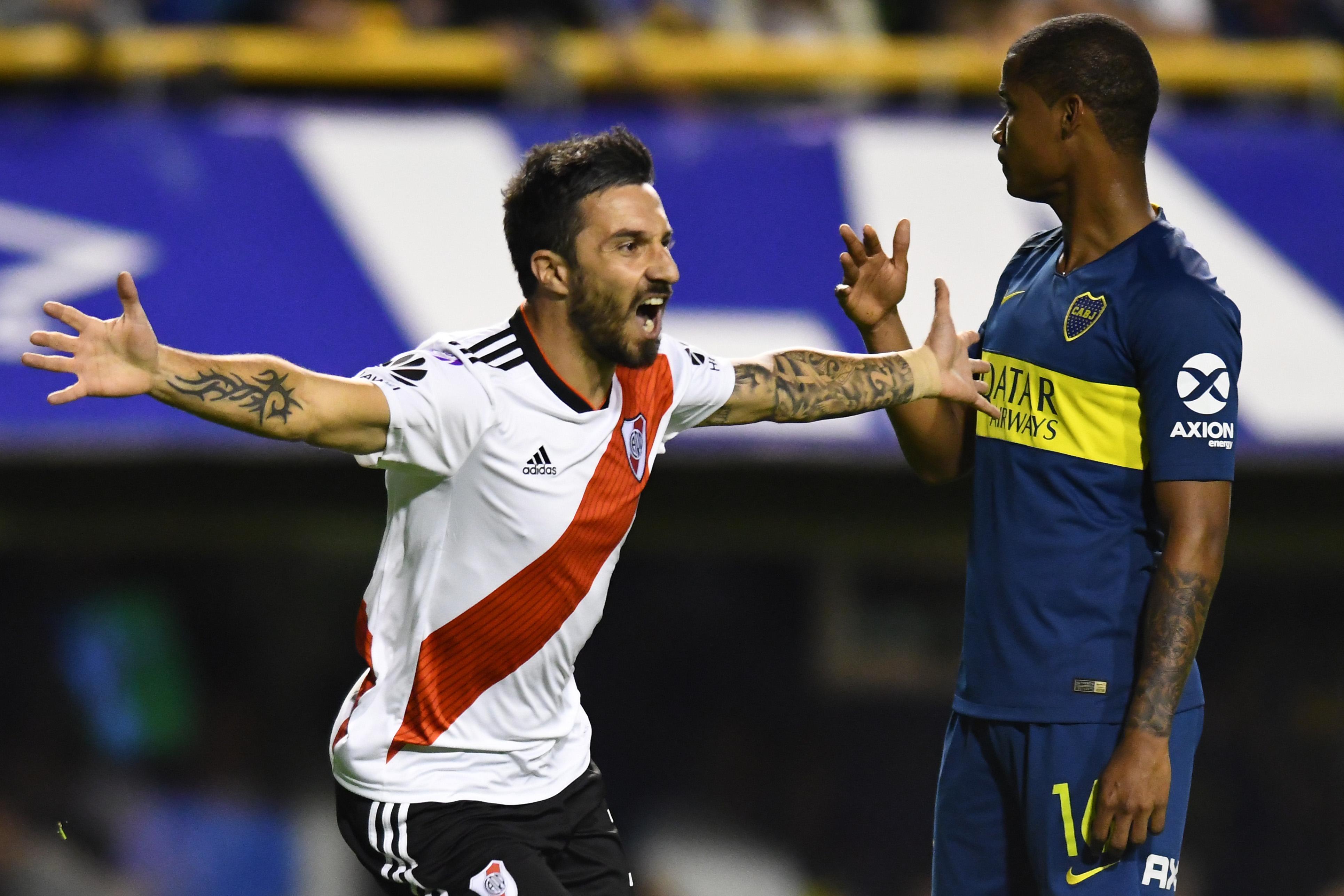 In the video, a Boca Juniors fan can be seen chasing after a car with a River Plate flag flying from the window.

The Boca fan grabs the flag from the car and appears to punch the window before walking off.

But two River Plate supporters get out and jog after the man and his female companion.

One of the men then reaches the Boca Juniors fan and attacks the woman, leaving her on the floor after a single punch to the face. 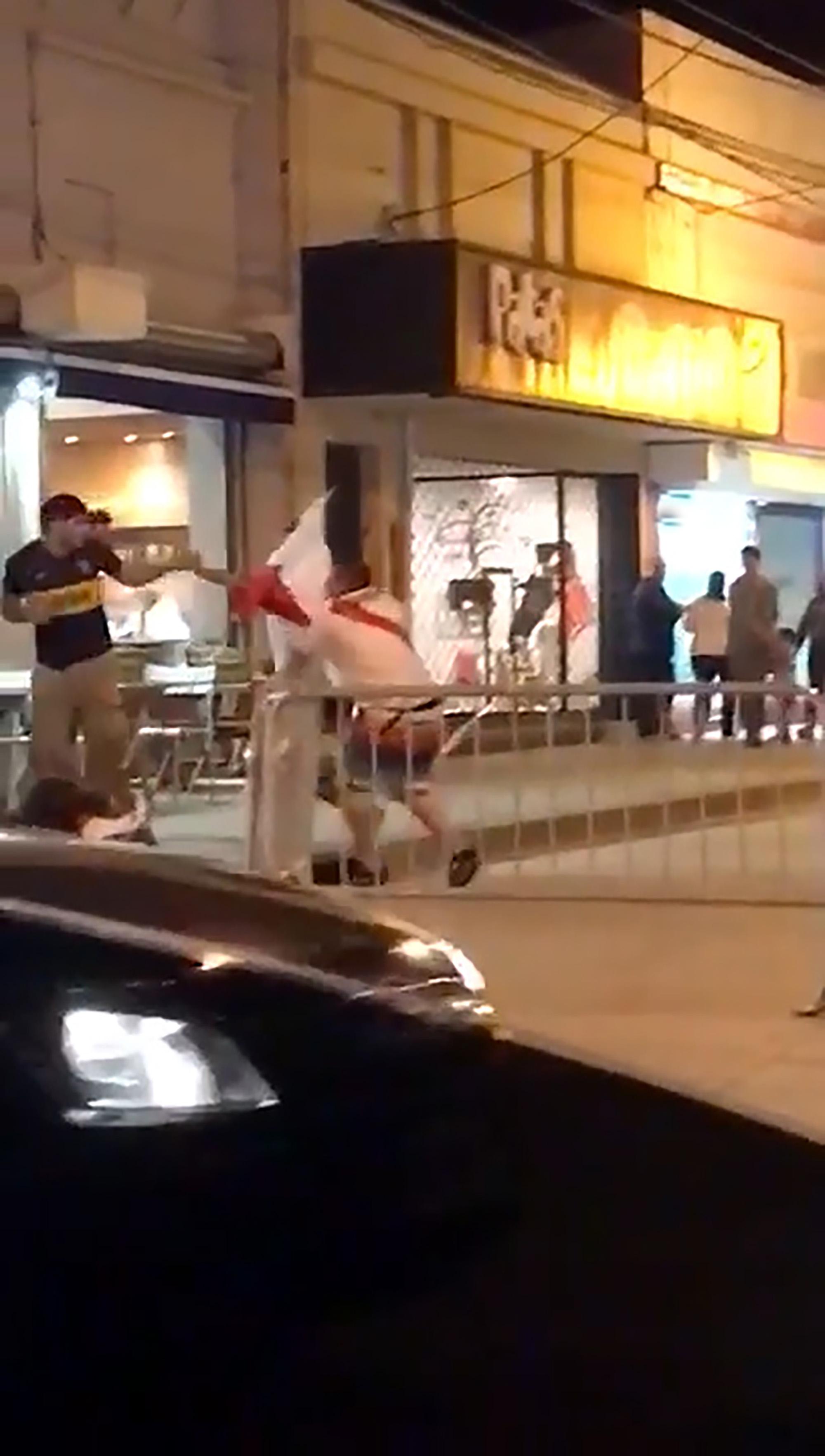 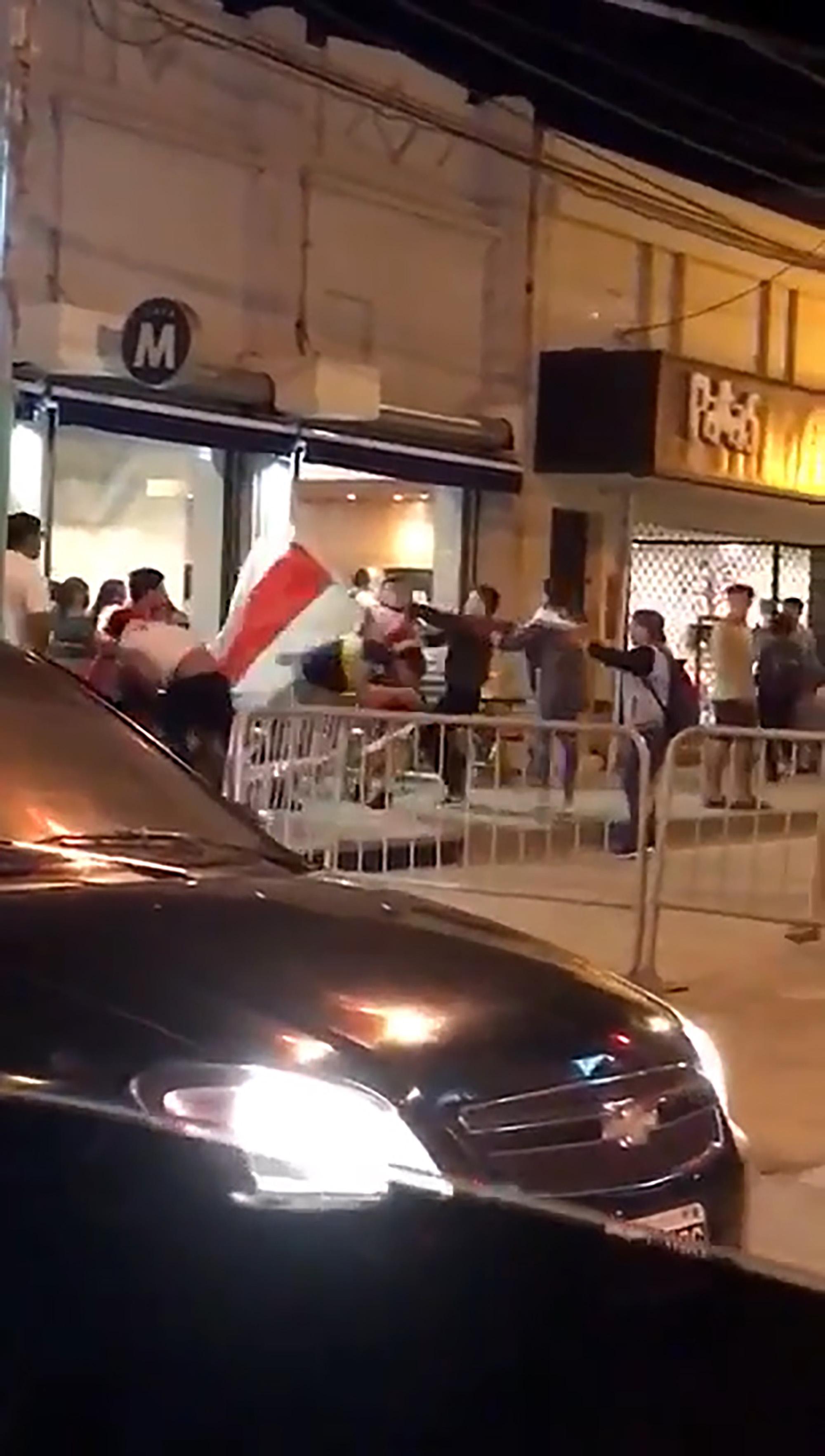 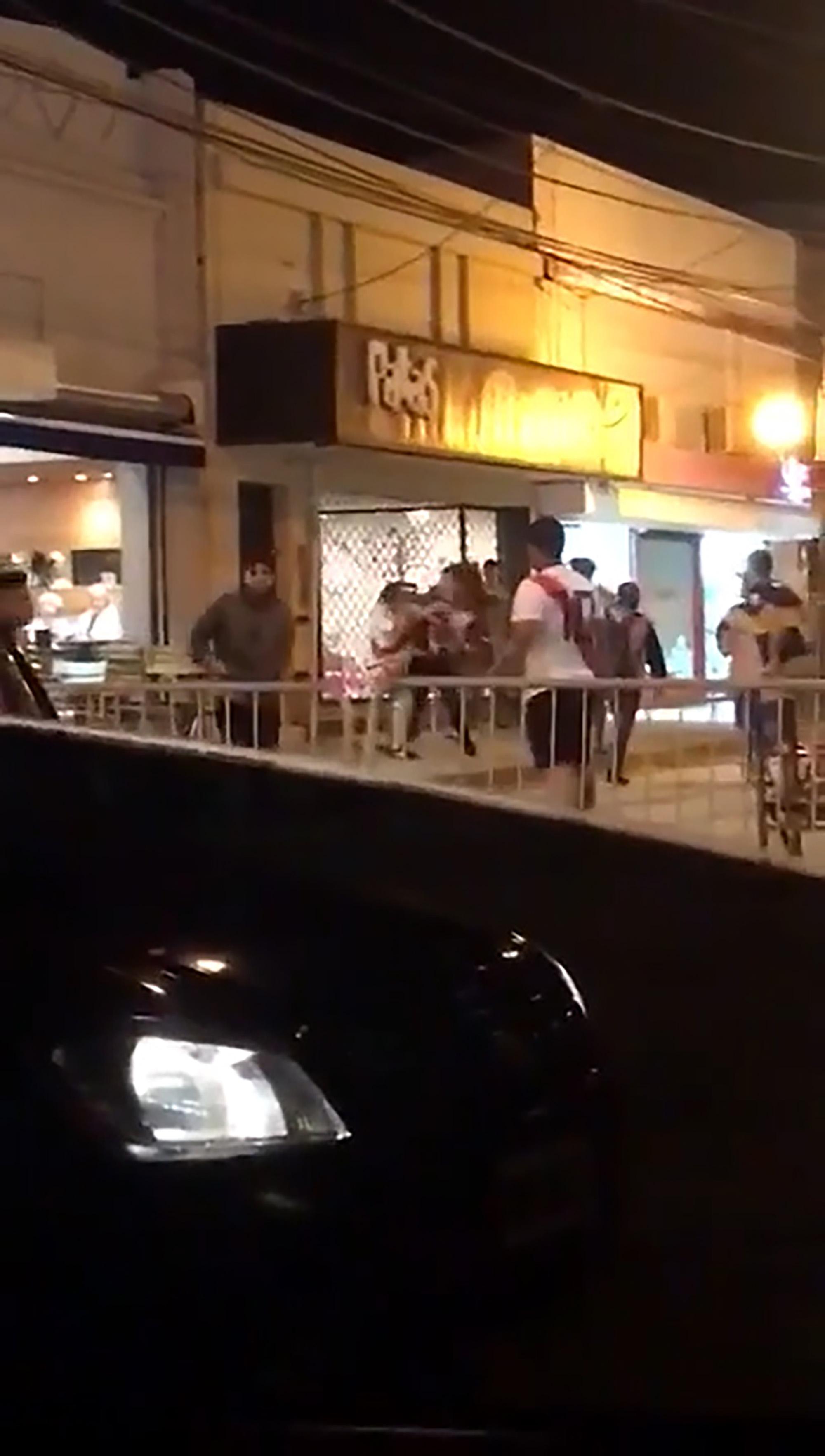 A brawl then ensues between the River Plate thug and his friend and a group of onlookers including the Boca Juniors fan.

Local media report the thugs managed to escape the scene before the police arrived and they have not been identified while there are no updates on the victim's condition. 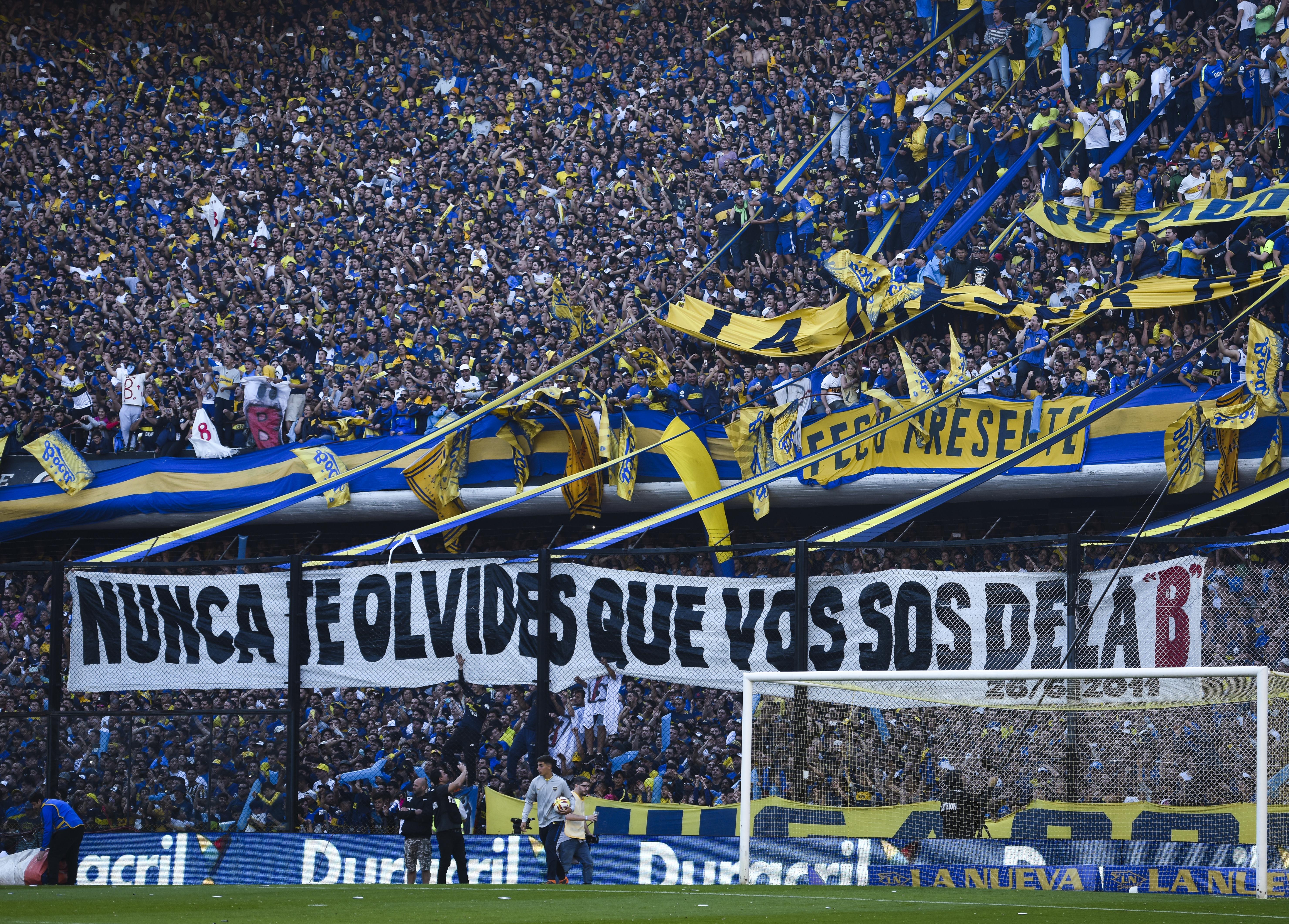 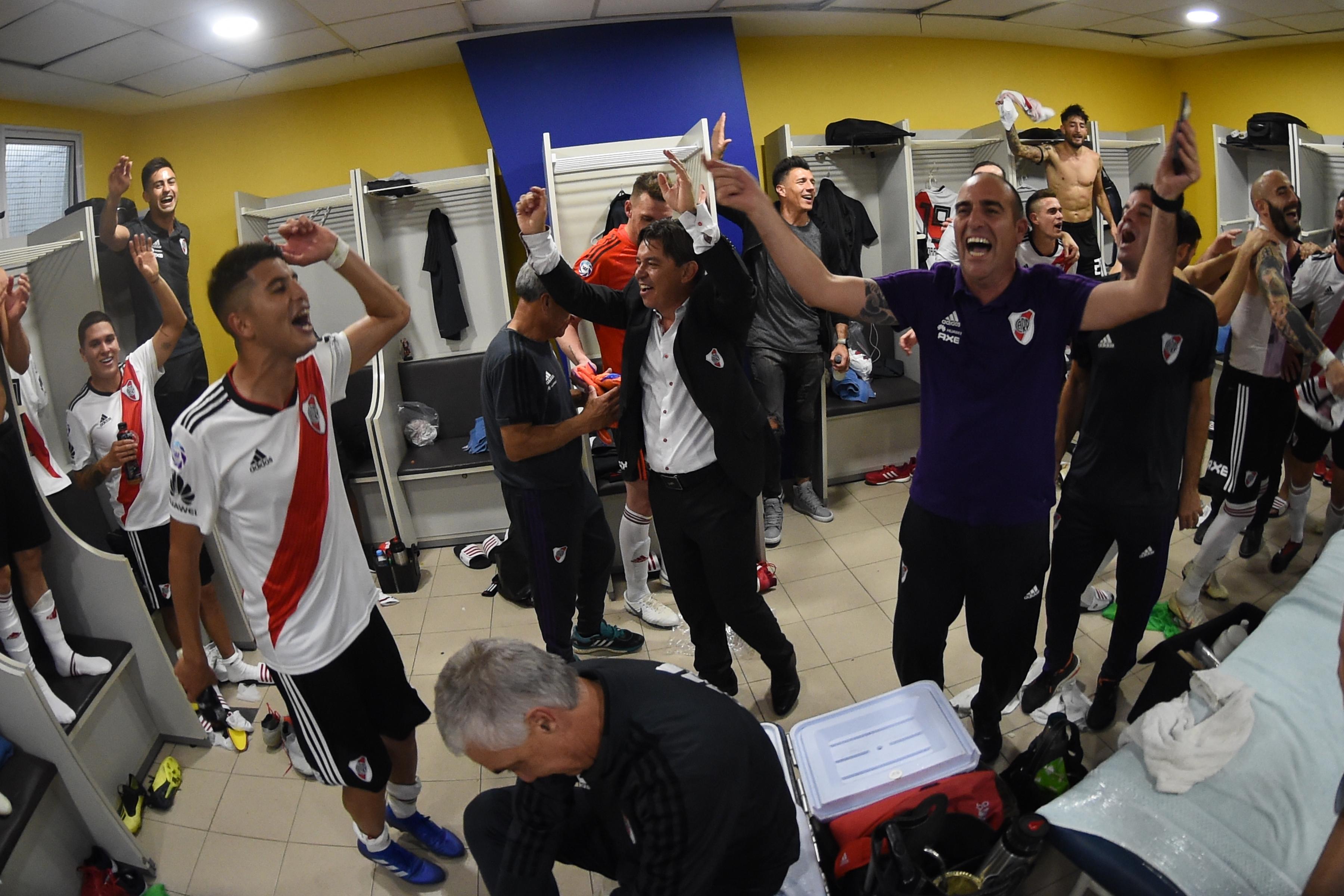