Two ambulances sped onto the pitch after two players crumpled after a shocking aerial collision. 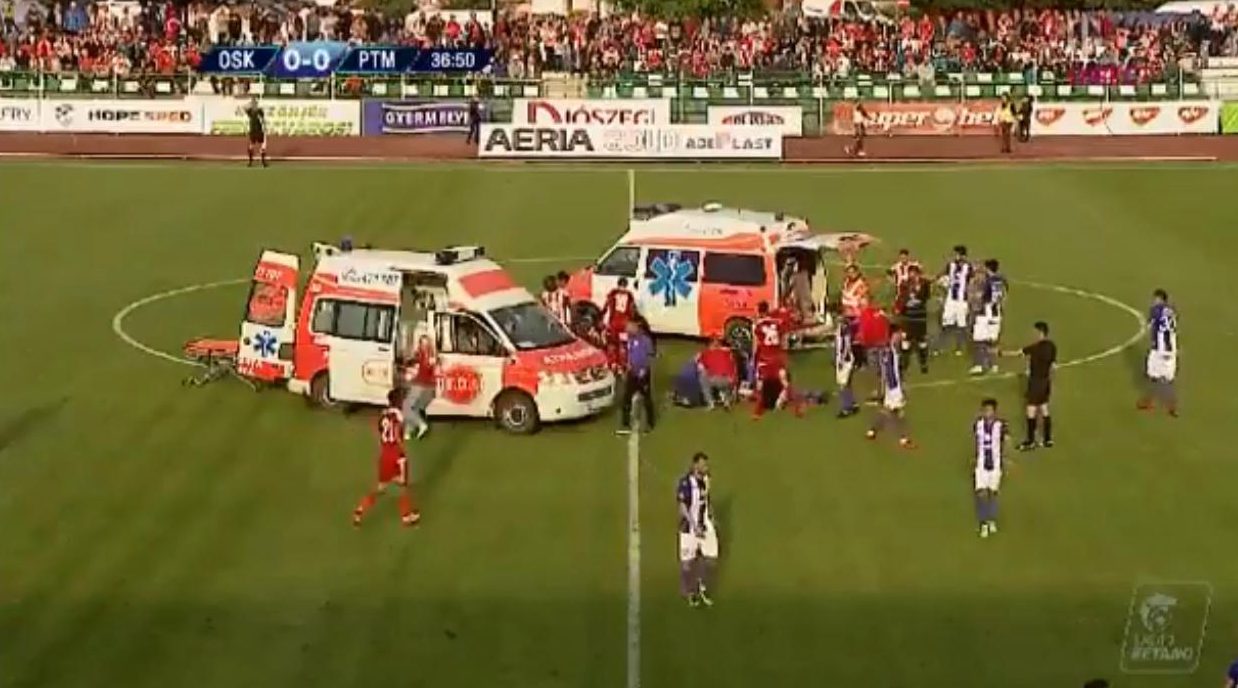 Players from both teams checked the stricken pair and tried to check if unconscious ACS Poli Timisoara starlet Denis Harut could still breathe.

Defender Harut, 19, was taken to hospital.

And the other player involved, Sepsi OSK's Nigerian striker, Benjamin Kuku was harshly sent off.

Fans on social media were quick to voice their concern for Harut, whilst agreeing it was an accidental clash. 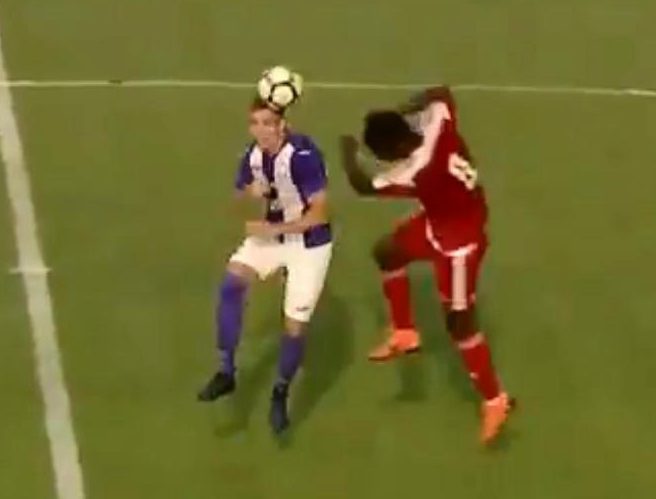 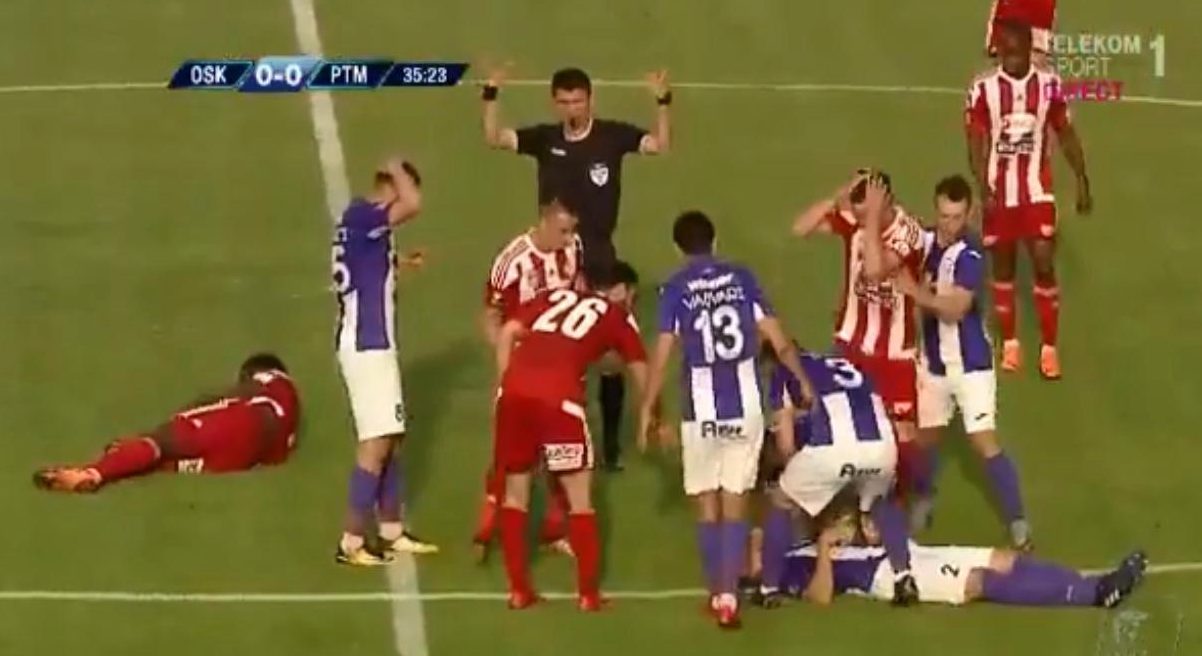 Anxious coaching staff and supporters, as well as players, held their heads in their hands throughout the horrifying incident – that must have seemed far longer to those out in the middle than the couple of minutes it lasted.

Some players who were watching even fell to the ground, appalled by what they had just seen, 35 minutes into the relegation battle.

But in the end play resumed and all of home side Sepsi's goals in a 3-0 win came after they went down to ten men.

Leading Romanian journalist Emanuel Rosu tweeted a video of the incident with the words: "This is shocking. Send all your best wishes to the kid."

Well-wishes responded, with one fan saying: "I hope he's OK. It looks bad". 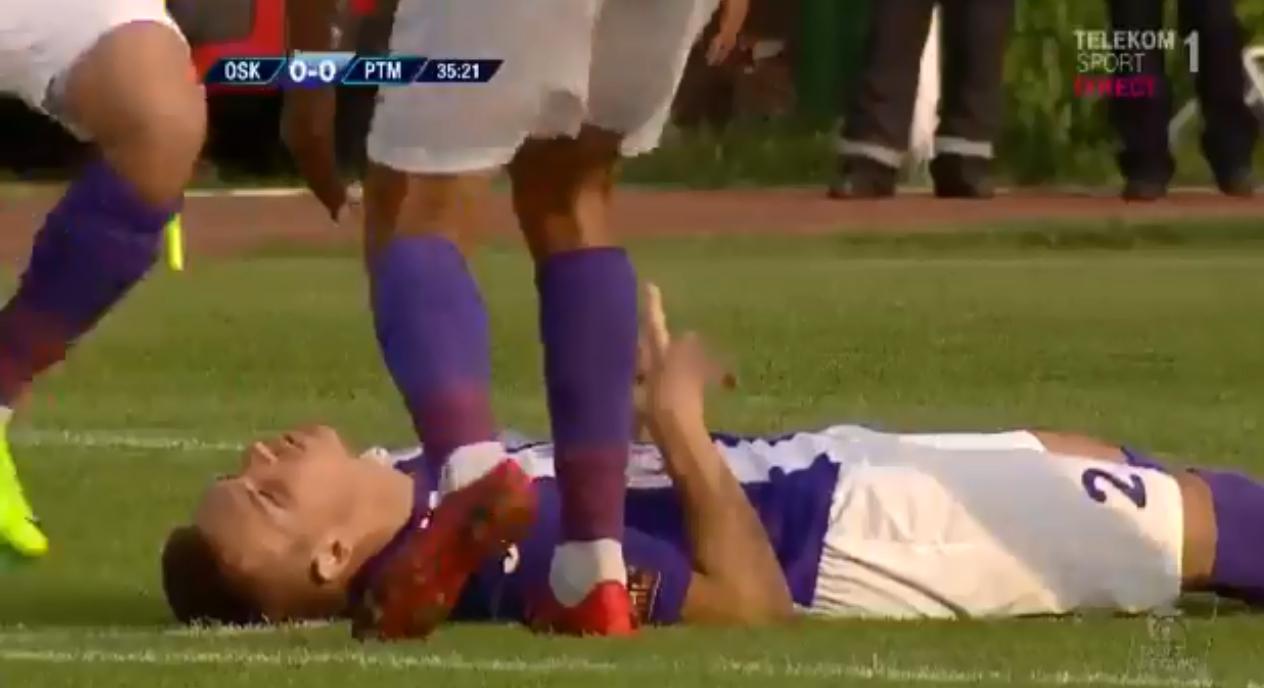 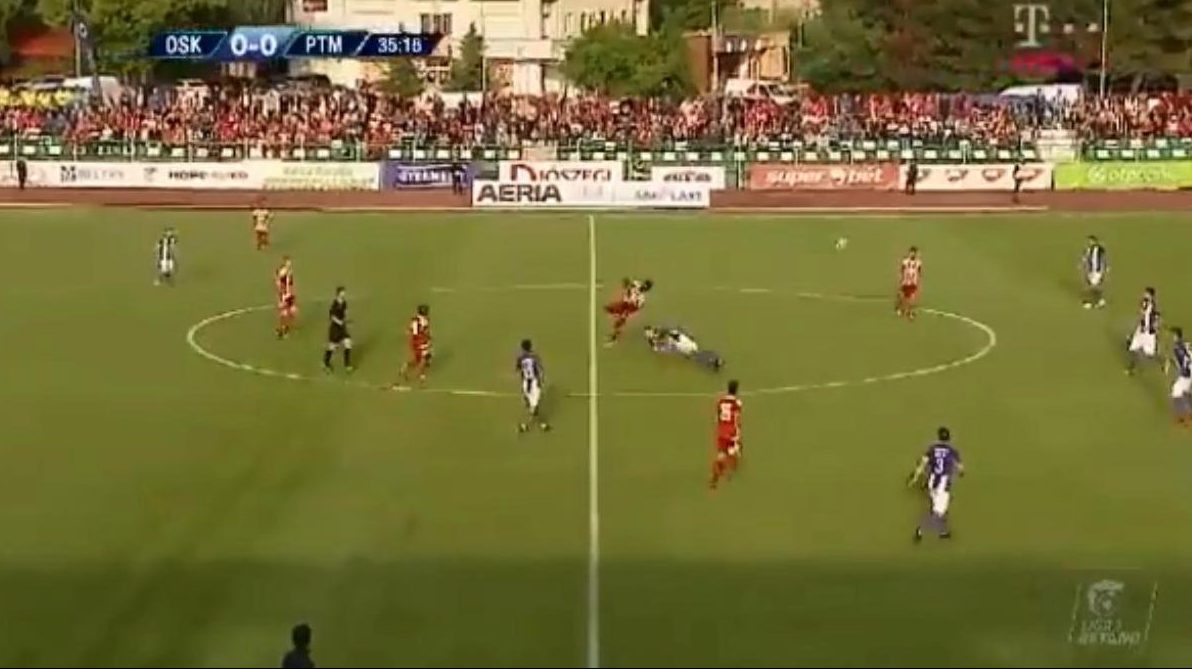 But his poor team-mates are cemented to second-bottom place after this latest defeat.

Istvan Fulop put Sepsi in front just before the break.

The he struck again on 80 minutes before Ibrahima Tandia confirmed the rout.