Collingwood last had the chance to knock Richmond off top spot in round 14, 1982.

They failed on that occasion.

On Sunday, when they take on the defending premiers at the MCG, the Magpies can once again enjoy the small pleasure of pushing the Tigers off their perch, a joy denied to their flock since round 12, 1972. 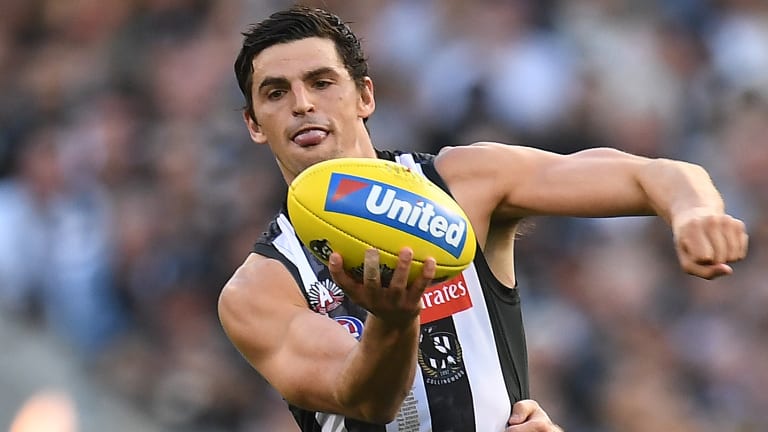 Scott Pendlebury’s Magpies have found their groove in the past month.

It's been so rare that the result of games between the two teams mattered, as the memory of a time when both teams engaged in epic battles in front of huge, feral crowds faded, that a crowd of at least 78,000 is now forecast.

On just eight of the 52 occasions since Richmond topped the ladder leading into that 1982 match have both teams faced off while both sitting inside the top five, top six, or, as we know it now, the top eight.

The 1980 grand final, when Richmond tore Collingwood apart by 81 points, was their most recent finals encounter; a 37-year drought that has seen games between the two draw just two crowds above 80,000 (with one of those being Kevin Bartlett's 400th game in 1983).

By comparison, in the 1970s Richmond v Collingwood drew more than 80,000 five times, at a time when roughly half of the 24 clashes were played at the much smaller Victoria Park.

The recruiting wars of the early '80s explains why their clashes became, in recent times, as relevant as the drop kick.

That 1982 day at Victoria Park was, in hindsight, the calm before the storm. 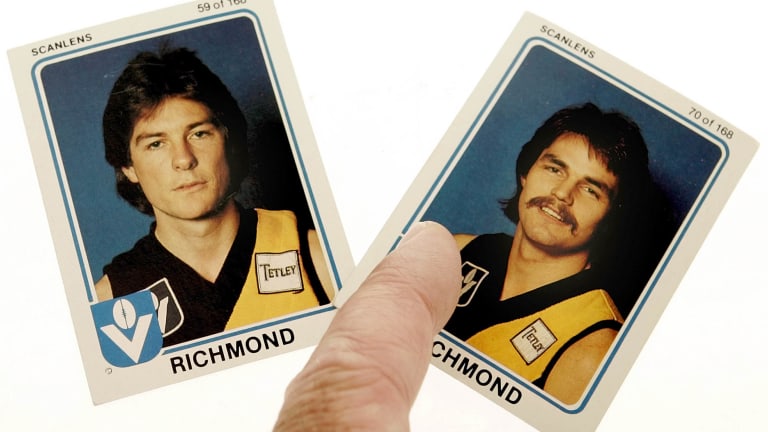 Playing for Richmond were Geoff Raines and David Cloke while John Annear, Neil Peart and Craig Stewart lined up for Collingwood.

By the time the two clubs played each other in round eight, 1984, all five players had switched jumpers with the Tigers becoming Magpies and vice versa as the recruiting wars that would rip the heart out of both clubs began to take shape.

Cloke had been the first cab off the rank, joining Collingwood in 1983 after two premierships with the Tigers, while Raines – who had won three best and fairests and a premiership – became a Magpie in 1984.

If you imagine Trent Cotchin and Jack Riewoldt wearing black and white stripes by 2020 you can get some sense of the enormity of the moves. 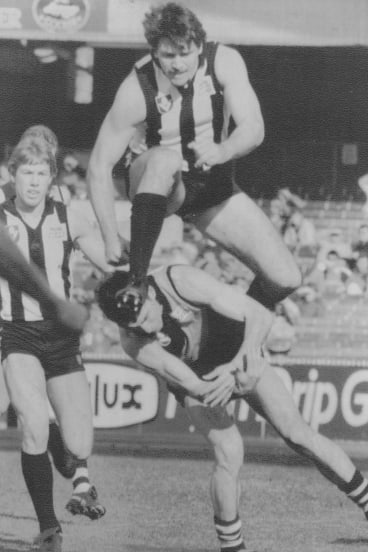 Brian Taylor as a Magpie takes on his old Tigers teammates in 1987.

By 1985 Brian Taylor had also left Richmond for Collingwood while the Tigers had responded by claiming Annear, Stewart, Peart, Noel Lovell, the precocious Phil Walsh and Wally Lovett. They would also claim Collingwood full-back Peter McCormack in 1986.

A new board at Collingwood spent up while an old Tiger in Graeme Richmond sought retribution, audacious enough to chase Collingwood's Peter Daicos who decided to stay on the advice of his father.

"It took them a long, long time to recover," Raines told Fairfax Media.

The Tigers were rattling tins more than the Magpies soon after hostilities ceased with Collingwood recovering first to claim the flag in 1990 and then again under former Tiger Mick Malthouse two decades later. The Cloke trio – Cameron, Jason and Travis – became Magpies, with Travis playing a big role in the 2010 triumph.

The first sign things might once again become testy between the clubs came only recently when, at the end of 2015, both clubs were attempting to lure Adam Treloar from Greater Western Sydney. 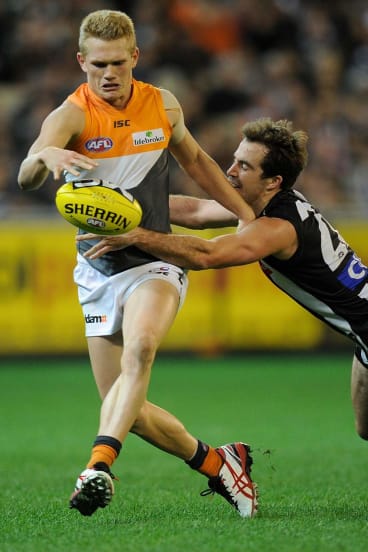 GWS midfield gun Adam Treloar chose the Pies over Richmond when moving back to Victoira.

The Tigers cast aspersions on the deal that eventually saw Treloar become a Pie before the young midfielder inadvertently fanned the flames when he said he regarded Collingwood's list as the better of the two – a comment that came back to haunt him last year.

It meant the Tigers have had the most recent, if not the last, laugh, finally breaking the cycle under CEO Brendon Gale, who played the Magpies 16 times in his 244-game Richmond career for 10 wins and Damien Hardwick, who has coached Richmond to victory in four of 10 clashes with Collingwood in his time.

Hardwick said on Friday the ladder was irrelevant in determining the ferocity of the contest.

"Although ladder positions would say they haven't been blockbusters, I think they've always been really close," Hardwick said.

"Every year is a formidable contest. They're a terrific side and the way they're playing this year is fantastic.

"They're a real form side of the competition."

However Gale knows better than most to not take Sunday's occasion for granted.

It was only in his last two years as a player – 2000 and 2001 – when Gale faces the Magpies in games where both teams sat in the eight.

He has rebuilt the club to the point where they have more than 90,000 members and the dark days of the mid-'80s are a memory rather than a weight in the club's saddlebag.

And even Raines, whose heart now lies with Richmond, can laugh now at the odd dig that still comes his way from Tiger fans as he enjoys watching the yellow and black as a fan.

"It's just good to see the revival and the depth they have got," Raines said.

"They have brought some young players in that have done really well.

"Putting pressure on spots is always a good sign of where the team is heading."