Higuain, on loan at AC from Juventus, had his spot kick brilliantly tipped on to the post by Wojciech Szczesny but Ronaldo looked to provide a helping hand. 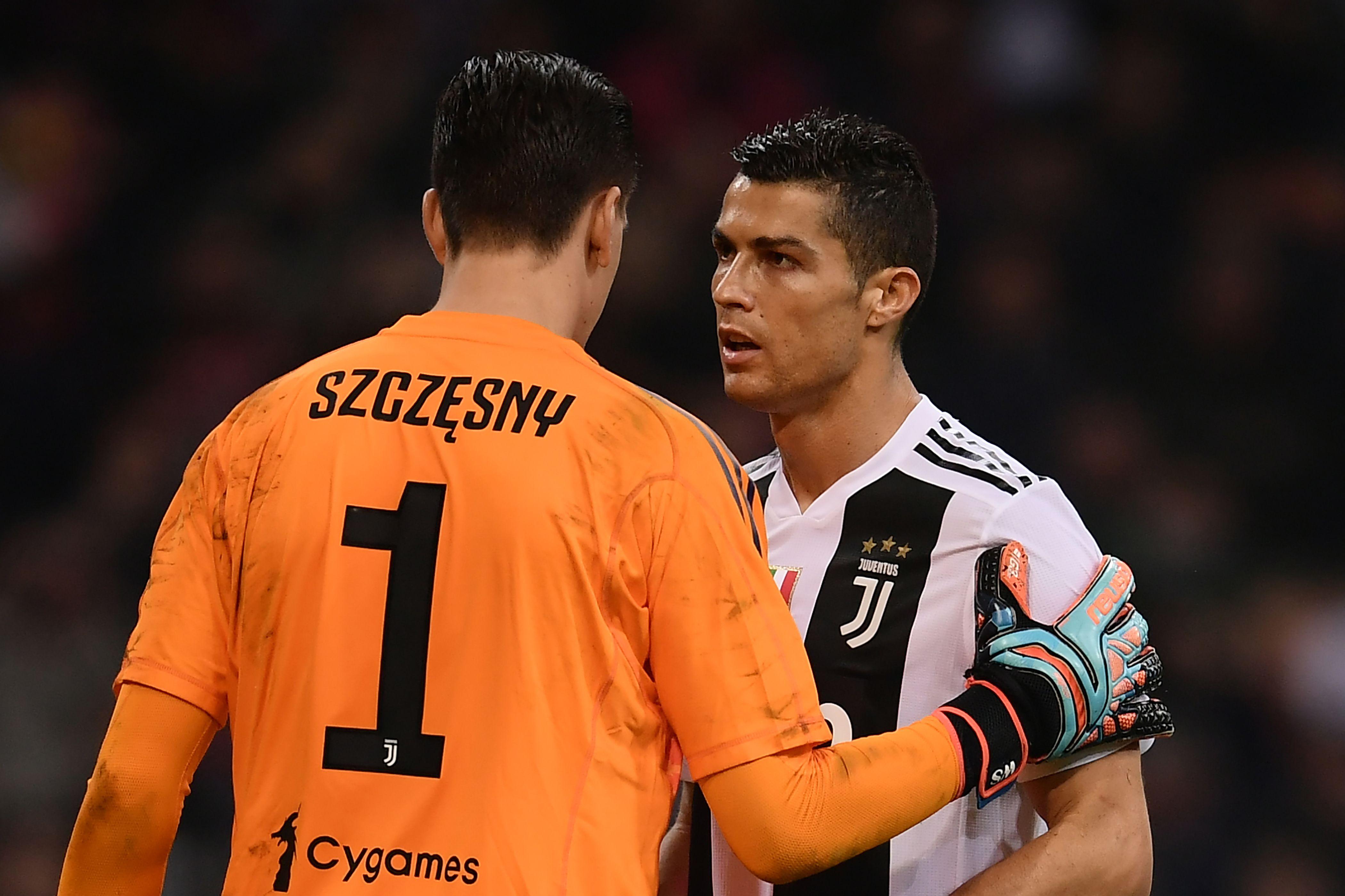 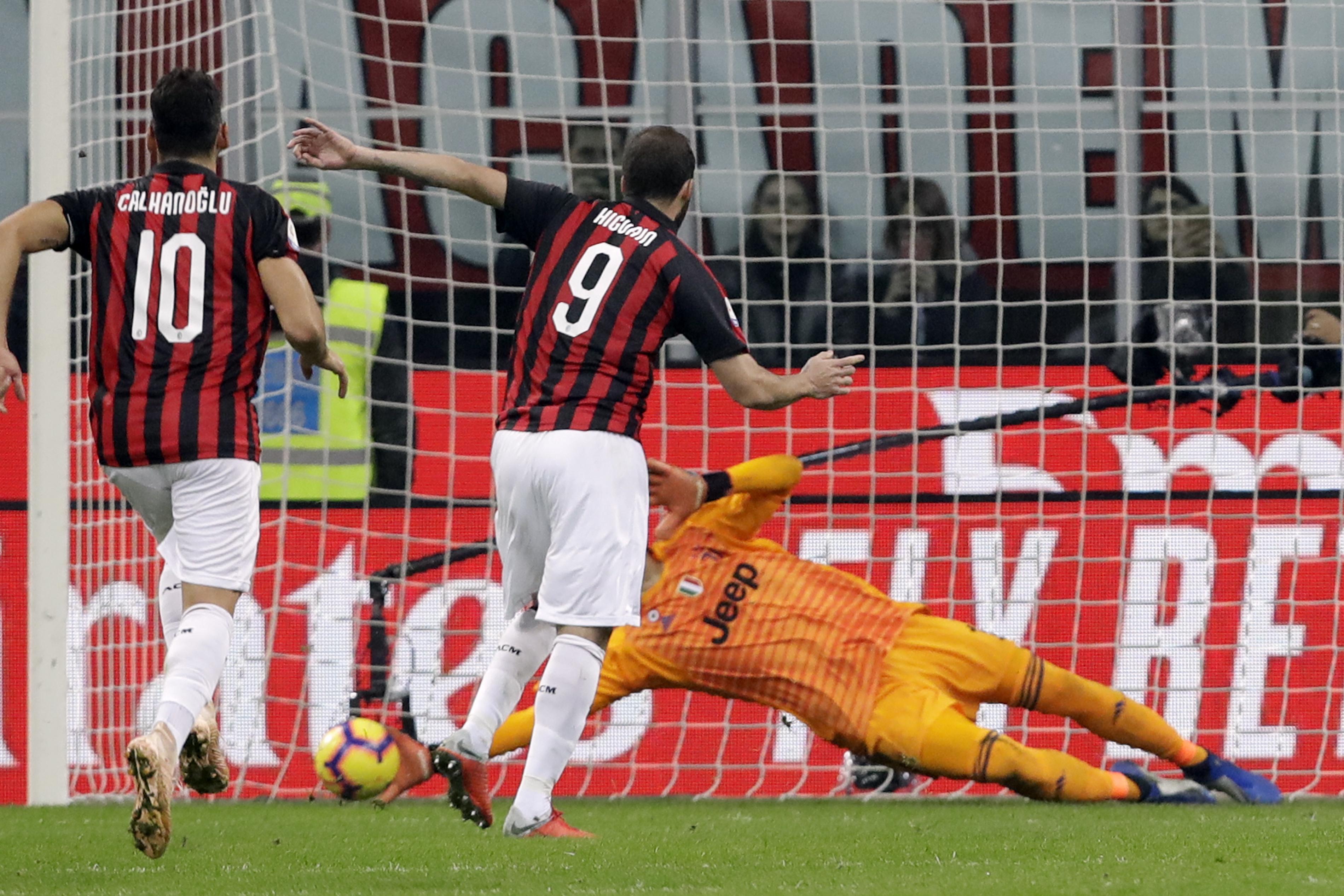 With Juventus taking an early lead through Mario Mandzukic's header, Milan had the chance to level things up five minutes before half-time.

Medhi Benatia, linked with a move to Manchester United in recent weeks, was adjudged to have handled inside the area after referee Paolo Silvio Mazzoleni consulted VAR.

But as Higuain prepared to step up to take the penalty, Ronaldo went over and spoke to Szczesny.

The former Arsenal goalkeeper then went the right way to deny the Argentine striker. 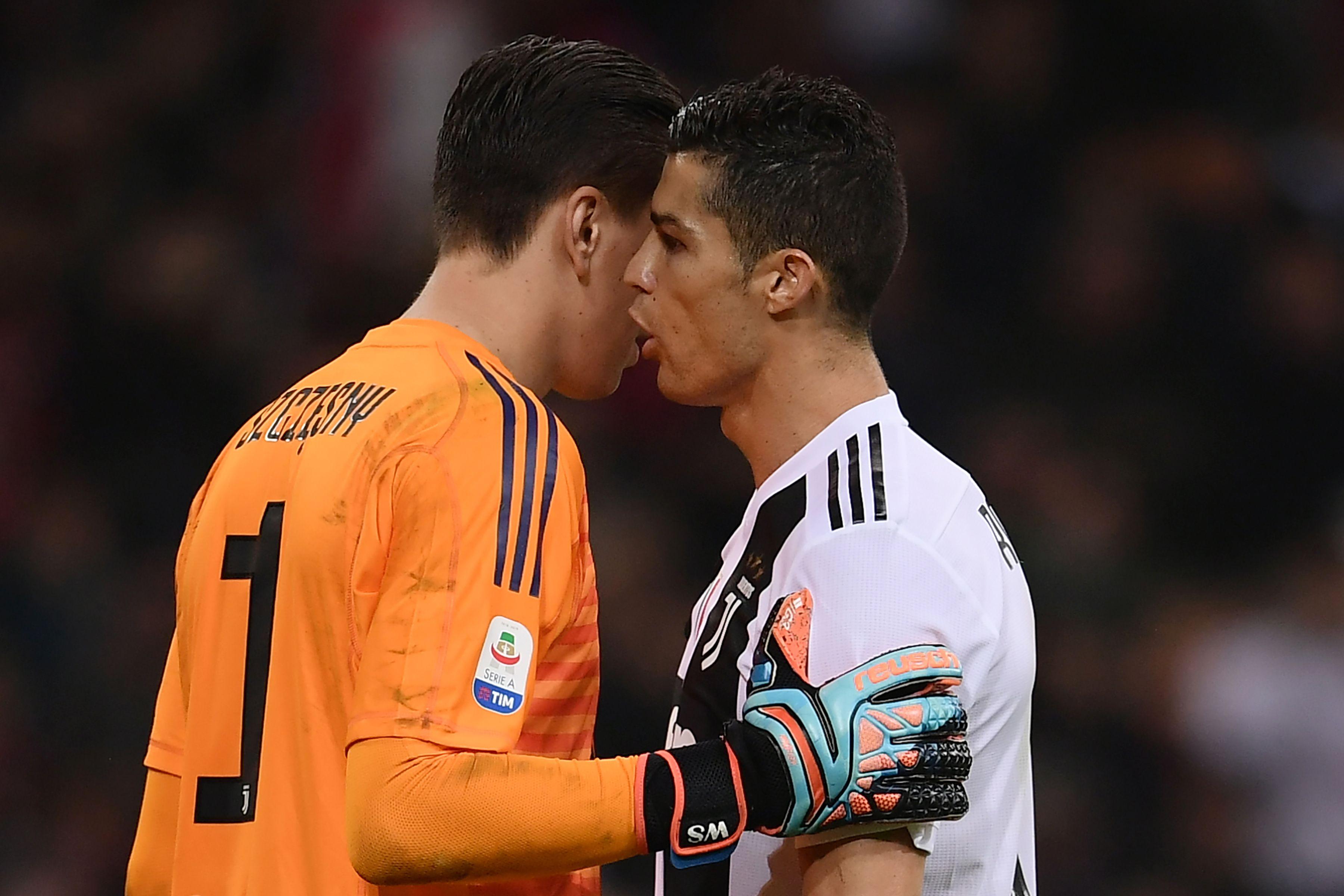 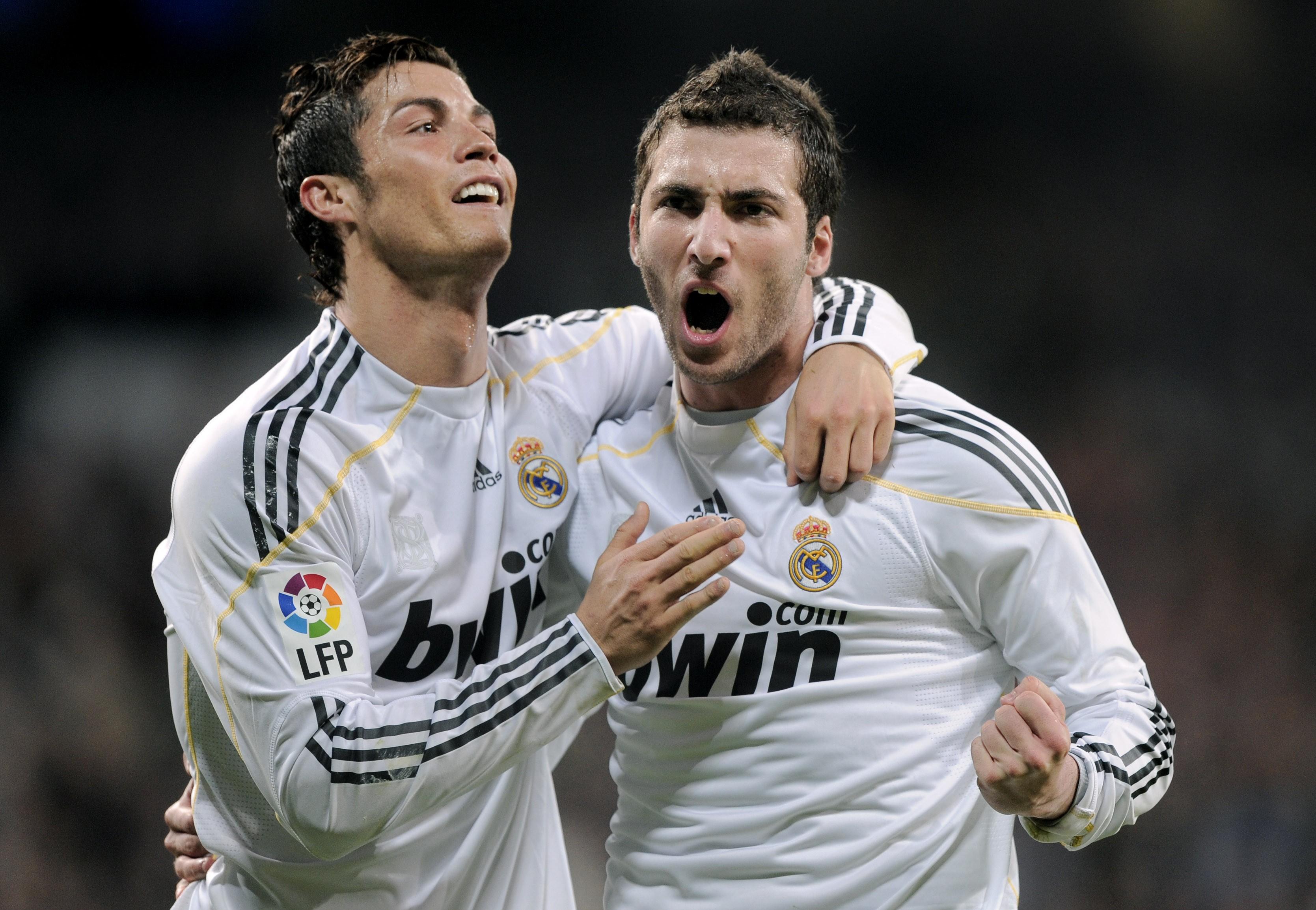 Ronaldo may have had the inside knowledge on which way Higuain would go with his effort after the pair spent four years together at Real Madrid between 2009 and 2013.

The Portugal star, 33, then sealed the victory for his new club ten minutes from time, smashing home a rebound from close range to make it 2-0.

But things went from bad to worse for Higuain who was booked against his parent club for a poor challenge on Benatia following Ronaldo's goal.

He was left fuming and did not hold back in venting his anger at Mazzoleni who simply turned around and showed the Milan striker a straight red.

Higuain, 30, did not take the sending off well and got even angrier when former team-mate Ronaldo tried to calm him down.

Speaking to Sky Sport Italia, Ronaldo said: "I told him to calm down, as he risked an even heavier ban.

"He didn’t do much, he was irritable at losing the game, that’s understandable and I hope he is not punished too severely.

"I am very happy, especially for the team, because playing away to Milan is always very difficult. 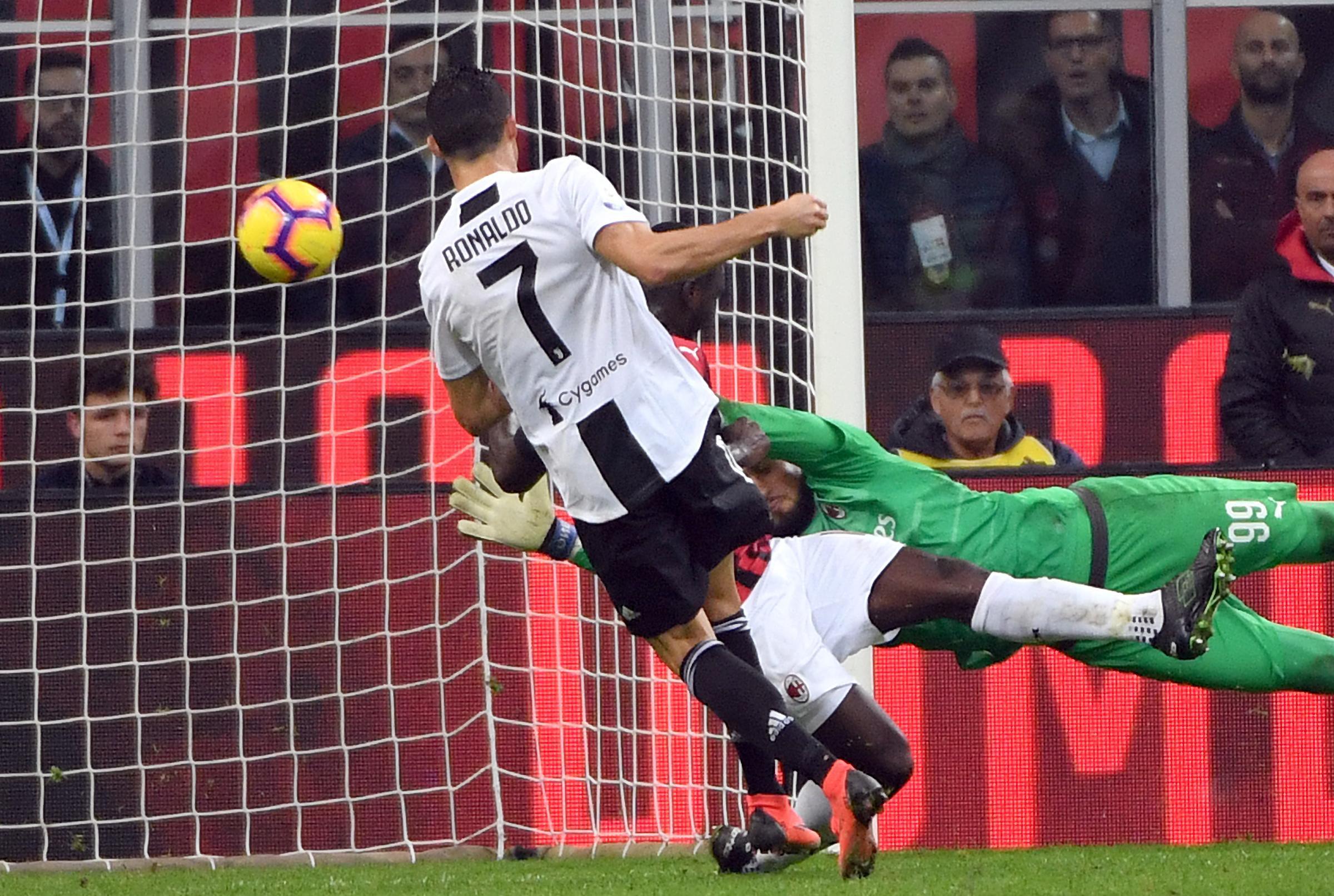 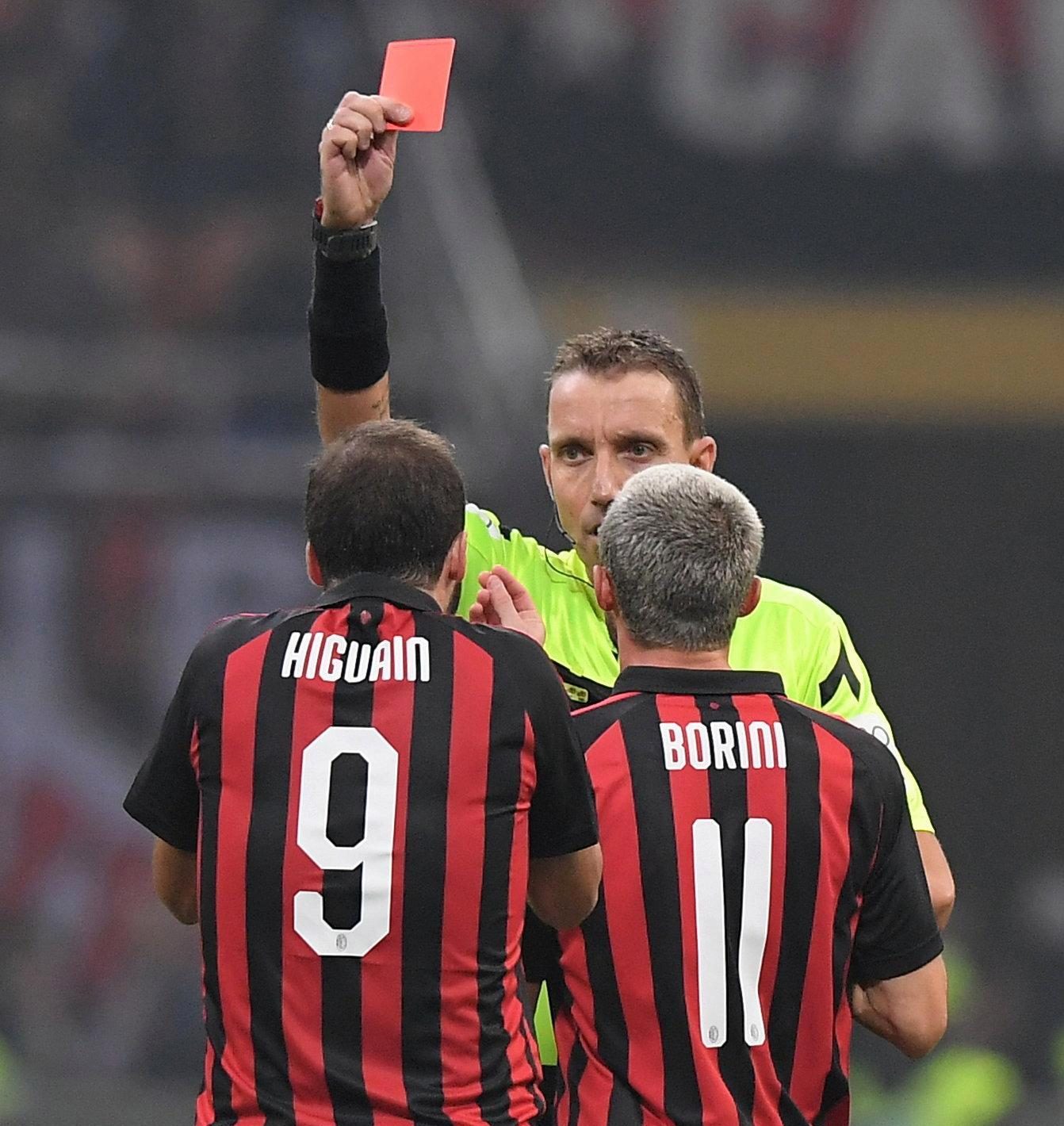 "Winning 2-0 at San Siro is no mean feat. It was important to win, because Napoli beat Genoa last night and we had to keep our distance."

Juventus extended their unbeaten start to the league season with the victory and have won 11 of their 12 games.

For the San Siro side, they sit fifth in the table, 13 points behind leaders Juve after suffering their third defeat of the season.