The terms of Smith's 12-month suspension dictate that he is barred from international cricket and also unable to represent NSW in the Sheffield Shield. However, Smith and David Warner are free to train with the Blues during their time in exile. 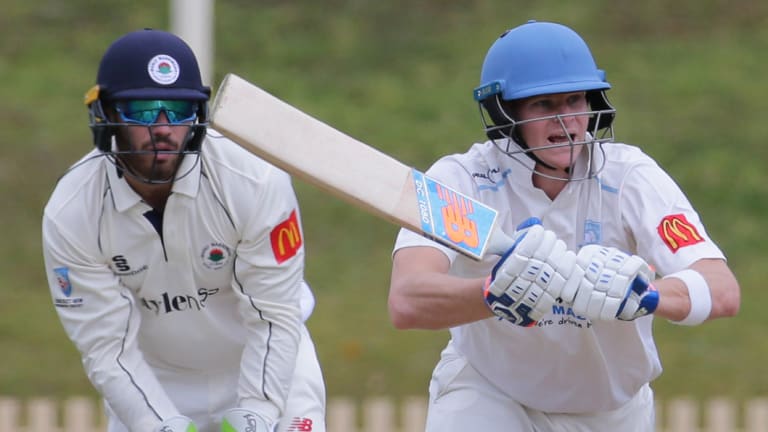 The banned batsmen have been irregularly taking up the invitation of NSW coach Phil Jaques, who has made it clear they're welcome whenever they want to have a hit in the SCG nets.

Smith, who earned a reputation for being the first to arrive at training and last to leave during his 64-Test career, enjoyed a typical marathon session on Monday.

"Absolutely it does [lift the squad]. It's great to have him around," NSW captain Peter Nevill said. "Not only for the bowlers who bowl to him. But for the other batters to see the way he goes about it and how he does get the best out of himself."

Test paceman Josh Hazlewood, who is currently in Canberra playing a four-day game for NSW's 2nd XI, is among the many players to have bowled to Smith and Warner in recent weeks.

"They're looking pretty good. As usual," Hazlewood said. "It's been good for our young guys.

"They've obviously played a fair bit of cricket, so it's good when they're at home to jump in and help out the younger guys."

Smith and Warrner's short-term focus continues to be grade cricket in Sydney but the duo are desperate to return for Australia next year, when Justin Langer's team travel to England for a World Cup and Ashes series.

Their suspensions expire on March 28, meaning they'll be available for the Shield final should NSW qualify.

Smith's next game will be a Twenty20 trial match for Sutherland in Wollongong on Thursday night.

NSW have added young legspinner Daniel Fallins, who is enjoying a chance to learn from arguably the world's best batsman on a regular basis, to their squad for the MCG clash with Victoria that starts on Thursday.

"I'm from Sutho so he's around the club there. He's a great bloke and he trains harder than anyone, it's great he is sharing his knowledge," Fallins said.

"All players find that bowling to the best batsmen makes you better. You have to get better to survive.

"It helps that he is a wrist spinner himself. I keep bouncing ideas off him, it's great."

Jaques noted earlier this month that NSW loved having Smith and Warner around and want to help them "stay engaged with the game".