In the end, Pat Howard had to go. If he could not read the writing on the wall at the time of the ball-tampering storm, then he should have last week when the Ethics Centre review applied the blowtorch.

In truth, he needed only to look as far as page two of the 2011 Argus review, which provided the raison d'etre for the post he held for the past seven years: "[C]reate a single point of accountability within CA for Australian Team Performance." 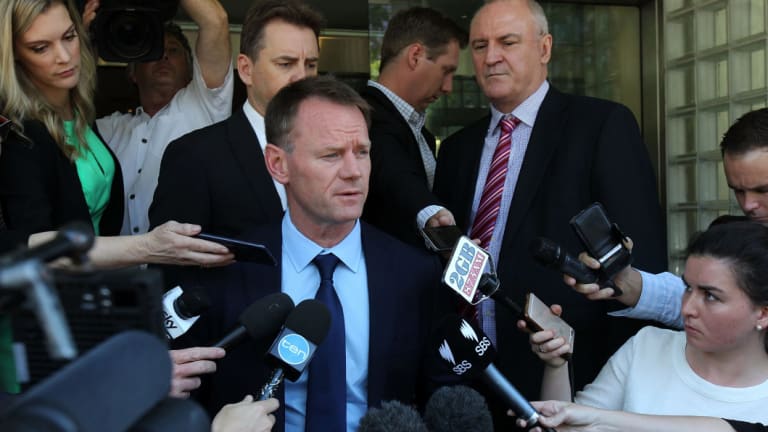 Out the door: Pat Howard’s seven-year reign as Australian cricket’s high performance boss has come to an end.Credit:Anthony Johnson

The on-field performances of the men's team alone – four wins from the past 20 games – should have had him under pressure but in the end it was the decline in culture on his watch that cost him his job. The women's team, however, flourished during his time and are regarded by many to play the game in the right spirit.

Howard had wanted to leave when his contract expired after next year's Ashes but CA, with its mandate for change from the Ethics Centre, could not wait that long.

Dr Simon Longstaff's review was scathing of the high-performance environment created by CA. It was not quite "win at all costs" but "winning without counting the costs".

Howard has overseen a period of great change in Australian cricket, during which the interests of the national team came under increasing pressure from the game's commercial and marketing arms.

He was a divisive figure who brought new ideas to cricket, as he was entitled to by the Argus review. There were bowling workloads, diaries and apps. It's not difficult to find long-timers in the game critical of the former Wallaby. He undeniably suffered for being an outsider telling them how their sport should be run, though an insider may have been more judicious in making change.

He presided over the messy departures of two coaches, whom he hired, two overseas Ashes defeats and homework-gate, which now seems small fry compared to the events in South Africa.

His crowning moments were on home soil – the 2013/14 Ashes whitewash and the successful World Cup campaign in 2015 – while there were minute improvements to the team's results overseas, most notably in India last year, which he describes as one of his proudest achievements.

As poorly as the team are now travelling, names like Jason Sangha, Jack Edwards and Will Pucovski, who came through system he drove, may result in a more sympathetic assessment of the Howard era.

Howard was a numbers man, process-driven and a hard worker. He championed the controversial pathways system that has been panned by current and former players and by Dr Longstaff's review.

The review found it helped create a "gilded bubble" where players, who no longer had to "rise through the ranks" like previous generations, had become "isolated from the lifeblood of cricket – the multitude of less gifted players who comprise the bulk of the game; and the ordinary Australians who make up the game's fan base".

Players believed potential was rewarded over performance. They were also unhappy with how the Sheffield Shield, which for all bar the elite would be the highest level they would reach, was being used as a guinea pig – from a change to the points system to the use of Dukes balls.

Former selector Rod Marsh, though a fan of Howard, described him as a "micromanager" in his autobiography. Others said it was Pat's way or the highway.

It will grate Howard that he has left at a low point in Australian cricket and will not be part of the climb back up. His exit marks a changing of the guard.