Glory heavyweight kickboxing champion Rico Verhoeven has been a part of Team Fury for six years, sparring Tyson and cousin Hughie when British rivals could not take the punishment. 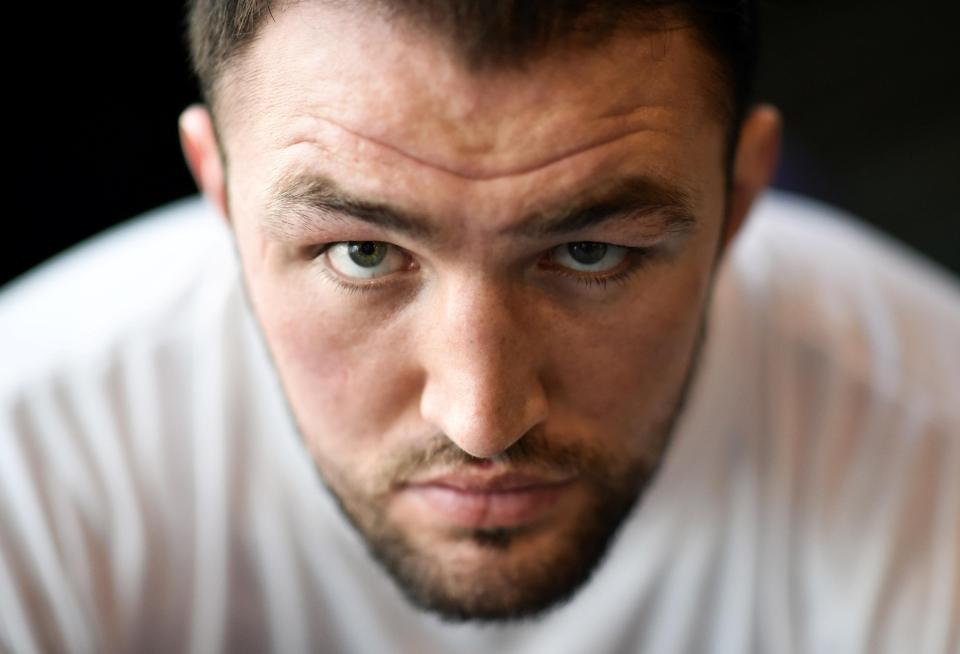 And the 6ft 5in Netherlands star is a cross-over hit after being the Dutch voice of animated box-office smash Ferdinand – with the English language part going to WWE legend John Cena.

And Verhoeven and coach Dennis Krauweel have played a huge part in Hughie’s rise – the most recent peak being a WBO title shot at then-champion Joseph Parker – with the May 12 shot the latest scene.

Hughie’s trainer and dad Peter Fury told SunSport: “Rico steps up for sparring with us, this guy can hold his own with the world’s elite heavyweight boxers, that is how talented he is.

“He has huge cross-over appeal because he is a specimen of an athlete. They are like family to us, they have worked harder than anyone. 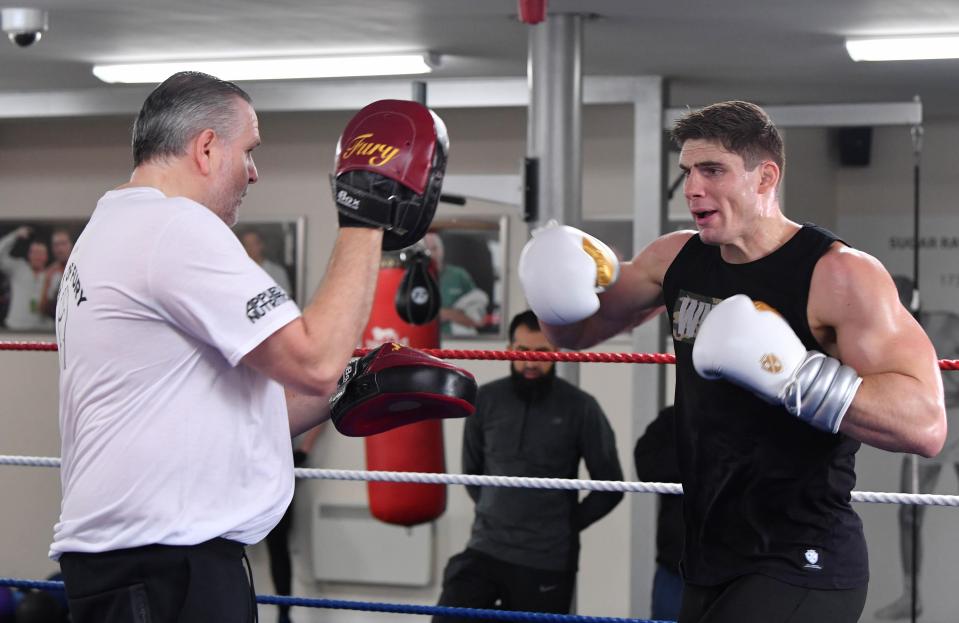 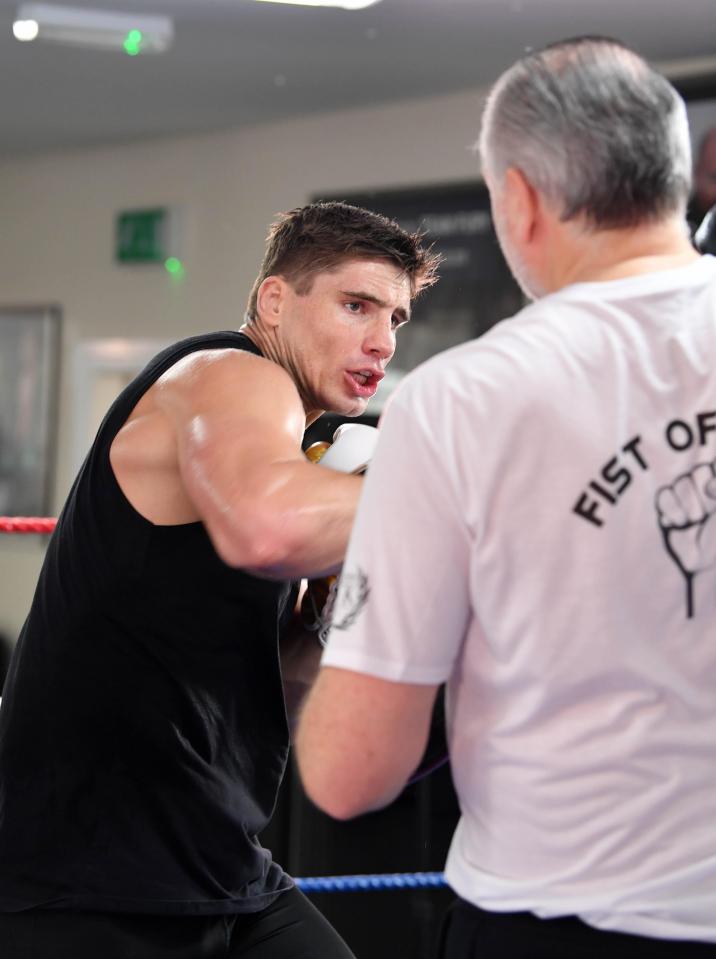 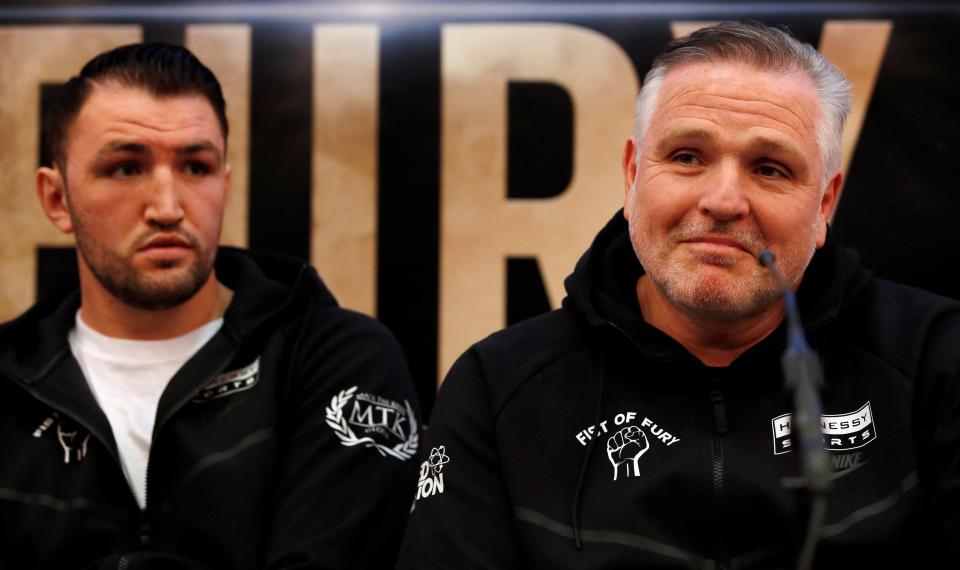 “We are close, we have been through a lot over the years and you cannot buy that. It’s about starting at the bottom all together and seeing where we are now.

“We have helped them and they have helped us, we are a team, I see Dennis as part of Team Fury, we have come up the ladder together.

'YOU'RE HIRED!' Anthony Joshua brings Wladimir Klitschko into his corner as he eyes Deontay Wilder

“Dennis has a big input on Hughie’s boxing, he will watch the sparring and make suggestions or criticisms, I ask him his opinions and we all bounce off each other, it is a team effort, all of it.”

The September points loss to Kiwi Parker – who went on to lose his crown to Anthony Joshua – was an opportunity missed as Fury was never hurt but did not do enough to win according to the judges.

The agonising near miss will have little lasting damage considering Fury had only just turned 23 and was up against an undefeated Samoan who then took AJ the distance. 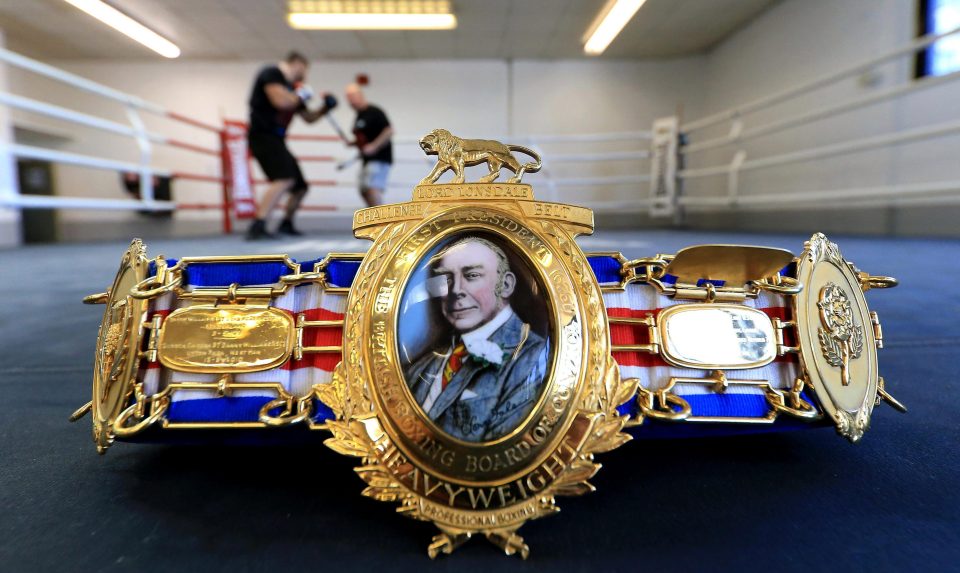 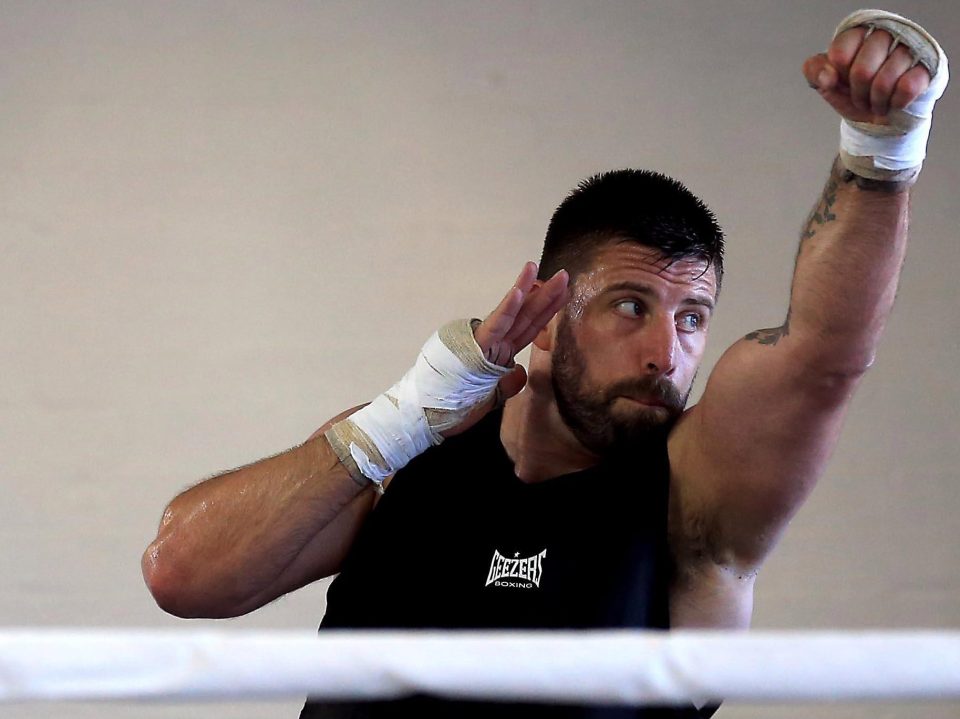 And Peter – who trained nephew Tyson to heavyweight glory – insists the lessons learned will help shaped his son into one of Britain’s greatest heavyweights.

He said: “We are proud of him and maybe he could have done more but we thought he got a raw decision.

“I had him four or five rounds ahead but Parker is a good world contender, it showed with the AJ fight and I don’t think Joshua did any better than what Hughie did, but he got the right judging for it. 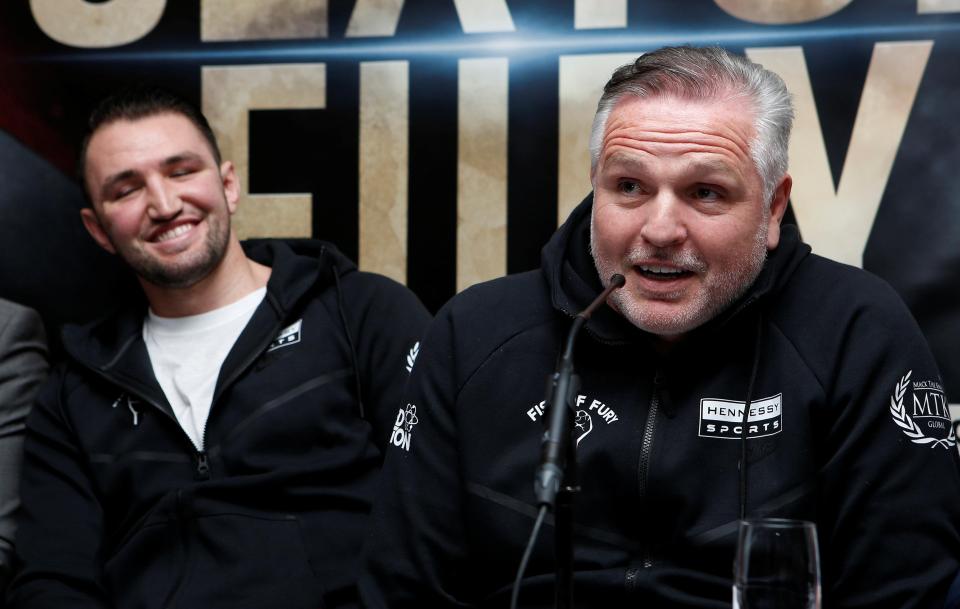 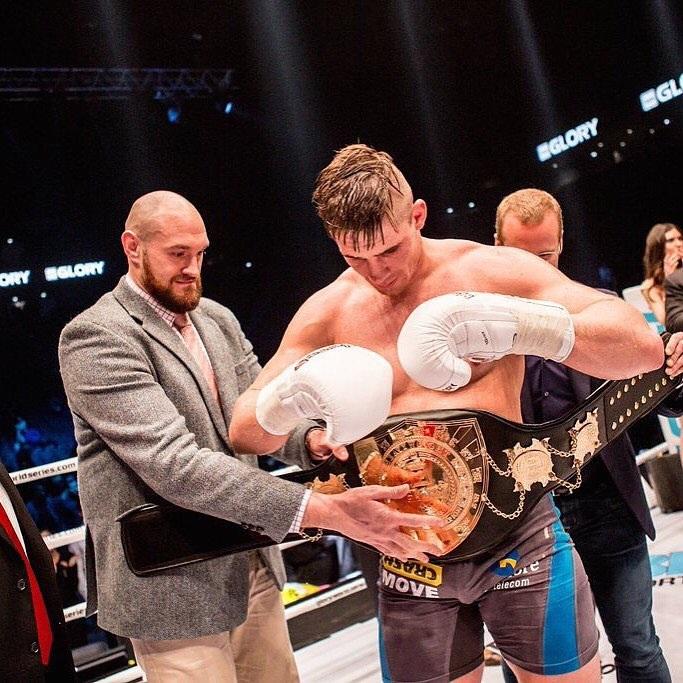 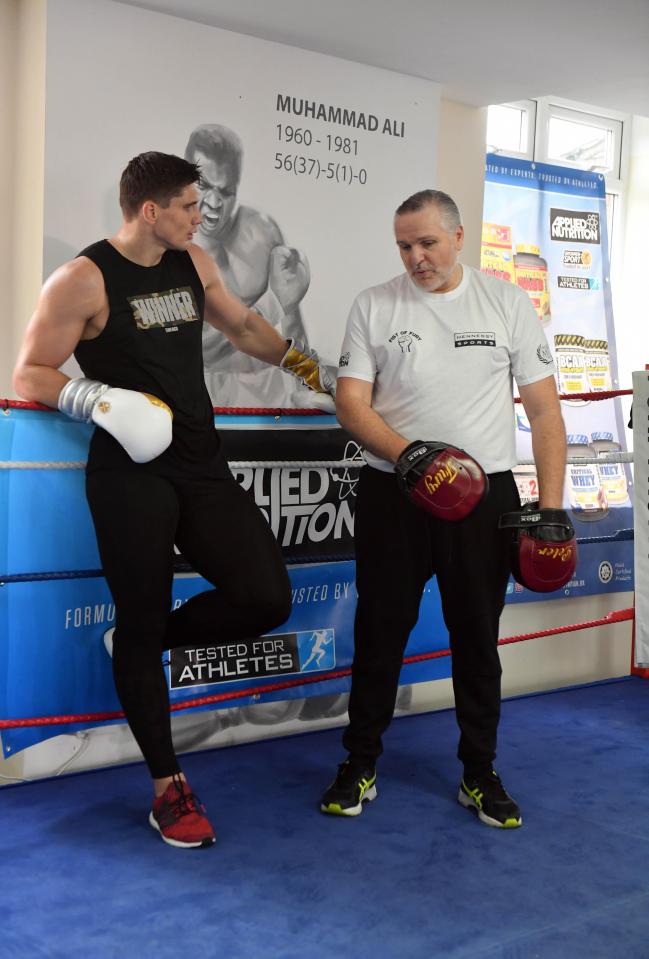 “We are going to get Hughie back up the ladder as soon as possible, we are going to keep him busy, we want him fighting again in September and maybe November, three times this year. If we can get a mandatory position then we will take it.

"Everything in life is an experience and you learn from it. That is what being intelligent is.

"You cannot suddenly be the polished, finished article and an unbeatable world champion, you are always learning. "You learn physically and mentally. 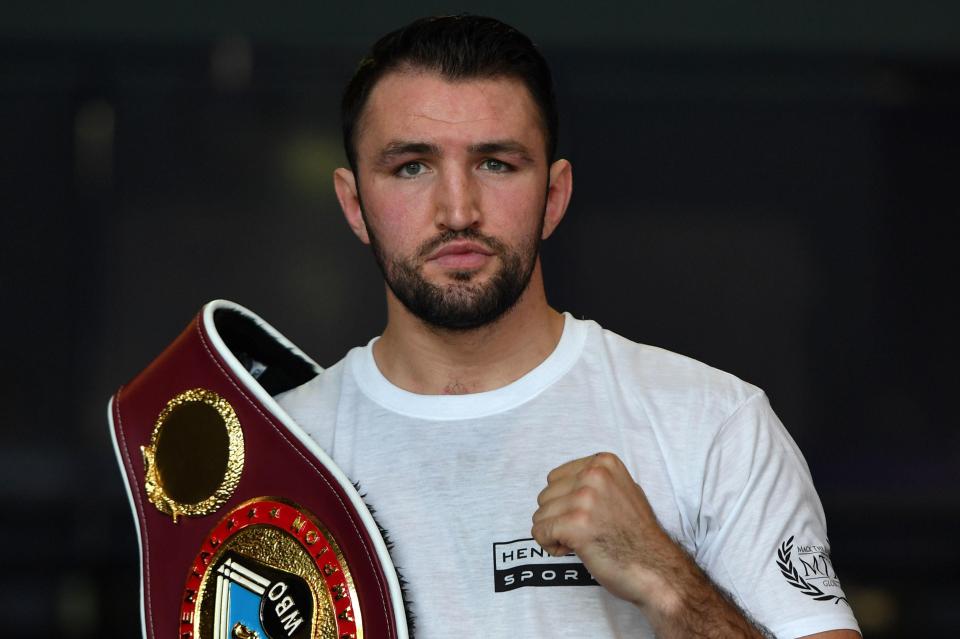 "He had that fight as a young man, he had just turned 23 so he has learnt from it.

"And the one thing we have learnt is that he is does not blow-up under pressure.

"He does let the occasion get to him. He is a cool customer.

"He took Parker’s best shots and they did not bother him at all, so he has a good chin.

"He has proved he can go the full 12 rounds, so he has ticked all the boxes.

"I think he will be a phenomenal heavyweight and will go down in the history books because he is totally dedicated."