CRISTIANO RONALDO'S double made him the Euros' record-scorer ever as holders Portugal stung unlucky minnows Hungary with a late triple.

Ronaldo bagged an 87th minute spot-kick and a glorious stoppage-time clincher to give him 11 strikes in European Championship finals, two more than Michel Platini. 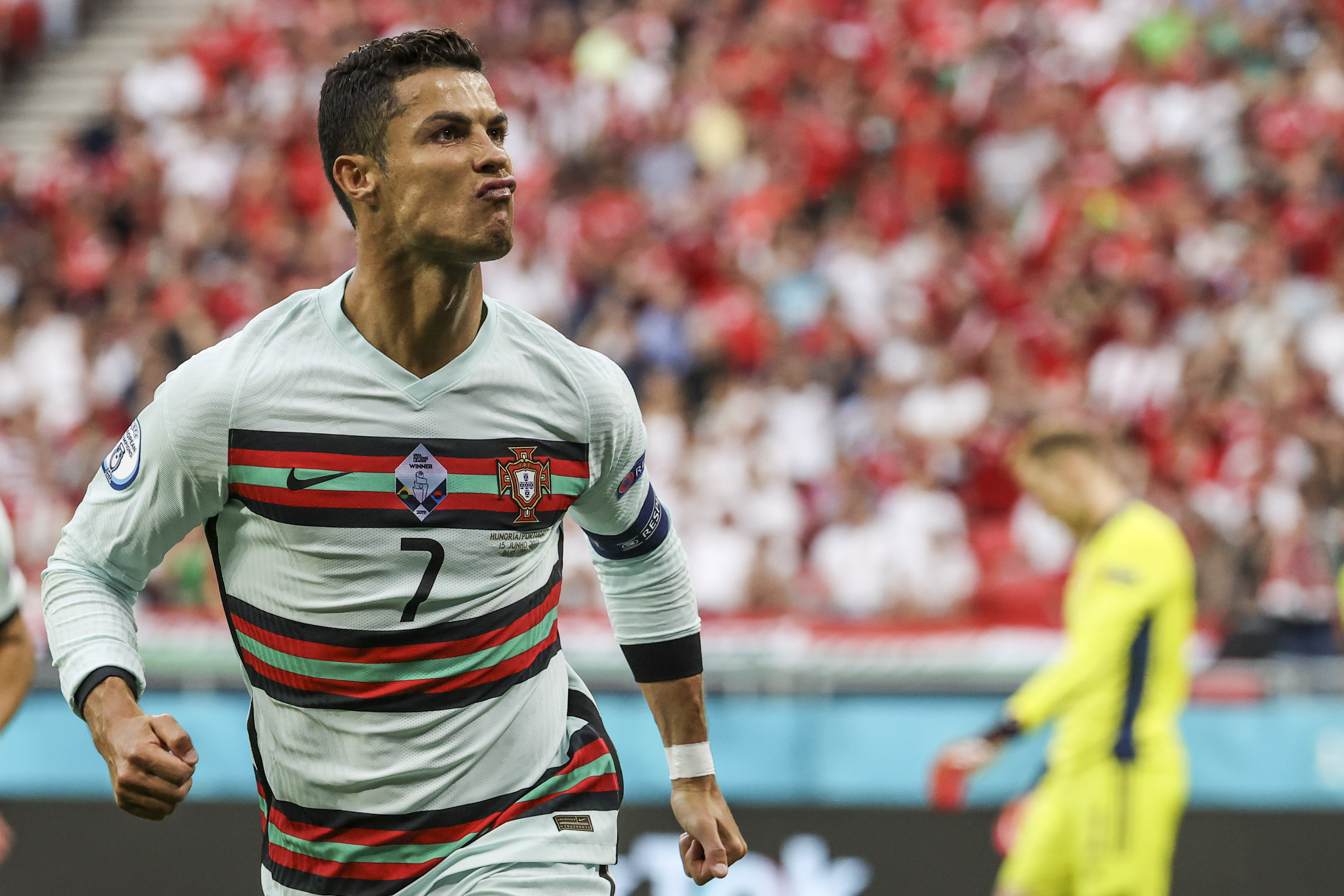 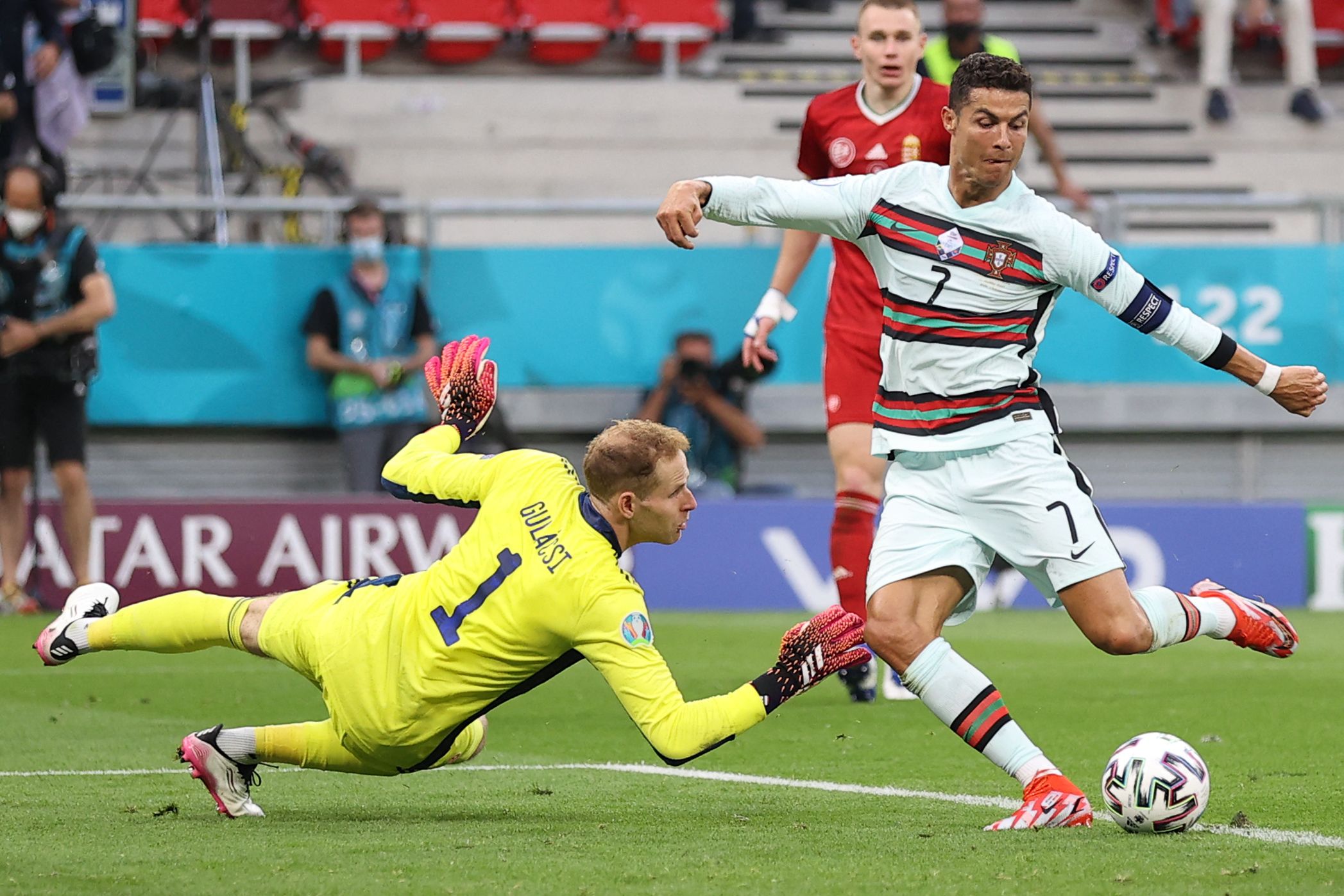 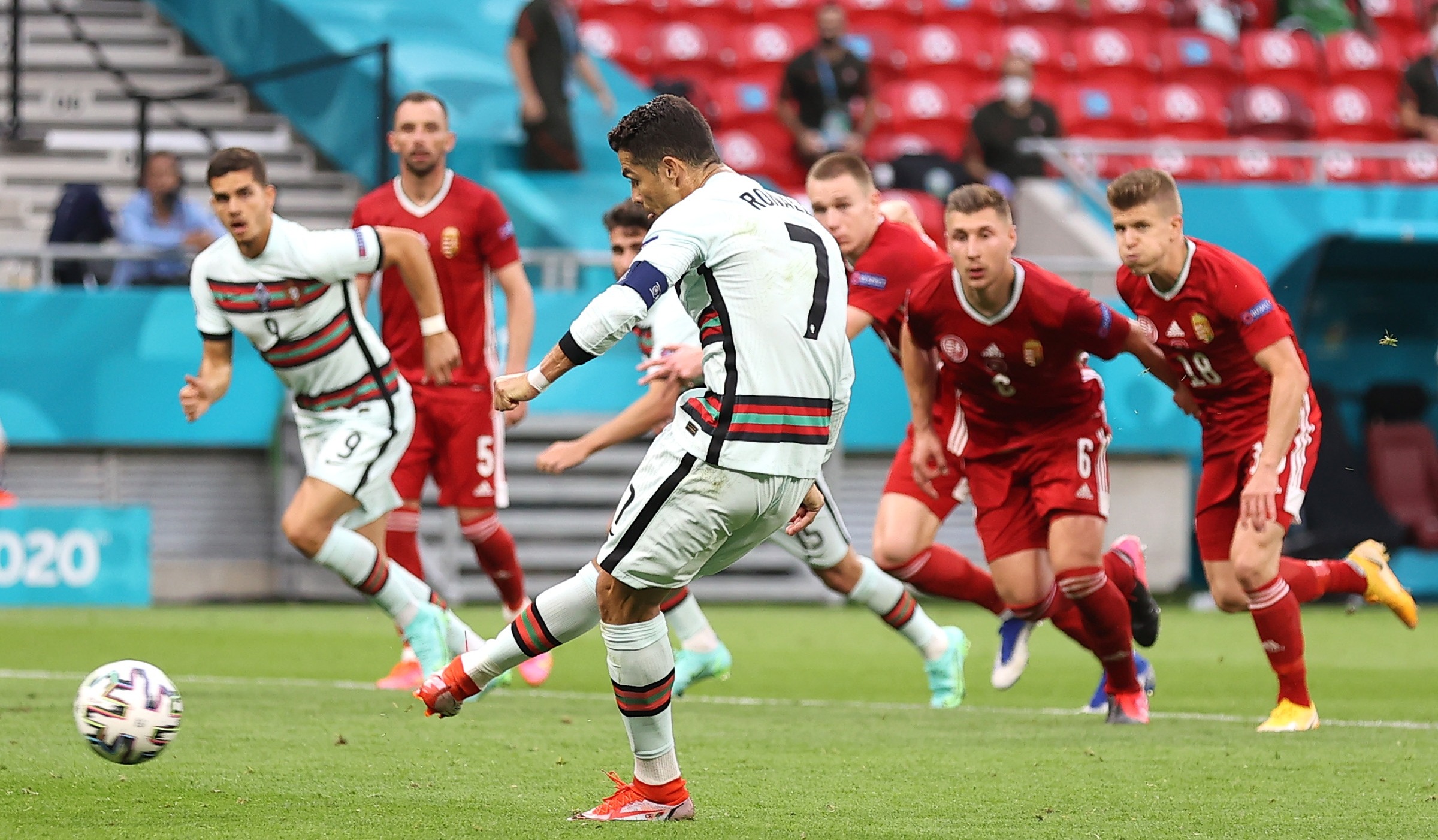 Raphael Guerreiro had only bundled Portugal ahead on 83 minutes to break the hearts of a near-60,000 crowd in Budapest.

That was also cruel on a hard-working Hungary side who until then had looked strong value for a draw in this group opener.

Ronaldo's history-making also covered up for his amazing miss earlier on.

The Juventus frontman, 36, skied a delightful cross from Bruno Fernandes over the bar, then held his heads in shock and embarrassment. 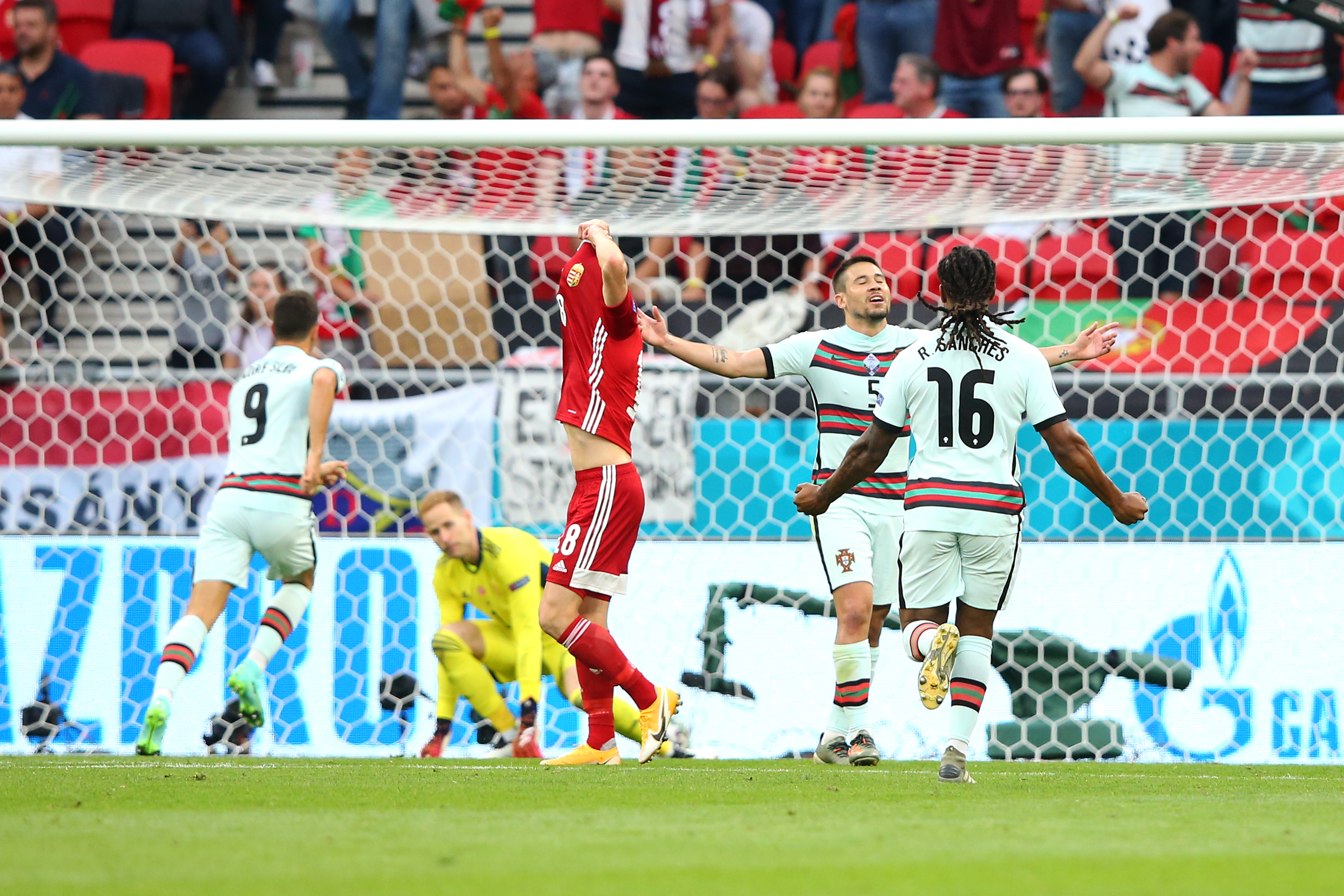 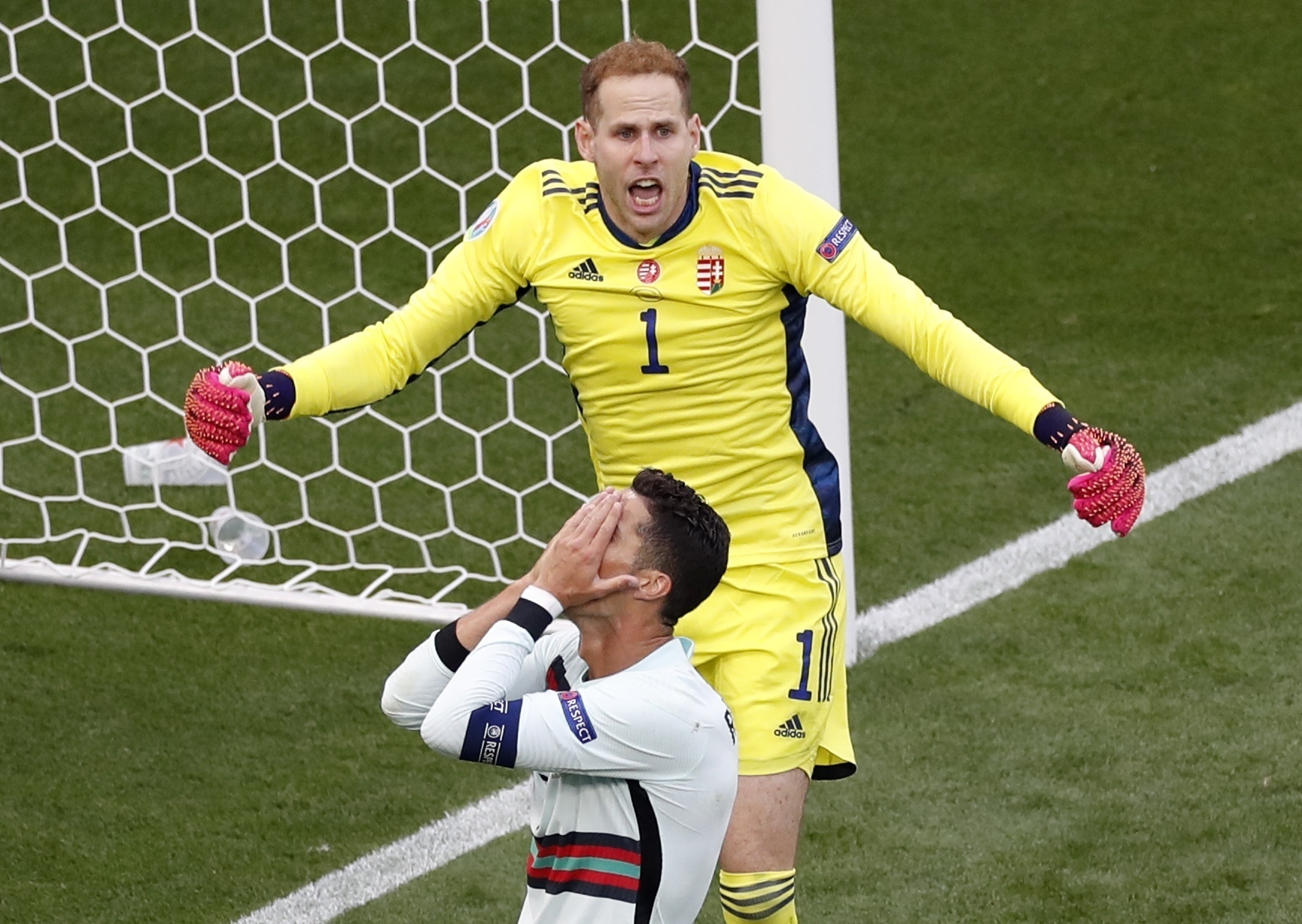 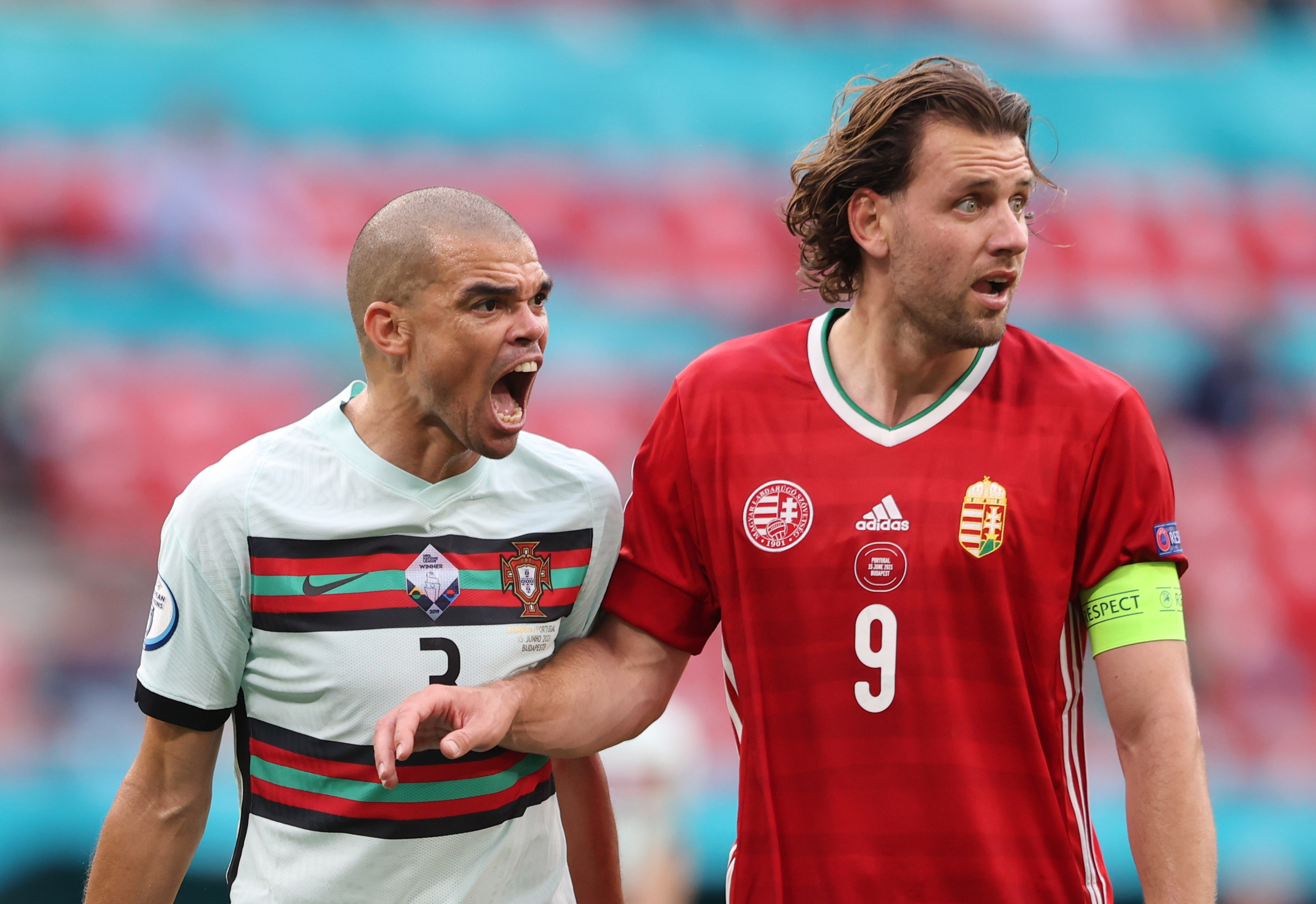 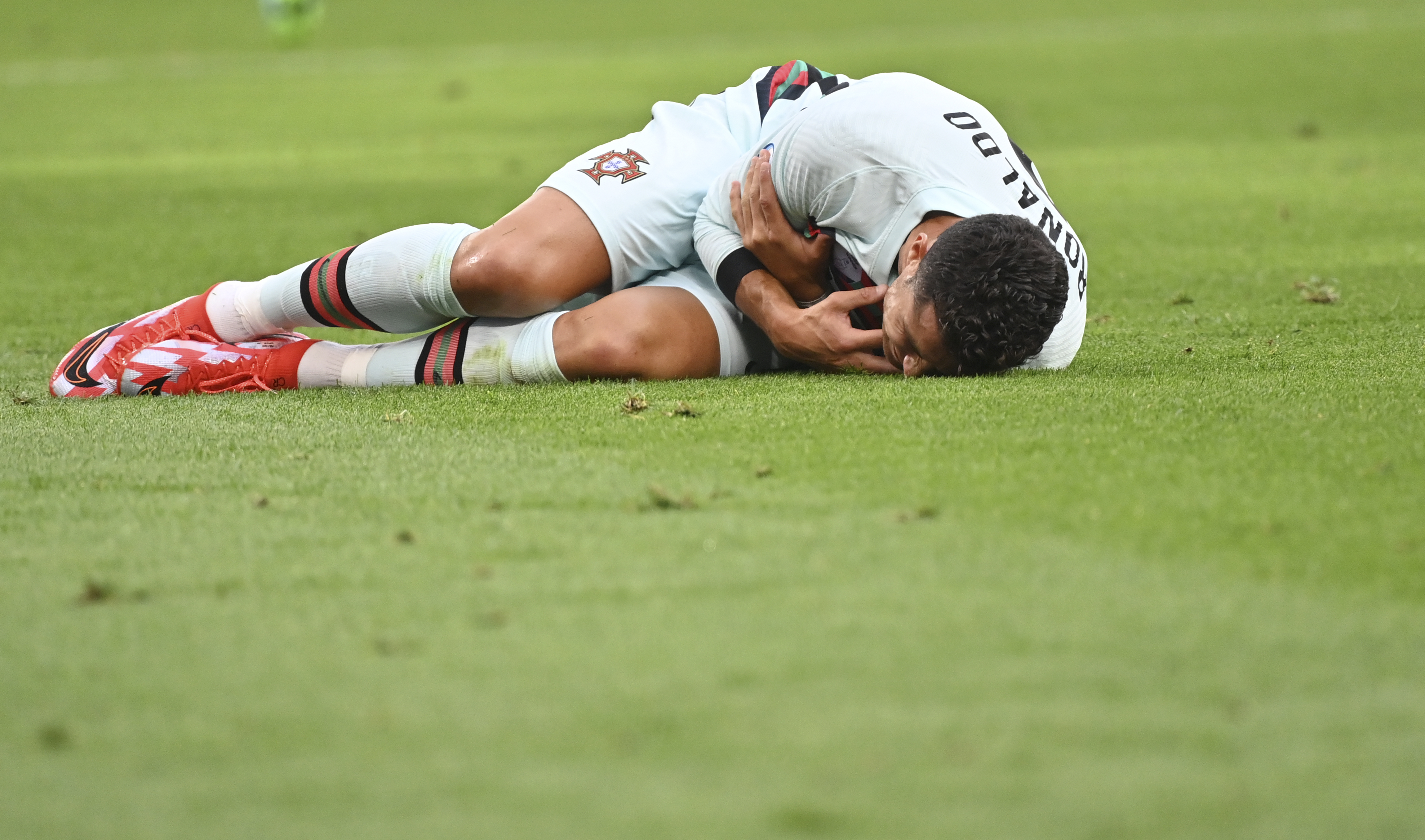 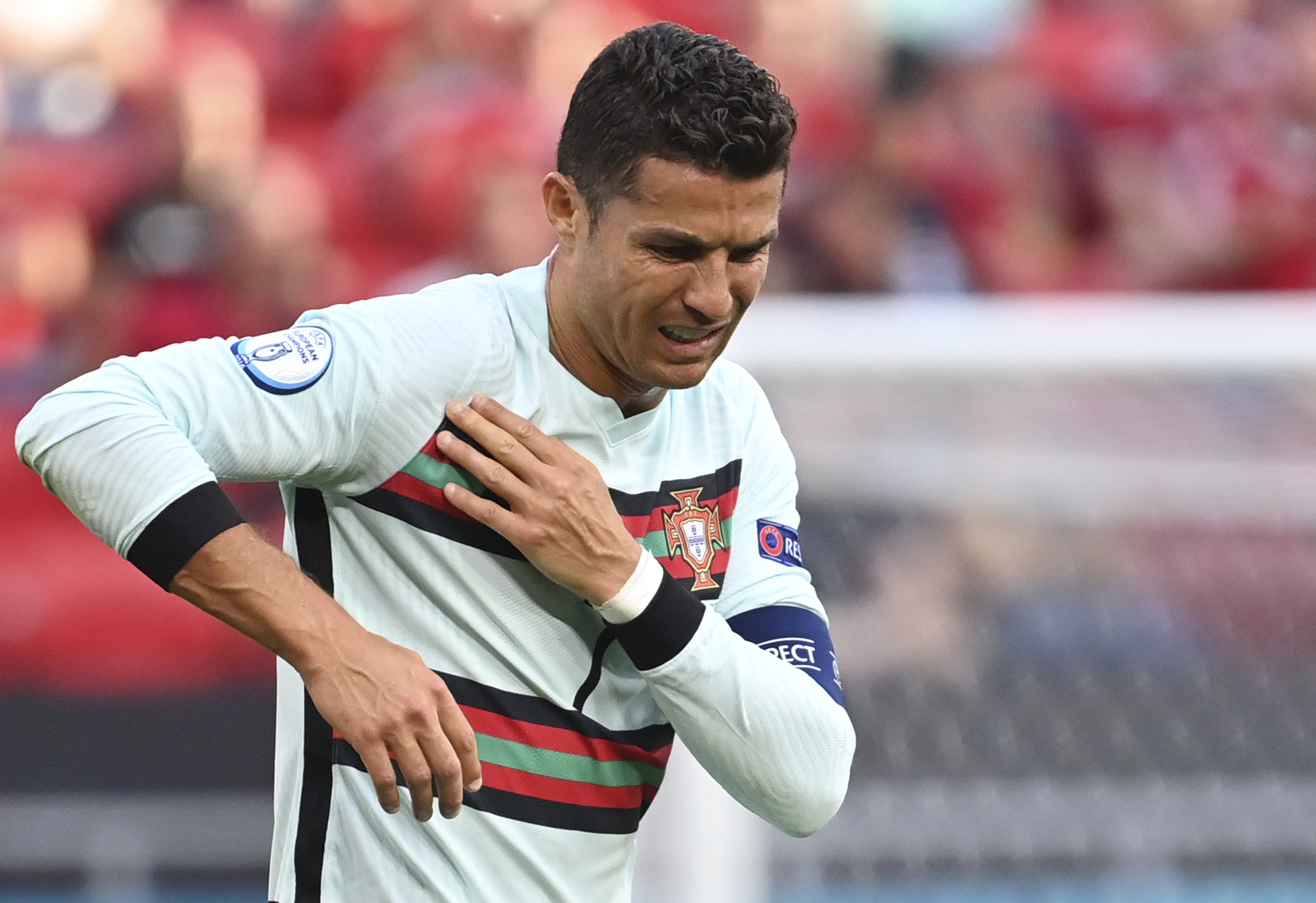 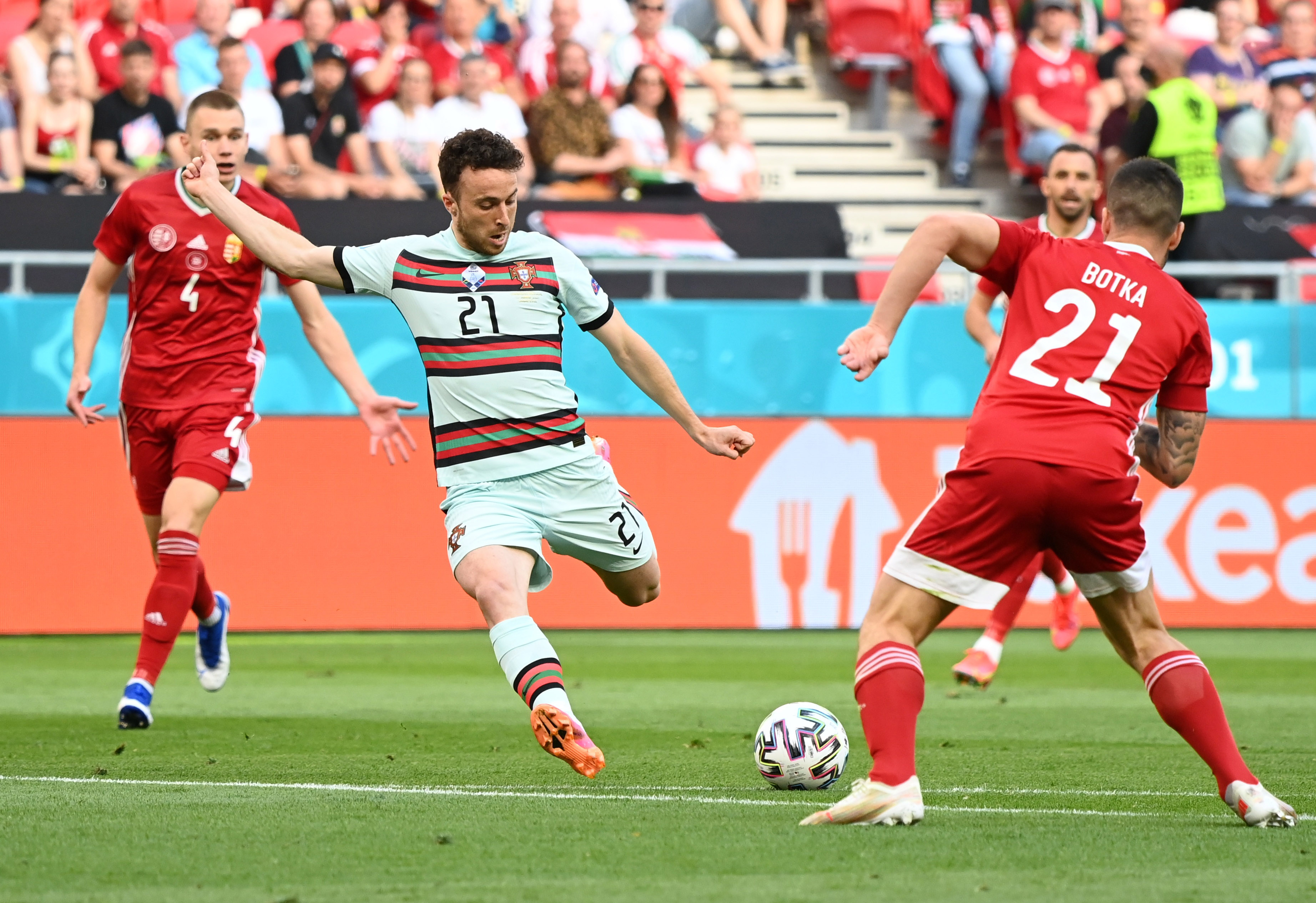