Tom Lynch has conceded he could have managed things better when making a decision about where to play in 2019.

The 25-year-old, who is set to join Richmond in the free agency period, angered the Gold Coast when he met with Victorian clubs mid-season as he recuperated from surgery. 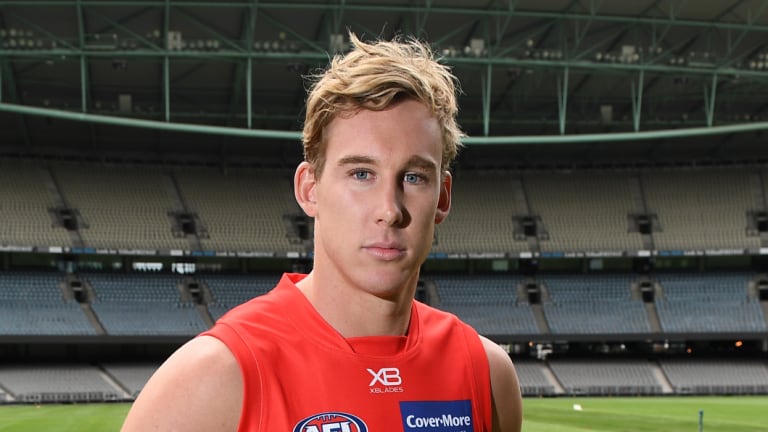 Tom Lynch says things could have been handled better, in hindsight.

His meetings became public when Collingwood coach Nathan Buckley told Footy Classified he had met with the key forward, an admission that forced Lynch to tell the Suns he was leaving.

Speaking at the launch of AFL Trade Radio, Lynch said the Suns were pushing him for a decision at the time and he took the opportunity to meet with potential suitors post-surgery.

The revelation forced matters to a head with the Suns and he was stripped of the captaincy when he told them he was leaving.

"I think we could have done things better," Lynch said.

"I understand there were frustrations in Buckley coming out and saying that."

Lynch said he had no issue with the reaction of the Suns' leadership group to the news he was leaving and he expected to maintain friendships with ex-teammates.

The key forward refused to confirm where he was going out of respect for the clubs involved but he said he had made a decision on where he was heading.

Lynch's manager Paul Connors admitted that Carlton were among several clubs interested in midfielder Dylan Shiel, however he said he remained uncertain whether the midfielder would return to Victoria.

The Giants have exit meetings on Wednesday and Thursday with the intentions of several players, including Shiel and Rory Lobb, to be clearer.

Both Shiel and Lobb are contracted so the Giants may choose to retain the pair even if they indicate a desire to leave.