SKY SPORTS have been slammed after one of their reporters opened his interview with Newcastle star Joelinton by saying: "I didn't know you were that good."

The Brazilian put in a man-of-the-match performance for the Magpies in a 1-1 draw at home to Manchester United. 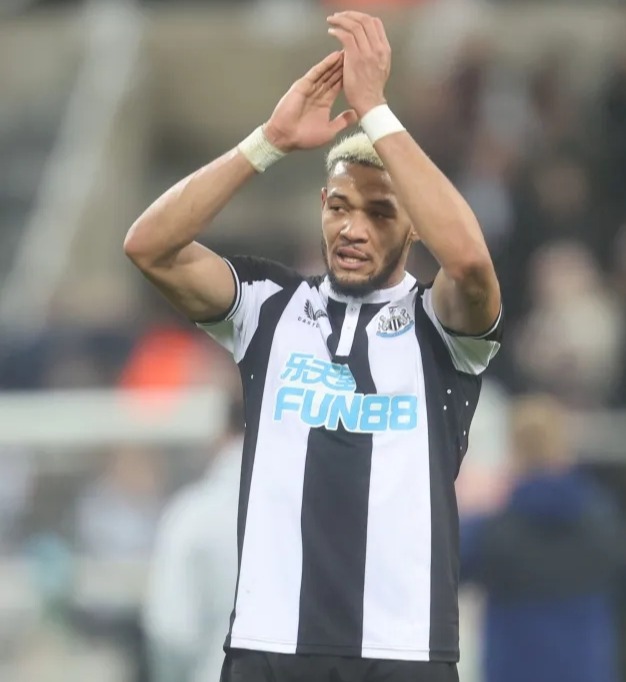 Joelinton is being played by boss Eddie Howe in midfield – he was signed as a striker in 2019 for a club-record fee of £40million.

But he failed to fire up front – and now Howe has spotted a different skill-set that is instantly paying dividends.

Before being given his man-of-the-match award, Sky Sports reporter Patrick Davidson started the interview with: "Joelinton, can I be completely honest? I didn't realise you were that good!"

The 25-year-old seemed somewhat shocked with the comment, before regaining his composure to answer the questions asked of him.

However, Davidson's comment did NOT go down too well with football fans on social media.

RON THE WAY OUT

"Fair play to Joelinton for showing a bit of class and not reacting.

Joelinton's team-mate Sean Longstaff spoke out himself during the interview at the 'disrespect' his team-mate has received in recent months.

He said: "We know how good Joelinton is and the disrespect he gets is a disgrace.

"Every day in training he's the best player and if you get him on your team in training you're buzzing because you'll always win.

"He's shown since the manager came in what he's been like in training. Everyone at the club rates him so highly.

"The noise form outside is so disrespectful and if you watch him enough you see how good he is. I'm so happy for him and proud of him."