And the SunSport columnist says he was “jealous” that Eric Cantona had the balls to Kung-Fu kick an abusive fan 23 years ago. 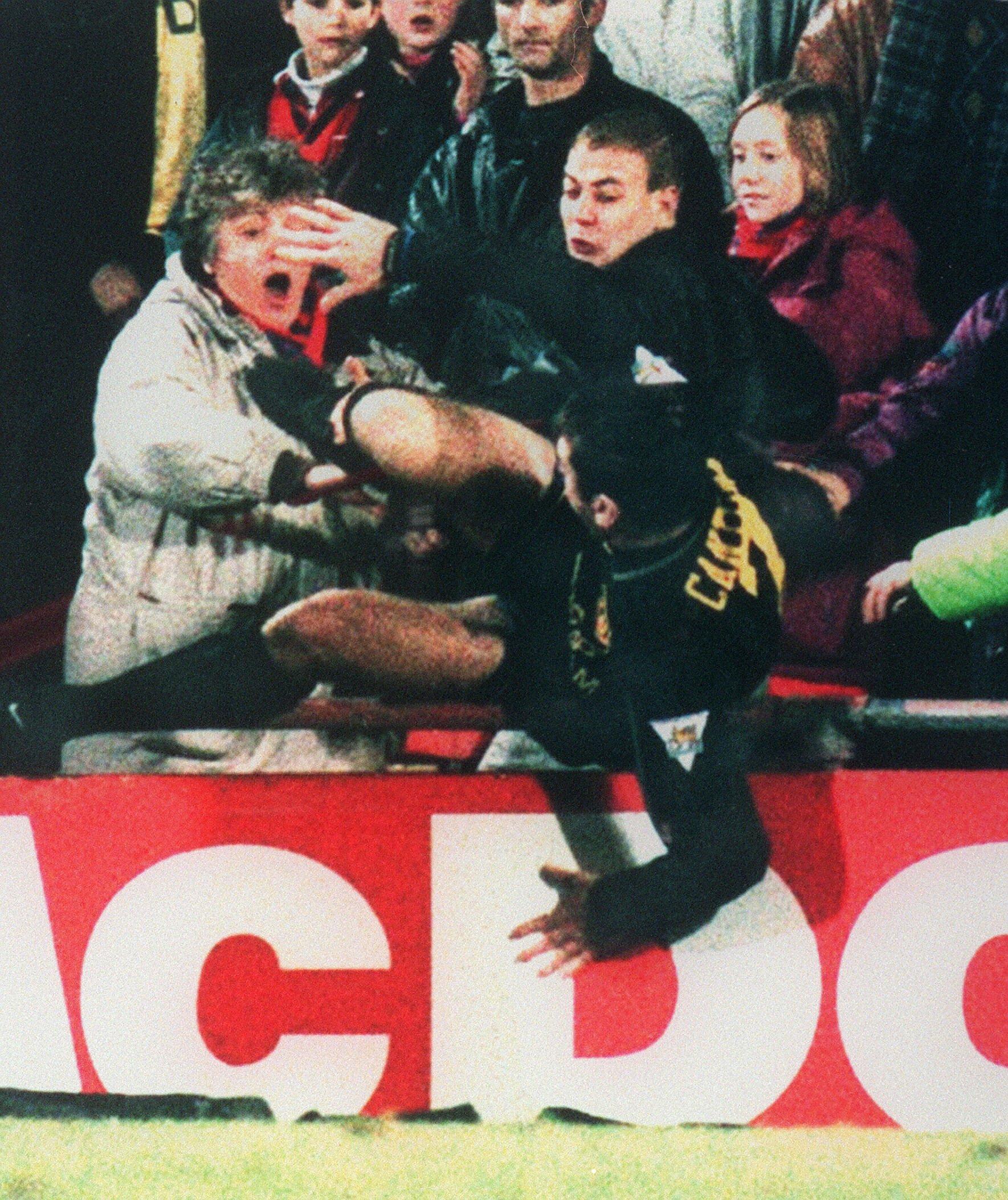 The former England, Arsenal and Crystal Palace striker explains in an ITV4 documentary about racism in football, the fear he felt when he was targeted on the field during the 80s.

Wright said: “I remember playing at Leeds, with Palace in 1985.

Wright was signed by Palace boss Steve Coppell in 1985 aged 21 after being spotted playing semi-pro football with Greenwich Borough. 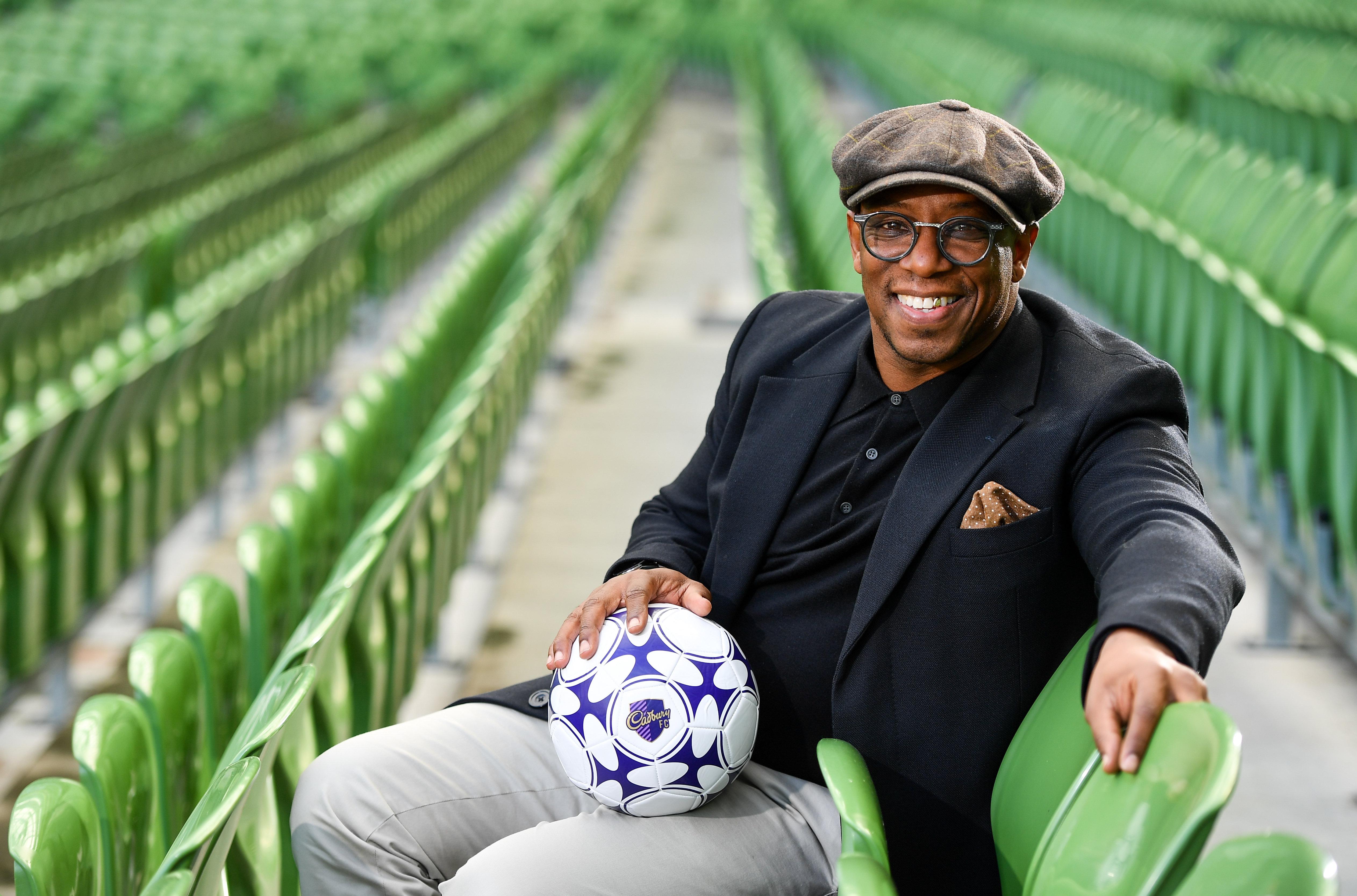 Wright recalled: “When I first signed for Palace I got abuse in the changing room. It was just an accepted thing to do that.

“Steve Coppell had started to assemble a team that were young, vibrant, athletic.

“And there was a lot of tension with the older players at the time. In training we played blacks against whites, people are flying in, flare-ups. A lot of the time the black guys won, you know. Some of the times there was friction.

“Black players had a submissive way about them, in a predominantly white environment. Somewhere along the line you’re going to be the butt of jokes. 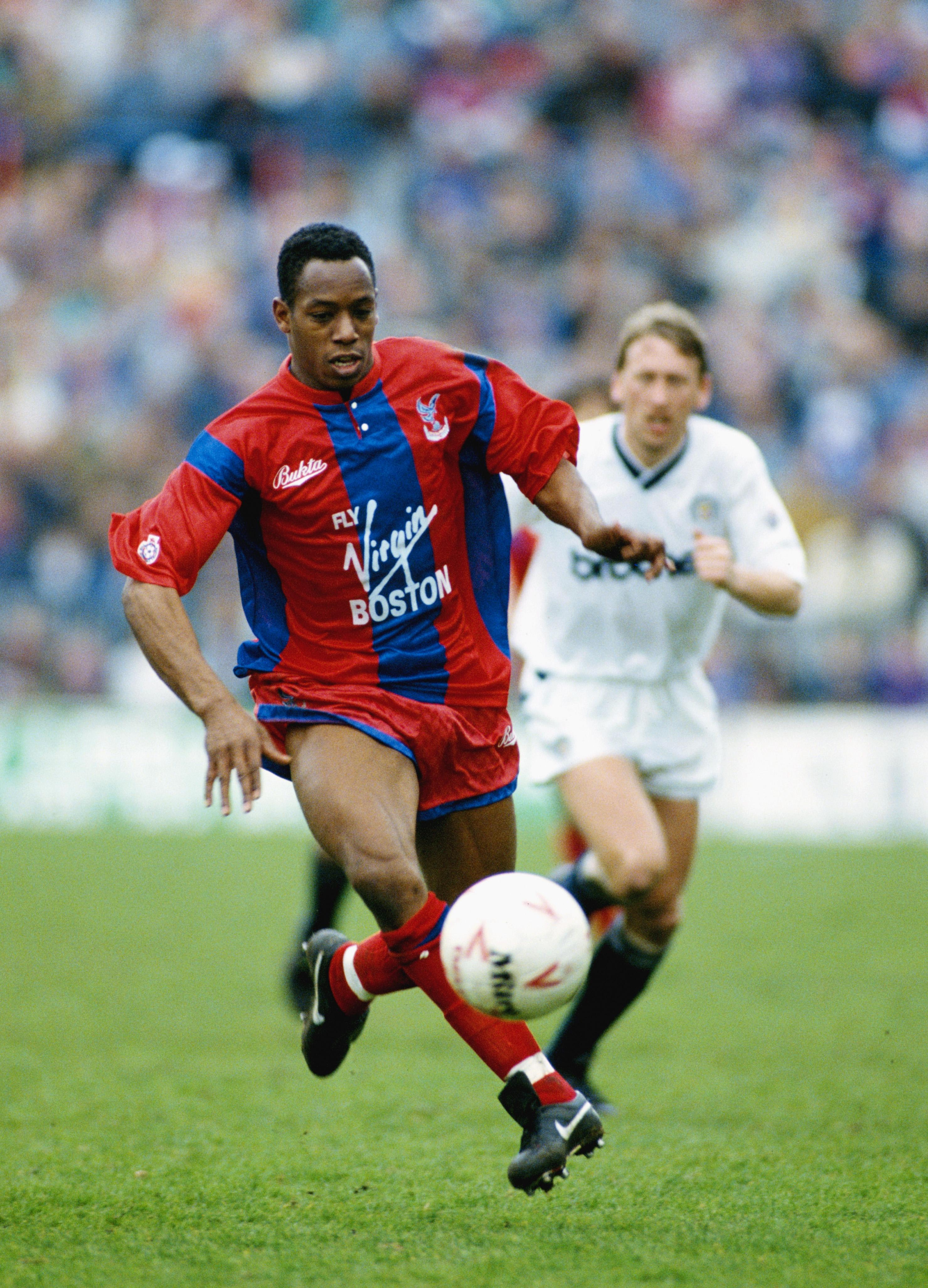 “If you’re not somebody who is going to laugh and joke about with it, then you’re seen as. ‘Oh watch him, he’s got a little bit of a chip on his shoulder’.”

Wright reveals his personal agony in a special two-part documentary Out Of Their Skin.

In the programme, the 55-year-old meets pioneers Les Ferdinand, Viv Anderson and Paul Ince in a celebration of ground-breaking black sportsmen who fought against racism to become the sport’s leading stars.

Wright says he was a “football-mad” kid growing up in the 1970s, and yet he was scared to watch England live.

He said: “Football was all I wanted to do but if you said come and watch England at Wembley, as a black teenager, I would have said no chance.”

Wright was in awe of the likes of the late Cyrille Regis and Anderson, who on November 29, 1978, became the first black man to win a senior England cap when he faced and helped beat Czechoslovakia 1-0.

He said: “There’s a perception of a young black man in the 80s — lazy, ignorant, time-wasters, not getting a job, stuff like that. If you were black, you were the target. It was as simple as that.”

Wright cites the dismissive reaction shown by Liverpool winger John Barnes in the face of fierce abuse and crowds starting to police themselves as examples of how widespread racism was eventually curbed. 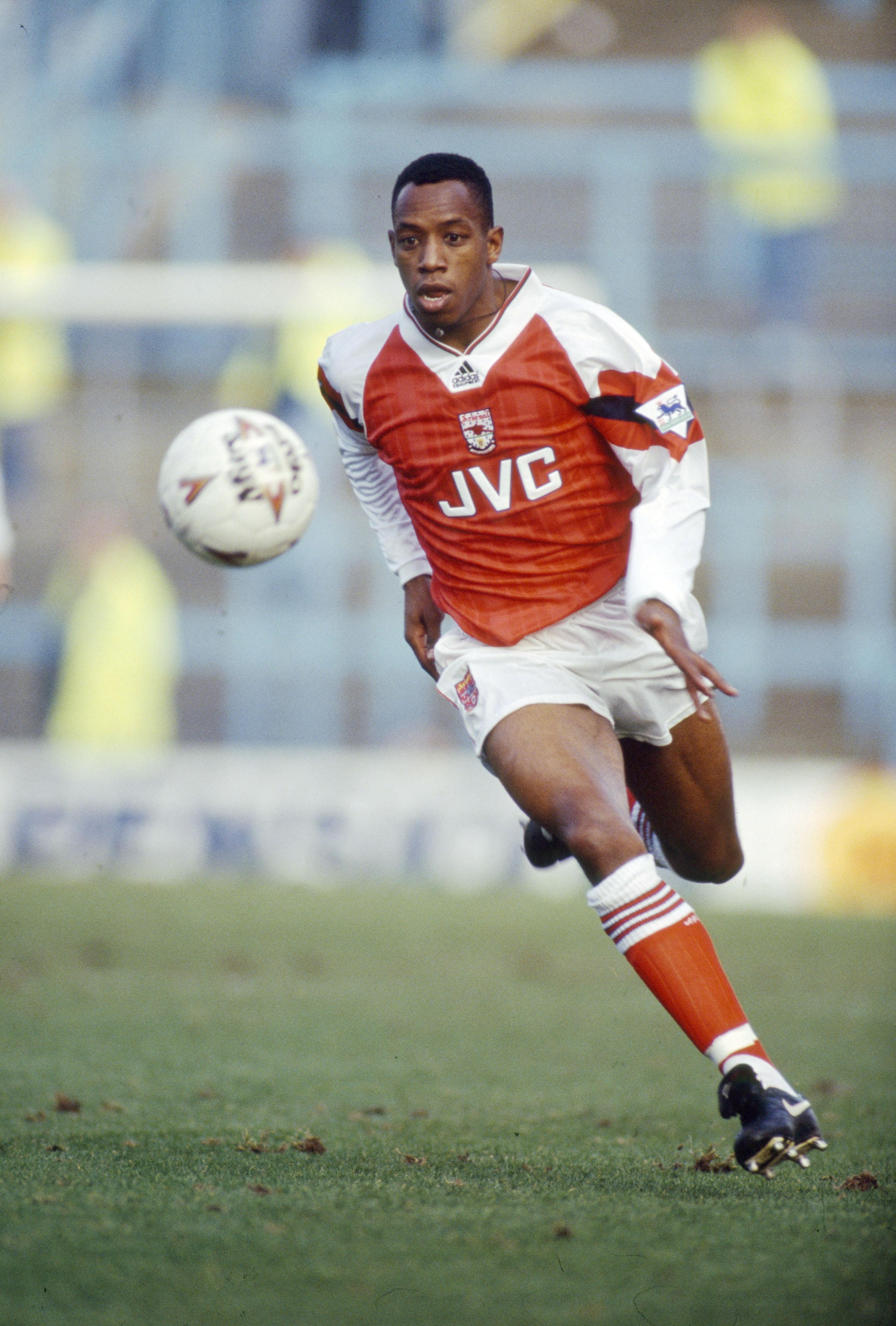 He said: “There’s that image of a banana being thrown at John.

“He flicked it. I do not believe that anybody could have come up with what John Barnes did there. Defiance with beauty and dignity. And that photo, it went worldwide. And it changed things.

“Then the Leeds fans stood up themselves and said that’s not acceptable any more.

“I personally do not believe that Leeds get enough credit for that and the fans themselves.

“And Millwall they tried to do the same. For you to stand up and be that person who wants to make change, it’s commendable, magnificent and it helps. It changes things.”

Wright had moved across London to Arsenal long before January 1995 when Cantona famously leapt over the Selhurst Park advertising boards and attacked fan Matthew Simmons.

The Manchester United star was eventually banned for nine months and fined £20,000 by the FA. 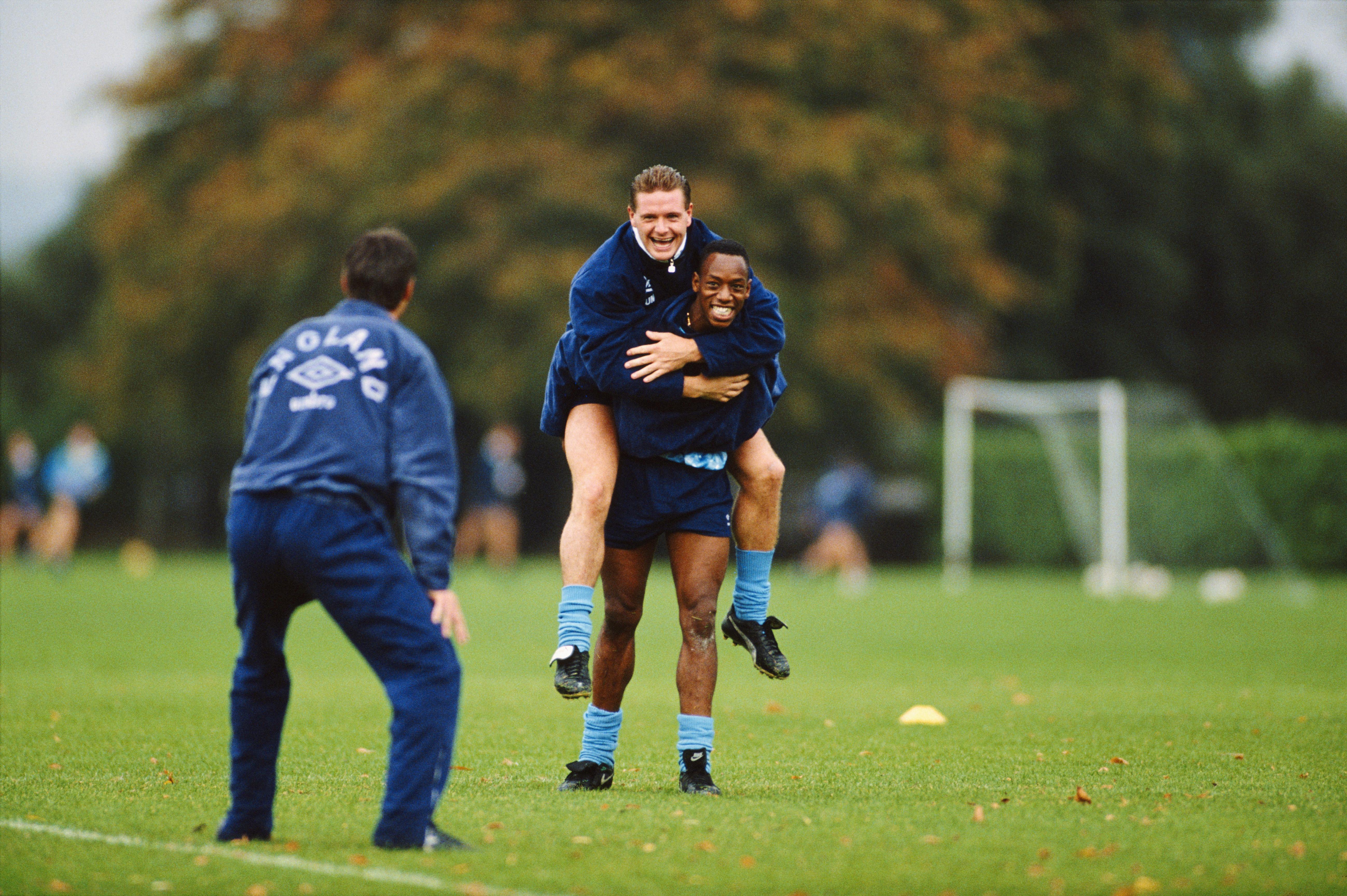 “People say how did I feel that night when I watched it. If I’m being totally honest I felt jealous. Jealous.

“Cantona was allegedly told to f*** off back to France. The guy denied it and was never convicted of a racist charge.

“People like Cyrille and Brendon Batson — as wrong as it was what Cantona did — then had ten times more reasons to kick a fan.

“You couldn’t as a black man try to bring up racial issues and be taken seriously. ‘You’ve got a race card burning a hole in your pocket. You got chips on your shoulder’. You couldn’t do it.

“It took a Frenchman to bring home the issues of racism. A white Frenchman.”

Though great strides have been taken by organisations like Kick It Out, there remains a lack of black, Asian and minority ethnic coaches and managers at the top of the game.

Yet Wright is confident one day a black man can be Three Lions boss.