World cricket's governing body is encouraging any player who believes they have been racially abused to report it, as it emerged the Australian player who allegedly vilified Moeen Ali can still face disciplinary action under the game's Anti Racism code.

The England spinner has accused an unnamed Australian player of calling him "Osama" during the first Test of the 2015 Ashes. 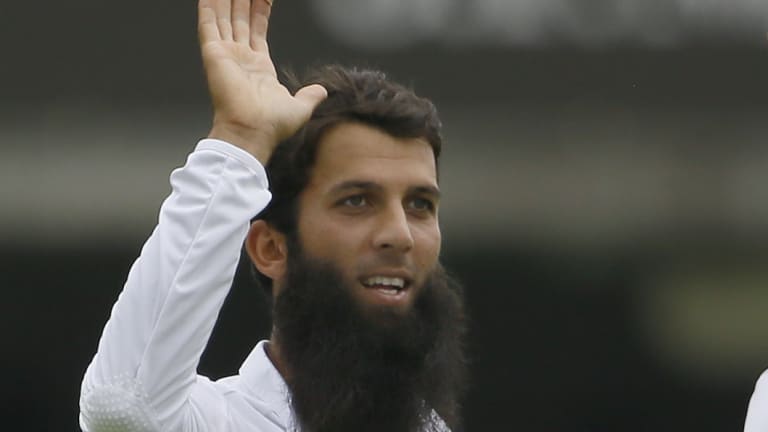 Moeen Ali has made claims of racial vilification against an unnamed Australian player.

Moeen was reportedly going to name the alleged offender in the book but made a late decision not to in order to spare the player public humiliation.

According to Moeen, he referred the matter at the time to England coach Trevor Bayliss, who sought out his Australian counterpart Darren Lehmann. Lehmann then questioned his player, who claimed he had said "take that you part-timer", Moeen wrote.

Cricket Australia is waiting to hear back from the England and Wales Cricket Board after reaching out over the weekend.

CA chief executive James Sutherland is one of several officials who can submit a report to the International Cricket Council under cricket's Anti Racism code.

Though the alleged incident happened more than three years ago, a report can still be filed to the International Cricket Council under its Anti Racism code.

Under the code, the umpires, match referee and the team managers and chief executives of CA and the ECB can make a report no later than seven days after the alleged offence was brought to their attention.

It is, however, considered unlikely for any report to be made unless Moeen was to provide further details, given the alleged perpetrator has denied any wrongdoing.

The Australian Cricketers Association is supporting CA's move but was unsure what could be investigated three years on from the event.

"CA are correct to seek further information and clarification from the ECB," an ACA spokesperson said. "Especially since the ACA understands from media reports that this alleged on-field matter was investigated and resolved in 2015. The game must have zero tolerance for any form of vilification. The ACA will make no further comment as CA make further inquiries."

Moeen was damning in his assessment of Australia's on-field behaviour last week in interviews to publicise his book. He said the Michael Clarke-led team at the 2015 World Cup and Ashes had behaved even poorer than the side which lost its way last summer.

"Everyone you speak to … they are the only team I've played against my whole life that I've actually disliked," Moeen told London's The Times newspaper. "Not because it's Australia and they are the old enemy but because of the way they carry on and [their] disrespect of people and players."

Moeen said he had no sympathy for Steve Smith, David Warner and Cameron Bancroft, who copped heavy penalties for their roles in the ball tampering scandal in South Africa.

"I'm someone who generally feels sorry for people when things go wrong but it’s difficult to feel sorry for them," he said. "The first game I ever played against them, in Sydney, just before the 2015 World Cup, they were not just going hard at you, they were almost abusing you.

"That was the first time it hit me. I gave them the benefit of the doubt, but the more I played against them they were just as bad, the Ashes here [in 2015] they were worse actually. Not intimidating, just rude. Individually they are fine and the Aussies we’ve had at Worcester have been fantastic, lovely guys."

Moeen also claimed he had been racially abused by a fan during the Adelaide Test. CA banned a man from attending matches in Australia for three years for writing an offensive message on a fence at Blundstone Arena in a 2016 Test against South Africa. The slur was directed at South African great Hashim Amla.