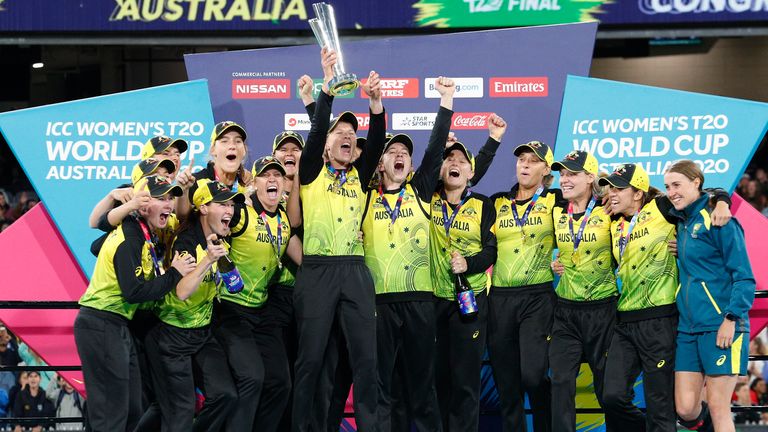 The International Cricket Council says it will add more teams to the Women’s 50-over and Twenty20 World Cups from 2026.

The ICC announced on International Women’s Day that that the 20-over tournament would feature 12 teams from 2026, up from the current 10.

The ICC made the announcements exactly one year after Australia Women beat India Women in the final of the 2020 T20 World Cup in front of 86,174 fans at the MCG – a record attendance for a women’s cricket match.

What a story. What a @T20WorldCup.

Relive an incredible International Women's Day at the MCG.#IWD2021 pic.twitter.com/gO2NXIdwSM

ICC chief-executive Manu Sawhney said: “We have a clear focus and commitment to an ambitious long-term growth plan for the women’s game.

“We have been building momentum around the women’s game for the last four years investing in global broadcast coverage and marketing to drive fan engagement.

“This decision to expand our women’s events builds on these foundations and allows us to give more member countries greater opportunities to compete on a global stage.

“This means that more teams will also get the opportunity to compete in the qualification pathways for the respective ICC events over the coming years.

“I am sure these initiatives will go a long way in helping us achieve our strategic goal of continuing to build strength and depth in the women’s game.”

Australia’s victory over India saw them win the T20 title for a fifth time in seven editions – England in 2009 and West Indies in 2016 are the only other sides to win the event.

England are the reigning 50-over World Cup champions having beaten India in a thrilling final at a sold-out Lord’s in 2017.

The 2021 50-over World Cup in New Zealand has been delayed to 2022 due to the coronavirus pandemic.