Punter opinion would like to see similar treatment for Josh Parr to that which Craig Williams doled out to Yogi at Sandown on Saturday.

Williams was suspended for seven meetings because he hit Yogi 12 times, seven over the limit, inside the closing 100 metres in the Sandown Cup. 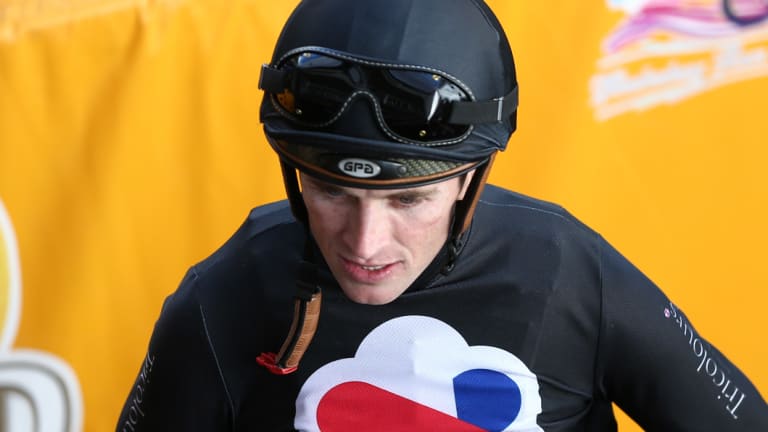 Josh Parr’s ride on Roheryn at Rosehill was questioned at the weekend.Credit:Geoff Jones

Being a 3200-metre race on a sluggish horse necessitated Williams' whip use, which he pleaded “was not an offence to the eye”.

Alas, after being beaten on $1.50 hotpot Roheryn at Rosehill, Parr was accused of an even greater misdemeanour – butchering public money.

A few racegoers unloaded on the jockey after the event. Back in the good, old days when punters really cared, Parr would have been subjected to a tsunami of abuse and even flying missiles.

Racing New South Wales stewards were fast out of the barrier to investigate the performance, picking up the prosecuting cudgel with enthusiasm.

Parr should not have given such a long start in the 1100 metre sprint. Chief stipe Mark Van Gestel divulged that “in all my years of stewarding I have never heard” the excuse Parr pleaded in not making ground on the circle.

In the straight, Roheryn was giving nine lengths start to the leader. Perhaps this goes back to Van Gestel’s early education with John Schreck, one of the great stipes and tutors of them.

Schreck liked to see jockeys in motion around the 600 metres, decried the style of Peter Cook, and my early heroes Scobie Breasley and Athol Mulley. Basically, they would not be moving so early or on a circle.

Cook’s artistry was built around cohesion of hands and brain, working in unison with their mount to produce a canvas of perfection. Of course, there would be exceptions to the rule, possibly on a Yogi type stayer.

Schreck would argue my latter-day saddle saints, Mick Dittman and Jim Cassidy, were hardly sit-and-wait exponents. Sure, Dittman was more Jackson Pollock while the Pumper produced graffiti, but their masterpieces were something to behold.

The Parr inquiry also took me back to Togo Johnstone, regarded as the best Australian jockey to ride in France. 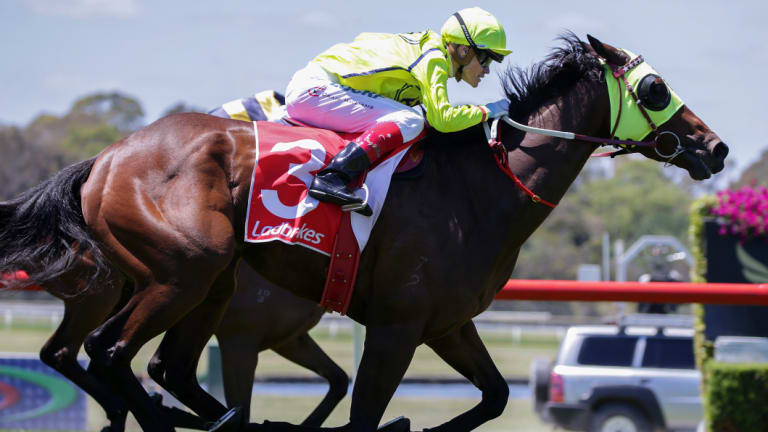 Craig Williams was charged for going too far with the whip in his winning ride on Yogi at Sandown.Credit:AAP

With some rides not good enough to win, Johnstone would advise connections he could run a place if ridden quiet, and back in the field like Roheryn. Should they want to win he would have to be three lengths closer to the pace and the horse wouldn’t do nearly as well.

In the steward’s inquiry and viewing the official videos, Roheryn to my eye was never really going comfortably and Parr was seeking his comfort zone.

To move with authority and go three wide without cover would have been detrimental. Sure, it would have at least given more of a show to the $10 horse player Van Gestel mentioned. But the punter was not on the horse.

Schreck liked to see jockeys getting into the race, an argument hard to fault and one that produced a ready explanation if an odds-on favourite didn’t run up to expectations.

Yes, we are left wondering about Roheryn, but trainer James Cummings produced statistics and a strong argument that also reeked of his tutor and godfather Dom Beirne, the form student equivalent of Schreck for stewards.

But with Parr over Roheryn, if the official whip is applied it shouldn’t breach the skin. As far as jockey manager’s tipping, another aspect that arose from Saturday, I have no precedents to fall back on and will leave that to more legal minds.