Ask Tyrone Peachey if he hates Queensland and he responds: "I'll hate who I have to hate to be in that NSW team."

Peachey has been brilliant for the high-flying Panthers and is in the box seat to clinch the utility role for Brad Fittler's Blues side. 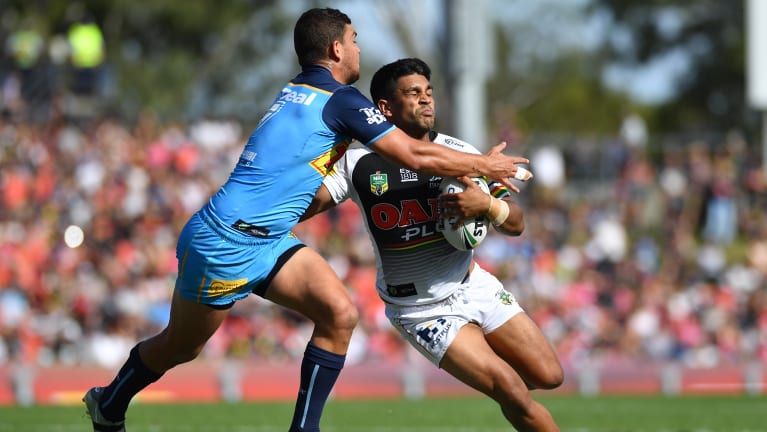 Mr Fix It: Tyrone Peachey is hoping to be the Blues’ jack of all trades in Origin I.

He has had no conversations with Fittler and does not even know when the team will be picked, but he would love to be there.

"With no Cameron Smith, no Johnathan Thurston, this is NSW's best opportunity to win," Peachey told Fairfax Media.

"Hopefully there are a lot of young players who can start up their own little dynasty like the Queenslanders, and it would be awesome to be a part of that."

Angus Crichton, who came into rugby league as a centre before being shifted to the back row after an impressive performance in the 2015 Charity Shield for South Sydney, is regarded by some as Peachey's main challenger.

Peachey has already played back row, hooker and five-eighth for Penrith this season and will start at left centre in Saturday's top-of-the-table match against St George Illawarra at Panthers Stadium.

"I think I cover all bases when it comes to that utility position," Peachey said.

"That position is perfect for me. I can come on and disrupt the Queenslanders when they're tired.

"I grew up not liking it, but I know it's my best [role]. Just to be in the conversation [for NSW selection] is awesome.

"It would also be awesome to have that Penrith connection there with guys like Jimmy [Maloney], 'Nath' [Cleary] and 'Reg' {Reagan Campbell-Gillard]. They've all been killing it."

Peachey is the quickest player over a short distance at Penrith and has been brilliant popping up around the ball, especially in support of Billy Kikau when he squeezes an offload.

The 26-year-old signed a lucrative deal to join the Gold Coast Titans next year but said he was always going to give Penrith his all and go out with a bang.

"This club has been so good to me. The Titans were keen to get me up there, 'Gus' [Penrith general manager Phil Gould] said 'take it, it's a good deal', but I was never going to let Penrith down," Peachey said.

"This club gave me my chance to be a consistent first grader. I'm just happy to be in a competitive team and in the top four.''

Peachey said his preferred position was five-eighth, a role he enjoyed alongside Maloney while Cleary overcome a knee injury. 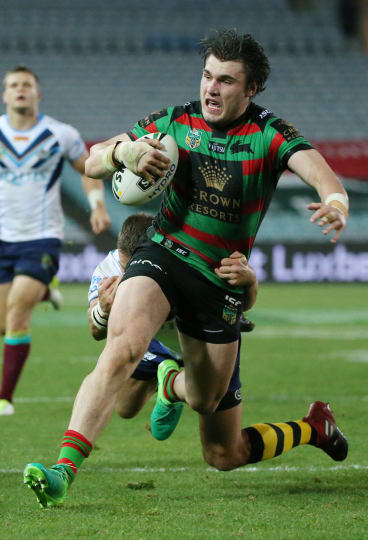 "But when you've got hopefully two Origin halves in your team, it's hard for me to stay there," Peachey said.

"I'm happy in the centres – I'm happy wherever the coach wants to play me."

Meanwhile, Crichton is also capable of plugging a few gaps off the bench, having trained at centre in his first pre-season with Souths.

Crichton has good hands, is defensively a rock and while he plays back row each week, Fittler has the option to also use him at lock or centre.

"If you get called up you do whatever is asked of you," Crichton said.

"I got thrown in the deep end in the Charity Shield in 2015. Tim Grant got injured and 'Madge' [former coach Michael Maguire] chucked me in the middle. He played me at lock and after a few tough carries, Madge said, 'you're made for the backrow'. So that's when I made the transition.''