LOS ANGELES — The Los Angeles Kings and Ilya Kovalchuk seemed like an ideal match when they agreed to a three-year, $18.75 million contract last summer.

Kovalchuk, a high-scoring winger, had accomplished all he could in five seasons in Russia, having won two professional championships, a scoring title, a world championship and an Olympic gold medal. The Kings were statistically the N.H.L.’s best defensive team last season but had a middling offense that lacked scoring depth.

Kovalchuk’s combination of power, finesse and technical skill appealed to the Kings. Their accomplished, veteran nucleus attracted Kovalchuk in his search to return to the N.H.L. after five seasons in Russia’s Kontinental Hockey League.

“We never had a player quite like Kovy,” said wing Dustin Brown, who captained the Kings to Stanley Cups in 2012 and 2014.

Kovalchuk said an Olympic gold medal with Russia was a motivating factor in his return, at age 30, to his home country after scoring more than 400 goals with the Atlanta Thrashers and the Devils from 2001 to 2013.

Soon after winning that gold medal at the Pyeongchang Olympics in February, Kovalchuk began thinking about returning to the N.H.L. to pursue a Stanley Cup.

If he were to hoist the Cup, he would join his fellow Russian Pavel Datsyuk as the only player to have won a Stanley Cup, an Olympic gold medal, a world championship and a Gagarin Cup, which is awarded to the K.H.L. champions. 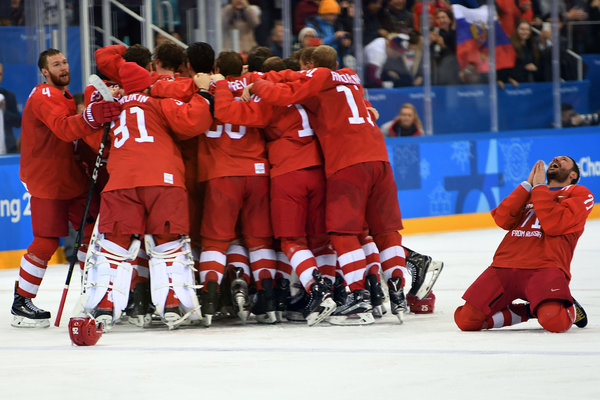 “He’s a good player, and of course every good player wants to play in the best league. He wanted to, not just play, he wanted to win a Stanley Cup,” said Datsyuk, who competed alongside Kovalchuk in Russia

But if the Stanley Cup is the goal, the Kings, at least this season, may not be much help.

Plagued by a dearth of scoring, an ineffective power play, the absence of their trademark defensive doggedness and a seemingly unshakable malaise, Los Angeles (7-14-1) is last in the league standings.

The Kings have scored six fewer goals than any other team. They have won consecutive games only once this season, and they did so with two different coaches at the helm. After defeating Columbus on Nov. 3, John Stevens became the first coach to be fired this season. The Kings promoted Willie Desjardins to head coach, and he won his debut against Anaheim on Nov. 6.

Kovalchuk, who nearly signed with the Kings in 2010, has at least been a positive force. His five goals and 14 points are all team highs for the season.

Kovalchuk has been creative and confident on the power play, two facets of the man advantage that have been missing for the Kings.

“Since he left, hockey has changed now, and he needed to adapt a little bit,” Datsyuk said. “Now it looks like he’s adapted. I think the further they go, the more he can help the team.”

Kovalchuk played down the adjustment to the evolving N.H.L. after five seasons in Russia.

“Hockey is the same game wherever you play,” he said. “The rink here is smaller, so everything comes faster. All the best players play here. It’s a good challenge for me personally because you have to get out of your comfort zone sometimes to be even better. Even if you’re 35, it does not matter. You can be better and learn something everyday.”

Kovalchuk has moved around the lineup, playing left wing and right wing at even strength, as well as both point positions on the power play. He may have finally found consistent linemates with Jeff Carter and Tyler Toffoli, both of whom have been energized by the lineup change.

Carter was injured for most of last season, which left center Anze Kopitar, defenseman Drew Doughty and Brown to carry the offense. But this season has seen Brown miss significant time because of injury and Doughty be inundated with defensive responsibility. Carter and Kopitar stumbled out of the gates.

Kopitar, now in his 13th N.H.L. season, has led the Kings in scoring in 10 of the last 11 campaigns. Last season, his 92 points were a career high, and he was a finalist for the league’s most valuable player. This season, Kopitar has produced just 10 points.

In addition to Brown’s injury, goalie Jonathan Quick, the team’s stalwart in net, has been sidelined with two injuries. Jack Campbell filled in admirably before he too sustained a knee injury that will force him to miss four to six weeks.

Desjardins hopes to get more from the team’s peripheral scorers.

“The older group, they’ve won. They’re just warriors,” he told reporters. “They come in and play so hard, and they know it. The second group hasn’t got that yet.”

In Kovalchuk, the Kings may have a mentor for those younger players.

Kings forward Alex Iafallo said he grew up watching Kovalchuk and that he was “learning from him every day.”

“We would practice before our practice, then stay after our practice,” Panarin said through his interpreter, Vlad Spektor. “After practice, we would skate for another 40 minutes. I went into the locker room afterward, and my teammates said jokingly, ‘That’s enough practice. How much more can you practice?’ Ilya said, ‘The dogs bark, but the caravan moves onward.’”

Kovalchuk and his wife, Nikol, have situated their four children in Beverly Hills, where they have taken to their new surroundings even more quickly than Kovalchuk began adding to his career totals.

“My wife did a great job, and everybody’s settled in and happy on the family side,” Kovalchuk said. “We just have to start winning games, and it’ll be very good for everybody.”