In a 100-Mile Race That Demands Both Physical and Mental Fortitude, Women Set the Pace

Ultramarathons may be the ultimate endurance leveling ground. Half of the top 30 finishers at this year’s Western States 100-mile race were women. 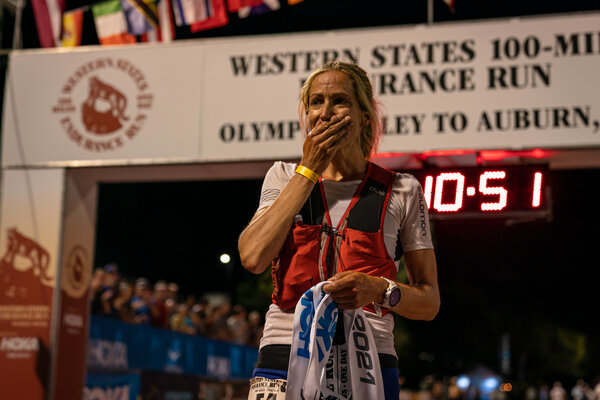 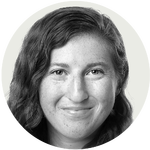 Beth Pascall did not know what was happening behind her.

She had finished the Western States 100-mile race in Auburn, Calif., in late June with a time of 17 hours 10 minutes 42 seconds, the second fastest ever run by a woman. Only six runners, all men, beat her to the finish line.

Pascall found herself in good company, quickly. Ruth Croft finished some 23 minutes later in ninth, and Ragna Debats completed the race less than eight minutes after her. It was the first time three women had finished the grueling race in the top 10.

“That’s a big deal,” Corrine Malcolm, an ultrarunner and coach who co-hosted live commentary of the race, said. “Combined with the fact that the rest of the field didn’t perform as well, it’s a powerful story. The women performed exceptionally well.”

Exceptionally well, especially given the conditions, Malcolm said. The average finish time was the third slowest in the race’s 47-year history, and the finisher rate was 66 percent, below average. Despite that, “the women stayed consistent or did even better than they have in past years,” she said. “Does it mean they are grittier? Faster? That the field is deeper? It’s probably multifactorial.”

The results at this year’s Western States were not surprising to Paul Ronto, co-author of a recent study on the state of ultra running, digging into the results of 5,010,730 finishers in more than 15,000 races from 1996 to 2018. The study, a collaboration between Run Repeat and the International Association of Ultrarunners, found that the longer the distance of a race, the shorter the gap between the pace of men and women.

“Women can be overall competitors in these endurance events,” Ronto said.

There is no shortage of examples of women winning ultramarathons outright. In 2017, Courtney Dauwalter won the Moab 240 Mile Endurance Run by more than 10 hours. The same year, Camille Herron won the Tunnel Hill 100-mile race in 12:42:39, an average of 7:38 per mile. In 2019, Maggie Guterl became the first woman to win the Big Dog Backyard Ultra, running 250 miles in 60 hours. The same year, the British ultrarunner Jasmin Paris won the 268-mile Spine Race, despite stopping at checkpoints to pump breast milk for her newborn. Paris beat the course record by 12 hours.

In some ways, extreme-endurance events are the ultimate leveling ground, Ronto said, calling the results from this year’s Western States a “perfect example.”

The 100-mile course demands equal parts physical and mental fortitude. And that’s given a runner can get in. They must have a qualifying time from a list of events to apply for entry, one of the many ways grueling races try to ensure athletes don’t come unprepared. Qualifying athletes are then entered into a lottery, and getting in is the luck of the draw.

Those who find themselves at the start line climb more than 18,000 feet and descend nearly 23,000 feet with conditions that can shift from snow-capped mountains to low-valley heat. They start at 5 a.m., and many run (well, most, save for Jim Walmsley) through hours of darkness.

And this year, many were racing for the first time in some 18 months, battering long-forgotten nerves, ego-driven tendencies and tests of patience.

Pascall, a 33-year-old British pediatrician, took her time through the aid stations and stuffed ice cubes in every compartment of her outfit to stay cool. She had little information about the competitors behind her until she was some 60 miles into the race.

“It was all about self-preservation and looking after yourself,” Pascall said, something that she believes is a strength of her female competitors. “I think women are always better at pacing themselves during races like these.”

Why is that? It’s a debate that will continue as the data — the number of female ultramarathoners, and the number of them finishing in the top ranks — builds.

Do women have an evolutionary advantage when it comes to extreme-endurance events? Is it physical, psychological or both? Is it simply a matter of having an innate pain tolerance that can outmatch men?

For Malcolm, a two-time Western States finisher herself, the results from this year’s race came down to a pretty simple explanation.

“The women were methodical,” she said. And the men? “They imploded.”

Eric Spector didn’t finish this year’s Western States, but he was happy to be one of the lucky ones at the start line.

The trail runner didn’t always see himself as someone capable of becoming a septuagenarian ultramarathoner. He didn’t start running until he watched a friend finish the New York City Marathon in 1978. He woke up the next morning to attempt a very short and humbling run. In 1979, he finished his first marathon.

You could almost hear Spector smiling over the phone, describing his first marathon with as much joy as he described the Dipsea trail race, the extreme-endurance challenges he set up for himself when he turned 65-years-old, or his upcoming 200-mile Hood to Coast relay.

His secret to longevity on the trails is pretty simple, he said. “Know your body, know yourself, and keep it going.”

And he wants to give Western States another go. But, he said with a laugh, “I might be 80 before I get in again.”

Marilyn Moffat, a professor of physical therapy at N.Y.U., said the initial appointment is a good time to decide whether you want to work with the physical therapist.

“The most important thing is what the therapist does with their initial exam,” she said. “Do they really take the time initially to examine what’s going on and then determine what’s most appropriate for that patient?” Read the full article here.