In Europe, a Bitter Battle Between Clubs and Leagues Is Taking Shape

LONDON — Confronted with what they consider a power play by a group of wealthy soccer clubs to promote the Champions League at the expense of national championships, representatives of Europe’s domestic leagues will meet in Lisbon this week to discuss a strategy to protect what they say is decades of tradition, and a basic sense of fairness.

What the leagues fear, several officials said, is what they consider a behind-the-scenes campaign to reshape European soccer for the exclusive benefit of the continent’s biggest clubs. The leagues contend the proposed changes to the Champions League, which include new barriers to entry for nonelite clubs and schedule changes that would push matches onto weekend dates, will diminish the relevance and marketability of domestic leagues, and potentially render many of their matches irrelevant.

At this week’s Lisbon meeting, an annual gathering of the umbrella European Leagues group, members will discuss plans to fight back — perhaps even in court — against suggested changes that they argue will adversely affect the competitions that still form the cultural and financial backbone of the global soccer industry. The coalition of leagues is a diverse group — leagues from Portugal to Ukraine are members — but a potentially formidable one given the influence and resources of members like England’s Premier League, Germany’s Bundesliga and Spain’s La Liga.

“The association of European Leagues is raising its voice and the leagues are cohesive more than ever in the defense and protection of domestic football,” said Alberto Colombo, the deputy general secretary of the European league body, in an interview.

While representatives of the continent’s richest and most powerful clubs and European soccer’s governing body, UEFA, say any discussions for reforming club competitions like the Champions League remain in their infancy, league officials have grown increasingly concerned about details of the proposed changes that have started to leak.

The most dramatic include reducing the size of national leagues and altering their schedules to allow European games to be played on weekends, a window historically reserved for domestic matches. The Bundesliga’s chief executive called weekend Champions League matches a “red line” that could not be crossed. English officials similarly declared the idea a nonstarter.

Andrea Agnelli, the president of Juventus, who leads the powerful European Club Association, said at that group’s annual meeting in Amsterdam last week that it would be at least a year before any changes would be finalized, and he refused to discuss details of proposals already under discussion. However, in an interview with The Guardian last year, he described reforms he would like to see that appear to be similar to those currently under discussion. 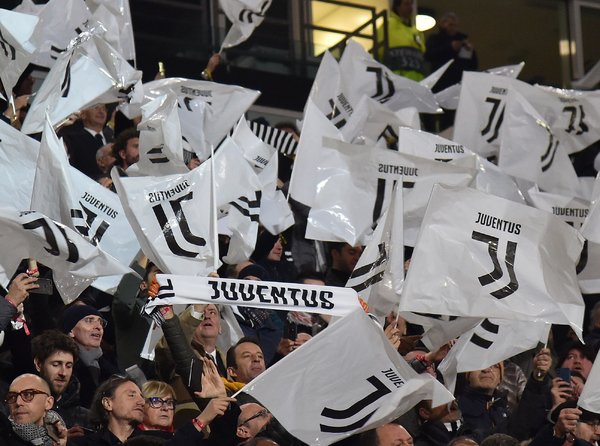 While the E.C.A. represents more than 200 clubs from across Europe, it is increasingly dominated by a handful of the largest teams. That group that includes the likes of Juventus and Bayern Munich but also heavyweights from Spain and England like Barcelona, Real Madrid and Manchester United. Those clubs have for years used their might — and threats to break away and form an exclusive competition outside the current domestic league structure — to wrest concessions from soccer’s leaders.

Javier Tebas, the frequently outspoken head of Spain’s top league, said the proposal to restructure continental competitions for the benefit of the small group of rich clubs that already dominate them would spell doom for soccer in large parts of Europe. The changes would, Tebas said, allow the wealthiest clubs to widen the massive talent and resource gap they already enjoy, and tear away the fabric of the sport’s traditions.

Playing European competition matches on the weekend, in particular, would be “a recipe for the demise of football across Europe,” Tebas said in a statement. The Bundesliga’s chief executive, Christian Seifert, concurred in a speech earlier this year.

“The weekend must belong to the national leagues,” Seifert said. “They are the heart and soul of professional football.”

Access to the Champions League is currently linked to performance in domestic leagues, but under one set of proposals that could change drastically, with most participating teams allowed to compete year after year regardless of their league positions. In one plan, Europe’s top 32 teams would be divided into four groups of eight teams, with the top four each season advancing to a knockout round to determine the winner.

Such a change would dramatically reduce the attractiveness of national leagues for broadcasters, where the battle to qualify for European club competitions has long been part of the narrative sold to television companies. At times, in fact, the battle for Champions League positions has often been more compelling than the race for the title, which in some countries is often wrapped up months before the end of the campaign.

Agnelli hinted that, in the future, qualification could be based on success within European competitions — a setup that would maximize places for teams already in, and serve as a significant barrier to clubs trying to break in.

“It is certainly something that is logical,” he said when asked if teams could be promoted or relegated within a closed European system. The proposals could transform soccer’s top club competition into one that resembles a similar event in European basketball, where 11 of the 16 teams in the EuroLeague are guaranteed spots regardless of their domestic performances.

For the biggest clubs, a closed-off Champions League would offer financial certainty. But the leagues are vowing to defend a structure that currently allows any team the opportunity to win — on the field — a place among the giants.

“The leagues defend the basic values of the European sport model, based on sporting merits, an open-access pyramid structure where all clubs form the foundation and all clubs could live the dream to reach the top,” said Colombo, of the European league body.

While the top clubs have forged close links to UEFA thanks to a deepening friendship between Agnelli, the E.C.A. leader, and UEFA’s president, Aleksander Ceferin, the leagues — faced with a critical leadership void at a vital moment — have struggled to present a cohesive opposing voice. The Premier League, for example, remains without a leader after stumbling in its search for a replacement for its longtime chief executive Richard Scudamore, who retired last year. And Lars-Christer Olsson, the chairman of the European League body, has only recently recovered from a serious illness.