In Williams-Osaka Reboot, a Buffer Before the Open

TORONTO — It was not so much a tennis rematch as a reboot, a chance for Serena Williams and Naomi Osaka to face off without the static and sideshow that marred their United States Open final 11 months ago.

They met Friday night in a Rogers Cup quarterfinal, together on court for the first time since Osaka’s straight-sets victory in Queens, with results that could not have been more different.

This time, the only fireworks came off Williams’s racket, as her bludgeoning power yielded 12 aces to Osaka’s none in a 6-3, 6-4 victory. Williams did not face a break point throughout the match, the third of her career against Osaka and the only one in which the elder triumphed.

When Osaka, 21, learned she would be facing Williams again, she beamed. “I mean she’s my tennis mom,” Osaka said. “She’s someone I grew up watching.”

Both of them had to be relieved to get this meeting out of the way before they return at the end of the month to the Billie Jean King National Tennis Center, where Osaka will begin her U.S. Open title defense; Williams will pursue her first championship in more than two years; and both of them will certainly be forced to relive one of the most emotionally harrowing matches in tennis history.

Williams vigorously protested the officiating in that final, losing a point and then a game to penalties that she attributed, in part, to sexism. And Osaka, in her moment of victory, wept. She initially thought the crowd’s boos were for her rather than for the chair umpire who had punished Williams.

Williams collected her thoughts about that final in an essay for Harper’s Bazaar in July, and revealed that she had sought therapy and written a letter of apology to Osaka.

The Rogers Cup quarterfinal made an ideal buffer.

After the match on Friday, there were no hugs, but the two shook hands politely, and Williams gently placed a hand on Osaka’s shoulder as they walked off.

Of course, the stakes and the setting were much different.

And the American superstar was not chasing her 24th career Grand Slam title to tie Margaret Court on the career singles list. 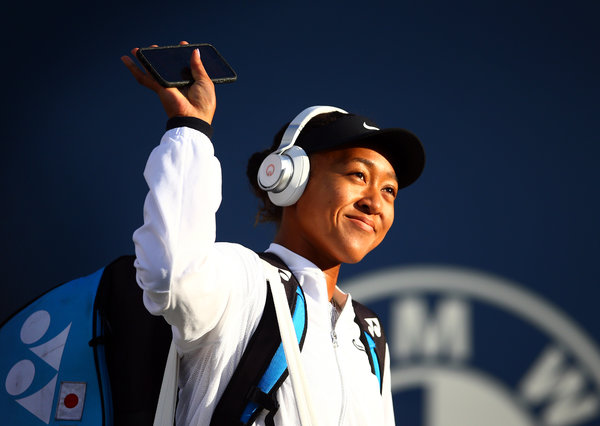 Unlike in New York, the crowd in Toronto on Friday was not overwhelmingly supportive of Williams; Osaka was cheered as well. Toronto has a substantial Asian population, and she won a lot of hearts in this city when, at the Open in New York, she became the first Japanese-born tennis player to win a Grand Slam title. She then went on to win the next major, the Australian Open, as well.

A year ago, Williams was frustrated in her attempt to match Court’s record. It’s a feat that has eluded her in her last three Grand Slam final appearances, and she has yet to win a title of any kind since giving birth to her daughter, Olympia, in September 2017.

Williams and Osaka have both had their struggles since that firestorm in New York.

Williams lost the Wimbledon final this year, to Simona Halep of Romania, and knows time is running out. She has been working hard on her conditioning, but she knows she needs more matches to make another assault on the U.S. Open. This is her seventh tournament this year so far, and she is entered in the Western & Southern Open in Cincinnati for her final U.S. Open tuneup.

Osaka has been particularly vulnerable of late. She split from her coach, brought in a new one and has since gone through a long stretch of bad results. Osaka has not won a WTA Tour title this season and is coming off a first-round exit at Wimbledon.

After that Wimbledon loss, Osaka cut off her news conference, saying, “I feel like I’m about to cry,” and left the podium.

Before coming to Toronto, Osaka took to social media to say that these last few months have been the “worst months of my life.”

All week, she looked as if she were trying to have fun again. When she made a mistake and lost a point, she would break into a wry grin and move on to the next point.

Osaka, the No. 2 seed, came into the quarterfinal having received a first-round bye, a walkover when Tatjana Maria retired with an injury and a tense straight-sets victory over Iga Swiatek of Poland in the third round.

Earlier in the week, Williams complained she felt sluggish. But her serve and powerful groundstrokes have carried her. And she moved better against Osaka.

The most dramatic moment came in the second set when Williams appeared to hurt her right arm as she slammed into the net post while trying to retrieve an Osaka drop shot. But she shook it off and closed the match with an ace.

If she was going to lose to anybody, Osaka said, she would rather lose to her idol. She modeled her own game after Williams’s, so she treated this as a learning experience.

“This is someone that I looked up to forever,” Osaka said. “So in a weird way, losing today, I accomplished my dream. I know that sounds kind of weird, but you know, if there’s anyone in the world that I would want to lose to — of course, I would never want to lose — but I don’t mind losing to her because I learned a lot.”

In defeat, Osaka will have something to celebrate come Monday when the rankings come out.

She will be back at No. 1 after the current No. 1, Ashleigh Barty of Australia, made a surprise exit earlier in the Rogers Cup tournament and No. 3 Karolina Pliskova of the Czech Republic lost in the quarterfinals to the Canadian Bianca Andreescu.

Williams was so effective in the rematch with Osaka that she was asked if the result last year in the U.S. Open final would have been different had she played at this level.

“I don’t know,” Williams said. “I think she was supposed to win that, and she deserved to win New York.” 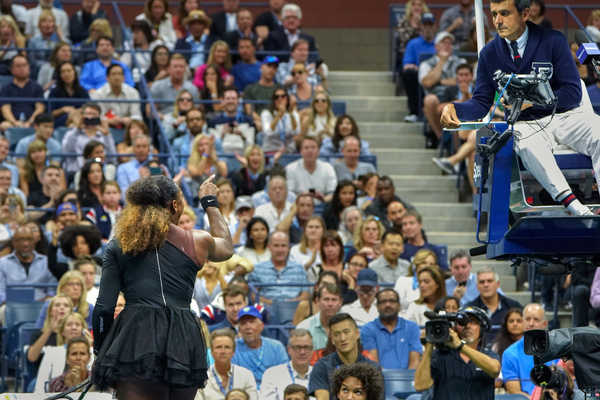 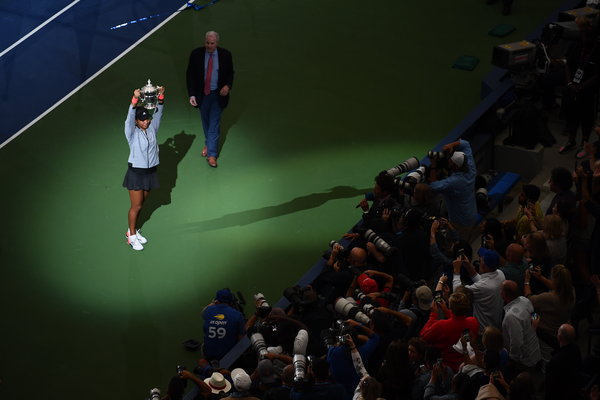