First it was Johnathan Thurston, then Cooper Cronk. Now Cameron Smith's departure from has representative football has seen the Maroons lose the key prime mover of their unsurpassed era of interstate dominance.

Since the pivotal 2006 series, where Queensland famously staved off a NSW hat-trick and gave the concept fresh legs, the Maroons have been blessed to have a river of stars and all-time greats flow through their ranks. 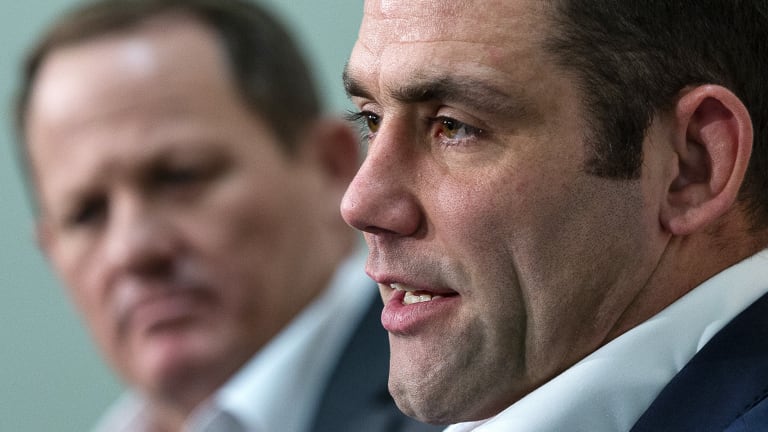 Stepping down: Cameron Smith leaves a massive hole for the Maroons to fill in this year’s Origin.

It seemed infinite. Darren Lockyer was central to the revolution under Mal Meninga, as were Thurston, Cronk and two men destined to play in this year's series, Billy Slater and Greg Inglis.

Yet it was Smith that was the constant in the engine room through a record 42 games, the most of any player for either state. He would relentlessly drive them onwards, raise standards to new levels and torment NSW with his stone-cold decision-making at the right end of the contest. And he was an iron man, missing just a single game – 2010's series opener – since making his debut in 2003 and defying a rig most of his teammates joked was better suited to tax accounting. When Thurston arrived in 2005, the pair celebrated 11 series victories in 12 years.

After being central to the evolution of Origin becoming a game so intense that it would smash through rugby league's preconceived boundaries of physical and mental endurance, the beast would bite back last year.

Smith, 34, said part of the reason was his devotion to his family, who often saw him on the road for extended periods with Queensland and then Australian at the end of the NRL season. The other was because time had done what a seemingly endless cast of NSW opponents could not – pummel Smith down until he could no longer bounce back to his feet. 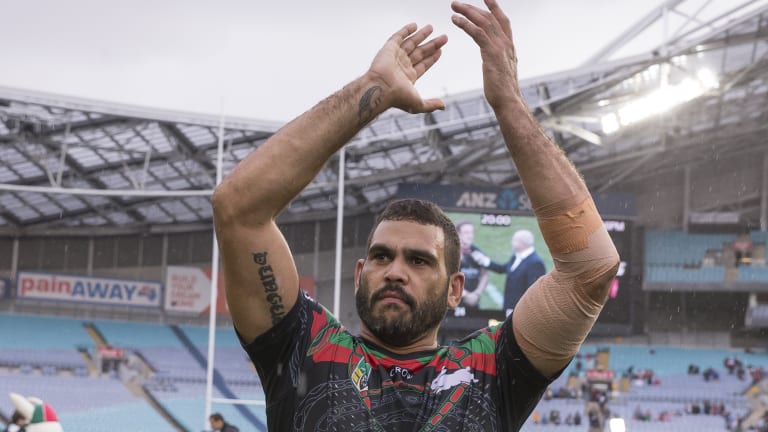 Leadership material: Greg Inglis is ready-made to be the next Queensland skipper.

"Last year, more than any other year, the Origin series in particular had an effect on me both physically and mentally," Smith said. "I couldn't quite back up after any of those Origin matches and maybe that was a sign there that it was time, because I have always been very proud of my ability to back up."

News of Smith's shock decision saw oddsmakers wind the Blues into heavy favourites for this year's series and coach Kevin Walters now has some decisions to make ahead of the opener in June 6 at the MCG. The steady departure of Queensland's superstars of the era has been handled so well mostly because there has always been another ready to take the reins.

When Lockyer finished in 2011, Cronk was already a force at that level and would join with Thurston to become an equally potent playmaking combination. With Thurston injured for last year's finale, Cameron Munster took to Origin like a duck to water, while Cronk's absence this year has already been partly soothed by the brilliant form of heir apparent Ben Hunt. 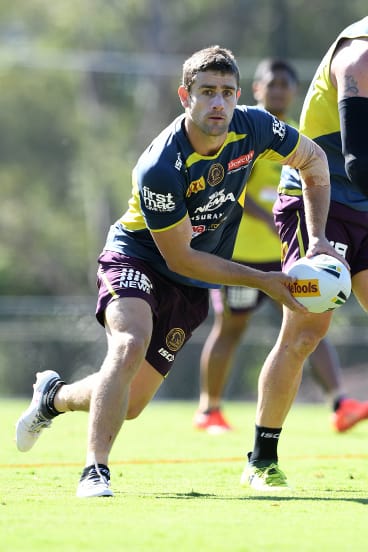 Rake in waiting: Andrew McCullough has bided his time and is set to get his chance at No.9.

But Queensland haven't really had to look for someone other than Smith to wear the No.9 jumper for some 15 years. Matt Ballin played his sole Origin on the only night Smith had off and Queensland won anyway. The time now looks perfect for Brisbane's Andrew McCullough to finally get his chance. The Dalby-bred 28-year-old has amassed games in the NRL and looks more than ready.

He's not a game manager in the same calibre of Smith, nor does he have a kicking game that can regularly turn the Blues on their heels. But he's about as tough as they come and will tackle himself to a standstill in the middle of the park.

Smith's calming presence around the Queenslanders was one of the reasons they oozed such supreme confidence and his aura as captain will be sorely missed as the Maroons embark on another rebuild in a key position.

From the moment he took to the field as a kid, Smith captained almost every team in which he ever played. There's likely been none better in any era of the code. Yet Walters finds himself blessed on that front, too. Slater could well be playing his final series and be entrusted with a caretaker role, which would be a fitting reward for his peerless service from fullback.

But it is Inglis that leaps forward as the stand-out candidate. The Rabbitohs centre, at 31, remains a colossal figure in the game and would puff out his already enormous chest if given the honour of leading the Maroons. It would be a fitting appointment for a man that has been at Smith's side for so many of his triumphs at every level of the sport.