Inglis set to take lead for Queensland as Scott dumped

Greg Inglis is set to lead Queensland into a new era without Cameron Smith, Johnathan Thurston and Cooper Cronk, with the South Sydney superstar to be named as the Maroons' new captain for the first match of the State of Origin series while long-standing prop Matt Scott is poised to be dumped.

Smith's shock representative retirement this month left Kevin Walters suddenly contemplating life without one of the game's greatest ever players, having already had champion halves Thurston and Cronk call time on higher honours. 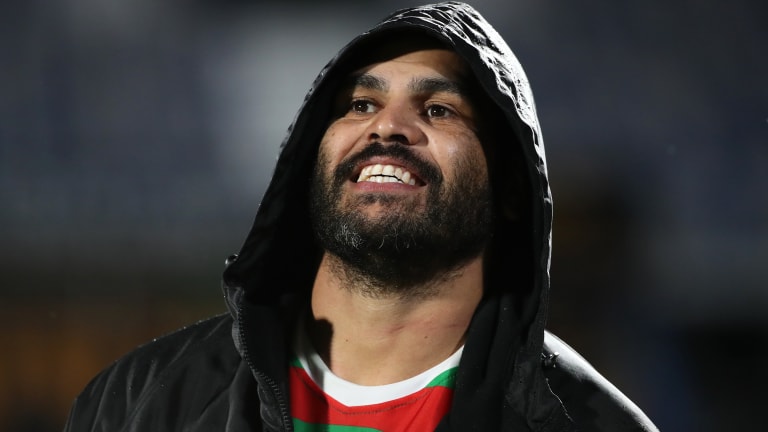 Skipper: Greg Inglis is primed to be named the new Queensland captain.

Inglis will take over as captain of a Queensland team that is chasing a 12th series win in 13 years. Not only will there be a new leader at the MCG on Wednesday week, but other new faces. One player who it's expected won't be there, though, is Scott, a veteran of 22 Origins for Queensland. The North Queensland Cowboys front-rower, who hurt his knee in their match against Melbourne on Friday night, has been overlooked.

Brad Fittler's new-look team will be the talk of the town when it is officially named on Monday night but Queensland is not short on newcomers either, with three to get their first taste of the interstate arena.

Broncos hooker Andrew McCullough comes in for Smith while Melbourne's Felise Kaufusi and Gold Coast's Jai Arrow are also called up for the first time.

St George Illawarra's Ben Hunt is expected to miss some training during the week as a result of a cork in his leg suffered during the Dragons' defeat to Penrith on Saturday night. 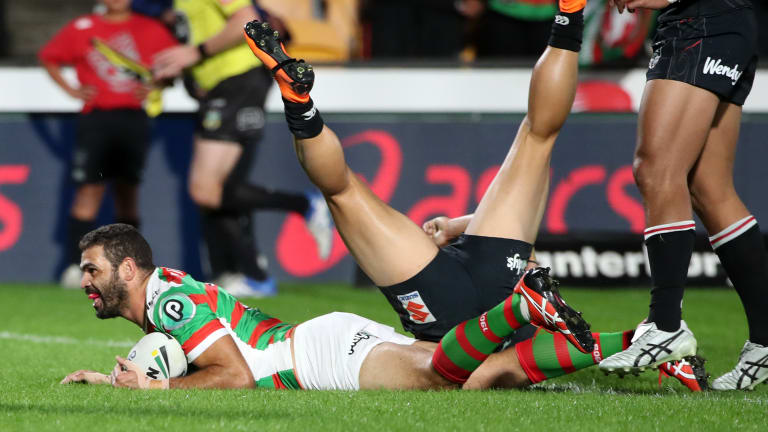 On form: The Rabbitohs fullback is playing well and a player the Maroons already look up to.

Hunt spoke to Walters after the game and was confident he would not be troubled by the time the series-opening contest came around. He will figure in a new playmaking combination with Melbourne's Cameron Munster, who made a memorable debut in the third match of last year's series.

"I knew it was just a bad cork straight away. You do think the worst. When I got out (after half-time) I couldn’t really run properly. The coaches realised that and got me off," Hunt said. "I’m extremely anxious [about selection]. This has been the biggest opportunity I’ve had to get that position. I feel I’ve played pretty well to start the year and put my hand up. It’s in the selectors and Kevvie’s hands now.

"I’ve played pretty much 80 minutes every game this year. The biggest thing is getting your fitness right [to play hooker]. Origin is a different game. I felt I adjusted to it last year.

Hunt said the cork had come from a bit of "friendly fire" from teammate Jack de Belin.

"It happened in the first 10 minutes. [Walters] didn’t really give me much but told me to get home and look after my leg. That’s all he said to me," Hunt said. "Preferably yes [prefer to play halfback] but I don’t care where they put me. I’ll wear the No.10 if they want me to. It doesn’t bother me. It will be exciting. It’s going to be ramped up a bit more [against the Dragons guys] if I’m there.

Brisbane's Darius Boyd was tipped to be an unlucky man out due to Queensland's resources out wide, with Dane Gagai and Valentine Holmes to get the nod on the wings.