JUVENTUS boss Maurizio Sarri celebrated in style as he swigged champagne and smoked a cigarette while covered in foam after winning the title.

The chain-smoking Italian ensured the Old Lady maintained their Serie A dominance with their ninth consecutive title. 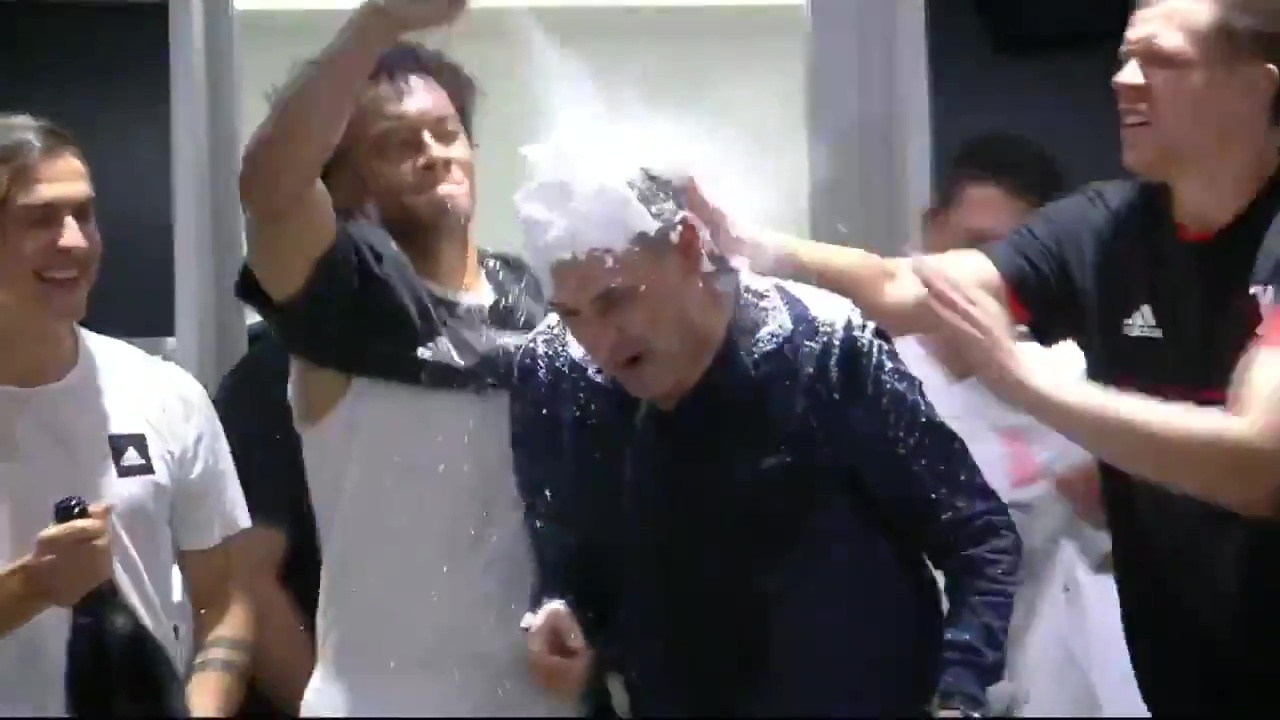 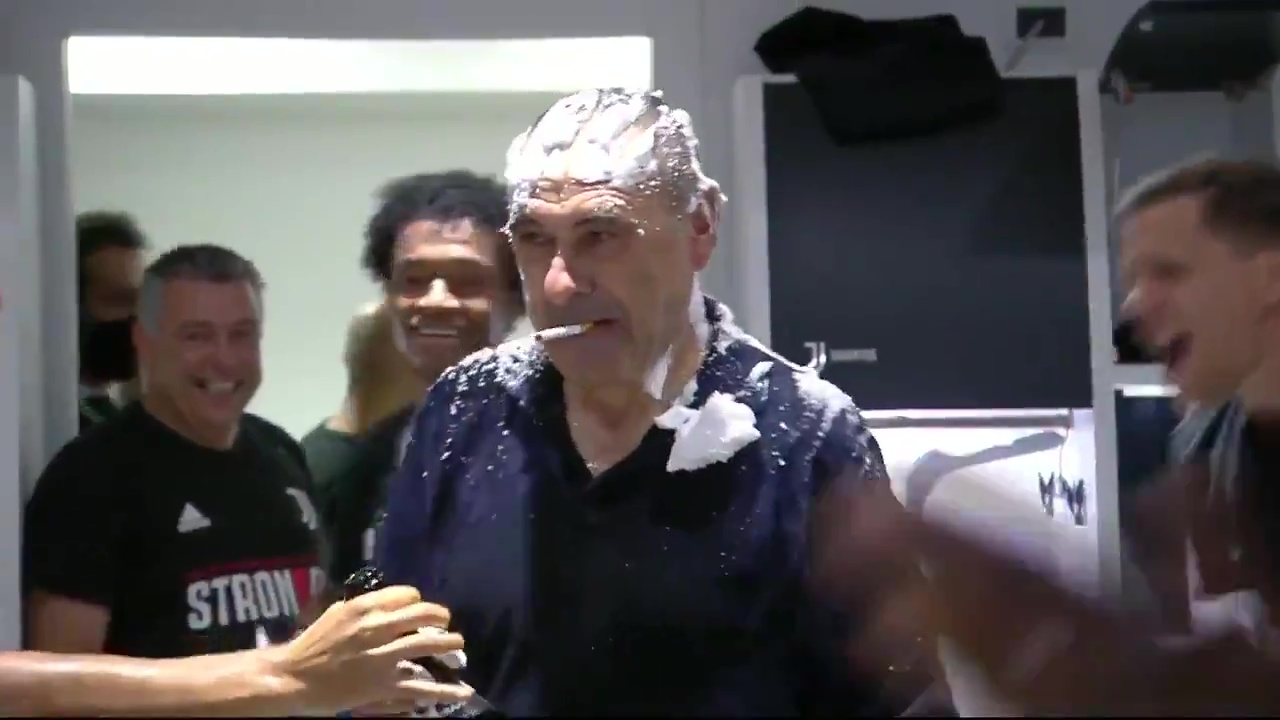 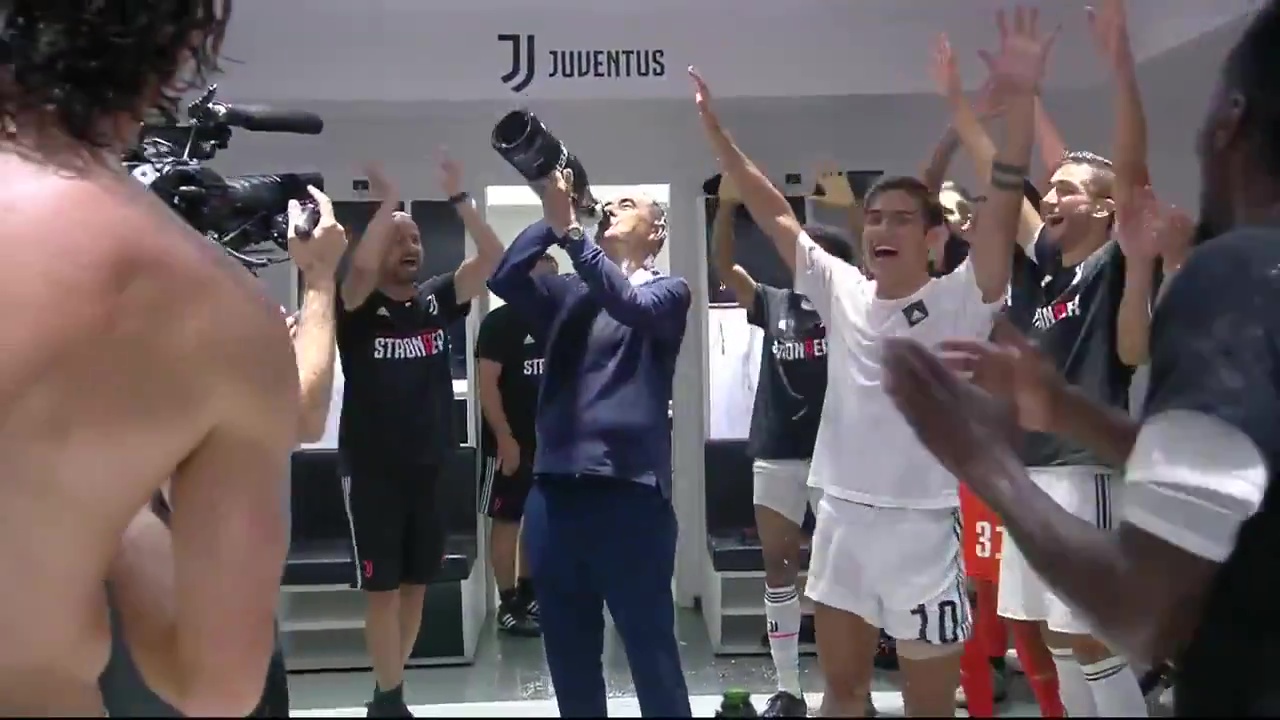 A 2-0 victory at home to Sampdoria on Sunday night that included Cristiano Ronaldo bagging his 31st league goal of the campaign, made certain they completed the task with two games to spare.

And while they celebrated on the pitch lifting the Scudetto, it was in the dressing room where the real party got underway.

Footage released by Juventus shows Sarri, 61, enter the changing room before Juan Cuadrado pounces and sprays foam on top of his head.

The ex-Chelsea manager didn't appear fazed and pulls out a cigarette before being handed a huge champagne bottle.

They then takes a swig much to the delight of the Juventus squad who cheer in the background.

In other clips the team can be seen jumping up and singing while Pablo Dybala sprays champagne around the room.

Ronaldo, usually the centre of attention, takes his position towards the back.

But he made it for it by uploading an image to Instagram of the squad in celebration while wearing a pair of tighty-whiteys.

It was Sarri though who took most of the plaudits after delivering his first ever major league title.

While conducting his interview to Sky, former Arsenal stopper Wojciech Szczesny handed him a cigarette and said: "Come on, you deserve it."

Sarri then said of his group: "The first day, I step into the locker room and know there are some top players.

"After a while, you walk in there knowing there are some great guys you can rely on too. 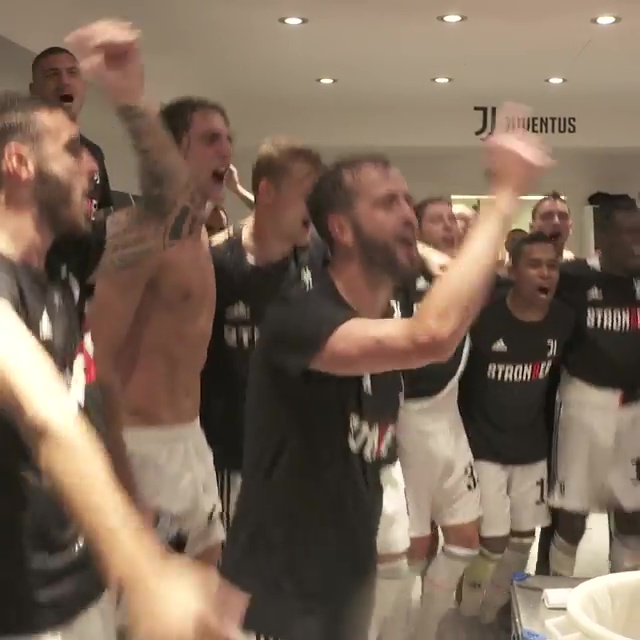 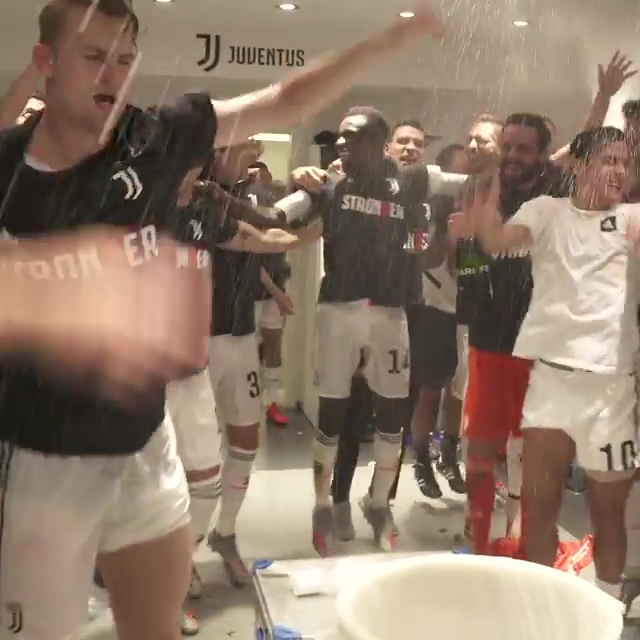 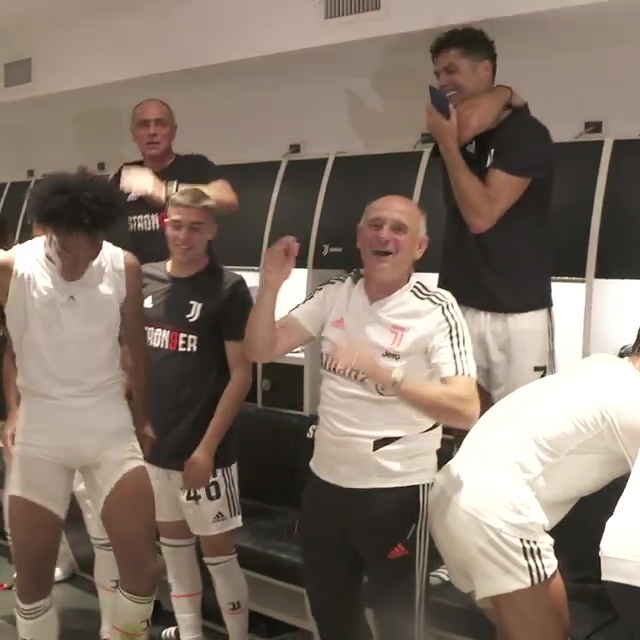 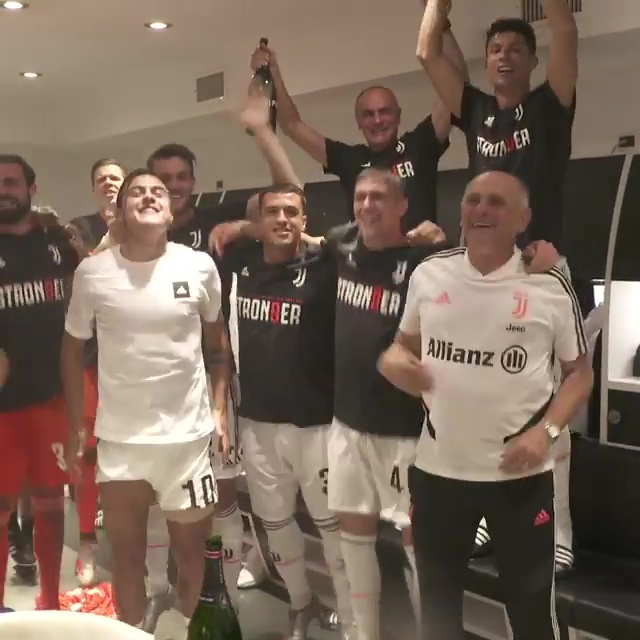 "It has a special feeling, of course. It's difficult to win, it becomes even more complicated to keep winning, as taking something for granted in sport is one of the biggest lies in the world.

"It was not a walk in the park. It was long, difficult, stressful, and this squad deserves a lot of credit for continuing to find the hunger and determination to keep going after eight wins in a row.

"I left the field because I was trying to avoid getting a bucket of water thrown over me, as it was obviously on its way, but I didn't manage to get away."