IF you're a local in Wetherby, West Yorkshire, chances are you would've spied Leeds boss Marcelo Bielsa doing something incredibly down-to-earth.

The Argentinian manager, who is a cult hero among the Elland Road faithful, enjoys a modest existence in the peaceful market town. 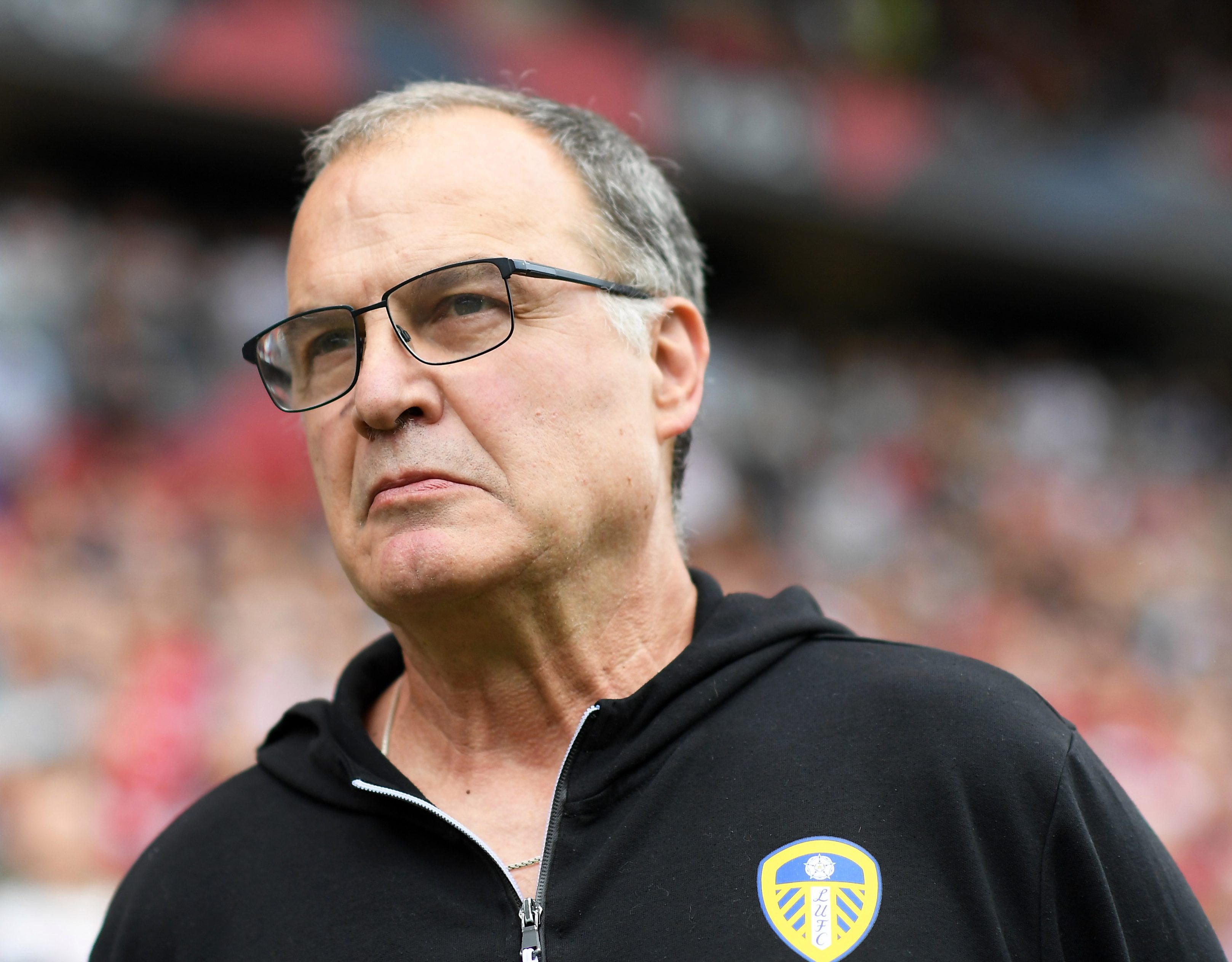 The 64-year-old, on a reported £6m-per-year, rents a small one-bedroom 'granny flat' in the area, just so he can live near Leeds' Thorp Arch training ground.

Better still, wanting an easy commute, Bielsa often walks to work with a backpack containing all his notes.

And when he's working on tactics, he will take himself or his backroom staff to a local coffee shop – normally a Costa Coffee – where ideas about Helder Costa & Co are deliberated over pages of A4 paper.

It's a humble life for the man nicknamed 'El Loco'.

Obsessive is one word that has been used to describe Bielsa's methods.

He was lured to Leeds by the romance and tradition of the club with a mandate to end a decade-and-a-half outside the top division.

He reportedly wasn't interested in the terms of his contract when talking to Leeds' top brass the summer before his appointment last season.

Instead, in a meeting in Buenos Aires, he outlined the changes that had to be made at the training ground after somehow acquiring blueprints to the property.

He wanted a supply of beds for his players to rest on in between training sessions, as well as an area with a pool table and PlayStation to help take their minds off the stresses of the Championship. 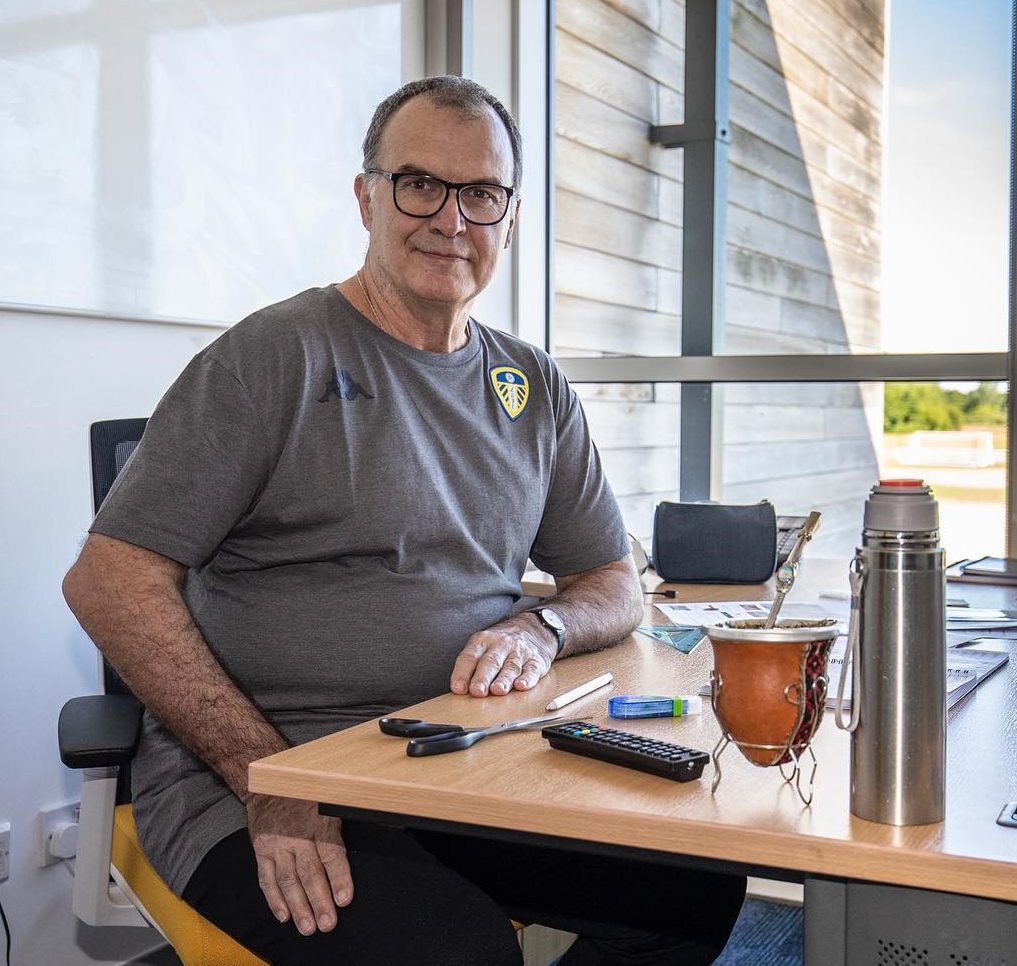 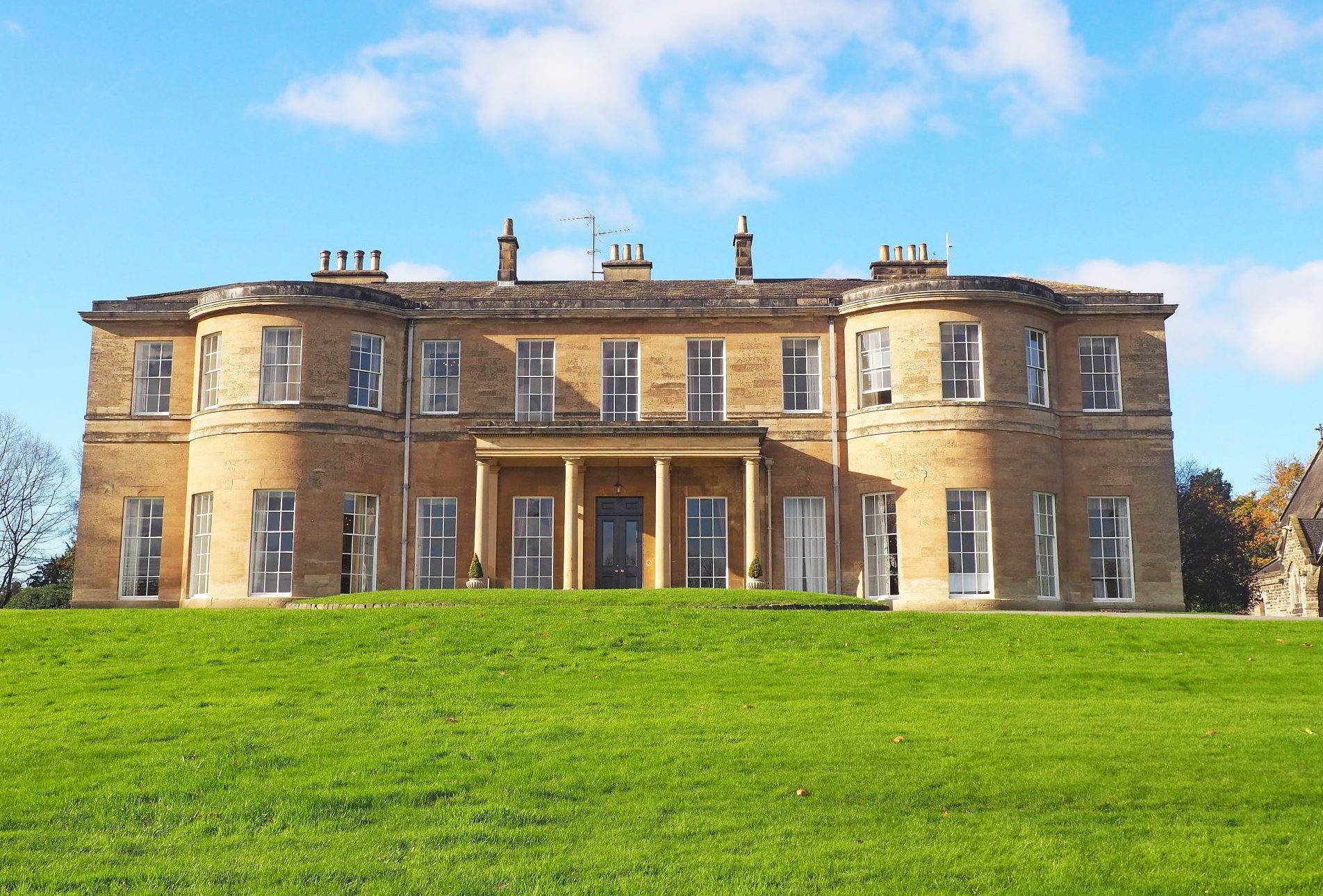 An upgrade to the swimming pool was also required, as was a log burner, which the coach wanted the players to take the responsibility of looking after.

After his requests were agreed, Bielsa was hired by  owner Andrea Radrizzani and put up at the five-star Rudding Park Hotel, an upmarket spa in Harrogate. But, unlike Jose Mourinho, he got bored of living in a hotel.

He found his own place, a one-bedroom flat above a shop, but even then is believed to have haggled over the price of rent because he didn't want to pay (what he felt) over the odds.

Eventually, after several weeks of bartering, the landlord accepted Bielsa's lower offer and he won the battle of wills.

A WALK TO WORK

Although he was seen marching around a Volkswagen garage back in May, he was reportedly shopping for a car for a pal.

Because Bielsa, famous for watching matches sat on a sponsored bucket, prefers to walk rather than take a motor.

The master tactician enjoys a 45-minute stroll to work every day, with his hood-up, carrying a rucksack full of notes and wearing his trusted over-sized Leeds tracksuit. 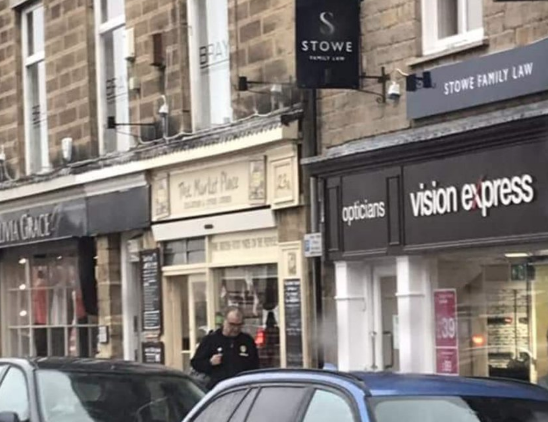 He wrote of his appearance: "No airs and graces, no pimped-up limos, just a man of the people trying to blend in."

Occasionally, Bielsa has been spotted by journalists in the area, who have offered him a lift, but he politely refuses insisting, "I like to walk."

Last February, when a German journalist said Bielsa had been a success everywhere he had managed, the Argentine shook his head.

"First of all, I can’t say I’m a successful head coach,” he interrupted.

“I’d rather say the opposite. One of the things you hear the most when people talk about me is the lack of trophies. You can verify this.”

And that's the mark of the down-to-earth Bielsa, who has been seen around Wetherby shopping  in Morrisons, buying bread rolls in a Cooplands bakery, carrying a Sainsbury's Bag for Life, and dining in Sant Angelo. 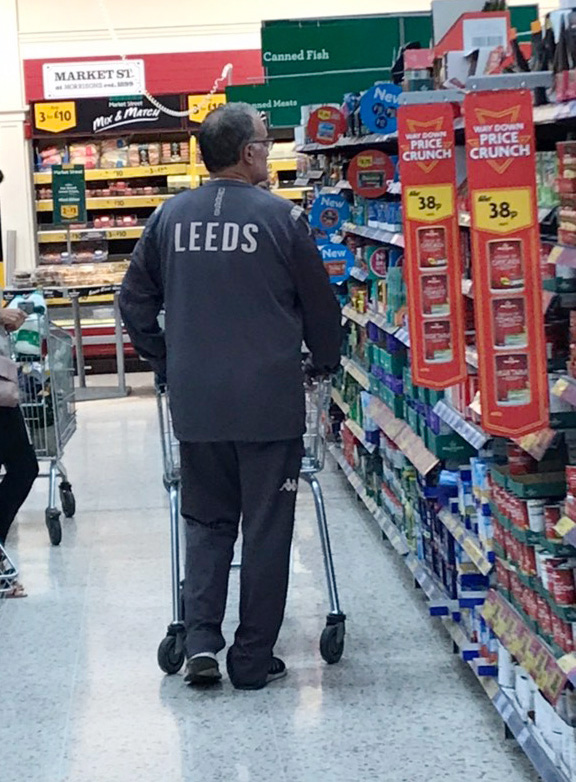 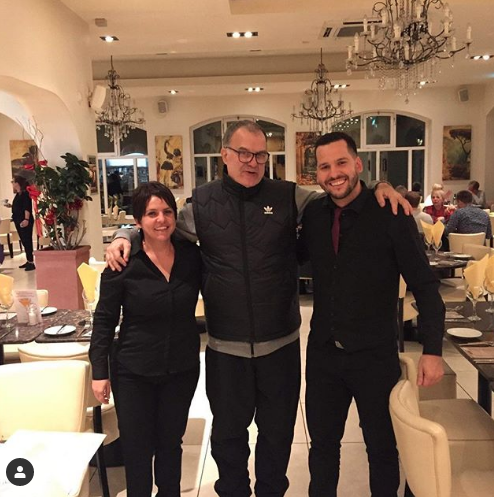 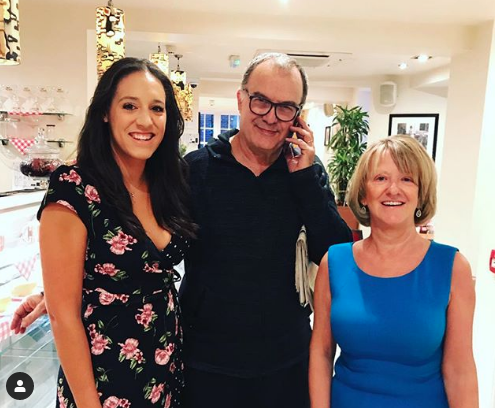 The latter, an Italian restaurant, is famous for staging live shows of tribute acts of Wham and Dolly Parton, and Bielsa is a regular.

“He’s been welcomed by customers and staff and is happy to have photos taken.

“He recently made a little boy, Jack Rose, very happy with a signed football.”

If he's not in his office at Thorp Arch, where he has a bed, a kitchen and a living room installed, Bielsa can be found in Wetherby's Costa Coffee.

It's said he has an open tab that he pays off monthly, and he and his backroom staff sit there for hours over espressos, devising training schedules and working on tactics for forthcoming games. 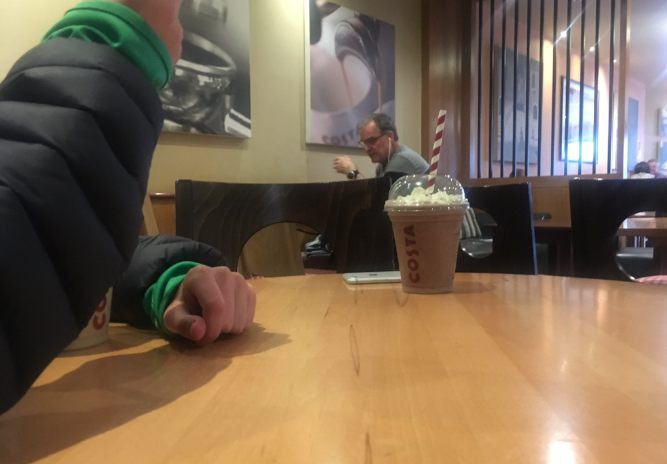 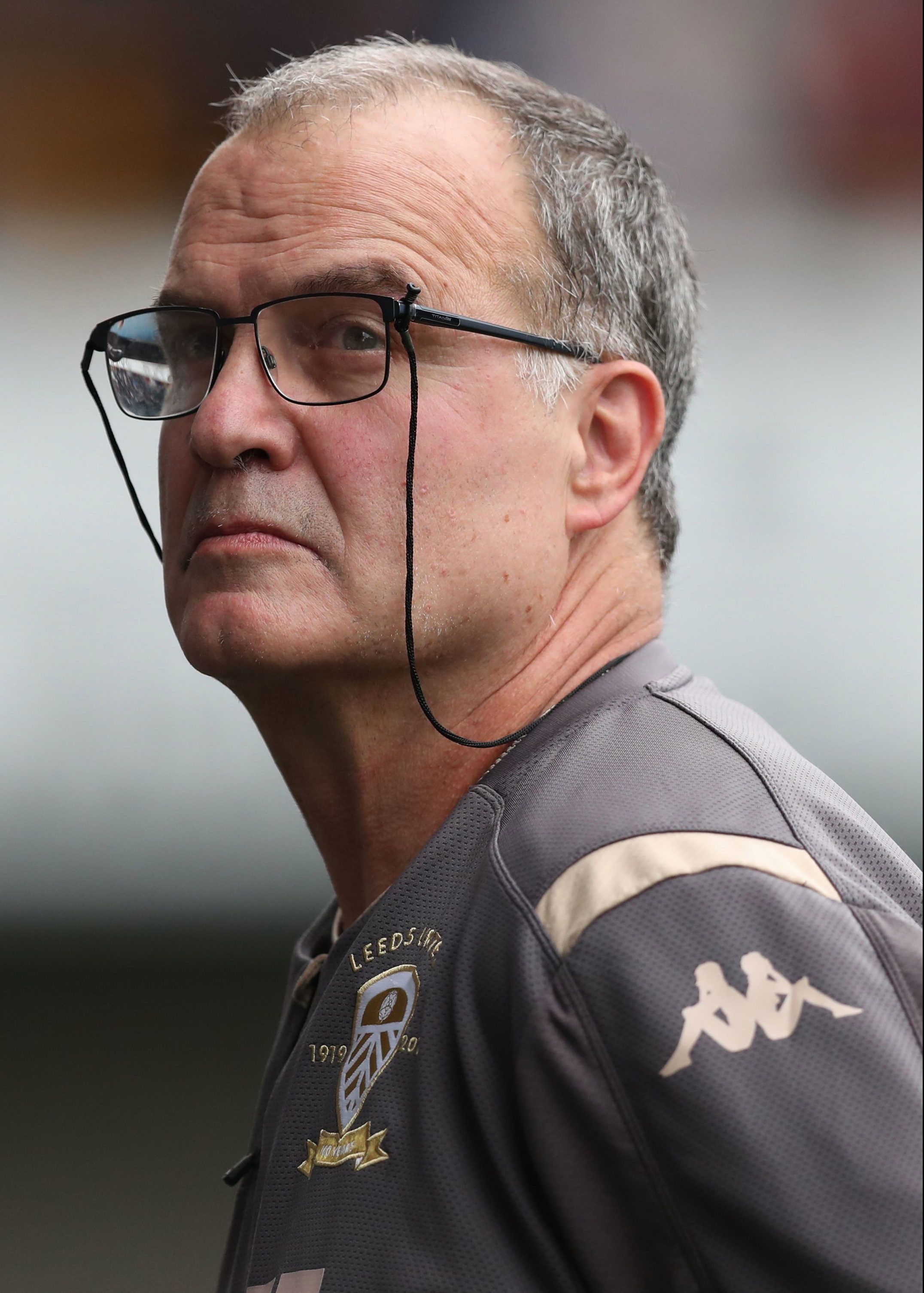 But as for British fare, while he doesn't mind a bit of haddock, it's meat he prefers.

“Much of this region is rural and I am a country man at heart,” Bielsa replied when asked about how he was settling into Yorkshire life.

“And yes, I like fish and chips… but I enjoy steak from Argentina even more.”