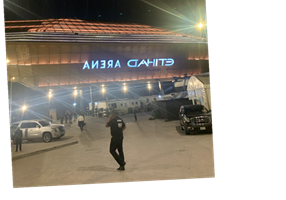 CONOR MCGREGOR's long-awaited return to the UFC will take place in a brand spanking new arena.

The Etihad Arena on Abu Dhabi's Yas Island will host the return of the Mac, which will see the Irishman clash with former featherweight rival Dustin Poirier in the main event of UFC 257. 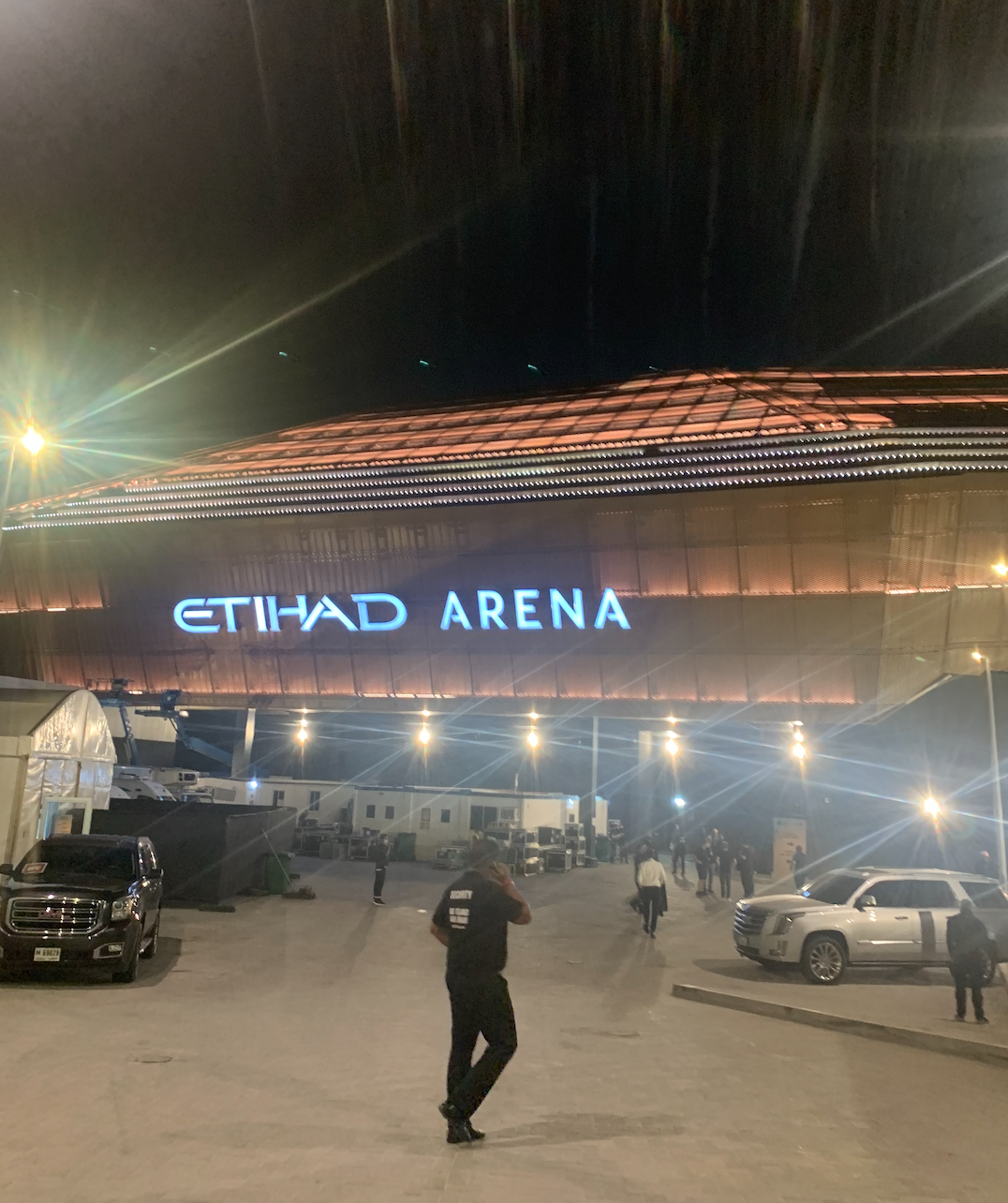 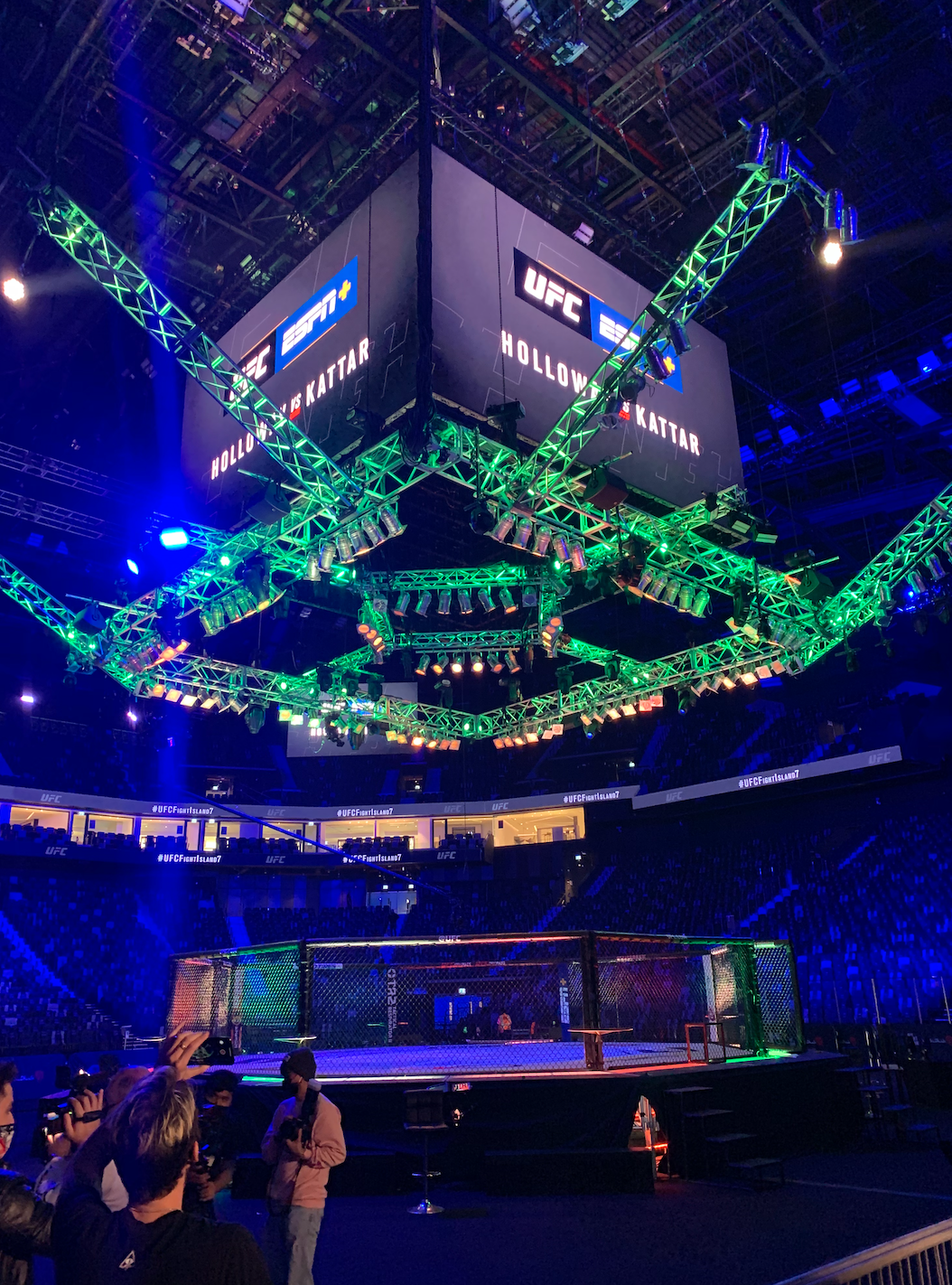 And SunSport were lucky enough to be given a tour of the venue before taking in its inaugural event last weekend.

Situated in the beautiful but still developing Yas Bay, the Etihad Arena is the latest multi-million-pound building to have been erected by BAM International.

The state-of-the-art venue – which was completed last October – has a capacity of 18,000 spectators, although they can stage events for as few as 200 people.

It won't, however, be at full capacity any time soon given the ongoing coronavirus pandemic.

SunSport revealed earlier this month the venue, which is operated by Flash Entertainment, will permit 2000 fans to attend the UFC's events. 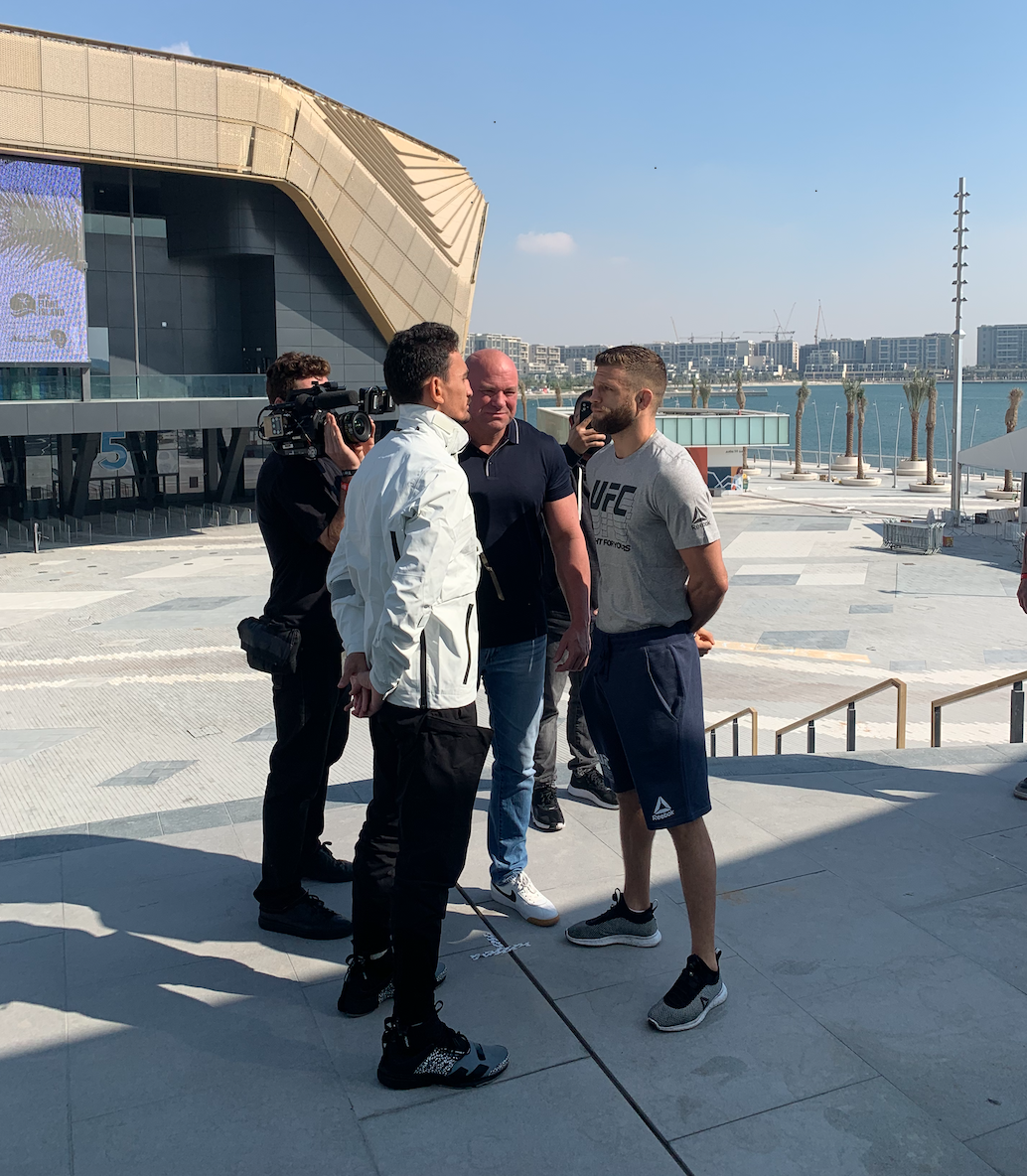 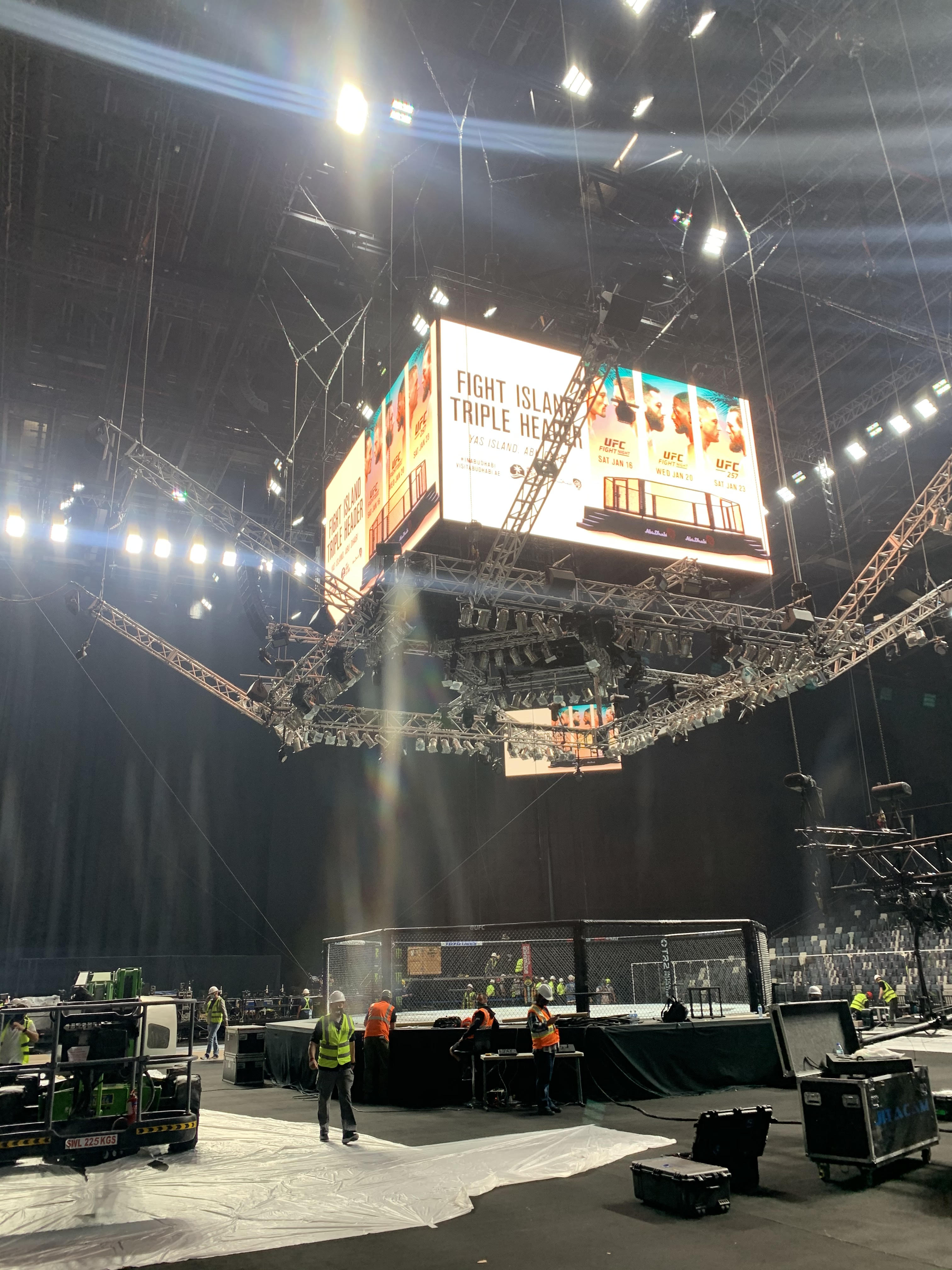 The most expensive seats in the house are the luxury couches situated on the arena floor, which provided punters with a spectacular view of the octagon.

But the seats, and indeed the view, for those not rolling in cash aren't too shabby either, with the arena installing leather-laced chairs to give fans a nice and relaxed feel.

But the best view in the building is undoubtedly the one we took in from one of the 17 VIP boxes, which would likely cost an arm and a leg to hire out.

It's worth it, though, as a personal bar, luxury sofas and big-screen TVs come as part of the package – although you are capable of customising your experience beforehand.

Everything about the arena is ultra-modern, even the way you order food and drink. 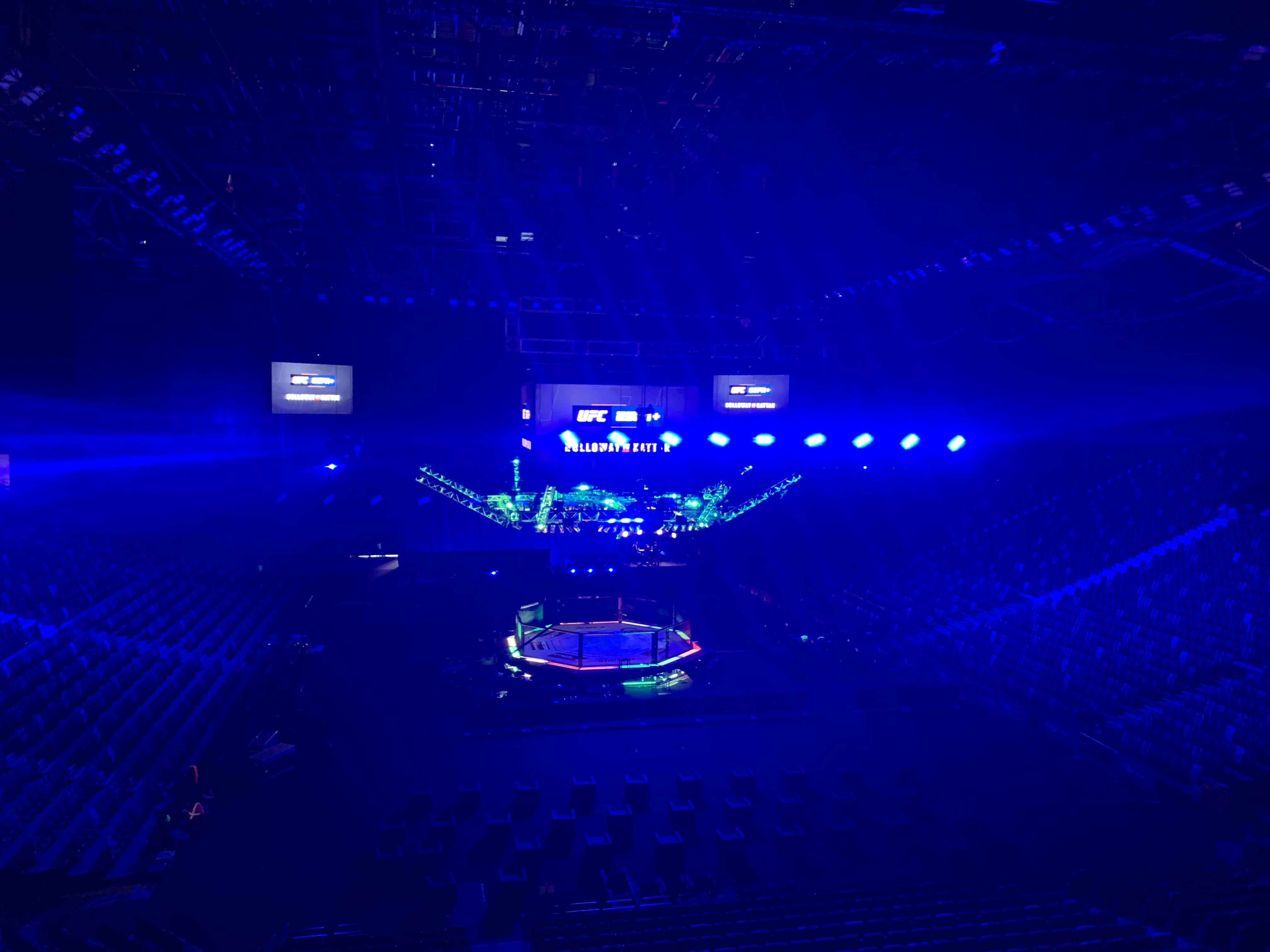 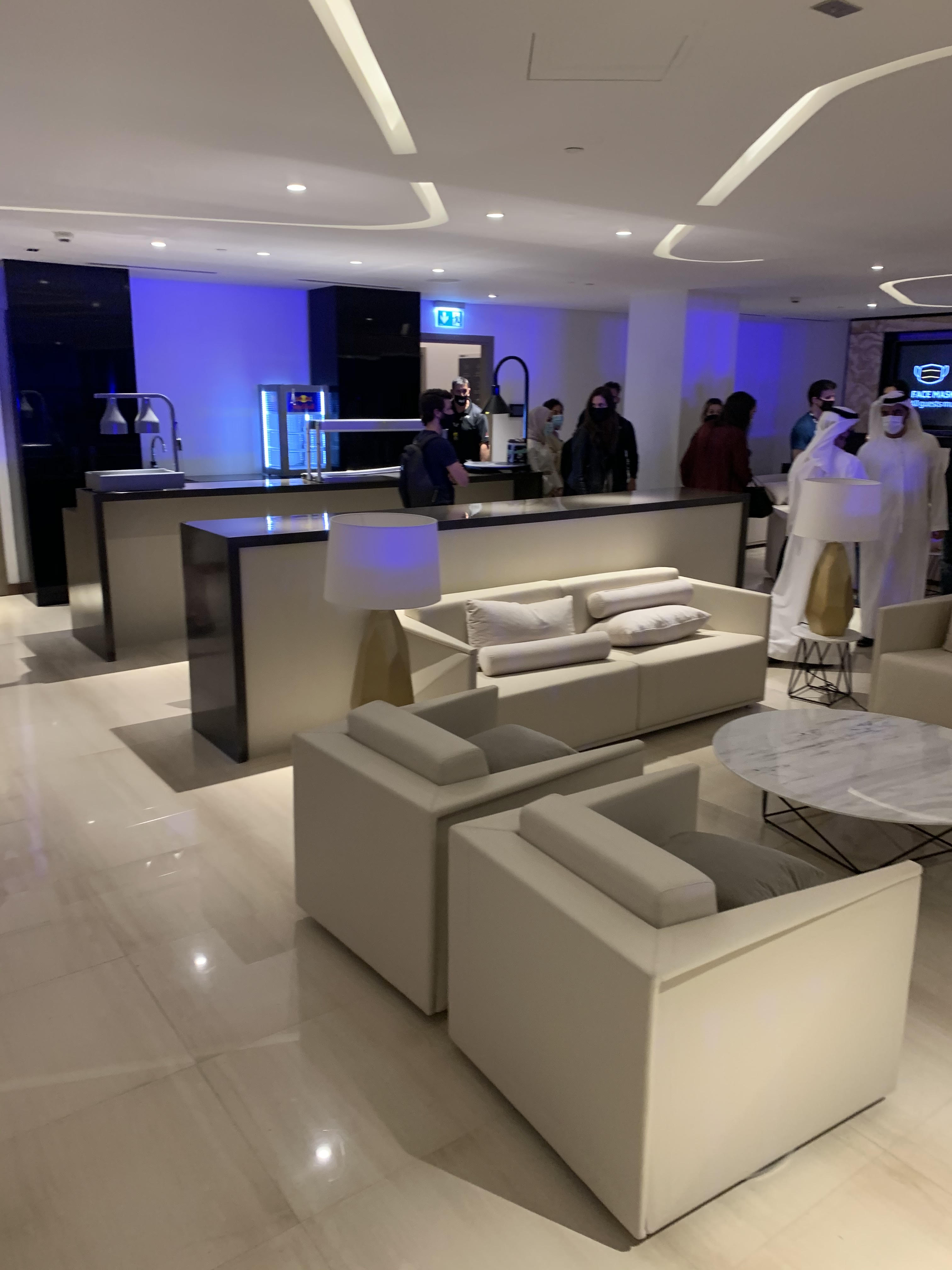 Unlike arenas and stadiums in the UK, spectators don't have to leave their seat to get their snacks and refreshments.

They're all available via the Etihad Arena app and are delivered in double-quick time by the attentive arena staff.

Speaking of arena staff, they went to great lengths to ensure those in attendance for the first of the UFC's three events – which was headlined by a featherweight showdown between Max Holloway and Calvin Kattar – adhered to social distancing guidelines.

Several rows of seats were left open to ensure separation between spectators. 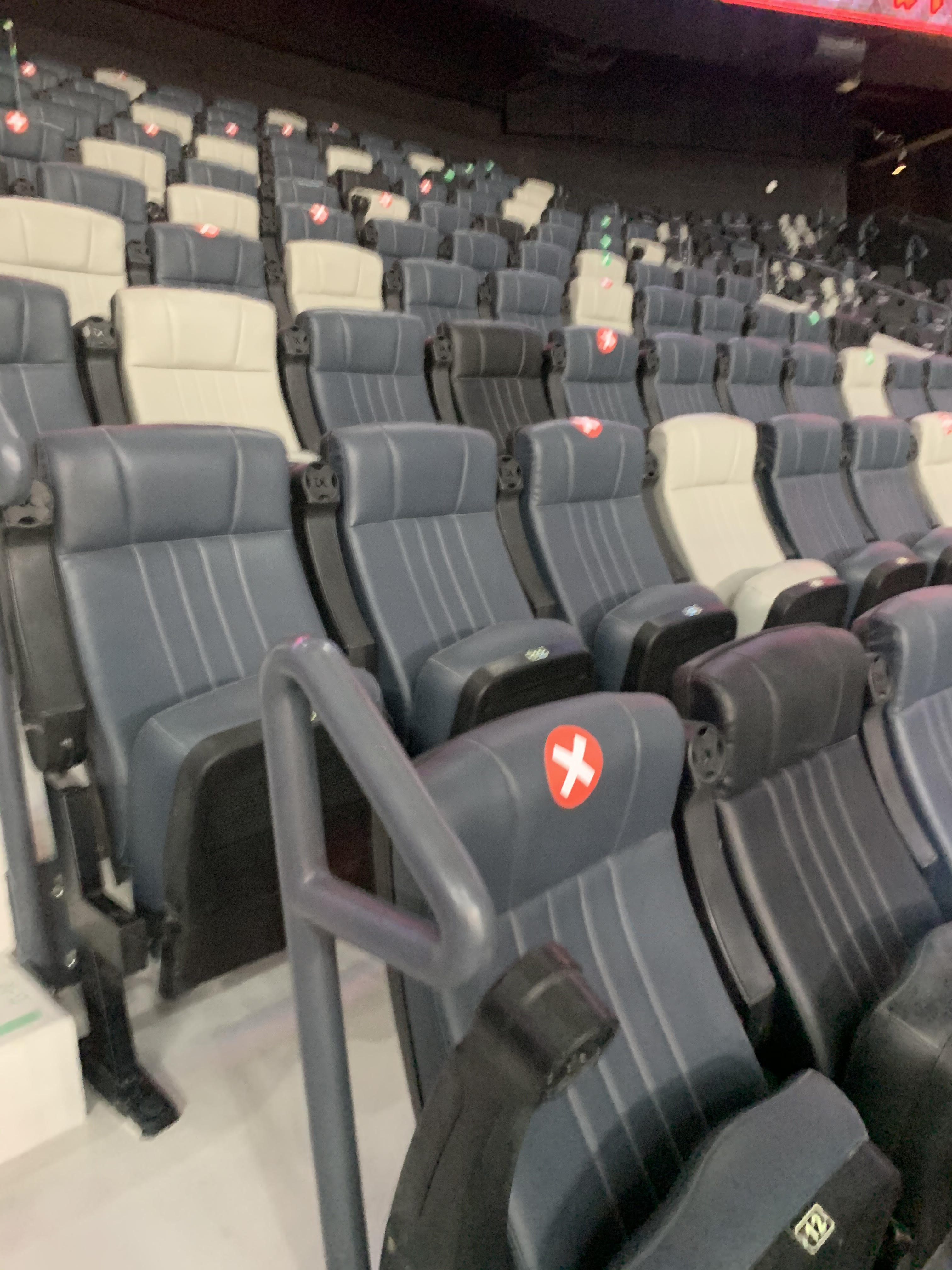 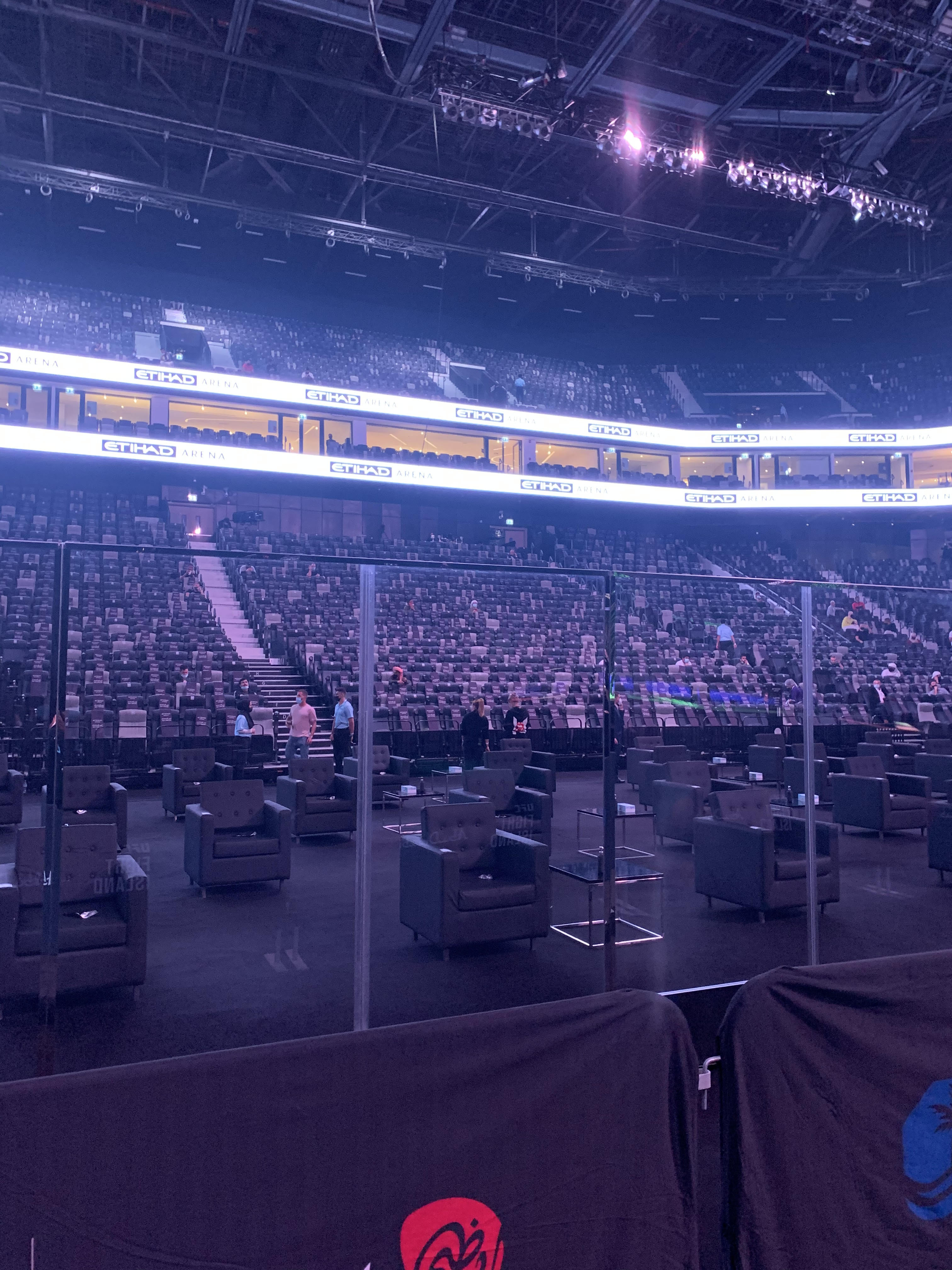 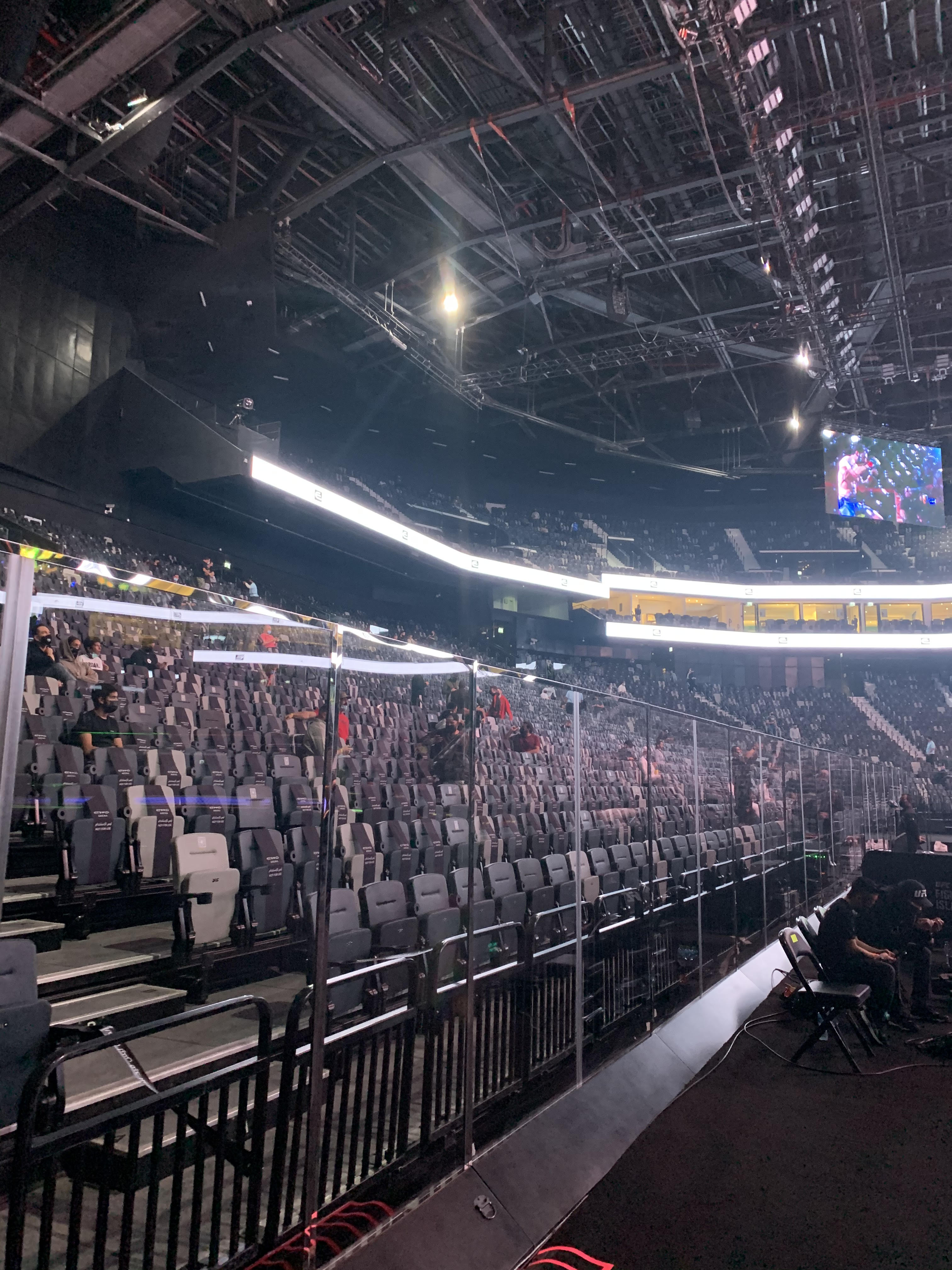 And those that were sat on the same row were kept at least two seats apart.

In addition, barriers and plexiglass were put around the arena floor itself to ensure no member of the paying public could get close to the media or the fighters themselves.

And speaking of the public, they had to provide proof of a negative 48-hour PCR test to be granted entry.

They also had to adhere to a myriad of rules whilst in the building, which will be in place for the next two events.

Spectators will be required to wear a face mask whilst in the arena, even when seated

Spectators will be required to make contactless payments for their food and alcohol, which must be consumed at their seat 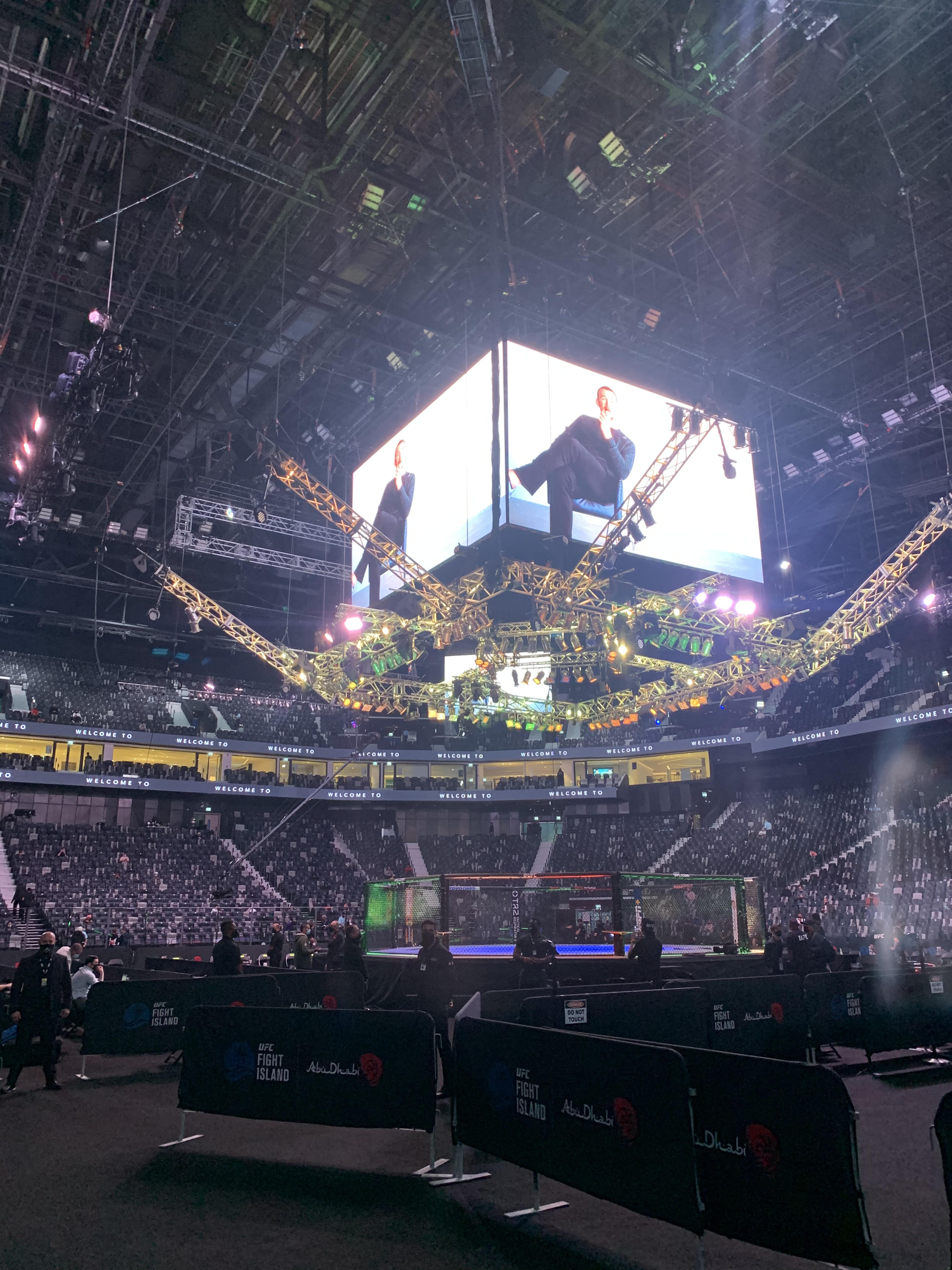 As for how the arena itself looks during an event, it's a thing of beauty. Everything from the lighting to the big screens is avant-garde.

And although there were less than 2000 fans in attendance last Saturday, the acoustics were phenomenal.

At times, it honestly felt like there were about 5000 fans chanting and cheering.

It will be a while before the the swanky Etihad is at full capacity.

But when it is, it'll be a must-visit destination for fight fans and concert-goers alike.