Moscow: The World Cup final between Russia and Croatia in Moscow was briefly interrupted when four intruders ran onto the pitch before they were hauled off by stewards.

The Pussy Riot punk band, whose members were jailed for staging a protest against Russian President Vladimir Putin in a church, said on social media that they were responsible for the pitch invasion.

In the second half of the match, four people wearing police uniforms ran out onto the pitch from the area behind the French goal. One was tackled on the sidelines but the other three managed to make it to the centre of the field before they were tackled by security officers. 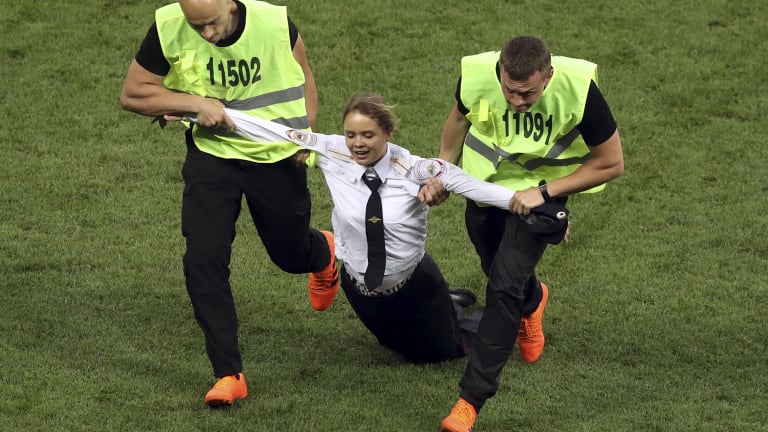 A woman is dragged from the pitch after the invasion in the second half.

Olga Kurachyova, a member of Pussy Riot, told Reuters by telephone she was one of the people who had invaded the pitch. She said she was being detained at a Moscow police station.

Three of the four were able to run about 50 metres, dispersing in different directions, before stewards wearing high-visibility jackets tackled them to the ground and then dragged them off the pitch. 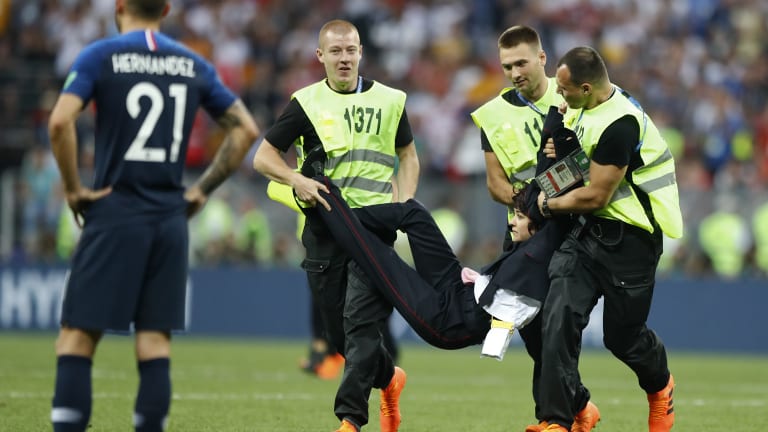 A woman dressed as a police officer is removed from the pitch.

The match was halted, but resumed about 25 seconds later. A witness at the stadium said he had seen police escorting the pitch invaders out of the stadium grounds.

"ALERT! Right now: four members of Pussy Riot take part in the final of the soccer World Cup," Pussy Riot said on their Twitter account, which is described as being run by band members Nadezhda Tolokonnikova and Maria Alyokhina. 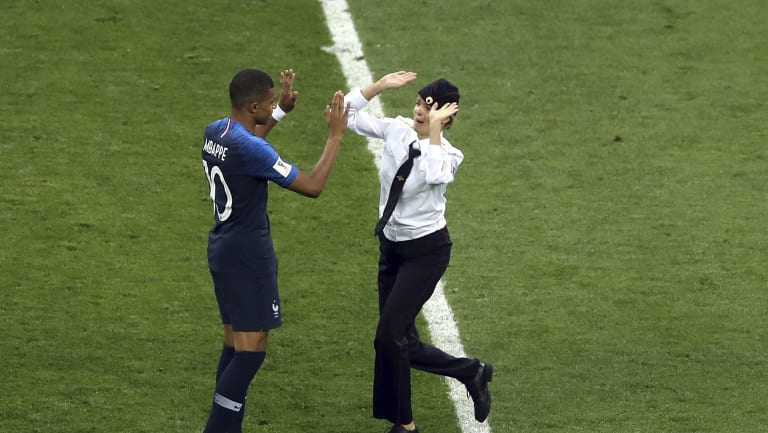 One of the protesters approached France’s Kylian Mbappe.

"Hello everyone from the Luzhniki pitch, it's cool here!" Pussy Riot wrote in posts on their Twitter and Facebook accounts almost immediately after the incident.